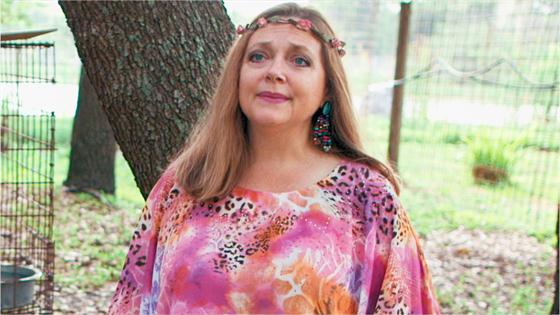 Self-proclaimed animal rights activist Carole Baskin was duped into participating in her first video interview since the release of the Netflix docuseries Tiger King: Murder, Mayhem and Madness.

Despite being a central character in the true crime show, Baskin has since denounced the show and avoided contact with the press. But YouTubers Josh Pieters and Archie Manners were able to secure an interview with the CEO of Big Cat Rescue under the guise that they worked for The Tonight Show Starring Jimmy Fallon.

In a new video posted to YouTube today, the duo described their journey to the Baskin interview as a story of "loopholes, lawyers and lies."

The 12-minute long journey documents the pranksters process to securing their interview with Baskin: contacting her for weeks, pretending to work with a third-party production company that works with The Tonight Show host Jimmy Fallon and even conducting a pre-interview with Baskin via a burner cell phone.

When time came for the shoot, the YouTubers set up a phony video conference, pretended to be producers and asked Baskin to begin naming big cat breeds to test her audio levels. Then, they offered up an explanation as to why Baskin wouldn't be able to see the talk show host. 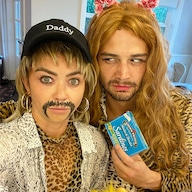 "You'll only be able to hear, but he'll obviously be able to see you," Manners explained with confidence before rolling the show's actual opening credits.

Baskin then participated in a chat conducted solely with the use of isolated soundbites of Fallon's questions from previous interviews the YouTubers scraped from the internet. "Are you getting to work on anything? What are you up to?" asked the soundboard playing back out of context clips of Fallon's voice.

"Well, unfortunately, due to the loss of tourism revenue, we had to let go about half of our staff," Baskin said. "Thankfully, all of our animal care is done by volunteers so the animals are still getting their daily care, but it means all of us are having to work double-time to make sure that all of that happens."

After a slight hiccup, the faux-interview gets back on track.

"You look like you're really handling this whole quarantine well," recites the Fallon soundboard.

"Well, we have to," Baskin explained. "We have so many cats depending on us. We don't really have a choice in the situation."

Baskin continued to converse with the soundboard, discussing her level of preparedness for quarantine, the amount of big cats at her rescue and her work ethic.

Eventually, the Fallon simulator asks: "I mean, wow, when does anyone get to see a cat?"

"After COVID-19, I just don't know if we'll ever be able to do tours again," Baskin lamented.

After the make-believe interview, Pieters and Manners encouraged the tiger-crazed activist to record some more promotional content. She even put on her infamous flower headdress.

E! News reached out to Baskin and she shared that while she was "suspicious" of the interview, she still had fun doing it.

"I was suspicious as we were doing it because the questions appeared taped," she shared. "But had no idea it would turn out to be such a fun prank. It gave us a very welcome good laugh. I appreciate their cleverness and that they created their video in a way that I don't feel was in any way mean spirited."