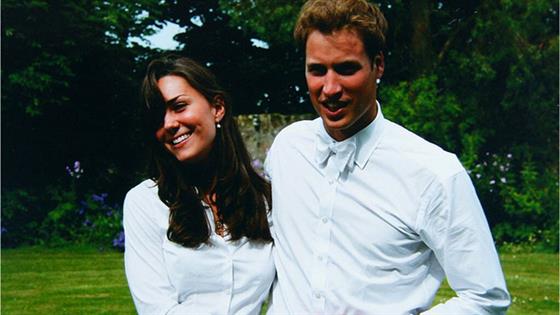 The Duke and Duchess of Cambridge celebrated nine years of marriage on Wednesday.

Their royal household, Kensington Palace, marked the major milestone by posting a special tribute on Instagram.

"Nine years ago today," the post, which featured a photo of the couple on their big day, read. "Thank you for all your lovely messages on The Duke and Duchess of Cambridge's wedding anniversary!"

William and Kate wed at Westminster Abbey in London on April 29, 2011. The bride wore a gorgeous gown by Alexander McQueen's creative director Sarah Burton and the Cartier "Halo" tiara. She carried a bouquet of myrtle, lily-of-the-valley, sweet William, ivy and hyacinth as she walked down the aisle, which was lined with eight 20-foot-high trees. William's brother, Prince Harry, and Kate's sister, Pippa Middleton, were both in the wedding party.

After the ceremony, the newlyweds traveled throughout the streets of London in a horse-drawn carriage procession. Their Royal Highnesses then shared their first public kisses as husband and wife on the balcony of Buckingham Palace. Queen Elizabeth II hosted a reception for William and Kate at Buckingham Palace, and Prince Charles hosted a private dinner for the pair that evening.

Fast-forward almost a decade later and William and Kate are the proud parents to three children—Prince George (6), Princess Charlotte (4) and Prince Louis (2)—and continue to fulfill their royal duties.

To look back at the couple's royal wedding, check out the gallery below. 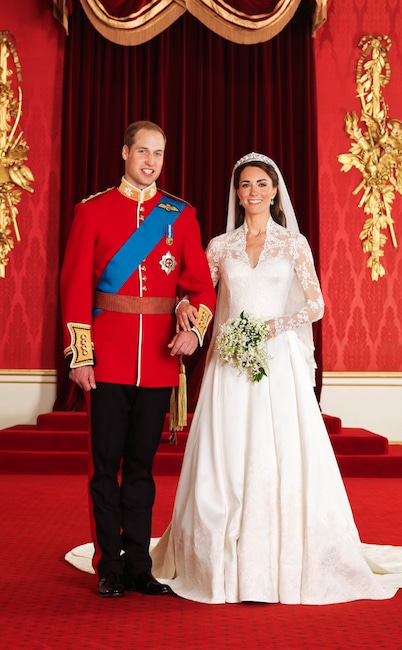 It's official! The two newlyweds pose for portraits and look happier than ever. 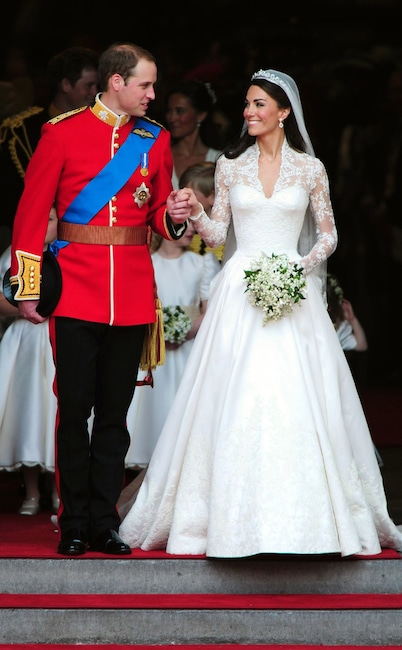 The look of pure happiness—Kate smiles from ear-to-ear as she and her husband head outside to greet the massive crowd that awaits them. 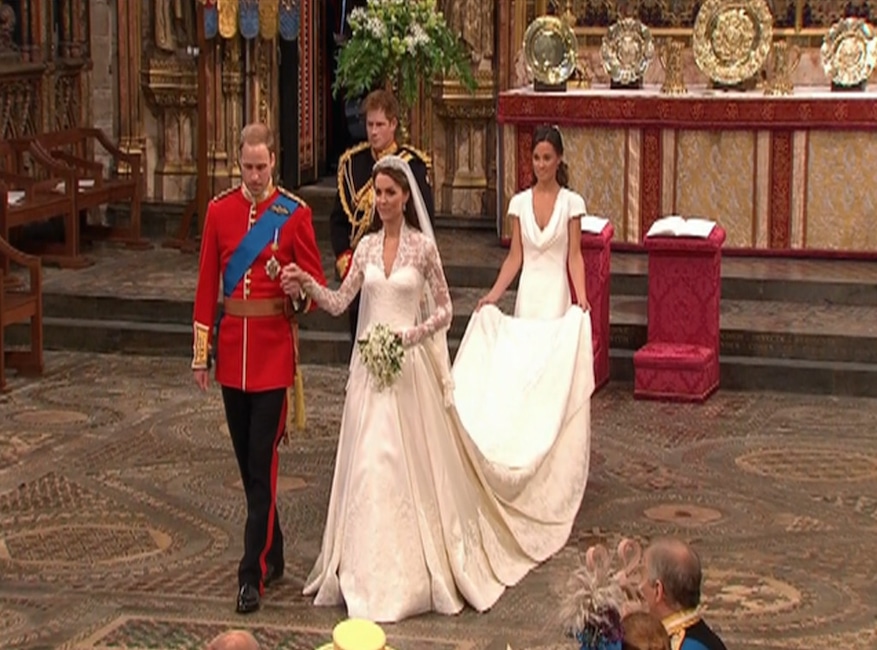 Walking down the aisle as husband and wife. The two make their way outside as their siblings, Prince Harry and Pippa Middleton, follow suit. 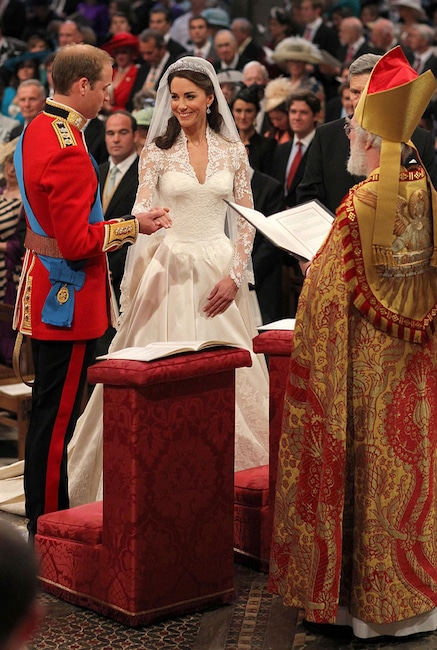 Swapping vows! There's nothing more special than saying "I do" and from the look of Kate's face, she looks absolutely delighted to start her forever after with Prince William. 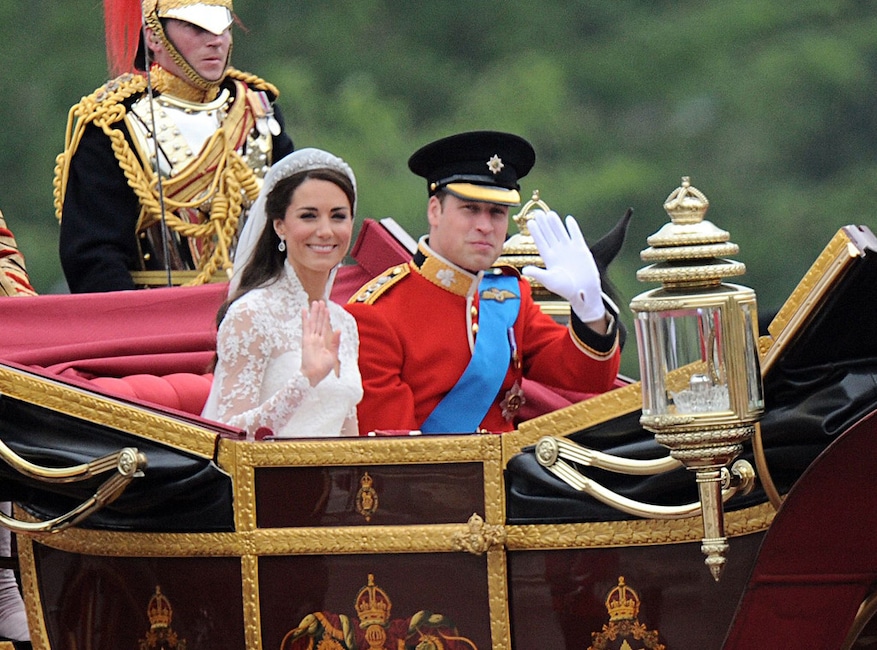 Straight out of a love story, the two lovebirds ride off in a carriage as they head back to Buckingham Palace. 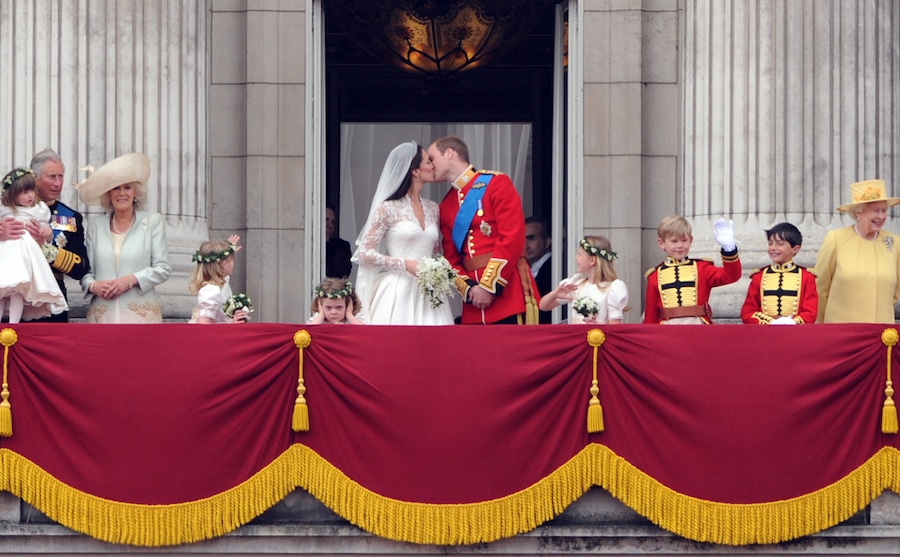 The infamous balcony kiss! The royal couple celebrates their nuptials with the rest of the world with this fairy tale-like moment. 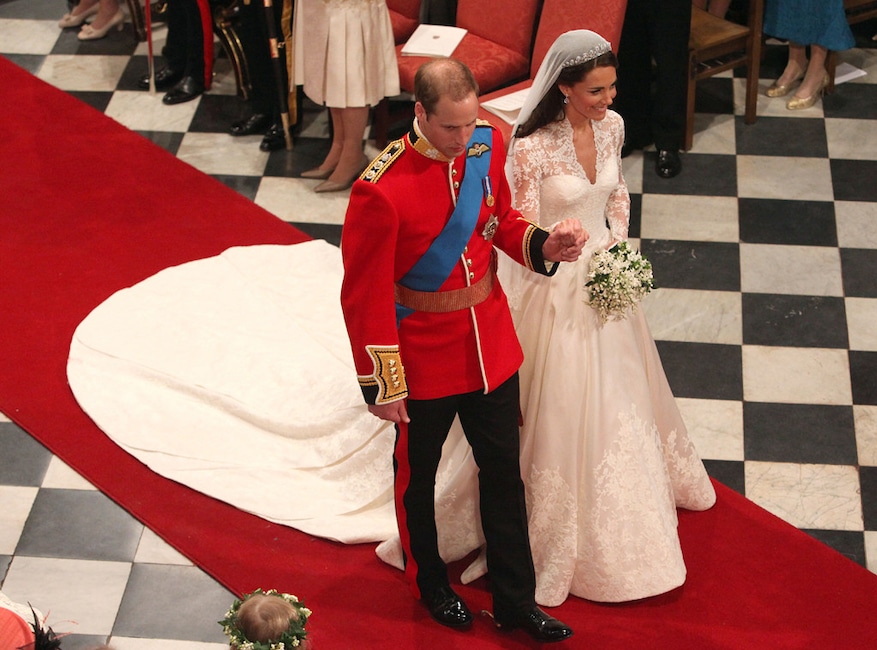 The wedding bells are ringing! The couple walks together for the first time as husband and wife. 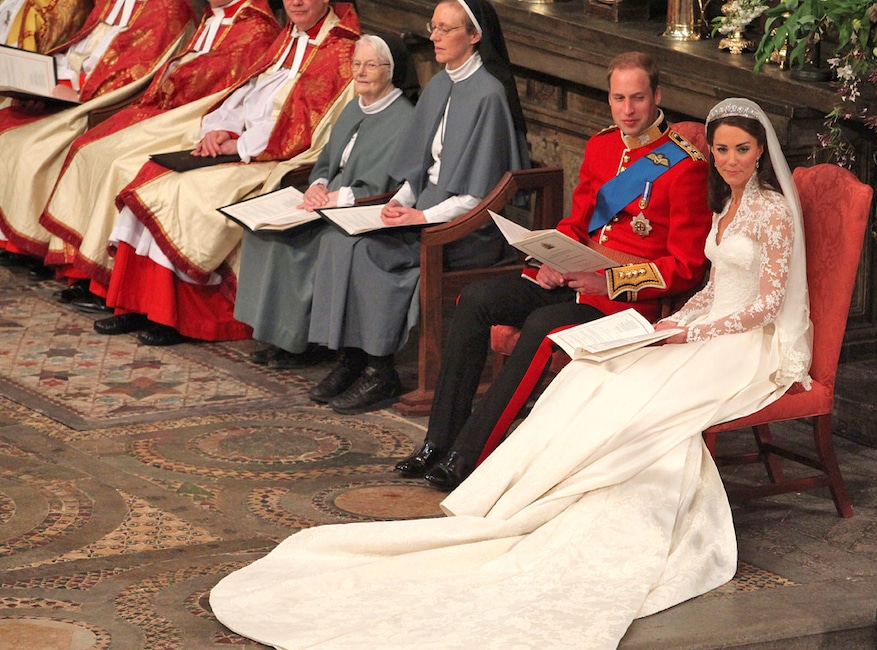 Match Made in Heaven

Middleton looks ever so regal during their wedding ceremony at Westminster Abbey, and don't they look like a match made in heaven? The answer is yes. 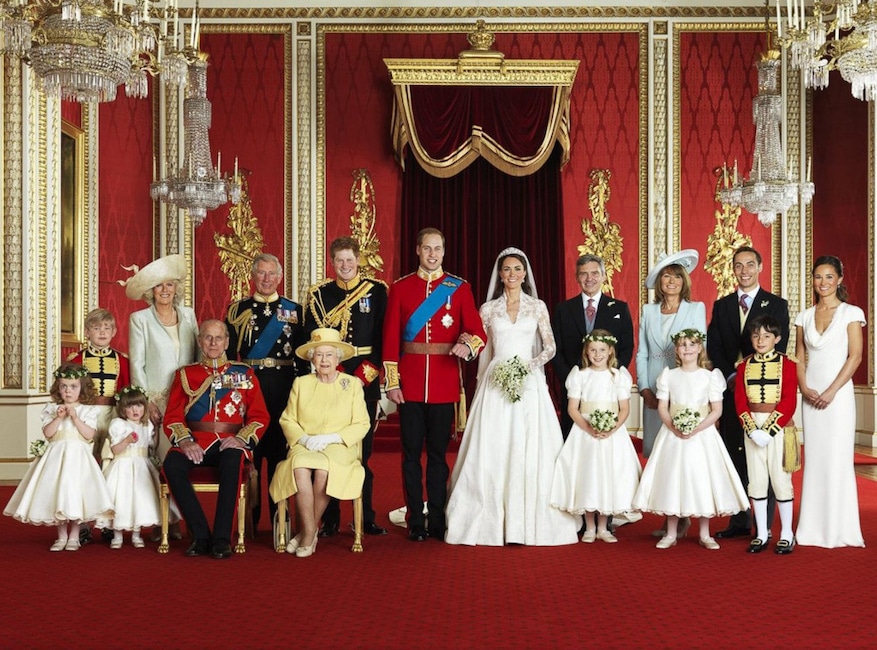 Part of the Family

Gather 'round! The Windsors and the Middletons celebrate the royal pair's wedding day with official portraits in the Buckingham Palace's Throne Room. 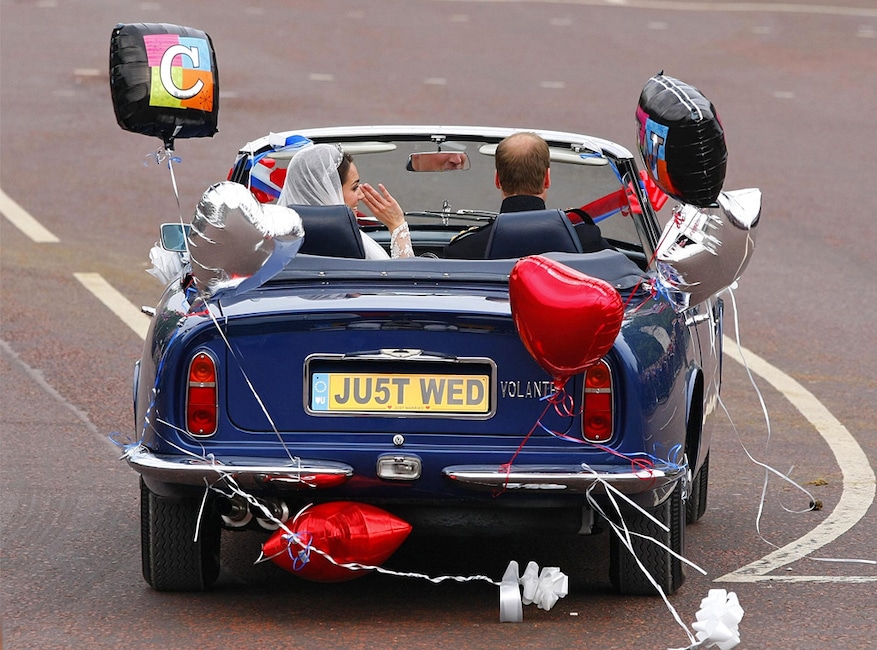 The beginning of forever—the Duke and Duchess of Cambridge ride in style with an adorbs license plate that reads "Ju5t Wed."