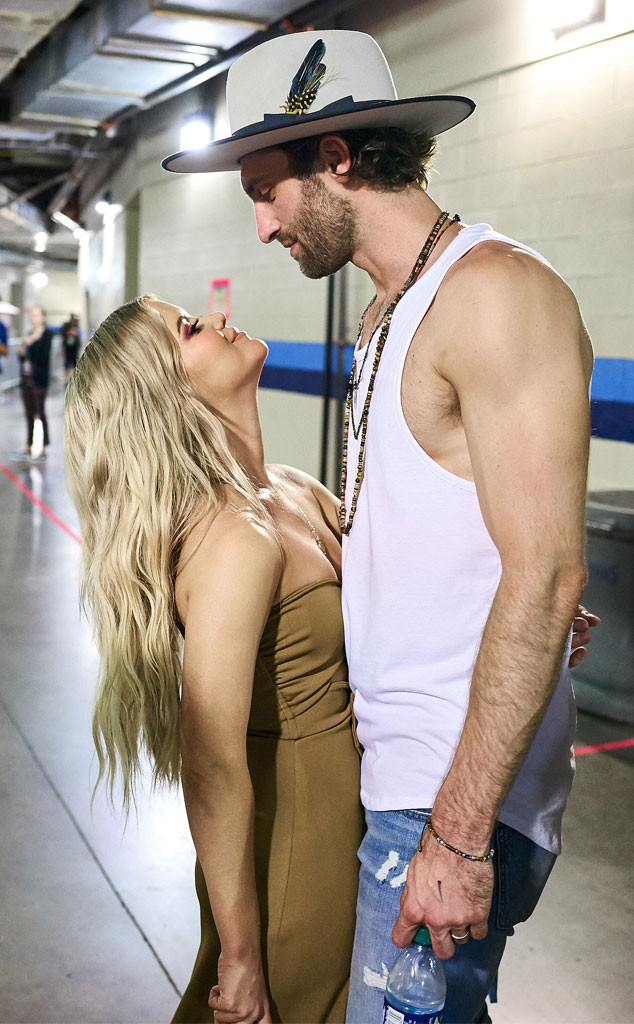 Ryan Hurd and Maren Morris are making beautiful music together.

The stars have collaborated on Hurd's new song, "Every Other Memory," delighting fans of the talented couple. In addition to their new track, Hurd and Morris are also celebrating one month with their baby boy, Hayes. The duo announced their son's arrival in March, sharing sweet photos of their newborn on social media. Now, one month down, and the new parents are getting into the swing of things.

"He's doing really well, we're figuring out how to be a family of three and that's really fun and exciting," Hurd tells E! News. "We've just been really blessed to have this time at home. It's been fun to figure it out."

"We play him a lot of music in the morning. So, I played [Beach Boys'] Pet Sounds for him this morning just because, that's one of the best albums ever made," the singer shares. "So, he got some Beach Boys and he gets a lot of The Beatles. We're making sure that he's getting a good little musical foundation."

Hayes has also likely had a chance to hear his dad's new song, which features background vocals from Morris. 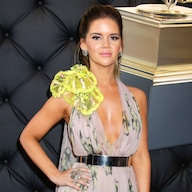 "Maren, whenever she hears one she likes she asks just to sing harmonies on it," Hurd tells E! News. "That's just kind of how it's always been. So it's really fun to have…whenever we get to do something together."

"That song has been really fun, I've been working with the same producer since I was a kid. We grew up together in Kalamazoo, Michigan. It just feels like this is just the most kind of accessible song that we've put out. I'm sure Hayes has heard it through the walls, that's for sure." 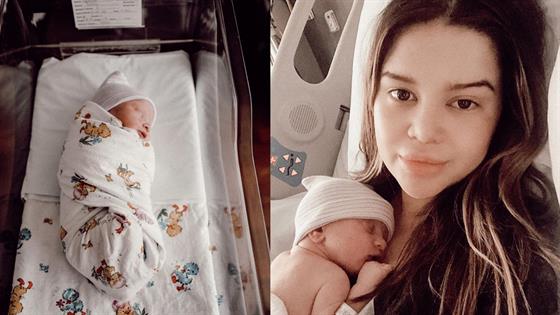 Hurd adds that Morris has a "standing invitation" to join him on any song.

"I think that's when we knew the song was special. When we were recording it, she happened to be at the studio hanging out," Hurd recalls. "My manager was there, we share a manager. When that song started playing it was so special just musically that she kind of looked at us and was like, 'Can I sing on this?' And, that's always a cool thing, when she's into it, that means it's probably pretty special."

"That's kind of how 'To a T' was too, she knew it was special before anybody else did," the 33-year-old star shares. "It's kind of fun to have someone that has a Grammy on your A&R team."

The ultimate stamp of approval.

Now, Hurd and Morris are focusing on a new chapter together as parents. And with Hayes' parents being so musically gifted, will they encourage their son to get into the music industry when he's older?

"We've talked about it just because we get that question quite a bit," Hurd says. "Obviously his mother is very talented. I think we just really will encourage him to be whoever he wants to be and I think that's a really freeing family to be a part of. If he likes music that's great, we have a lot of guitars. But if he doesn't, honestly, we're kind of hoping for a math major."

"We were just both bad at math," Hurd adds. "We were both on the literary side of school."

Hurd has also made headlines recently for his covers of Taylor Swift songs like "Dress" and "False God." Swift herself has even praised the singer for his renditions.

"I really respect her as a writer and I think the two times I've covered her songs it's taken my band and me a lot of time to learn it and kind of create something of our own," Hurd says. "So, you really get a chance to dive into the lyrics and to even sort of live inside of someone else's song for a little bit, and that's really special I think, when it's a great piece of music."

"I covered 'Dress' live on our last tour. I don't know how I picked those songs," he explains. "I think that the reason they're cool is because people who are superfans know what they are."

"And honestly, they're like rock songs to me. Just lyrically and the way that we ended up arraigning them, they felt like they really fit our set and people who are really into her catalogue…she has obviously the biggest fanbase in the world…it's kind of a big surprise for them," Hurd tells E! News.

"Everybody does covers, but I like doing covers that aren't just like time eaters in my set," Hurd notes. "It's there for a really specific reason. And it was really nice of her to come onto Twitter and talk about it. When the record came out, she re-posted my praise for that song. Obviously, I have a lot of respect for her as a writer."

Hurd's song "Every Other Memory" is out now.