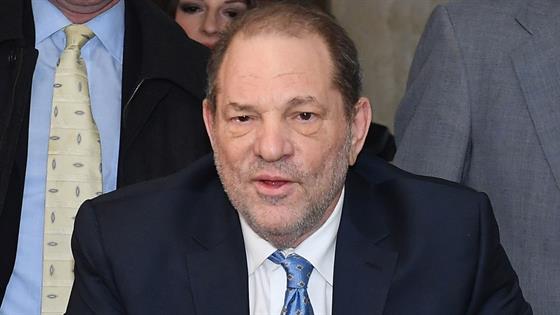 Bouncing back after a breakup can be tricky. After a bad breakup? It can feel nearly impossible.

And Georgina Chapman knows from bad breakups. Regardless of whether she should have been a bit more aware of then-husband Harvey Weinstein's insidious actions she was, by her own admission, shocked when the accusations of sexual harassment, assault and rape began to roll in from dozens of women in October 2017. "There was a part of me that was terribly naive—clearly, so naive," she told Vogue in 2018. "I have moments of rage, I have moments of confusion, I have moments of disbelief!"

By the time he was found guilty of rape in the third degree and criminal sexual act in the first degree, two of the five counts he faced during his New York City trial, this past  February, however, she only felt sadness. "She's still heart broken and grieving for all the victims," a source told E! News. "The pain of that will never go away." 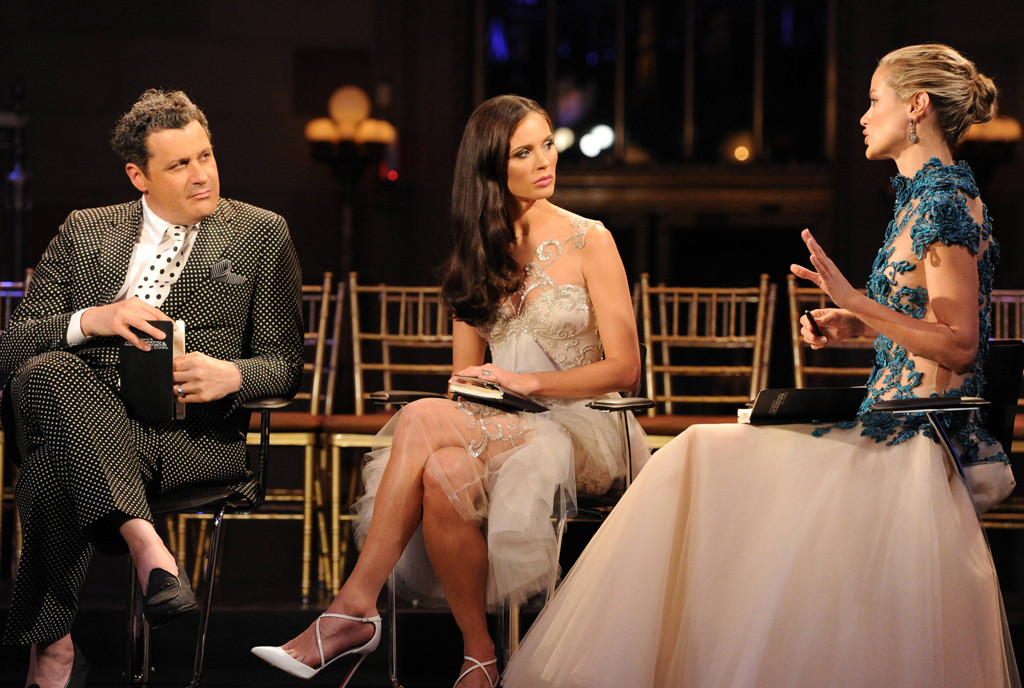 Time may not be enough to heal her particular set of wounds, but perhaps love can help.

First linked to Adrien Brody last fall, the 44-year-old British fashion designer, co-founder of the celeb-beloved Marchesa brand, has been seeing the actor "for a while," a source tells People. They have a lot of similar interests, continues the industry insider. (Not to mention today's shared birthday.)

Chief among their commonalities: a passion for their careers that have earned them an Oscar and honors from the British Fashion Awards and the CFDA, respectively. Plus a mutual respect for the other's drive. Chapman thinks the 47-year-old New York native, whose 2006 film Hollywoodland was co-produced by Weinstein's former company, is "unusual and interesting," the source tells People. "She finds [him] to be an interesting person with a deep passion for his work that is similar to hers."

And that's certainly the basis for something. 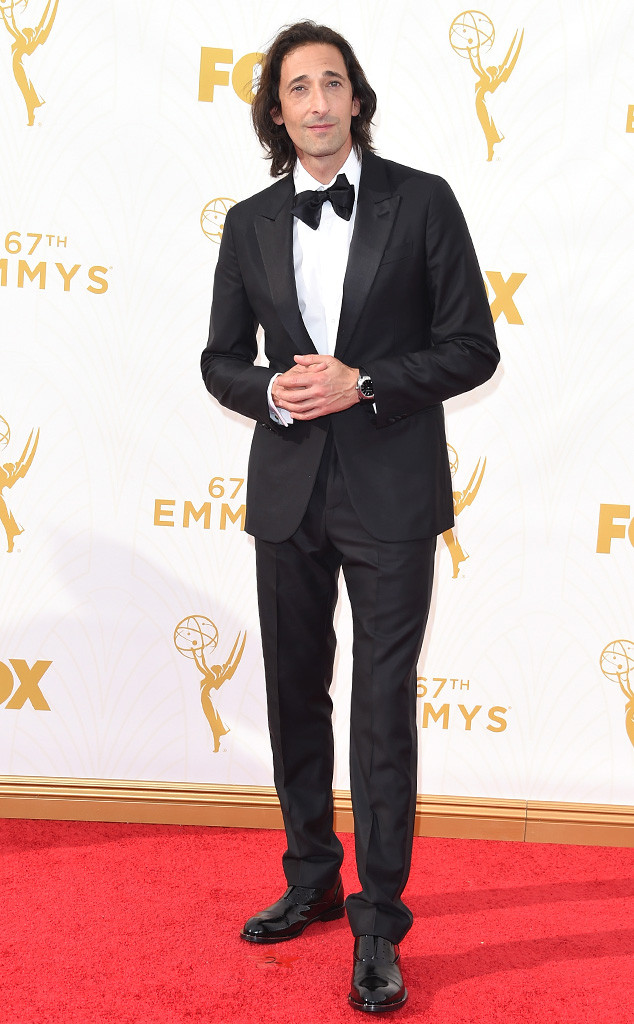 In the months following the bombshell revelations about the man she once told Vogue is so "incredibly charming and so charismatic, it sort of draws you in," the London native swore off dating. Even appearing in public felt somehow wrong.

"I was so humiliated and so broken . . . that . . . I, I, I . . . didn't think it was respectful to go out," she said in Vogue's June 2018 issue, her explanation for having spent the previous five months holed up first in L.A., then with her parents in London and finally New York City. "I thought, Who am I to be parading around with all of this going on? It's still so very, very raw. I was walking up the stairs the other day and I stopped; it was like all the air had been punched out of my lungs."

She had initially resisted speaking to anyone outside a tight-knit circle that includes her longtime pal, actor David Oyelowo, writer Neil Gaiman and Huma Abedin, the political staffer who endured her own much-dissected public split from former congressman Anthony Weiner.

Though the idea of meeting with a therapist was floated, "I was too shocked. And I somehow felt that I didn't deserve it," she said. "And then I realized: This has happened. I have to own it. I have to move forward."

So she began to come to terms with her guilt, her anger, her utter sadness for what kids India, 9, and Dashiell, 6, might experience. "What are people going to say to them?" she wondered to Vogue. "It's like, they love their dad. They love him."

And through it all she allowed friends to force her from her West Village townhouse. 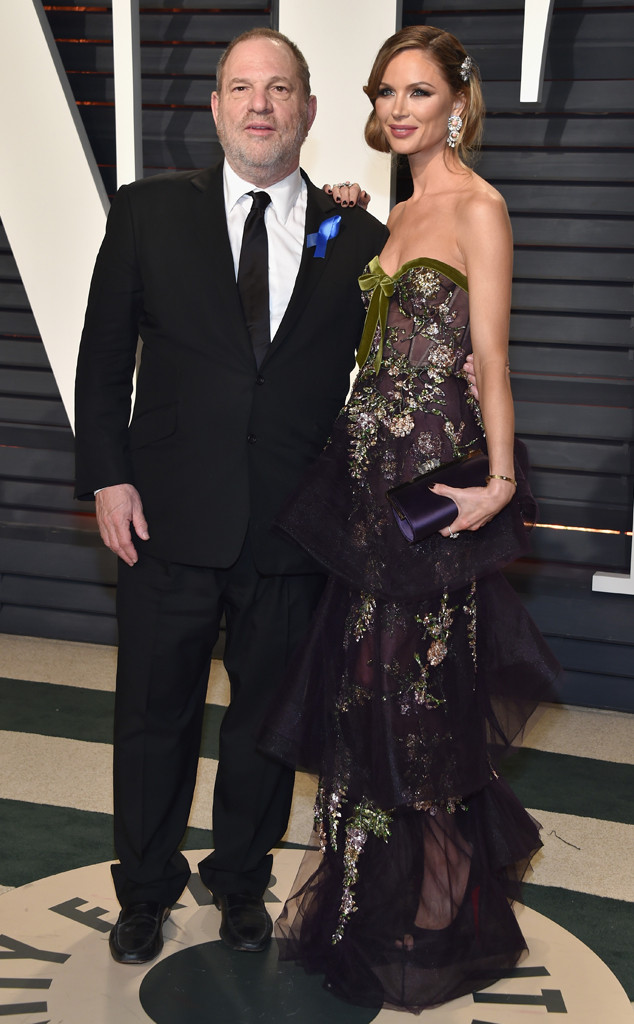 It was at one such outing that she reconnected with Brody. As is typical in the insular Hollywood community, the pair had socialized previously, Page Six reports, but together at the same resort, Puerto Rico's Dorado Beach Ritz-Carlton Reserve, for Helena Christensen's swimwear launch last April, the same table even, something clicked.

The outlet reports the actor, who recently completed work on five films and is tied to Stephen King's upcoming Epix series Chapelwaite, has been a big source of support for Chapman, a role her friends have filled as well.

In the initial months, lifelong pal and collaborator Keren Craig stepped in to man the helm at Marchesa headquarters in New York, steadying the brand they'd founded together in 2004 after meeting as students at the Chelsea College of Art and Design. "Our friendship always comes first, so foremost, I was worried for Georgina," the designer, who has since left the label for a new venture, told Vogue in 2018. "Secondly, we have so many talented, loyal people who work for us, some who've been here for twelve, thirteen years, so my concern was to get to the office and get the collections out, so that people could be paid and pay their rents." 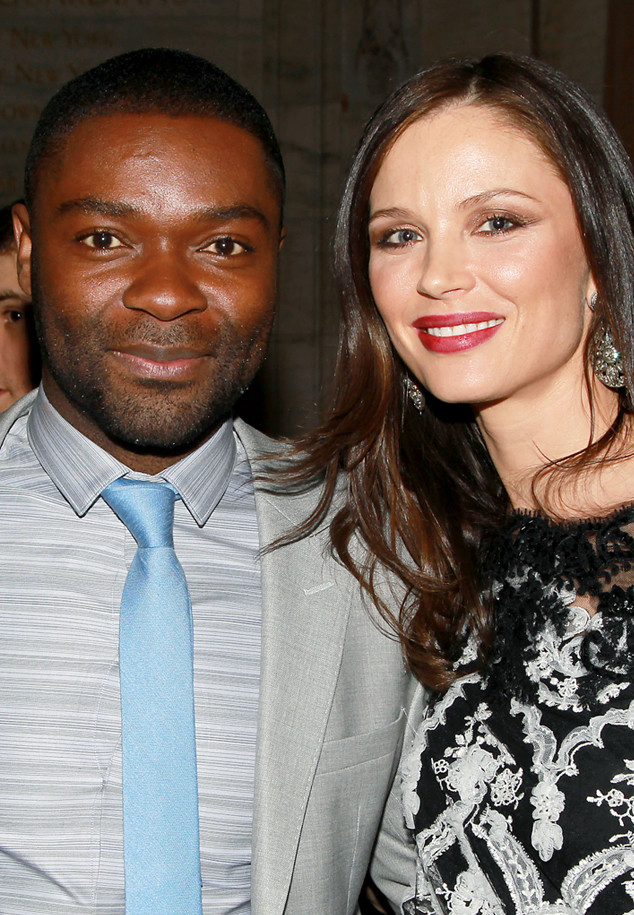 Meanwhile Oyelowo, a friend Chapman made en route to a drama school audition, handled the personal front. "I kind of found myself in a first-responder capacity," he told Vogue of hosting her at his home. "My wife and I were right there with her two kids, and this catastrophe was unfolding in real time across the globe, literally your worst nightmare in terms of a marriage, in terms of the future of your kids and your business. And none of this was your own doing and yet you are entirely lumped into it."

For him, the hardest part to see "was that she quite rightly took the stance of not going out there and defending herself, because there was just too much white noise and too much bile headed in her general direction. She felt, How dare I raise my head and say, 'Oh, by the way, I'm suffering too?'" 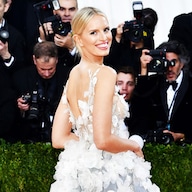 Best Red Carpet Gowns Ever, Thanks to Marchesa

Even more than that, the designer herself told the mag, she didn't want the pity. "I don't want to be viewed as a victim," she said, "because I don't think I am. I am a woman in a s--t situation, but it's not unique." (A painful truth made all too clear by her friendship with Abedin.)

Now, though, she finds herself in all together more common situation, one her friends had been hoping for since the scandal first broke some two-and-a-half years ago.

"What I want for Georgina," model and singer Karen Elson told Vogue during that 2018 interview, "and it's going to take time, and it's impossible to come out unscathed, but let this be a moment in her life where she realizes that this is what made her. This is what made her a woman."

And now, a woman in love, perhaps.