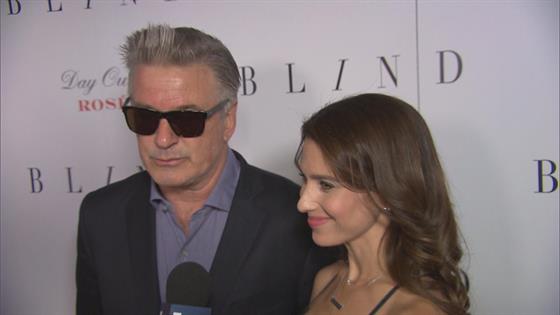 Hilaria and Alec Baldwin have some "great news" to share with the world.

The fitness instructor revealed on Monday that she and her husband of nearly 8-years are expecting another baby. She shared the happy news on Instagram by posting a video of her growing bump with the baby's heartbeat playing over it. "I'll let the baby do the talking because I don't have the words to express how this sound makes us feel," the 36-year-old captioned the brief clip. "Just got the great news that all is well and all is healthy with this little munchkin. I wanted to share this with you."

She added, "Here we go again."

As for their four youngsters, "they are so excited!" Hilaria told E! News exclusively. "They have known for awhile. By the time it was sort of more customary to tell people, the [corona]virus had become a really big problem in this country and it just didn't seem like the timing was right. We were wrapped up in so much. With so much emotion in what had happened recently last year with losing two and never really having some chemical pregnancies, but never really having a miscarriage like that before. I was very caught off guard by this experience. Now, here we are and it's past the point of where I lost the last one. The marker was last week. I am so excited. At some point, It's time to tell people and I am such an open book that it was kind of hard to be more hidden about it. I am glad to let people know." 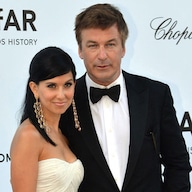 The yogi suspected she was pregnant after feeling "off" and took a pregnancy test every other day.

"Approximately 10 days after I thought I conceived, it turned positive," she told E! News. "[Alec] was kind of expecting it. Exactly when I thought it would turn positive, it did. He is super excited."

As for their expanding family, "We both are not people who would have expected to have so many kids," she said. :If we didn't think we were doing well as parents or couldn't afford to have these kids, we wouldn't have them. We are very conscious of our family without overwhelming the system. There can definitely be overwhelming times, but at the same time, going through something like now and realizing we have built-in play dates all the time. During a time that is so lonely, our kids can go in the playroom together and play with each other. The fact that we are doing it together, I am so grateful for. Whatever your life story, there will be pros and cons and positive and negatives and I feel like I am very grateful."

Sound up...I’ll let the baby do the talking because I don’t have the words to express how this sound makes us feel 🤍. Just got the great news that all is well and all is healthy with this little munchkin. I wanted to share this with you🤍 Here we go again 💫

News of her pregnancy comes five months after she and the 30 Rock star suffered a miscarriage. Hilaria announced on Instagram they had lost their "baby girl" at the four month mark. But the mother-of-four assured, "We also want you to know that even though we are not ok right now, we will be. We are so lucky with our 4 healthy babies—and we will never lose sight of this."

She also shared a video of herself being comforted by daughter Carmen after learning of the unfortunate news. "Thank you for saying sorry that mommy's sad," she whispered.

Right now, Hilaria is surrounded by her kids and husband Alec as they are social distancing at their beach home on the east coast. 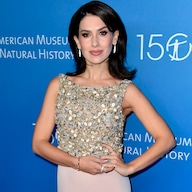 In a recent interview, the fitness instructor shared that her kids are loving the downtime together, even though they had to spend Alec's 62nd birthday at home. "Alec and I were complaining about it a week or so ago and Carmen was asking about it and I said, 'Carmen, nobody wants to be doing this right now. It's frustrating for us all to have to stop our normal lives,'" Hilaria recalled. "And she's like, ‘I don't know what you guys are talking about, I love this. I love spending time with you. All I want to do is spend time with Mommy and Daddy and my brothers.'"