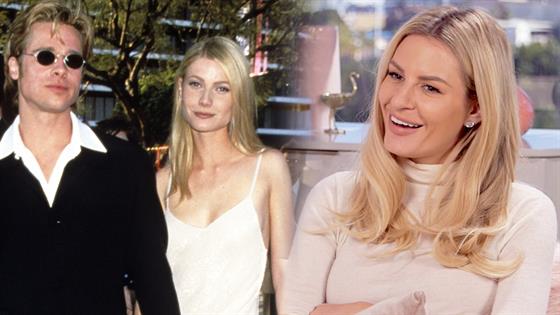 Gwyneth Paltrow and husband Brad Falchuk enlisted the help of an expert when it comes to answering questions about preserving intimacy and relationships in a time when they and millions of others self-isolate with their families due to the coronavirus pandemic.

The two, who each has two kids from previous marriages, video chatted with counselor Michaela Boehm for a Goop video posted on YouTube this week.

"We're lucky that we have a really solid relationship, but we're also in the house with the kids and it's pretty close quarters and I think we all feel, especially my teenagers right now are really feeling very pendent, especially [my daughter] Apple, who's a very social creature," Paltrow said. "We're really following all of the strict guidelines, so she's not able to see people that she wants to see. It's getting it gets like fractious in moments and there's definitely tension within the household and then you know, we have the added dynamic of like, stepparent, and I think there is quite a lot of stress I think that just comes from trying to recalibrate to this new normal and this level of proximity."

"Where do you go as a couple, you know, when you're all in the house and you've got dogs and you're trying to work and work from home. It's like...what are you supposed to do?" Paltrow continued.

Boehm suggested holding family meetings in the morning where members can come up with household tasks as well as fun activities, and also cautioned that "couples' time" not be "muddled" in with "kid's time," "dog time," "kitchen time" and "logistics time."

Paltrow asked Boehm, "How are some of your patients or the people that you work with, if they're particularly resistant to intimacy and that's something that they're working on, how are they coping through this and how are you guiding those people? Is this an opportunity to be harder on them and force them to sort of deal with those things?"

"No," she replied. "I think in a crisis situation the first thing is always no harm. Meaning the first thing is that everybody stays as OK as they can. So I would suggest, if at all possible for whomever I work with, to put any kind of relationship, drama, discussions, things that need to be worked on, on the back-burner and simply focus on the best possible communication and understanding and relationship that can be had, so that when there is some actual situation—which could no doubt arise, right, and for some people, they will get sick—there is the feeling that both people pull on the same side of the rope, so to speak, and that takes precedence over anything else that they might have going on."

"Not the time to break up," Paltrow said.

"Not the time to break up not to time the time to have the really heavy-duty conversation certainly not the time to work on the things that are weakest because that's just pouring gasoline on the fire."

Paltrow told Boehm, "I have a good friend who follows your work and knows that we are gonna speak today and she asked me to ask you, she said she's having a really hard time feeling sexual and it's not usually an issue but during this time, she's having a really hard time with it and she wanted me to ask you how women—'cause she also said that a couple of our friends are having this issue—what should women be doing, what do you recommend in your practice for women to get back in touch with their sexuality?"

Boehm replied, "The female body, when put under stress, goes into the survival mode that has to do with reproduction—with existing reproduction, so ovulation, pregnancy, breastfeeding, so food and comfort and sweets, interestingly enough because it's the upping of the body fat—are the things that most women are reporting they want to do. They don't want so much pleasure because that feeling of opening to pleasure is of course also opening to all other kinds of emotions."

"Over a couple of weeks, that will actually change by itself because there comes a moment where then the boredom kicks in and the threat level goes down, if we are in this long enough, and then that comes online naturally. But if it doesn't or if it's an issue, then the way to go is engagement with the senses and not sexual engagement to ramp it back up, because engagement with the senses is what brings sensuality up and sensuality begets sexuality."

She added, "But engagement with the senses is also very important for survival. We survive by smelling that the food is good, tasting that the food is good, seeing that there's no predators coming, feeling for well being and touch and things like that. So by going via the senses, and that would be things like self-care, beauty...dressing in ways that feel particularly good. It's tempting to just stay in your PJs all day. It's not good to do that." 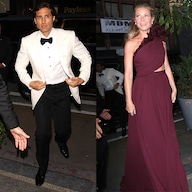 Falchuk asked Boehm about the difficulty of protecting the family amid the pandemic.

"The idea of the masculine energy, of the being there to protect the family and keep it safe and keep things under control, whether it's the man or the woman in the house, a relationship that takes on that energy is being very challenged right now because there's very little that can be done," he said. "It's like you're doing everything you can to protect your family, you've been safe and at the same time you realize that there's an enormous amount that's out of your control. So how do you protect that energy in this space where it's challenged as maybe a too small of a word, where you know you could lose?"

"If there are- people are home with a partner or someone in the house who...it's very clear one of them is having an extreme reaction to it. How does the other partner help that person get a sense of- that they're experiencing it in an extreme way?" he asked.

"No, you're great," Falchuk replied. "But I can imagine that there are there are partners where one person has watched the news every day and is freaking out about everything and is hoarding canned food and is not letting anybody touch and hands are raw from washing them and all these things. So I would wonder even in a really well very communicative relationship that could be very scary because you're now you know sort of trapped with somebody who's really having a having a [hard time]."