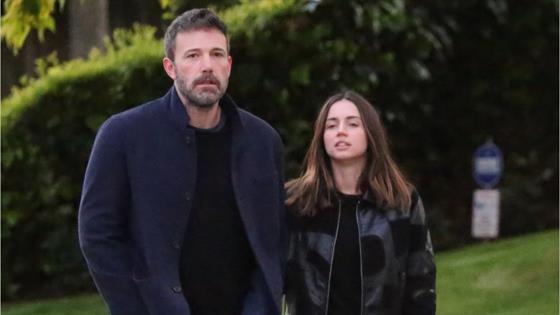 Getting some fresh air!

And it appeared they weren't entirely alone as the Knives Out star's dog joined in on the fun. During the pair's outdoor stroll, they were photographed walking arm-in-arm and smiling at each other. Moreover, they weren't shy around paparazzi and even packed on the PDA.

At one point, the two passionately kissed in the middle of their afternoon walk with Ben wrapping his arm around Ana's.

It's unclear how long the pair hung out for considering L.A. is enforcing a "stay at home" order amid the ongoing Coronavirus pandemic.

However, unlike most people wearing sweats and baggy clothes, Ben and Ana kept things stylish with their outdoor outfits.

The actress looked effortlessly chic in her red wine-colored velvet jacket, fitted jeans and white sneakers. Her hair was styled in loose waves and she appeared to have minimal makeup.

As for The Way Back actor, he also kept things dapper but low-key with a charcoal colored coat, denim pants, gray sneakers and a baseball cap. 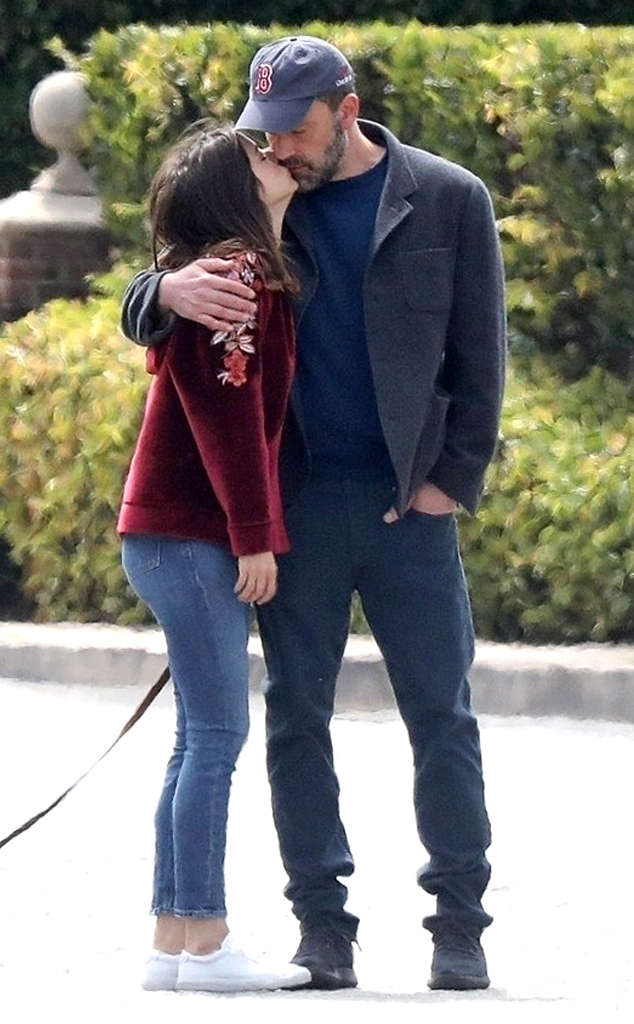 Earlier this month, a source told us the two were "without a doubt a couple," especially after they were spotted getting cozy in Ana's hometown of Havana, Cuba and later in Costa Rica.

"They have been kissing, cuddling up together and putting their arms around each other a lot," a source previously shared when they took their mini getaway. "They look at each other adoringly and like taking pictures of each other. Ben seems blissfully happy and giddy. He can't stop smiling and laughing. He is clearly is very into Ana."

"They have been staying at their home on the beach relaxing," the insider added. "The weather has been very hot and they are trying to stay cool inside. They've been coming out for sunset walks each day and look very happy together." 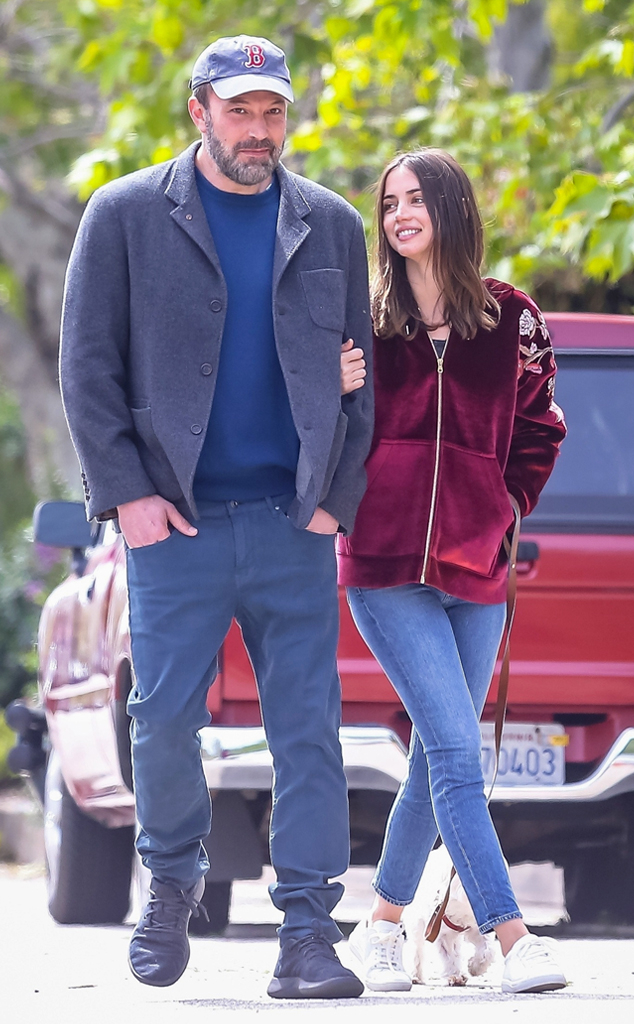 Moreover, the two have been spending more time with each other post vacations.

"Ben and Ana are quarantined at his house, where they have been together since returning from Costa Rica," a separate source recently shared. "They have a simple daily routine which includes walking Ana's dog and ordering food, which gets delivered by Postmates. Every other day, Ben has been visiting his kids and Ana stays behind at the house."

"Ben and Ana look like total lovebirds. They laugh together and share funny stories. She is very nurturing and he seems to love that," the source continued. "They can't get enough of each other. After days of being quarantined and never leaving each others' sides, they are still laughing, smiling, kissing and hugging."

From their latest outing, it's clear things are still going strong.