What the Cast of Victorious Is Up to Now 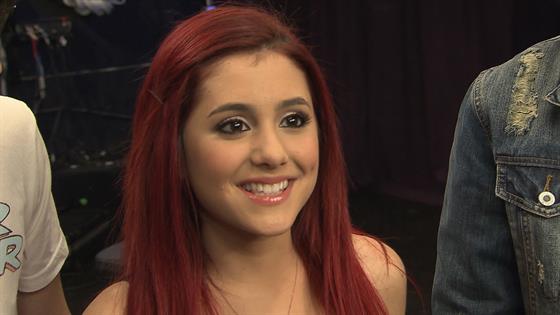 You are formally invited to the Hollywood Arts High School 10 year reunion.

Victorious premiered on March 27, 2010, introducing viewers to Victoria Justice as their next Nickelodeon leading lady and a then-unknown Ariana Grande as the series' pint-sized and fiery red-headed comic relief.

The musical comedy ran for four seasons and produced a hit spinoff before it came to an abrupt end in February 2013. Though it ended over seven years ago, many of Victorious' stars have remained close over the years and have even discussed the idea of a reunion.

"Everyone wants to do it. We're all buddies," star Elizabeth Gillies recently said of the possibility of a TV movie during an interview on the Zach Sang Show. "We want to do this. The fans deserve this. I don't know when it's going to happen, we're so old. We'll take it whenever though, even if we're all in wheelchairs. [Laughs.] And they should, it was so unresolved. It's so big now…[it's the] 10-year anniversary, it's time." 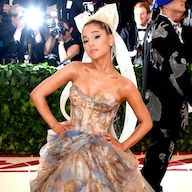 And a lot has changed in those 10 years for some of the series' stars.

Check out what the cast of Victorious is up to today...and which former co-star actually produced some of Grande's hit songs. 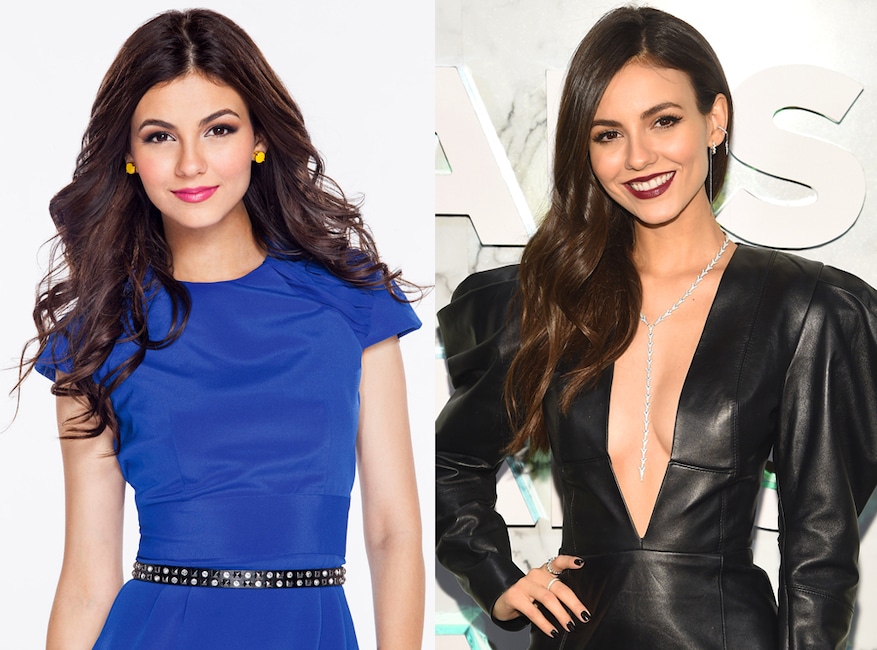 After co-starring opposite Jamie Lynn Spears in Zoey 101, Justice landed her own show on Nickelodeon highlighting her acting and musical skills as Tori Vega, the new girl at Hollywood Arts High School.

That same year, the 27-year-old starred in the buzzy indie Naomi and Ely's No Kiss List as the titular Naomi, and she landed the role of Janet Weiss in Fox's musical event, The Rocky Horror Picture Show: Let's Do the Time Warp Again, which aired in 2016.

Justice dated her Naomi and Ely co-star Pierson Fode for two years, before going on to date Broadway star Reeve Carney, who also starred in Rocky Horror, in 2016. After three years together, the couple quietly split. 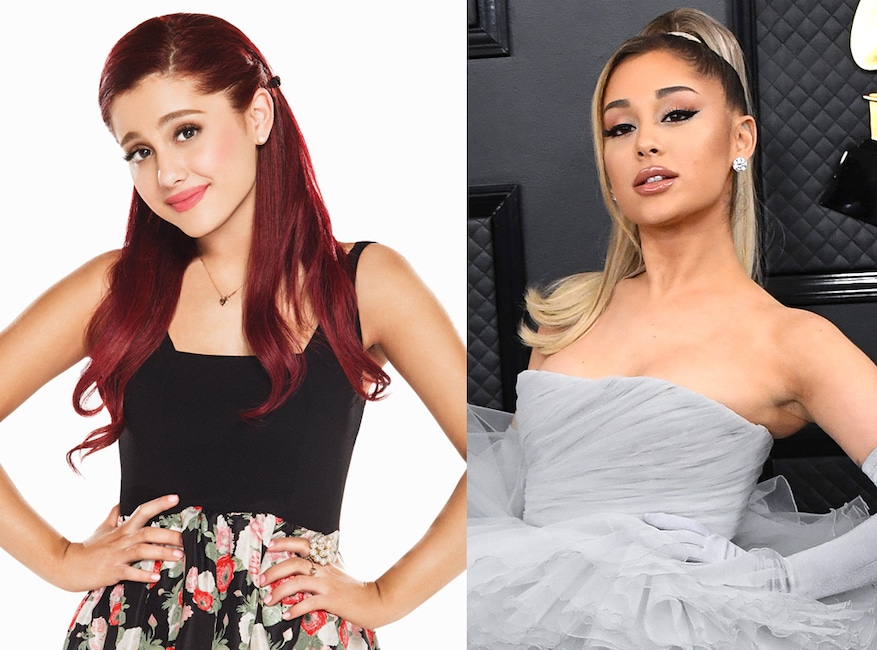 But Grande's star was already on the rise as a solo artist, thanks to her 2013 debut album Yours Truly, which debuted at No. 1 on the Billboard Hot 100. She followed that up with 2014's My Everything, and 2016's Dangerous Woman, with both albums going platinum.

Since then, the 26-year-old songstress has become one of the most popular and successful recording artists, releasing two more hit albums Sweetener (2018), and Thank U, Next (2019), with the latter shattering streaming records and its first three singles making her the first artist since The Beatles in 1964 to occupy the top three spots of the Billboard Hot 100. Nominated for 11 Grammys, Grande won her first Grammy in 2019 for Best Pop Vocal Album.

Grande's personal life has made consistently made headlines over the years, with the superstar referencing her ex-boyfriends in her hit song "Thank U, Next," including Big Sean, Ricky Alvarez, her one-time fiance Pete Davidson and the late Mac Miller, her rapper beau who died of an overdose in 2018. It was recently reported that Grande is dating real estate agent Dalton Gomez.

Grande has also been open about her struggles with mental health and sharing her trauma following the Manchester bombing in 2017. Following the devastating event that resulted in 22 deaths, Grande co-organized and performed at the One Love Manchester benefit concert to help the family of the victims, raising $13 million. 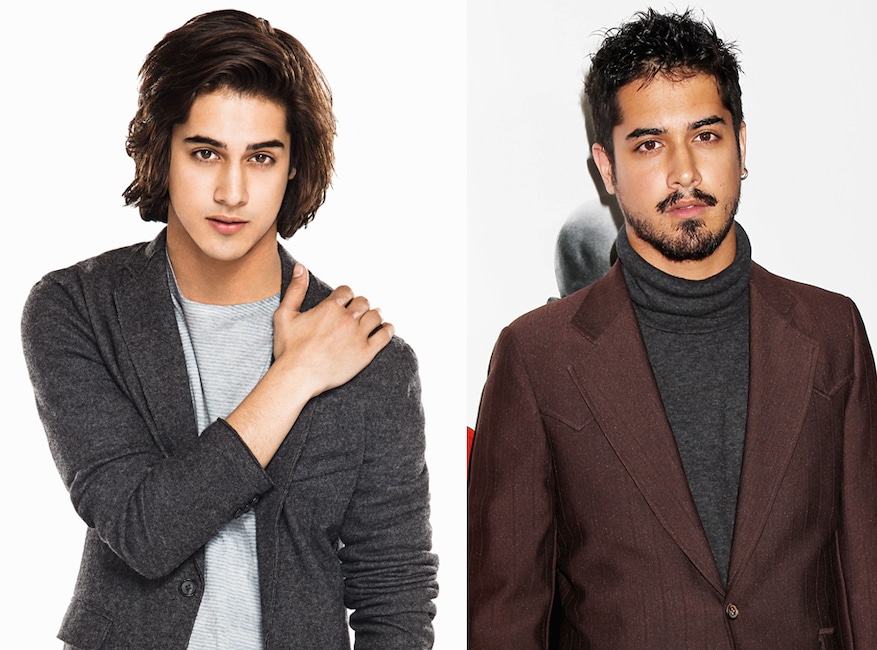 Jogia played Beck, the coolest and most laidback guy in school and Jade's longtime BF.

Following the Nick series' end, Jogia landed the lead roles in Twisted, a soapy drama for ABC Family (now known as Freeform) that was canceled after one season, and in Spike TV's miniseries Tut as the titular Pharaoh Tutankhamun. Since then, he's also starred in the TV series Ghost Wars and Now Apocalypse.

Saint Ivory, Jogia's band with his brother Ketan Jogia, released their latest album, Mixed Feelings, in February 2020, with Jogia releasing a book of poetry with the same title in September 2019.

Jogia, 28, dated Zoey Deutch for five years before the couple split in 2017, though the remain friends and co-starred in 2019's Zombieland: Double Tap. 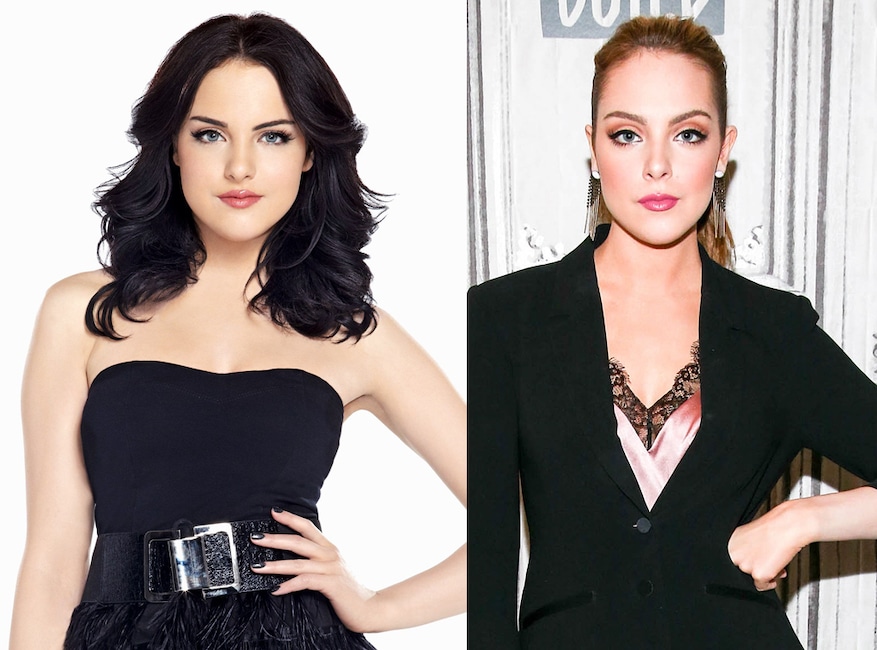 After breaking out on FX's gritty Sex & Drugs & Rock & Roll after leaving Nickelodeon behind, the 26-year-old landed the sought-after lead role in the CW's Dynasty reboot as Fallon Carrington, which she's starred on since 2017.

While she played Tori's goth frenemy Jade, Gillies is still friends with many members of the Victorious cast, appearing in two of Grande's music videos, including playing Lindsay Lohan's Cady in "Thank U, Next"'s Mean Girls homage. 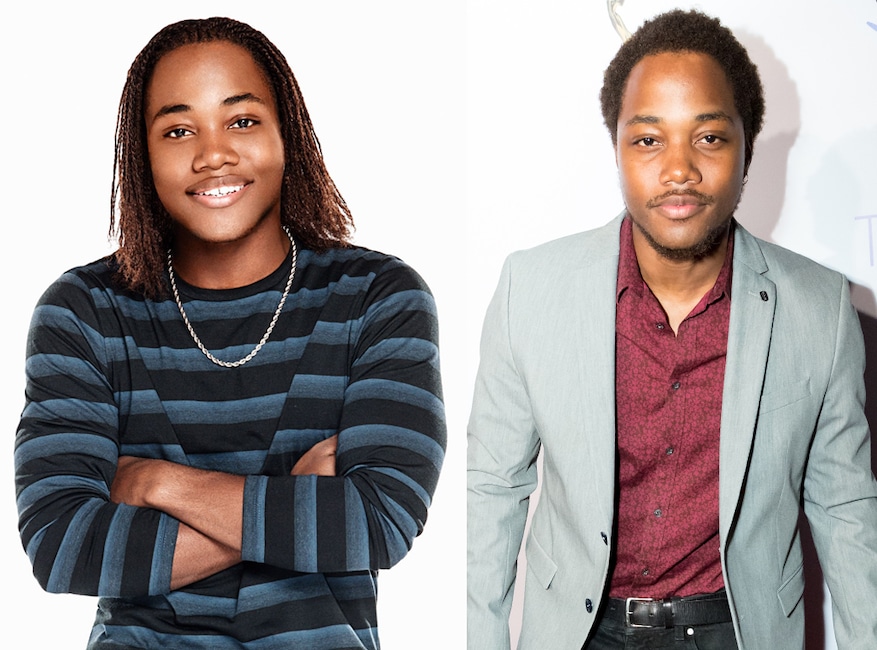 After Victorious ended, Thomas mostly shifted his focus to music, becoming a producer with the producing duo The Rascals. He co-produced five songs on Grande's 2013 album, as well as a song on her Christmas album.

The 26-year-old has also appeared on Fear the Walking Dead and Insecure, as well as popped up on the big screen in 2017's Detroit. 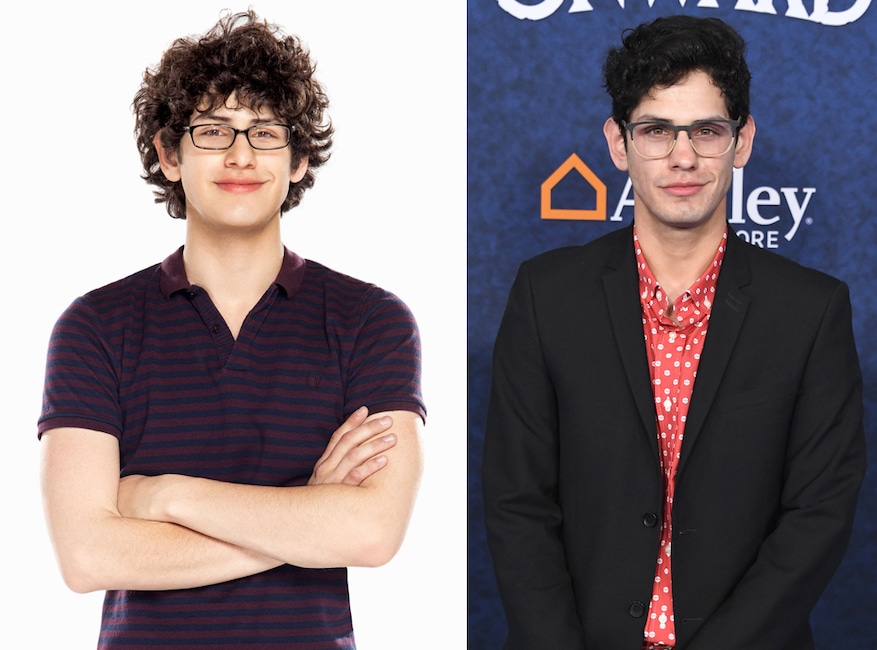 After playing Robbie Shapiro for three seasons, Bennett has maintained a close friendship with many of his former co-stars. In 2014, Grande tapped Bennett to play her love interest in her "One Last Time" music video and in 2018 he appeared in the "Thank U, Next" video, helping to recreate the Bring It On teeth-brushing scene.

He's also made appearances on Grey's Anatomy, Shameless, The Big Bang Theory and recurred on Netflix's American Vandal. Bennett, 28, is also a musician, releasing an album in 2016 and lat year, Victorious fans received a special surprise when he and Elizabeth Gillies joined Grande on stage during a concert in Atlanta. 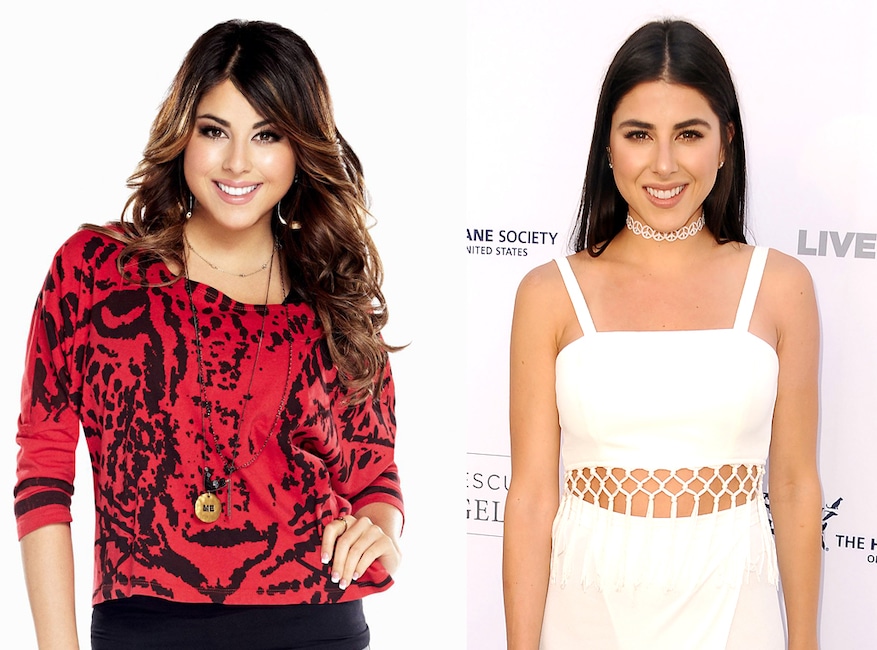 Monet played Tori's older sister Trini Vega who also attends the arts-centered school, though she's not as talented has her baby sis. Nickelodeon tapped her to host their sketch comedy reality series AwesomenessTV for two years before it ended in 2015, and then had the 31-year-old host their game show Paradise Run from 2016-18. She also appeared in the "Thank U, Next" music video.

After dating for seven years, Monet got engaged to Andrew Gardner in December 2017, with the couple going on to welcome their first child, a son named Gio James, in September 2019. 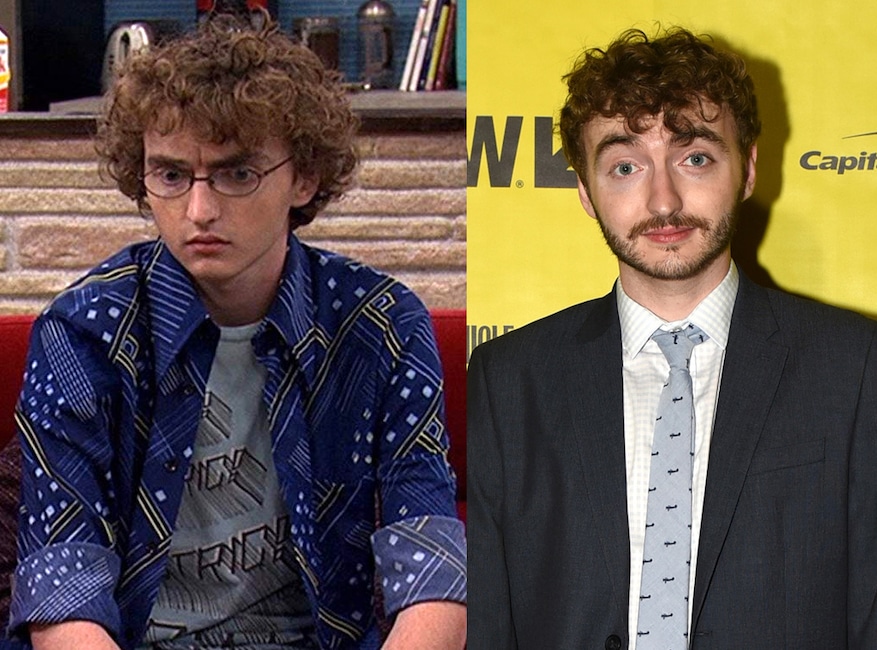 Reid recurred throughout Victorious' run as the awkward and slightly stalker-ish  Sinjin Van Cleef, who had crushes on basically all of the female characters.

The 27-year-old has since appeared on The Blacklist and in the 2016 film Mamaboy, and performs stand-up comedy in New York City these days. 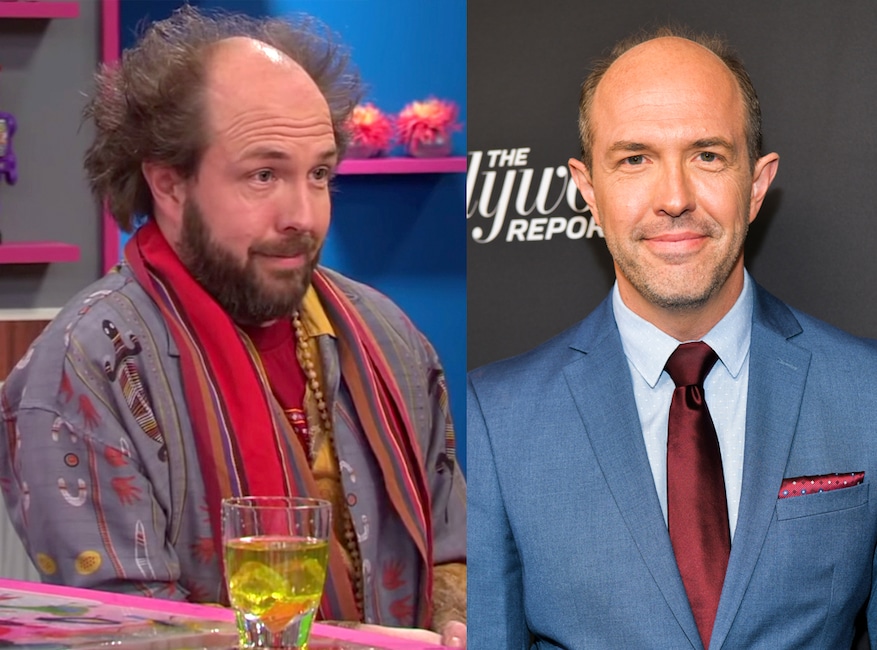 The 47-year-old has been acting non-stop since saying goodbye to the role of Erwin Sikowitz, the school's eccentric acting teacher that also appeared on the Sam & Cat spinoff.

Lange has gone on to appear on a long list of hit shows, including Lost, Once Upon a Time and Grey's Anatomy, before going on to star in Netflix's Narcos. He recently recurred on HBO's Perry Mason, Amazon Prime's The Man in the High Castle and Netflix's Unbelievable, and will be seen on the big screen in Antebellum, the highly anticipated horror film from the producers of Get Out.