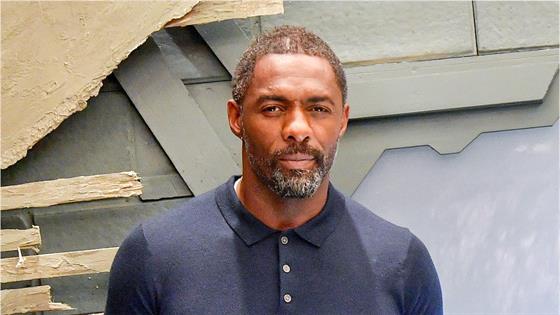 Now Playing
Up Next
Idris Elba Tests Positive for Coronavirus

Idris Elba's wife Sabrina Dhowre reveals that she tested positive for the novel coronavirus after choosing to remain close to her husband, who revealed his diagnosis last week.

Dhowre, 30, made her comments in a joint webcam interview with the actor on Oprah Winfrey's Apple TV+ series Oprah Talks on Sunday. The couple is currently self-isolating in an undisclosed location in New Mexico, where Elba had been filming his latest movie, The Harder They Fall.

"I found out this morning I tested positive," Dhowre told Winfrey. "I'm not surprised. As soon as I heard Idris was possibly exposed, I mean I was on my way anyway, and I wanted to be with him. I think that's an instinct as a wife. You just wanna go and take care."

"We didn't change the way we interact," she continued. "I could have made a decision to put myself maybe in a separate room or stay away and I'm sure that people are making those decisions and they're tough decisions to make, but I made the decision to want to be with him and, you know, still touch him." 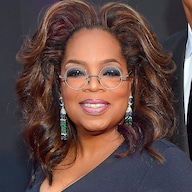 Elba said, "On the alleged day of exposure, we were together at home...so at any point then, and prior to us knowing, exposure was- if I'd caught it, she'd certainly caught it in that time period as well."

Neither the 47-year-old actor nor his wife have reported severe symptoms directly related to the coronavirus, which affects the respiratory system.

Elba said that he did have some headaches and "a little bit of an achy body," which he attributed to being in a higher altitude and traveling a lot. In an Instagram Live session later on Sunday, he said he felt the worse the day he got tested and that Dhowre had a cough. He said the two were currently asymptomatic, after remaining in self-quarantine for almost two weeks.

Elba told Winfrey on her show that he was concerned about how his asthma, which puts him in a high-risk category, and about whether he may have infecting others before self-isolating.

"In the time period from my exposure, which is March 4, I was around my son, his nanny, my friends, I was around my mother, I was around my wife, one of her friends and then I did my whole journey to New Mexico to my work, I bought a guitar while I was here, and not to mention that the actors and the people that I've worked with in rehearsals," he said.

"So far, everyone that I've spoken to who I have been exposed to is fine," he said. "My son is fine as well—apart from driving his mother crazy around the house."

Elba has a 18-year-old daughter, Isan, and a 5-year-old son, Winston, from previous relationships.

Meanwhile, the actor and his wife are making the most out of their situation—they are spending time cleaning, cooking, playing chess, checking in with family, friends and with each other, and being creative; Elba has been serenading Dhowre with his new guitar.

Elba had announced on Monday via a Twitter video, which showed Dhowre in the background, that he had tested positive for coronavirus and felt "OK." He was one of the first well-known celebs to contract the virus amid the ongoing pandemic, and was inspired to reveal his diagnosis after Tom Hanks revealed days earlier that he and wife Rita Wilson were infected.

"I think Tom did the right thing and so I was definitely inspired by him to be open and transparent about it," Elba told Winfrey.

The actor said that after learning that someone he was with on March 4 had been diagnosed with coronavirus, a doctor on his film set tested him, using one of just three test kits he had. In the United States, they are hard to come by due to bureaucracy and shortages.

"I was appreciative," Elba told Winfrey. "Had I not been on the film set, I think I would not have been able to get a test as easy as I did."

"I really felt that a lot of people just didn't know what was going to come, what was happening. It didn't feel relatable," he said. "When I got tested and it came back positive it became very real. I just felt compelled to tell people that this is very real."