Ranking the 20 Best NSYNC Songs Ever 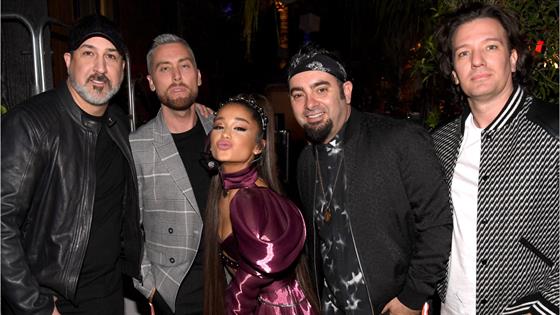 It's hard to overstate just how big a deal NSYNC's No Strings Attached was.

The second studio album from the seminal boy band, which celebrates its 20th anniversary on Saturday, March 21, catapulted them into global superstars upon its release. Debuting at No. 1 on the U.S. Billboard 200 with first-week sales of 2.4 million, a record that wouldn't be topped until Adele releases 25 some 15 years later, the album was, without a doubt, them at the pinnacle of their power.

None of us knew at the time that, in just two short years, Justin Timberlake would go his own way and become a global superstar in his own right, leaving his pals JC Chasez, Lance Bass, Chris Kirkpatrick and Joey Fatone behind. We were too busy losing our s--t to hits like "Bye Bye Bye," "It's Gonna Be Me" and "This I Promise You."

With the 20th anniversary of the landmark album in mind, it got us thinking about some of the debates that used to rage around the band. You know, questions like, Who's better: NSYNC or Backstreet Boys? and Who's better: JT or JC? While those two queries could be argued endlessly with no one ever reaching a consensus, there's one thing we feel comfortable to unequivocally proclaim. And that's which NSYNC song is the best.

So, in honor of 20 years of No Strings Attached, we present our countdown of the 20 best NSYNC songs ever released.

20. "U Drive Me Crazy" (The Winter Album): A lot of the band's earliest output sounds hopelessly struck in the late '90s. This single off their 1998 German holiday album that inexplicably has nothing to do with the holidays is one of them.

18. "Here We Go" (*NSYNC): Listening to this in 2020 feels like being taken directly back to middle school pep rallies. A good thing or a bad thing? We'll leave that up to you.

17. "I Drive Myself Crazy" (*NSYNC): Everyone was driving everyone crazy in those early years. (See above.)

16. "Music of My Heart": This team-up with Gloria Estefan had a lot of star power behind it, with David Foster producing the Diane Warren-penned track. Written for the Meryl Streep film of the same name, the song earned a Best Original Song nomination at the 1999 Oscars, but lost to Phil Collin's Tarzan track "You'll Be in My Heart."

15. "Trashin' the Camp": Speaking of Tarzan, the boys joined Collins' for this track on the Disney film's soundtrack. The harmonies on this jazzy, scat-heavy song are next level.

14. "Just Got Paid" (No Strings Attached): This cover of Johnny Kemp's 1988 new jack swing hit was absolutely the anthem for everyone who just joined the work force in the early '00s.

13. "Space Cowboy" (No Strings Attached): What was it about the turn of the millennium that had pop stars obsessed with space? Chasez did his thing writing this track, though, and the guest verse from the late Lisa "Left Eye" Lopes is a classic.

12. "Digital Get Down" (No Strings Attached): In the canon of songs written at the advent of the internet age that were obsessed with cyber sex, this one reigns supreme. And it hits even more potently at this particular moment in time, if we're being honest.

11. "It Makes Me Ill" (No Strings Attached): Future Real Housewives of Atlanta star Kandi Burruss really did the boys a solid, writing this R&B-influenced song for them that still totally slaps 20 years later. 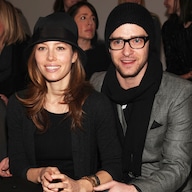 10. "(God Must Have Spent) A Little More Time on You" (*NSYNC): Is this song cheesy AF? Sure. But is its purity totally comforting all these years later? Hell yes.

9. "This I Promise You" (No Strings Attached): Written by Richard Marx, this song still stands as one of the group's best and most romantic ballads. How many couples danced their first dance at their wedding to this? The limit does not exist.

8. "I Want You Back" (*NSYNC): The song that started it all. This Max Martin-produced track, the group's debut single, is so quintessentially '90s; the perfect nostalgia fix.

7. "Girlfriend" (Celebrity): The last single the group ever released, Timberlake's work with The Neptunes (Pharrell Williams and Chad Hugo) here presaged the sound of his debut solo album Justified, dropping a year after Celebrity. And who doesn't love the Nelly remix?!

6. "Merry Christmas, Happy Holidays" (Home for Christmas): There's something just so perfectly ridiculous and cheesy about this, the group's greatest contribution to the modern Christmas music canon.

5. "Tearin' Up My Heart" (*NSYNC): "I Want You Back" may have come first, but this track, also written by Max Martin, is the superior song. No if, ands or buts about it. And the iconic video, with the white shirts and the choreo in the abandoned house, is the stuff of legends.

4. "Gone" (Celebrity): Originally written by Timberlake with Wade Robson as a duet for the former with Michael Jackson, this track off the group's third album is one of the most mature things they ever released. The harmonies were impeccably tight and it was clear they'd officially gone from boys to men. It also saw the other four serving as nothing more than glorified backup singers for JT, but that's none of our business. 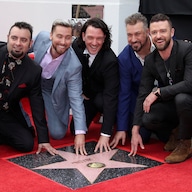 3. "Pop" (Celebrity): Another Timberlake-Robson joint, this lead single off the group's final album is absolutely iconic, with the boys defending the longevity of the pop music genre. And just like pop music, this song has stood the test of time. It still slaps, you guys. And the dance breakdown in the video? NEXT. LEVEL.

2. "Bye Bye Bye" (No Strings Attached): Find us a millennial who says they don't know the choreography from the music video for the lead single off the group's second album, and we'll show you a liar. This track, seemingly about the end of a romantic relationship, at face value, though reportedly actually about the guys' separation from manager Lou Pearlman, is one of two that everyone immediately thinks of when they think of NSYNC. And while we love this one wholeheartedly, the other one is just that much better.

1. "It's Gonna Be Me" (No Strings Attached): As if it could've been anything else. Even the song seemed to know it would come in at No. 1. It's right there in the title. As the only song in NSYNC's entire discography to ever reach No. 1 on the Billboard Hot 100 (which is insane, if you think about it), the Max Martin-penned track truly is their crown jewel. From the slightly menacing way Timberlake sings the hook, inspiring a meme that will never die, to that effortless five-part harmony bridge, this is the group at the peak of their power.