Where Are All 16 Top Chef Winners Now? 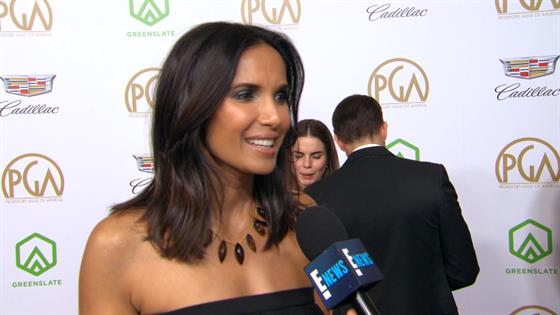 Top Chef is back!

Bravo's beloved culinary competition finally returns for season 17 on Thursday, March 19 and not only is the show returning to Los Angeles, but it's also bringing back a bunch of familiar faces in the process.

For the first time since season eight, the show will be devoting itself to an all-stars format, with all 15 former contestants returning in the hopes of pulling off what they fell just short of in prior seasons. In the mix are Eric Adjepong (season 16), Karen Akunowicz (season 13), Jennfier Carroll (seasons 6, 8 and 15), Stephanie Cmar (seasons 10 and 11), Lisa Fernandes (season 4), Kevin Gillespie (season 6), Gregory Gourdet (season 12), Melissa King (season 12), Jamie Lynch (season 14), Brian Malarkey (season 3), Nini Nguyen (season 16), Joe Sasto (season 15), Angelo Sosa (seasons 7 and 8), Bryan Voltaggio (season 6) and Lee Anne Wong (seasons 1 and 15).

That's not all that's exciting about this latest season. For the first time in the franchise's history, it traveled to Europe for a season finale filmed in Italy. Not only that, but the winner took home $250,000, the largest cash prize in the show's history. 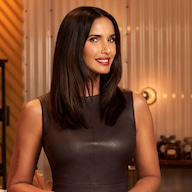 With a seasons full of familiar faces returning to fill us in on what they've been up to since we last saw them, it got us thinking about where all the winners who've come before are now. As we celebrate Top Chef's return, let's check in with the 16 prior winners and see what they've done since being crowned Top Chef. 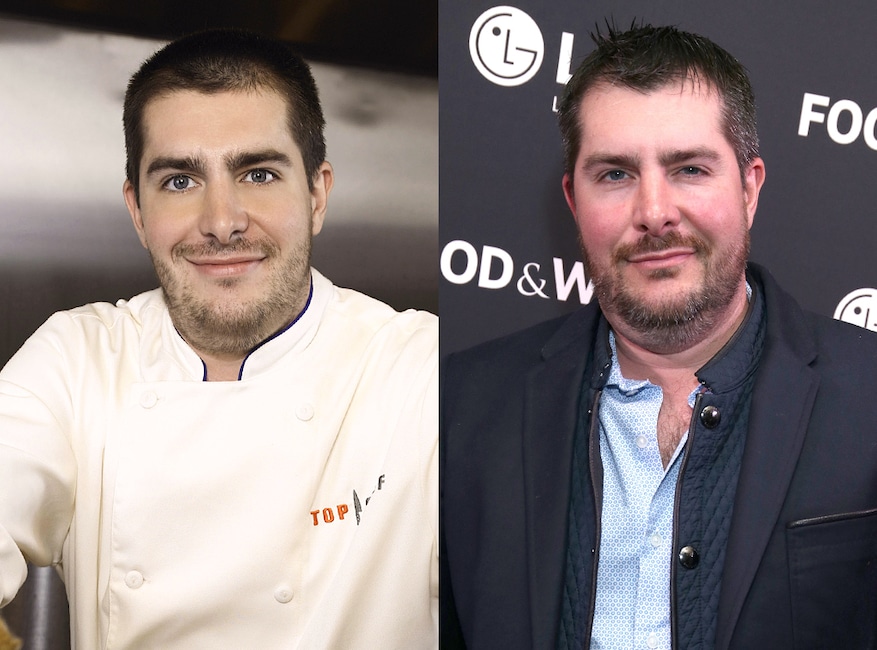 Since taking home top honors during Top Chef's inaugural season back in 2006, the New York-based chef has opened and closed a series of restaurants in the Big Apple. In October 2019, he opened his latest endeavor, Ten Hope, a Mediterranean restaurant serving Greek, Italian, Spanish and Moroccan dishes in Williamsburg, Brooklyn. In 2016, Dieterle served as a consultant on the short-lived AMC series Feed the Beast, set in a fictional restaurant. After meeting Meredith Davies at the Aspen Food & Wine Classic the summer after his season, the two tied the knot in 2010. 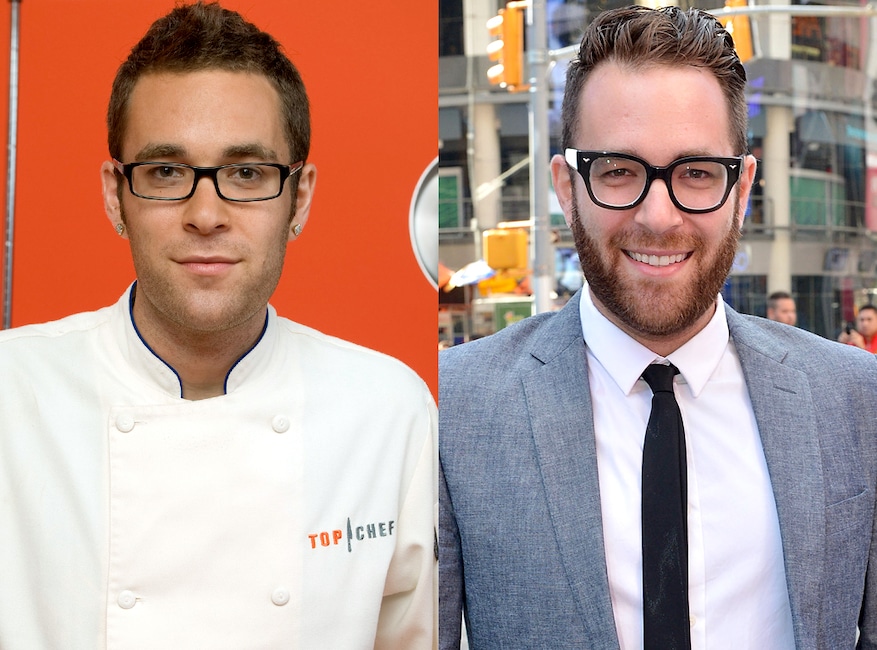 After coming out on top in the show's second season despite some controversial antics, the New York-native went on to open two restaurants, The Gorbals in downtown L.A. and Williamsburg, the latter later renamed ESH. By 2016, both had closed. From 2013-15, he hosted four seasons of cooking competition series Knife Fight on the now-defunct Esquire Network. In 2010, he and partner Ayame Kawaguchi welcomed a son, Theo. He currently own and runs Ramen Hood, a vegan ramen outpost in downtown L.A.'s Grand Central Market. 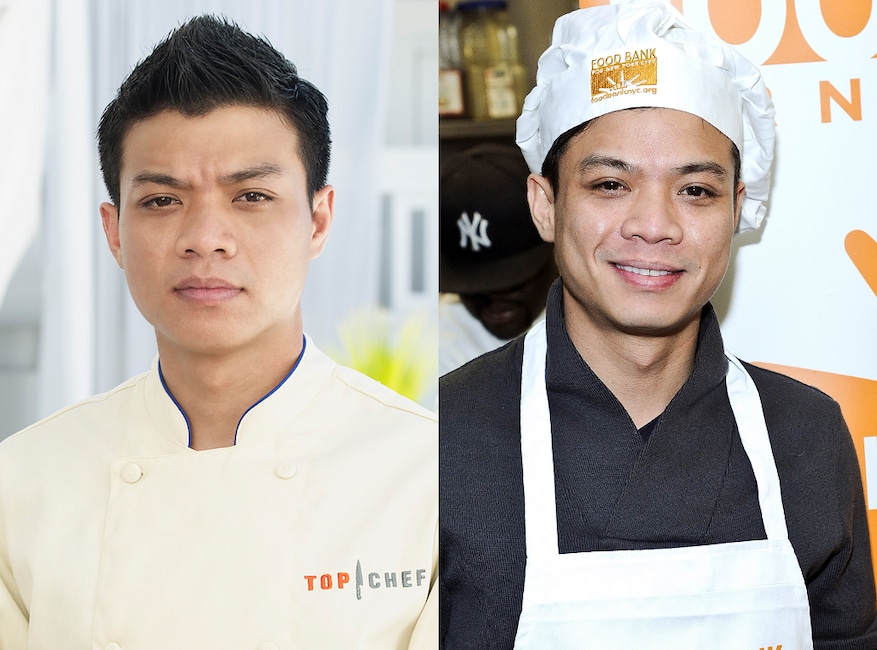 Since winning the Miami-set third season, the Vietnamese-American chef began working with restaurant and nightlife company EMM Group, opening restaurants The General, Catch and Catch Miami with them. After parting ways in 2015, he took a job the culinary consultant for Hilton at Resorts World Bimini in the Bahamas in 2016 and, in 2018, served as chef de cuisine at Morimoto Asia in Disney Springs. In late 2019, he opened the Asian-fusion restaurant and bar Warrior on the Sunset Strip. 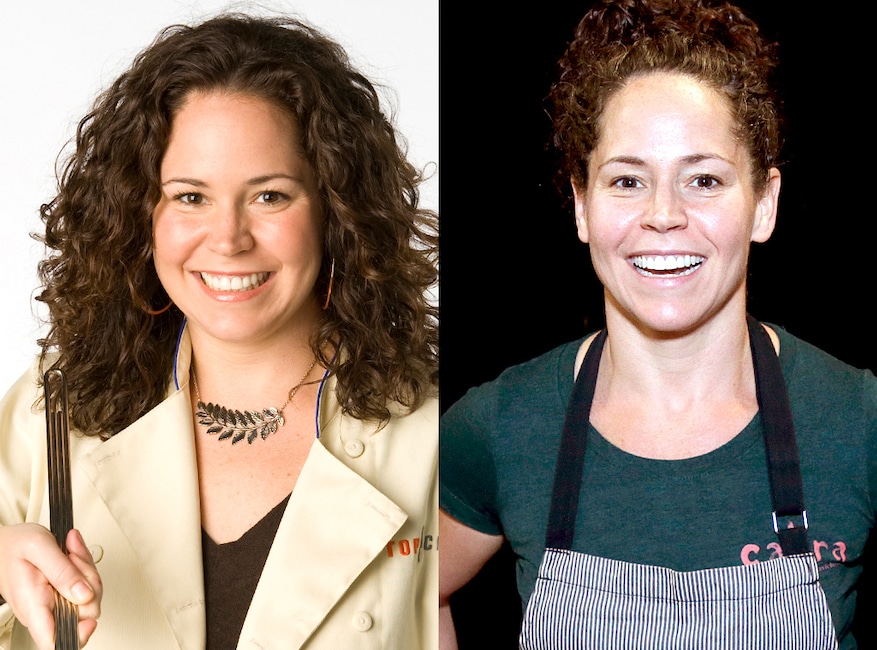 After becoming the first female winner of Top Chef, the Illinois-native returned to Chicago and set about building a restaurant empire, beginning with the opening of Girl and the Goat in 2010. As of 2015, she'd opened three restaurants in total. In 2011, she published Girl in the Kitchen, her first cookbook, and, in 2016, launched This Little Goat, a line of bottled sauces and spice mixes. A year later, she competed in the first season of Food Network's Iron Chef Gauntlet, beating Iron Chefs Bobby Flay, Masaharu Morimoto and Michael Symon, becoming an Iron Chef in the process. She married craft beer consultant Gary Valentine in 2013. The couple welcomed a son, Ernie, in 2016. 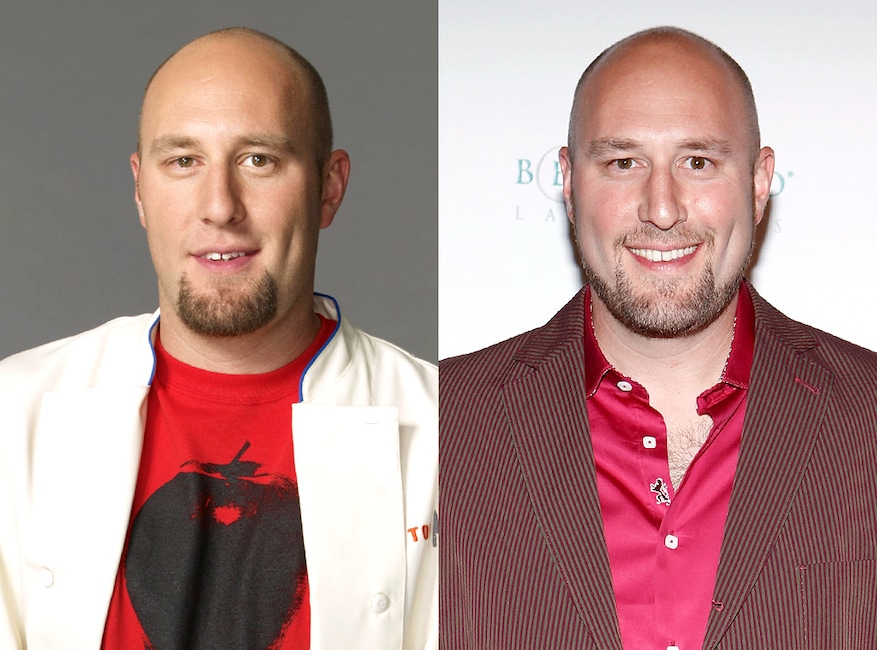 Since his win, Rosenberg returned home to Colorado to open Blackbelly Market in Boulder, later expanding it to include a butcher shop as well. In 2017, he opened Santo, also in Boulder, dedicated to the food of his home state of New Mexico. He and wife Lauren Feder welcomed a daughter, Sophie, in 2017. 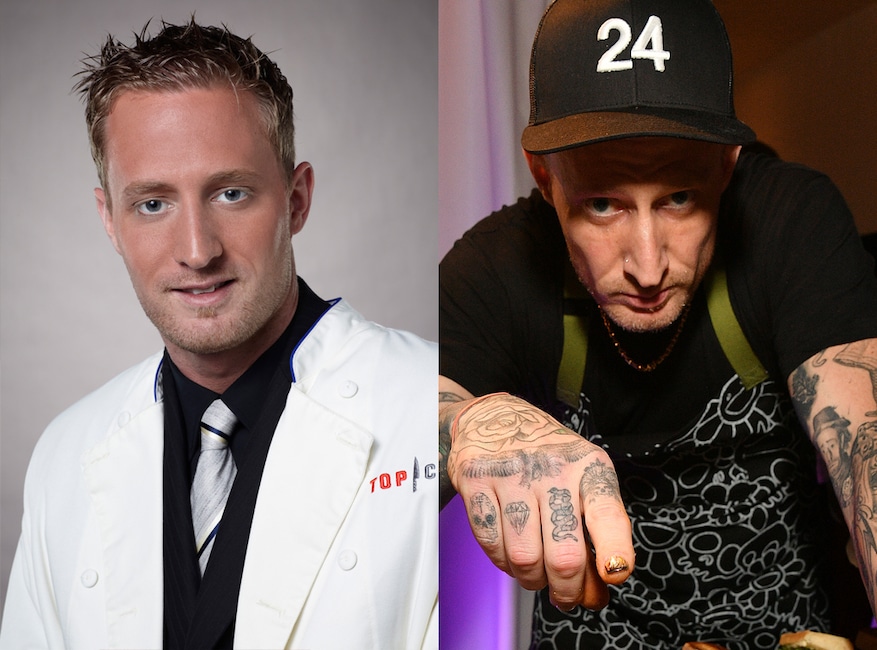 After beating his brother Bryan Voltaggio to take home top honors in season six, he left his gig as Chef de Cuisine at The Dining Room at the Langham Huntington Hotel & Spa in Pasadena, Calif. and opened West Hollywood eateries ink. and ink.sack in 2011. Both have since closed. He and his big bro still own and operate Santa Monica restaurant STRFSH and Voltaggio Brothers Steakhouse, located at MGM National Harbor in their home state of Maryland. In 2015, he and journalist Mariana Van Zeller co-hosted Travel Channel's Breaking Borders. The father of two--daughters Olivia and Sophia live with his ex-wife Kerri Adams--has been dating fashion designer Sami Miro since 2019. 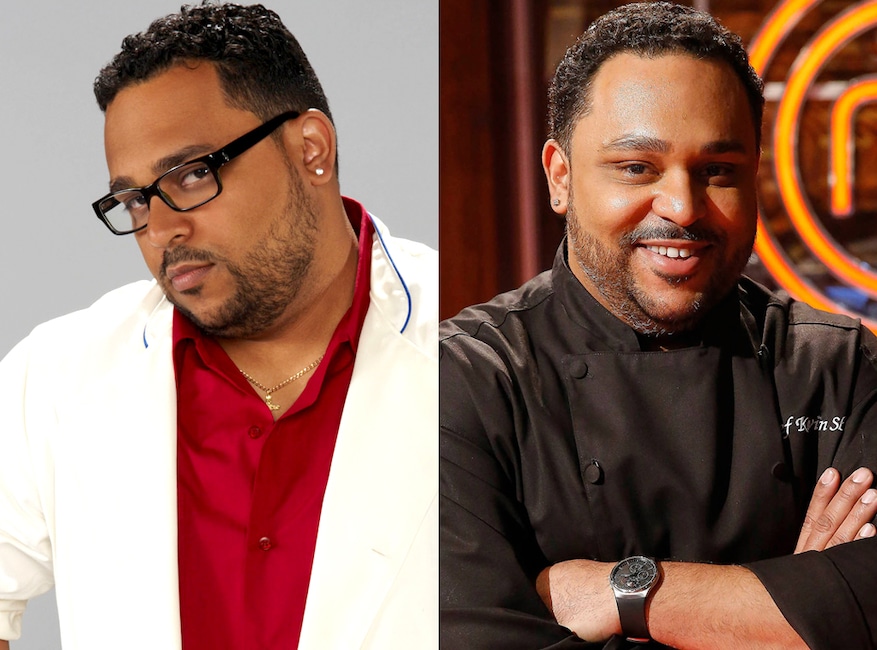 Following his win in season seven, Sbraga began to make a name for himself in his hometown of Philadelphia, opening a handful of restaurants in quick succession that all closed just as quickly. He appeared in a 2016 episode of MasterChef as a guest judge alongside Gordon Ramsay and Christina Tosi. In 2017, he signed on as the culinary director of the Fitler Club, developing menus for the private lifestyle club's restaurants and catering operation, but departed before opening. In 2019, he opened hot chicken eatery Sonny & Sons at Purdue University in Indiana. 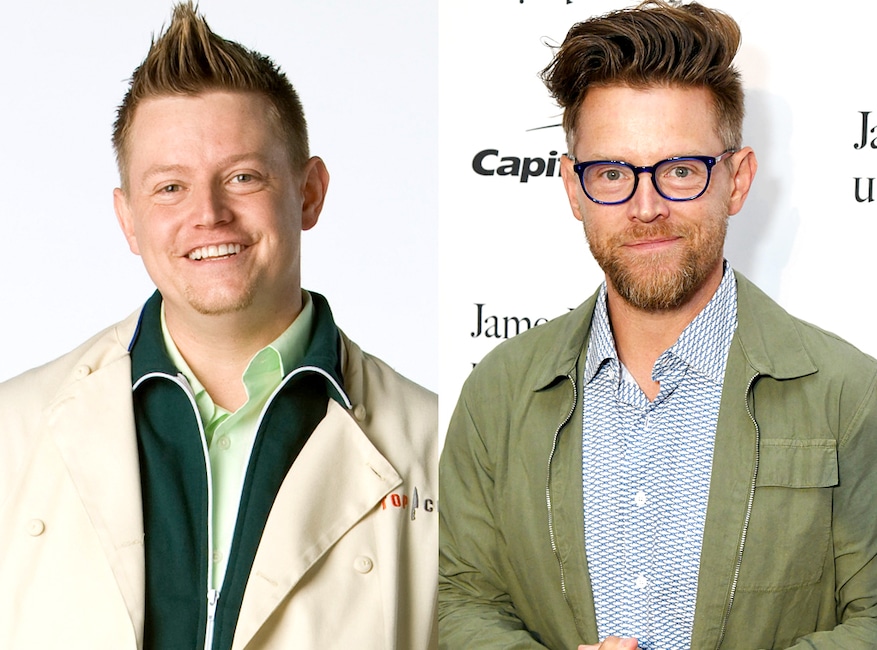 Perhaps the Top Chef winner with the highest profile, Blais returned four seasons after losing to Stephanie Izard to win the show's first All Stars season. Since then, he's regularly appeared on the show as a judge, launched fried chicken fast-casual chain Crack Shack in So. Cal, served as creative director of Flip Burger Boutique in the southern U.S., and opened restaurant Juniper & Ivy in San Diego, Calif. Maintaining a regular presence on the Food Network, Blais was one of 16 American chefs to compete in the Tournament of Champions, now airing. He's published two cookbooks, Try This at Home and So Good and launched two podcasts, including the recent Food Court. Married to wife Jazmin since 2006, the couple have two daughters, Riley and Embry. 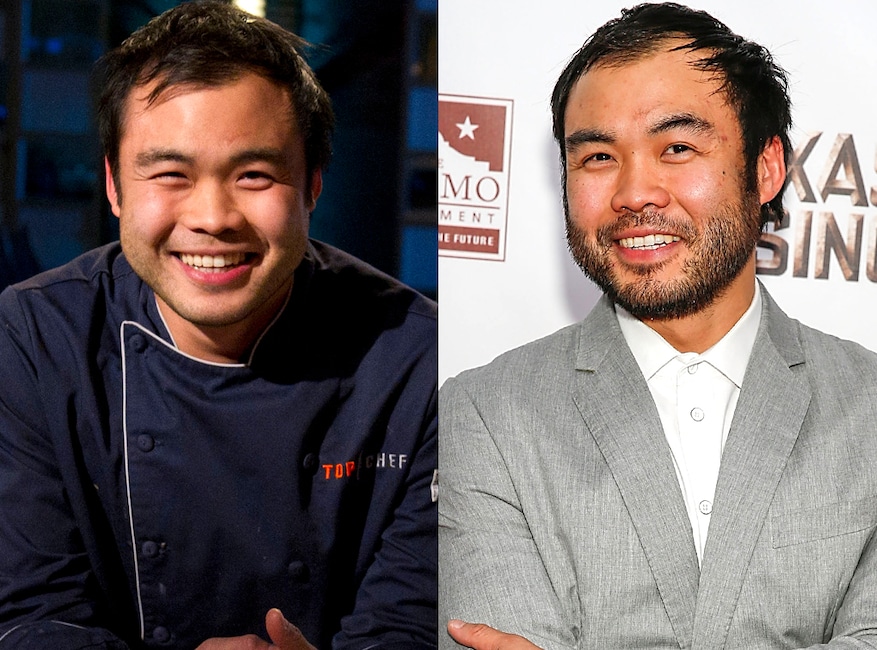 Since his win, Qui has opened restaurants in Austin, Miami Beach, Houston and Dallas, but many have shuttered. In March 2019, it was announced he would be opening a second location of his East Side King eatery, this time in a food hall in Denver, but lingering controversy from a 2016 assault arrest that saw him accused of hitting his then-girlfriend while intoxicated (he denied he'd done anything wrong and charges were dropped in 2018) ended the deal shortly after it was announced. 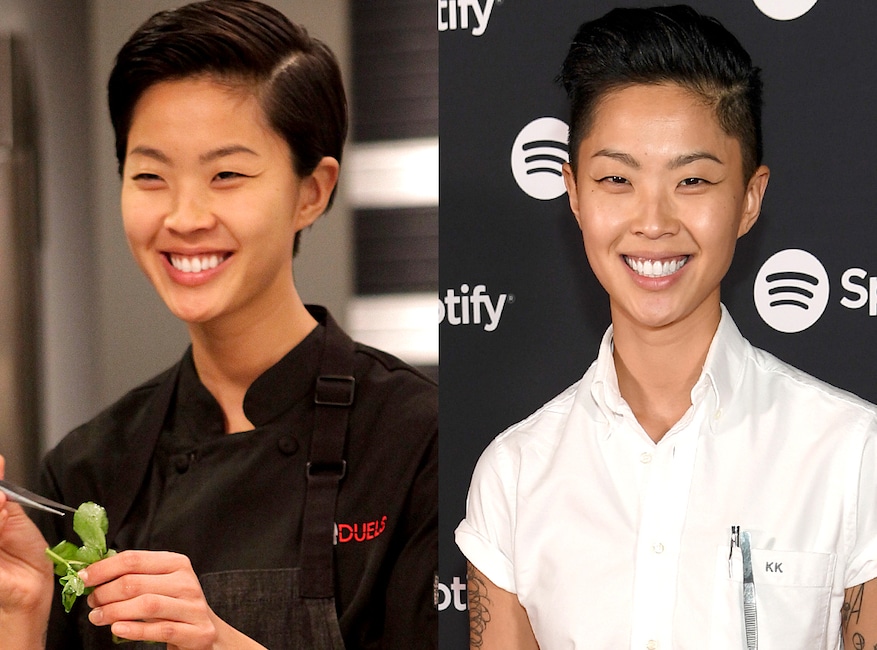 After returning from Last Chance Kitchen to beat frontrunner Brooke Williamson (who returned to the show to reclaim what had been taken from her in a later season), the South Korean-born chef--Kish was adopted by a family in Michigan at four months--publicly came out in 2014, co-hosted a Travel Channel show 36 Hours in 2015, published the cookbook Kristen Kish Cooking: Recipes and Techniques in 2017 and, finally, opened the restaurant Arlo Grey in Austin, Tx. in 2018. 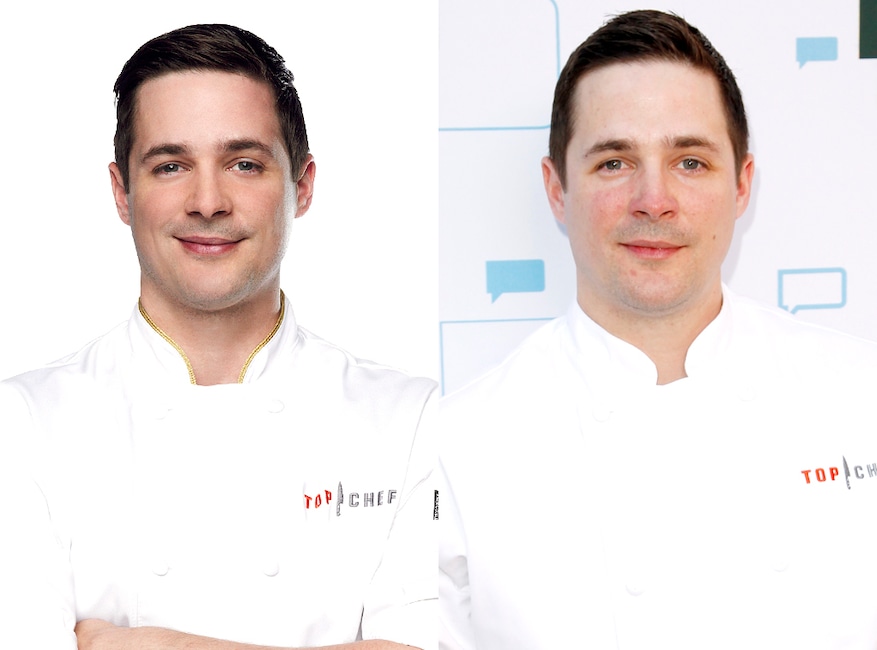 The Philly-based chef was in the midst of launching his first restaurant, Laurel, when he competed on and won the show's 11th season. He still owns and operates the French-American eatery and has added sister wine bar In the Valley and Royal Boucherie to the mix, as well. In September of 2019, he published his first cookbook, Laurel: Modern American Flavors in Philadelphia. 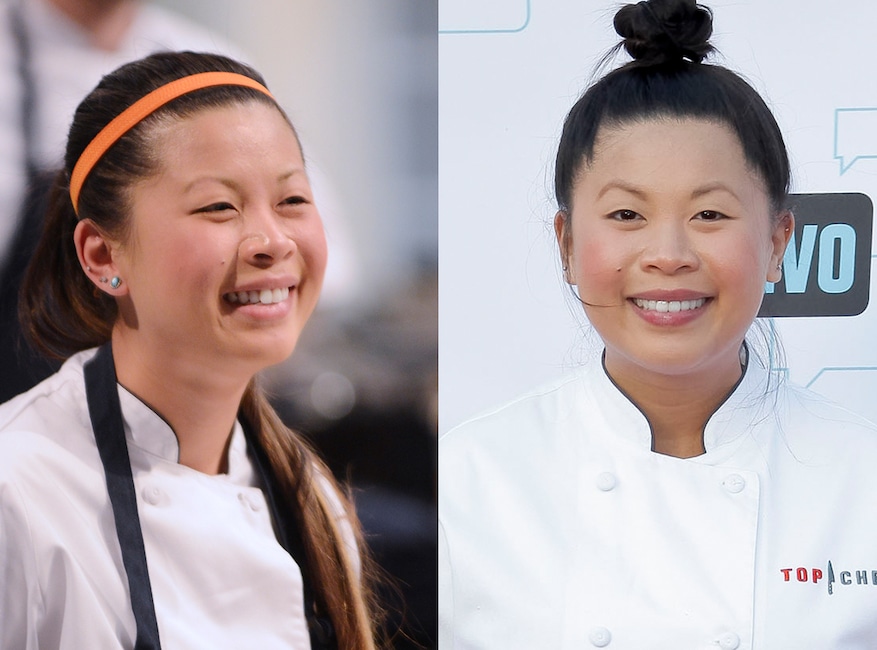 After Michael Voltaggio's protégé became a Top Chef winner in her own right, she started writing food and travel guides for Robb Report. In January 2019, she opened her first restaurant, Nightshade, in L.A.'s Arts District. After serving as Oprah Winfrey's private chef on occasion, the two became close and Lin contributed a handful of recipes to the media mogul's 2017 cookbook.

Following his victory, Ford return to Miami and left his post as chef de cuisine at famed chef Jean-Georges Vongerichten's Matador Room to open a place of his own on South Beach called Stubborn Seed. Krun-Chi Korean, a fried chicken stall in Time Out Market, followed shortly after. Afishonado, his second restaurant, is in the works with a targeted 2021 opening. Already a father to Madelyn, his daughter from a previous relationship, Ford and wife Maria Carmelina welcomed daughter Lucianna in 2016. 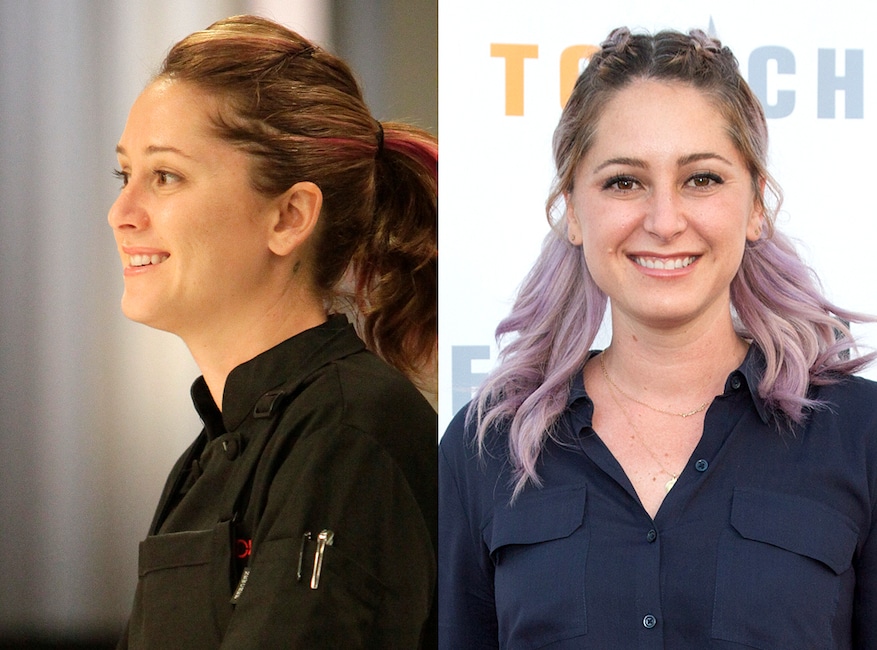 After losing to Kristen Kish in her first season, Williamson returned in season 14 to claim what she thought was hers four seasons prior. Since her win, she's launched a handful of L.A.-based restaurants that she runs alongside her husband, Nick Roberts: Hudson House, The Tripel, Playa Provisions, Small Batch, and Da Kikokiko. Alongside Richard Blais and fellow Top Chef alum Antonia Lofaso, she was one of 16 chefs asked to compete in Food Network's Tournament of Champions, currently airing on the cable network. 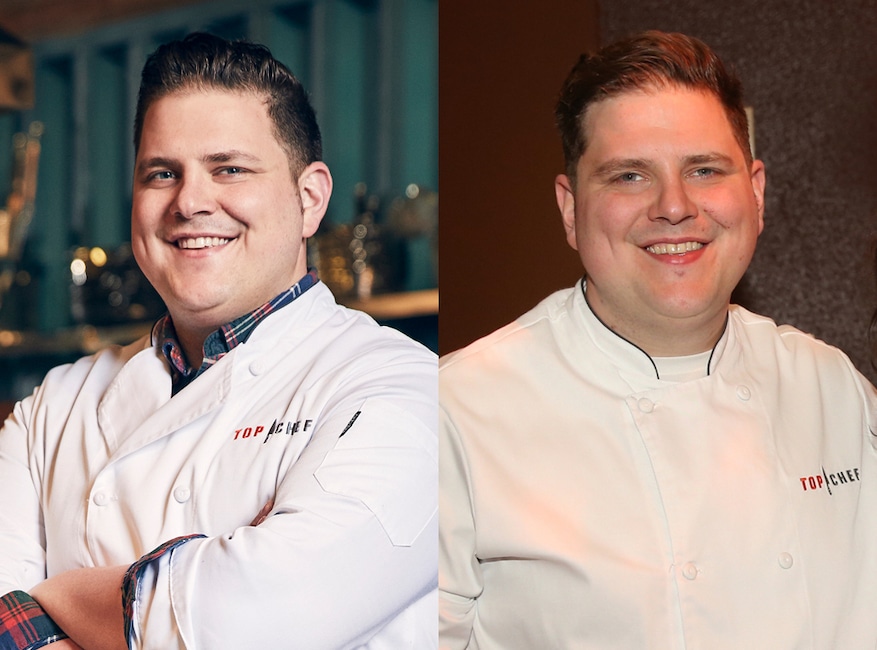 After returning to the competition via Last Chance Kitchen and ultimately winning, Flamm returned to his role as executive chef as Chicago's Michelin-starred Italian restaurant Spiaggia. He's since left his post, with an eye on opening a Croatian-Italian joint of his own in the Windy City, though he hasn't brought the plan to fruition just yet. A summer 2020 opening date was the target, though that'll likely be pushed back thanks to the coronavirus pandemic. He and wife Hillary Delich welcomed son Luka in December 2018. 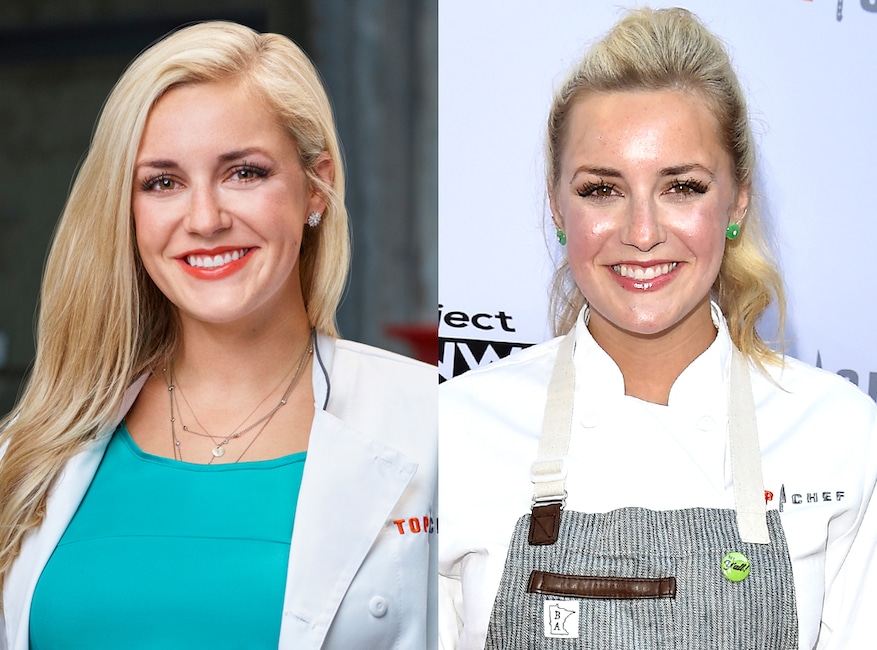 After winning big in season 16's finale, held in Macau, Clark returned home to Dothan, Ala. to raise infant son Monroe and continue running KBC, her restaurant and catering company.