"See You Again" Turns 5: Looking Back at the 5 Best Tribute Songs Ever 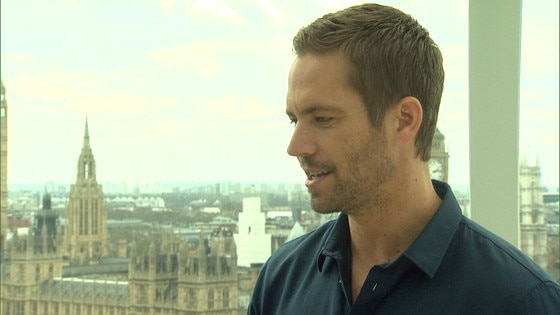 Now Playing
Up Next
E! Remembers Paul Walker on His Birthday

There have been a lot of tributes to Paul Walker since the actor's life was tragically cut short in 2013 during the filming of Furious 7.

Such is the case when a loss is so acutely felt by everyone both in Hollywood and beyond, friends and fans alike.

But none managed to permeate the culture and allow us to pay tribute ourselves than the release of the hit song "See You Again" five years ago on March 10, 2015. As the lead single for the Furious 7 soundtrack, the Wiz Khalifa and Charlie Puth hip-hop ballad was originally written by the latter with a friend from college who'd perished in a 2012 motorcycle accident in mind before the filmmakers commissioned it as a means of sending off Walker and his character Brian O'Conner and added the rapper into the mix.

Not only did the song put Puth on the map, despite an initial desire to put a more established singer on the hook, but it became a powerful and emotional way for fans of Walker and the film franchise he left behind to mourn their fallen fave. It went on to spend 12 non-consecutive weeks atop the Billboard Hot 100, set the record for most-streamed track in a single day on Spotify in the United States, and become the best-selling song of 2015 worldwide.

In honor of five years of the heartfelt track, let's take a look at the five best tribute songs ever. 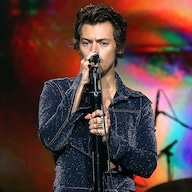 Must-See Concerts and Music Tours in 2020

Elton John — "Candle in the Wind": John and lyricist Bernie Taupin's mournful 1973 track, written in honor of Marilyn Monroe who'd died 11 years earlier, took on a whole new significance in 1997 when the pair re-wrote and re-recorded it in response to the sudden death of Diana, Princess of Wales, who'd been a close friends of John's. With global proceeds from the song going towards Diana's charities, it became the second highest-selling physical single of all time, just behind Bing Crosby's "White Christmas" from 1942. John has publicly performed the 1997 version only once, at her funeral in Westminster Abbey that September. He has vowed to never perform this particular version again unless asked by her sons. Debuting at No. 1 on the Billboard Hot 100, the track stayed there for 14 consecutive weeks.

Puff Daddy and Faith Evans feat. 112 — "I'll Be Missing You": After Christopher "The Notorious B.I.G." Wallace was murdered 23 years ago on March 9, 1997, rocking the hip-hop world and the music industry in general, his Bad Boy Records boss Sean "Diddy" Combs—then known as Puff Daddy—his widow Faith Evans and R&B group 112 came together for this emotional hip-hop ballad that famously sampled The Police's 1983 hit "Every Breath You Take." Wile Sting did join the group on stage at the 1997 MTV VMAs to perform the song, that debuted atop the Billboard Hot 100 and stayed there for a record-breaking 11 weeks, he did sue them over the fact that the sample was used without permission, receiving 100 percent of the song's royalties. He reportedly earns $2,000 a day from the song. 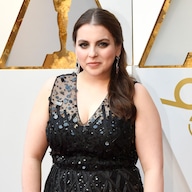 Maroon 5 — "Memories": A recent edition to the list of tribute tracks, this soulful pop song released by Adam Levine & Co. in September 2019 as the lead single from their upcoming seventh studio album was written about the loss of the band's longtime manager Jordan Feldstein (aka Jonah Hill and Beanie Feldstein's brother) who died in late 2017 of a pulmonary embolism. "This song is for anyone who has ever experienced loss," Levine wrote on Twitter when the song dropped. "In other words, this song is for all of us."

Aaliyah — "Miss You": The only artist on this list to sadly wind up memorializing themselves, this gorgeous R&B ballad was initially recorded by Aaliyah in the fall of 1999, but remained unreleased until after her untimely death in a plane crash in August 2001. The track was included on the posthumously released album I Care 4 U, released in 2002. The emotional music video features appearances from her close friends, including Missy Elliott, Lil' Kim, DMX and more, lip-syncing to the song. Speaking directly to the late songstress at the top of the video, DMX declared, "You were truly an angel on earth."