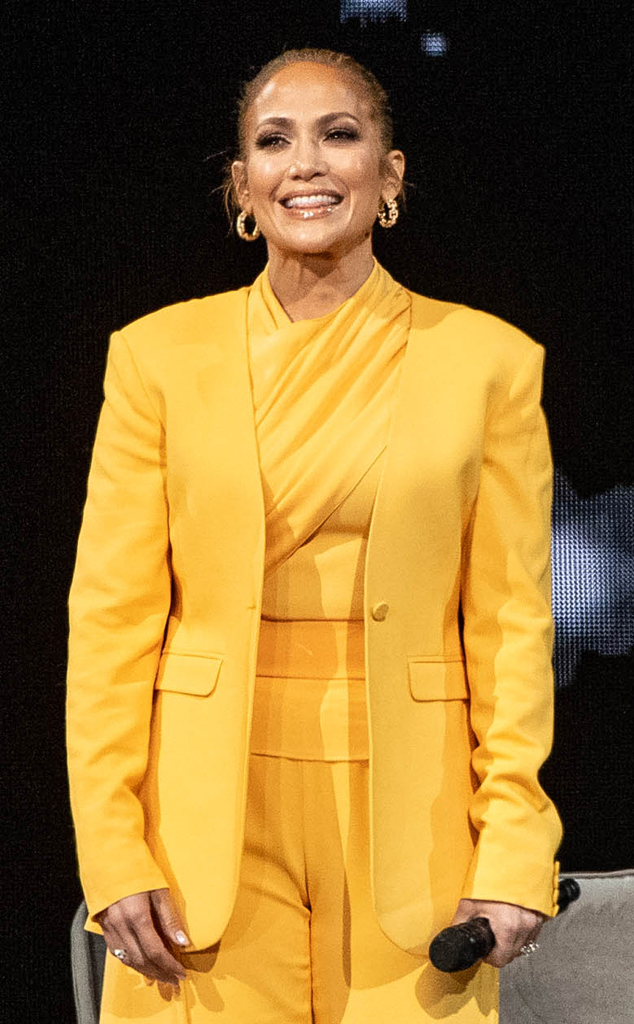 When it comes to being with Alex Rodriguez, Jennifer Lopez is in it for the long haul.

Last March, the retired professional baseball player got down on one knee and proposed to J.Lo in a romantic beach-side setting. Just like that, the two lovebirds were engaged! However, the Hustlers actress recently made it clear that she's not in any "rush" to walk down the aisle.

On Saturday, the 50-year-old icon sat down with Oprah during her 2020 Vision: Your Life in Focus Tour in Los Angeles. During her panel, Lopez opened up about her special relationship with Rodriguez, how she introduced her two kids to him and her not-so-planned out wedding.

When asked if it matters when she marries Alex, J.Lo simply responded, "No, no... it doesn't."

"It's so funny because when we first got engaged I was like, 'Oooo, we're gonna get married in a couple months?!' You're old thinking comes right back, all that hopeless romantic [stuff] that made me get married three times," she shared, laughing. 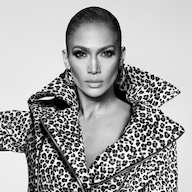 Jennifer Lopez Is Expanding Her Empire Into Your Closet

She added, "If we're really going to try to build something together that we both never had or both never felt like we had—which was a family with a husband and a wife, and a mother and a father—and we embrace all of our children and we show them something that we didn't have." 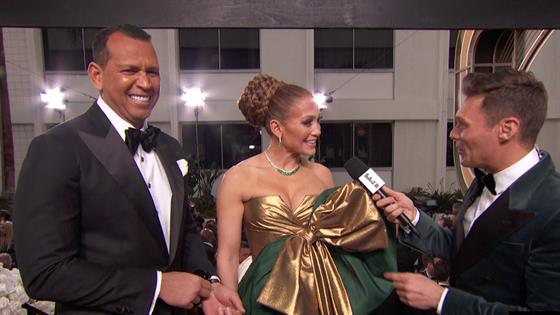 If anything, the Hustlers star said that Alex is so special to her, especially because he's so "different" compared to her past relationships.

"It was different than anything that I had ever experienced in the sense of his consistency," she said. "What he says, he does... every time. And that is big. He wants to build together, which I've never had. I never had anybody who wants to see me shine and grow and be." 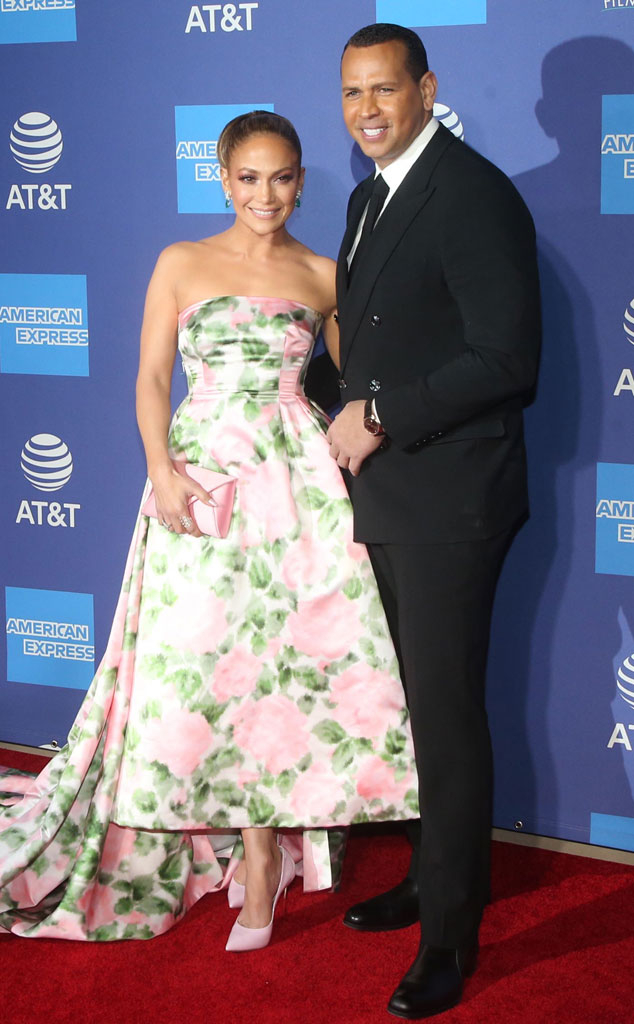 "I think him being in my life is a big part of what happened this year because he allowed me to [take off] and it wasn't like, get back down here or don't outshine me...," she explained. "We have that kind of mirror quality for each other."

For the songstress, she also knows that her dating life can affect her two kids—Emme Maribel Muñiz and Maximilian David Muñiz—whom she shares with ex-husband, Marc Anthony.

That's why when she first introduced her twins to Alex, she "eased into it."

"I think they just started seeing him come around, and little-by-little we kind of eased into it," she expressed. "And then we went on a family trip, so all the kids could be together... that was big step for us."

Lopez also explained that lot of her and Alex's relationship revolves around being a blended family, and working around each person's "personality."

For her, she said, it's all about communication and coordinating things with everyone.

"The kids have a network of people who love [and] adore them and want the best for them," J.Lo shared. "I think we figure it out as we go." 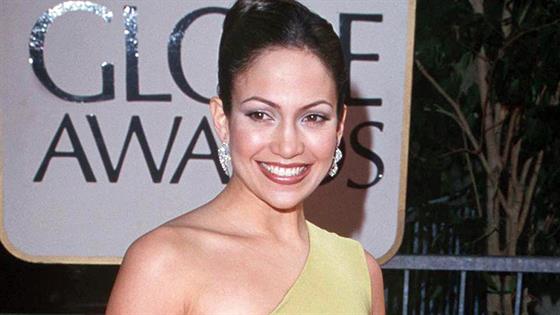 Even if wedding bells aren't part of her 2020 vision, Jennifer has a lot to celebrate.

Despite being snubbed by the 2020 Oscars for her role in Hustlers, the actress spoke out for the first time about how that made her feel and how she shifted her perspective to be more positive.

"I was sad. I was a little sad because there was a lot of build up to it," she told Oprah about being snubbed. "I got so many good notices, more than ever in my career and there was a lot of like, 'She's going to get nominated for an Oscar, it's going to happen! If she doesn't, you're crazy!'" 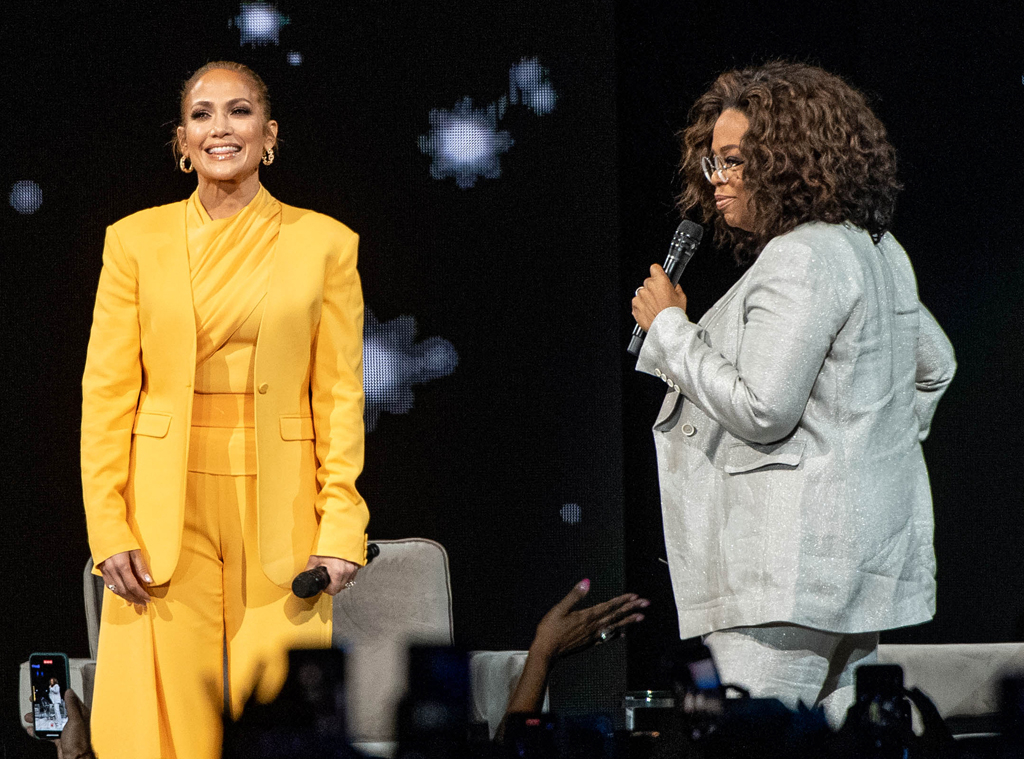 However, her pity party was over after she decided to reflect on the amazing things she had done within the last year.

"I think what happened with the Super Bowl, with this whole entire year, a sold out tour, getting nominated for all these awards and then not getting the Oscar thing, I had to kind of re-examine," she said. "'Why do you do this? What are you so sad about right now? You just had the most amazing year of your life. You just had the biggest opening of a movie in your career. You just walked the runway in Milan and had a fashion moment. You're doing the Super Bowl in a couple weeks! What is it?'"

She added, "You realize you want people's validation, you want people to say you did a good job. And I just realized, no you don't need that. You do this because you love it."