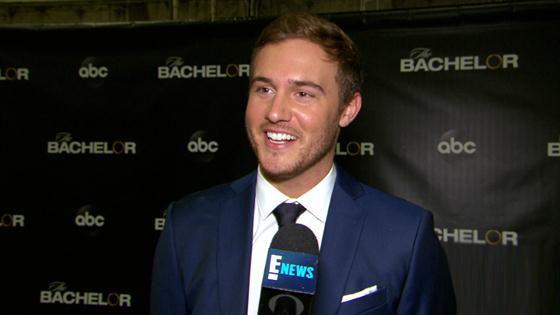 If you were hoping for a second chance for Hannah Brown, you're out of luck.

Sources tell E! News that the beloved star of last season, who ended up with a broken engagement and a bright future, turned down a return to the driver's seat for season 16 of The Bachelorette when the pay wasn't enough for her. She then signed on to the Dancing With the Stars stage tour, making her officially unavailable for filming.

While that's sad news for fans of Hannah B. (who can't make it to the DWTS tour dates), it opens up a world of possibilities in terms of who might actually be starring in the upcoming season, which is supposed to begin shooting in just a couple of weeks. Good Morning America will be revealing the new star this Monday morning, so it's time to take a look at which women could—and which women should—be in the running for the coveted gig.

First of all, the fact that this announcement is happening even before the reveal of Peter Weber's final two women means it's likely/definitely not Victoria Fuller, Hannah Ann Sluss, or Madison Prewett. In fact, with the announcement coming even before Women Tell All airs, we'd be surprised if the star is from Peter's season at all. 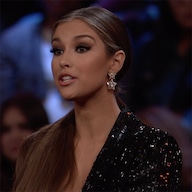 Alayah Might Have Caught Victoria P. In a Lie in The Bachelor: Women Tell All Sneak Peek

Rumors have been swirling that producers were looking at past stars of the franchise for weeks now, but that doesn't mean everyone from season 24 is out of the running. There are still a few potentially good options, and while no one has really stuck out like they have in previous years, that doesn't really mean anything. Hannah B. herself was a shocking pic from Colton Underwood's season, and look at her now!

The thing is, after Peter's season, it feels like the franchise is in need of a refresh. The contestants keep getting younger and younger (both Hannah Ann and Madison are 23!), and so it's getting harder and harder to take the show "seriously." An older lead and older contestants would help make the show both genuinely interesting and a whole lot more believable, because it's a whole lot easier to make decisions and not embarrass yourself on national television and find the person you actually could spend the rest of your life with when you've lived some life and figured out what it is that you want.

Plus, trust us: people can absolutely still be dramatic after the age of 30. 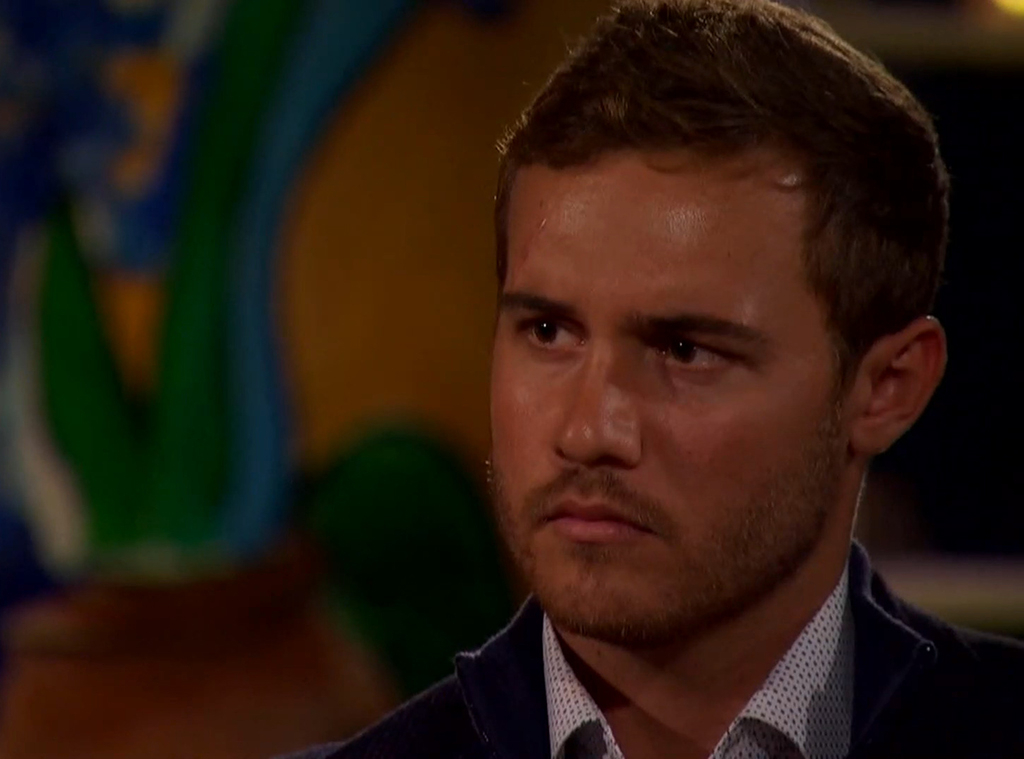 We asked Pilot Pete himself what a person needs in order to make a good lead.

"Tough skin, for sure. You have no idea how important that is," he told us. "But just honestly able to tune out a lot and be able to really just focus and be in touch with what your heart's telling you and what it wants. I believe it's not gonna lie to you. And there's gonna be opinions galore, and you're gonna have, for the next Bachelorette, a lot of guys in the house that are gonna have opinions about certain guys. Do your due diligence as much as possible. Yes, you only have so much information, but you gotta do what makes you happy, and you can't make decisions for anyone else."

So, with that in mind and with Hannah out of the running, let's talk about who could still be in it. 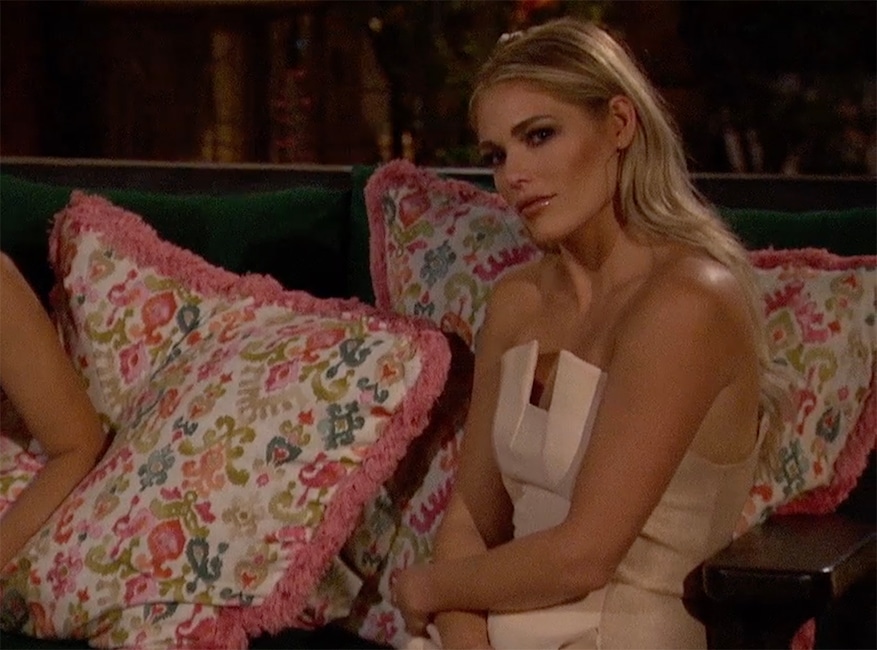 Kelsey is 28 and a professional clothier from Iowa. She had a rough moment with Champagnegate back at the beginning of the season, but she recovered well enough to make it to the final four and seems to be able to recognize and laugh at her own mistakes. She's emotional, which contrary to what some people think, is completely fine, but being the Bachelorette might still be more than she can handle (since it's more than most people can handle). She was Pete's first choice though! 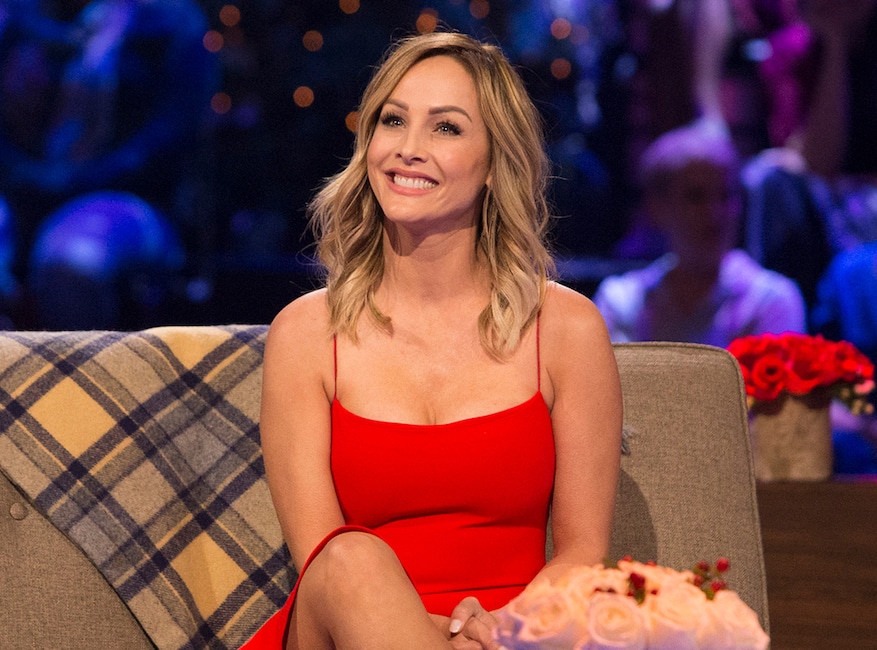 Clare, who is 38, has a storied past in the Bachelor franchise. She was the runner-up in season 18, then went on to appear on two seasons of Bachelor in Paradise with no such luck in the love department. She then met and eventually got engaged to Canadian Bachelorette star Benoit Beausejour-Savard on Bachelor Winter Games. They broke up in April 2018, and Clare had seemingly retired from the franchise until rumors recently started swirling that she's in the running. She'd be the oldest star Bachelorette yet, which is a good thing. Hopefully her contestants would be similarly aged. 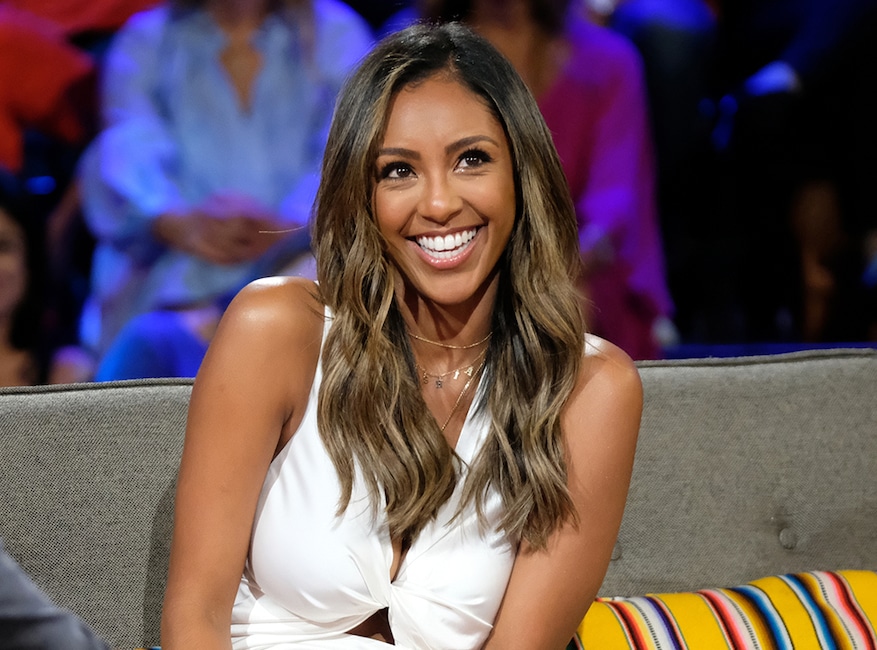 Tayshia, 29, was technically one of Colton's final two before he chased after Cassie Randolph. She then found unexpected love on Bachelor in Paradise with John Paul Jones, but they split in October. She proved to be smart and funny, and her choice of JPJ proves she might have a somewhat surprising taste in men, which could be very fun. 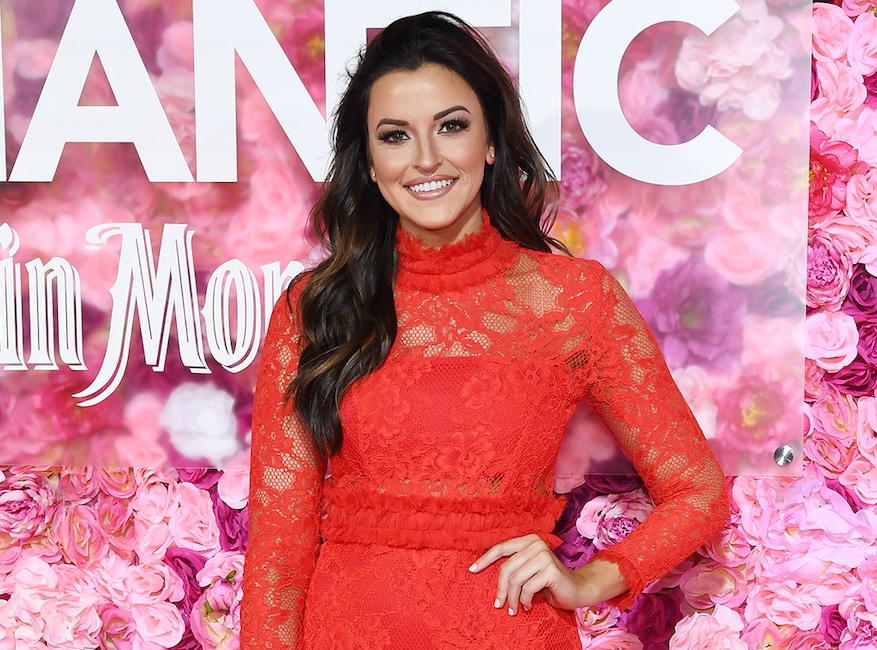 Tia, 28, was an ex of Colton Underwood's, so they had quite a dramatic moment together on Bachelor in Paradise before he went on to be the Bachelor. She announced that her most recent relationship had ended in October 2019, and her name has been brought up by Bachelor Nation alums as the next Bachelorette. 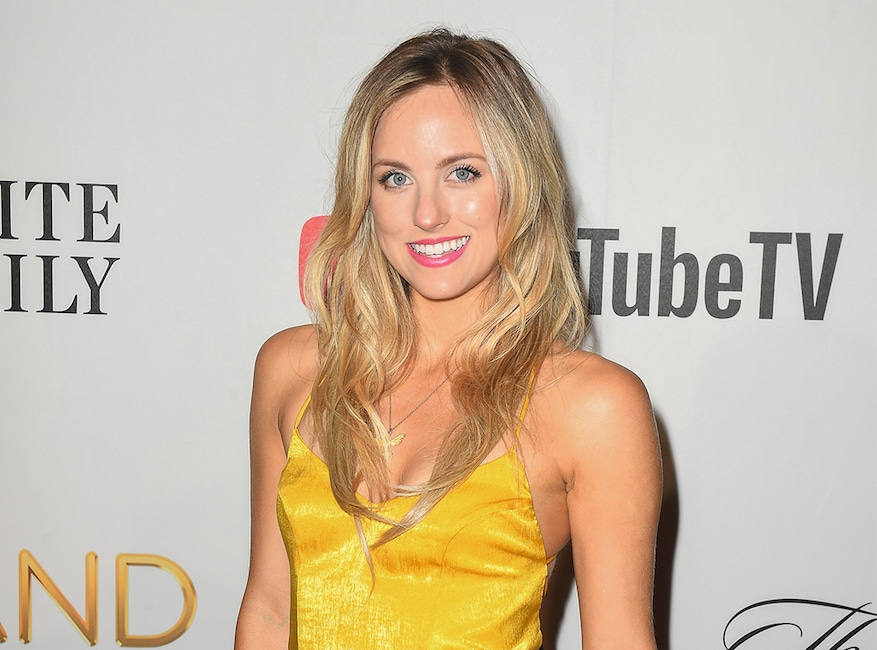 Kendall, 28, was the quirky taxidermist from Arie's season who eventually fell in love with Grocery Store Joe Amabile on Bachelor in Paradise. She could make a fun Bachelorette, but she and Joe only announced their split in January. That's probably too short a time in between for anyone to have a good time with this. 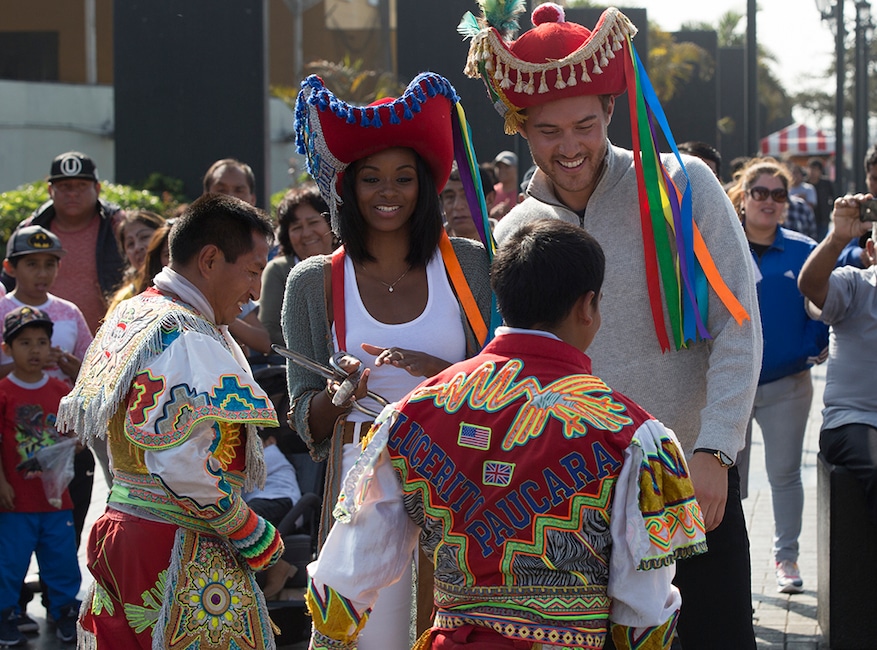 Natasha is a 31 year-old event planner from NYC who made it to Peter's final six, despite them barely interacting all season. But Natasha was always quick to call Peter out on his bulls--t, and that honesty made her stand out. It sort of felt like Peter kept her around to help with her chances of a future in the franchise, and rumors of her not being at Women Tell All make that future all the more questionable. 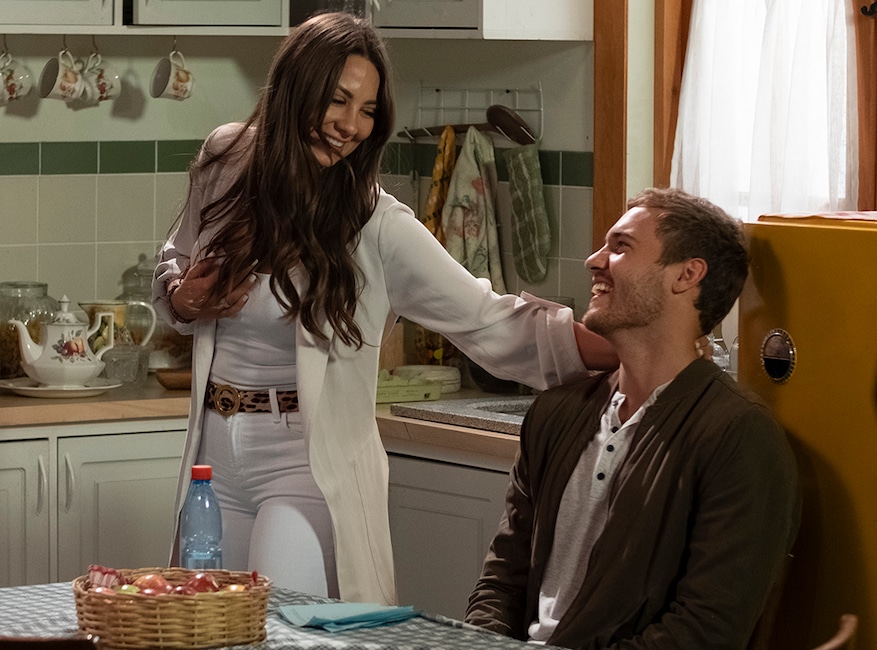 Like Natasha, Kelley is also rumored to not have been at Women Tell All, but unlike Natasha, Kelley got a lot more time with Peter throughout the season. They had met before, and she seemed very different from most of the other women. She's a 28 year-old attorney who got a weird edit towards the end of her time on the show, but many fans have been calling for her to be the next lead. She's smart, sensible, and has a lot less of an Instagram model vibe than most other contestants (in a good way).

We'll find out Monday morning when the announcement is made. Good Morning America airs at 7 a.m., and The Bachelor: Women Tell All will air Monday at 8 p.m. on ABC.