Taylor Swift Is "The Man" in New Music Video: All the Hidden Easter Eggs

Taylor Swift is a fearless leader.

The superstar singer has dropped the official music video for her anthem "The Man," which she directed! The song, which is Swift's latest single off of her hit Lover album, addresses the double standards between men and women. In her song lyrics, Swift calls out the way she's treated in the media vs. the way famous men are treated.

In this new video, Swift dresses up as "The Man," showing her getting praise at work, on a yacht, and being welcomed in any setting. Early on in the video, the character stops to go the bathroom on a wall at "13th Street Station," a nod to Swift's favorite number. Around the station sign we see the names of Swift's albums, from Fearless to Reputation. "Missing: If Found Return to Taylor Swift," a sign reads. This is a nod to Swift's battle for the rights to her own music. There's also a sign on the wall that shows no scooters are allowed, a reference to her battle with Scooter Braun.

That same shot in the subway shows a poster for Swift's Miss Americana Netflix documentary. According to the sign, Mr. Americana stars Tyler Swift!

There are a few surprise cameos in the video too. In one scene, while playing tennis, we see the character start to argue with the chair umpire, who is played by Swift's dad, Scott Swift. At the end of the video, we hear "The Man" speak to director Swift. The voice of "The Man" is revealed to be Dwayne Johnson!

Swift has released this music video on a very significant anniversary. On Feb. 27, 1922, the Supreme Court upheld the 19th Amendment, the voting rights for women. T.Swift referenced the number 19 in her music video tease earlier this week. Alongside a photo of hands, Swift wrote, "There are 19 hands in the hallway... but only 2 days until The Man Music Video."

Before the premiere of the video, T.Swift took part in a Q&A with fans on YouTube. When asked about the creation of the video, the Grammy winner replied, "I loved the months of prep, meetings, location scouting, set design, mood boards, deciding every detail down to the wardrobe each actress/actor wore + working with them on set. So um all of it." 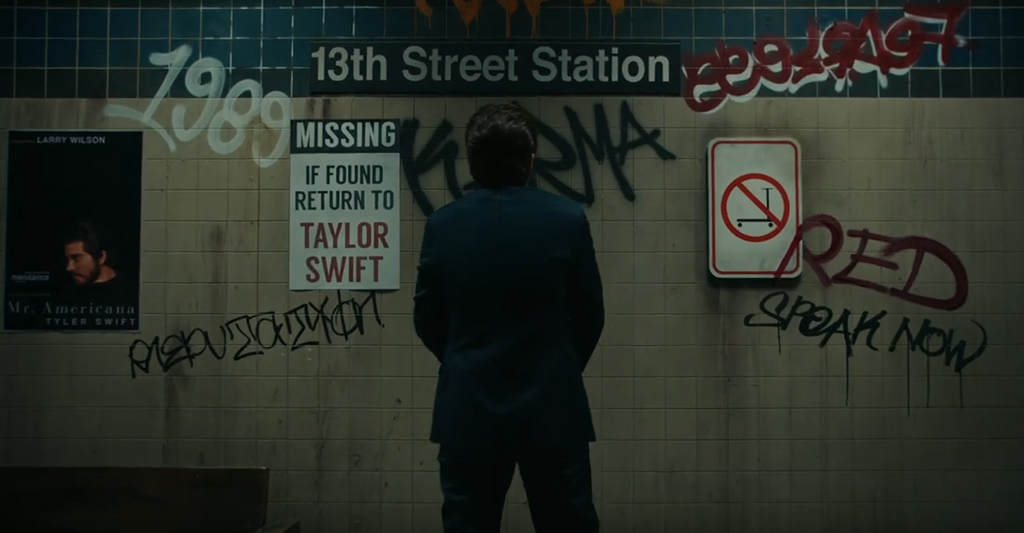 While in the YouTube Q&A, Swift told her fans, "​I love you guys so much for deciding to dedicate your morning/evening/afternoon to this chat I LOVE YOU."

When asked about cameos in the video, Swift teased, "Cameos? There may be some familiar faces but not in the way you think. I love our cameo actresses & actors. I'm happy they wanted to be a part of it. One of the cameos is gonna make you guys laugh [tennis emoji]."

Swift, who loves dropping clues for her fans to find, also addressed the possible Easter eggs she's hiding in the video.

"How many Easter eggs? Lots and lots," Swift shared. "More than in any kid's yard on Easter morning."

This is the third video that T.Swift has dropped for the song. The 30-year-old star initially released the lyric video for the track, which delivered a powerful message. In the video, a woman is shown walking among a sea of men, who are much taller and larger. After almost being stepped on, the woman starts running, trying to escape. She then climbs a building, working hard to reach the top but not quite getting there.

At one point, she's kicked off a building, falling, before she's caught by another woman. The video ends with a group of women walking together in solidarity, showing a powerful message to viewers. 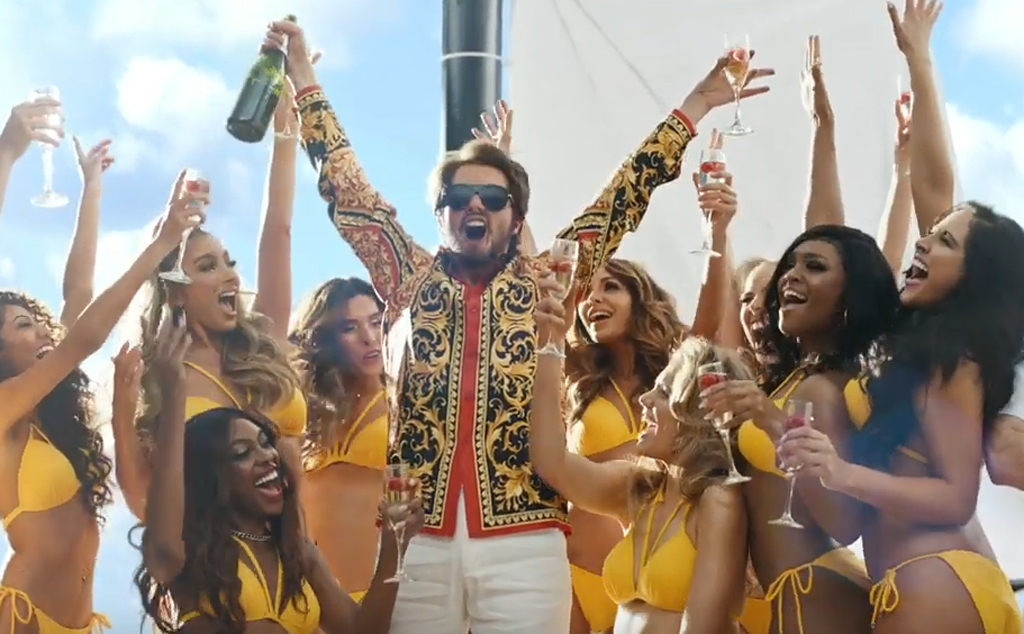 Last week, Swift dropped "The Man—Live From Paris," showing her acoustic performance of the song during her City of Lovers concert in 2019.

Watch "The Man" music video above!