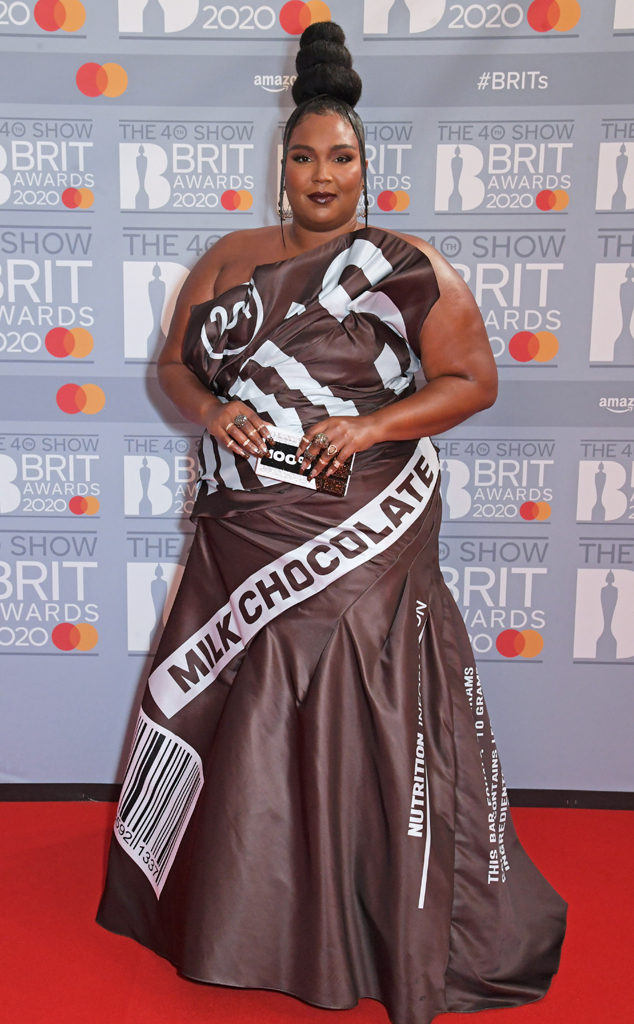 The 2020 BRIT Awards have officially kicked off in London!

Lizzo, Harry Styles, Niall Horan and more talented musical artists have gathered at The 02 Arena for the award show. While everyone is waiting to see who picks up the awards at Tuesday night's ceremony, fans are also excited to see the award-worthy red carpet fashion. And Lizzo is definitely giving her fans a real treat with her award show style! The "Truth Hurts" artist is wearing a Hershey bar, literally!

Photos show the 31-year-old singer donning a dress that was created to look like the delicious snack.

"The best kind of chocolate," Lizzo captioned a red carpet photo of herself, while also giving shout-outs to her Moschino dress, Lorraine Schwartz jewelry and Judith Leiber bag. The superstar is also wearing Sophia Webster shoes for the ceremony.

It's an extra special night for Lizzo, who is up for her first BRIT Award! Lizzo is nominated in the Best International Female Artist category at the ceremony. 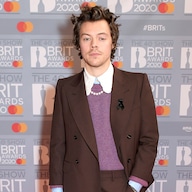 Before we find out who won all of the awards, we're taking a look at all of celeb style on the red carpet! 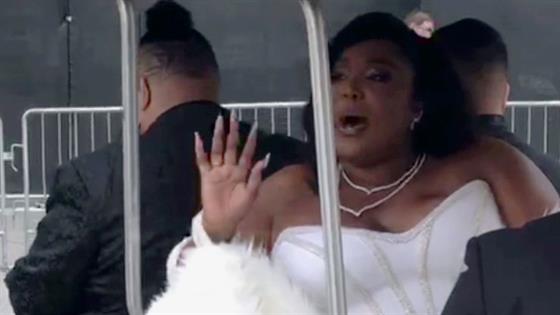 Check out all of the stars arriving to the 2020 BRIT Awards in the gallery below! 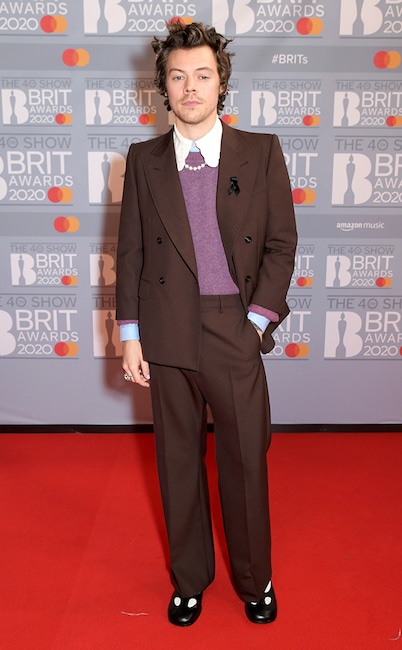 The One Direction star, who is nominated and performing at the award show, can be seen wearing a black ribbon on the red carpet. Many fans believe this is a tribute to Styles' ex, Caroline Flack, who tragically passed away over the weekend. The black ribbon reflects a state of mourning or remembrance. 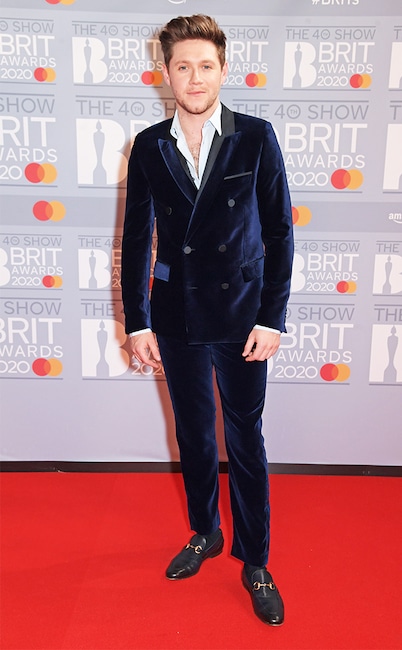 Styles' One Direction bandmate was very supportive of the "Adore You" singer on the red carpet. When asked if he gives Styles any performing advice, Horan told reporter Yasmin Evans, "He doesn't need it. We've done enough performances between us over the years to know what to do...he deserves it, the album is phenomenal, the single is flying." 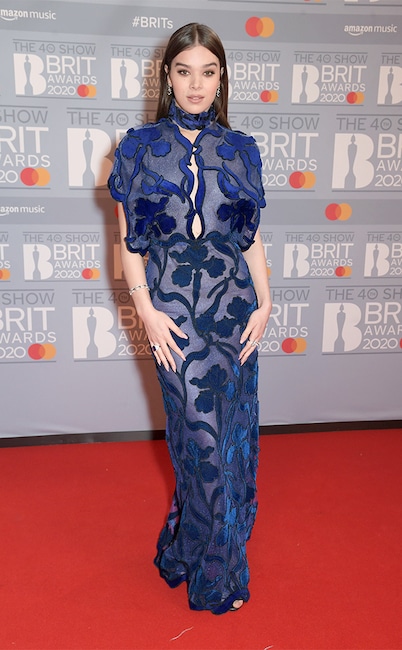 Sheer sensation! The "Wrong Direction" star struck a pose on the red carpet in this sheer blue dress. 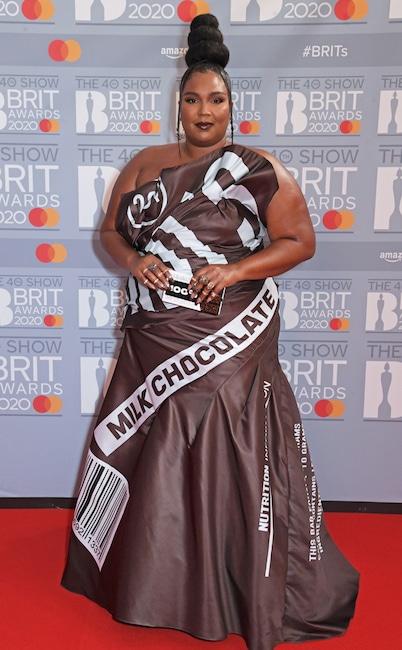 A snack! Lizzo gave everyone a treat with this Hershey bar ensemble. As she told her fans, "The best kind of chocolate." 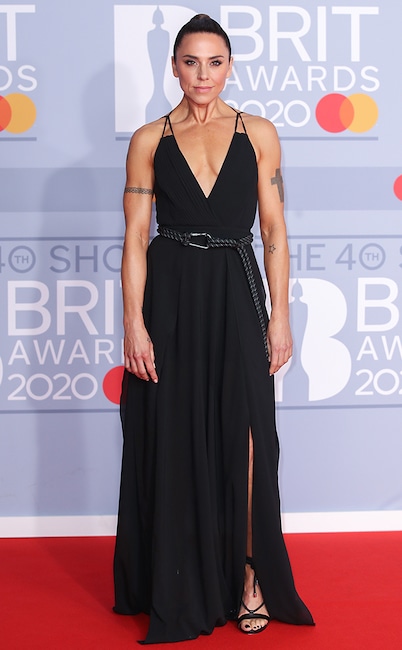 Girl power! The Spice Girls star hit the red carpet in this chic design ahead of the ceremony. 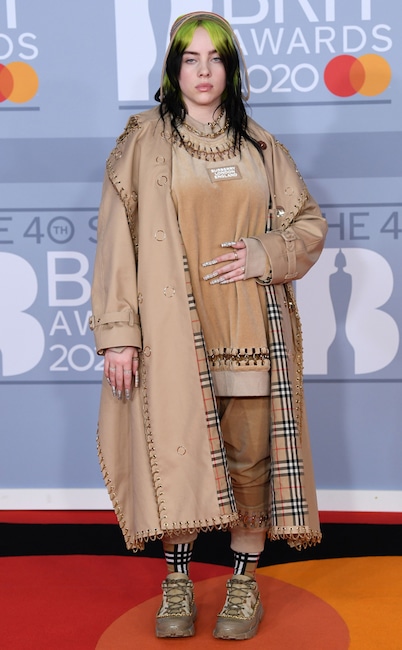 Bold in Burberry! The "Ocean Eyes" star, who is up for International Female Solo Artist at the ceremony, paired her Burberry ensemble with Tiffany & Co. jewelry, including the Tiffany HardWear graduated link necklace and rings from the Tiffany T collection. 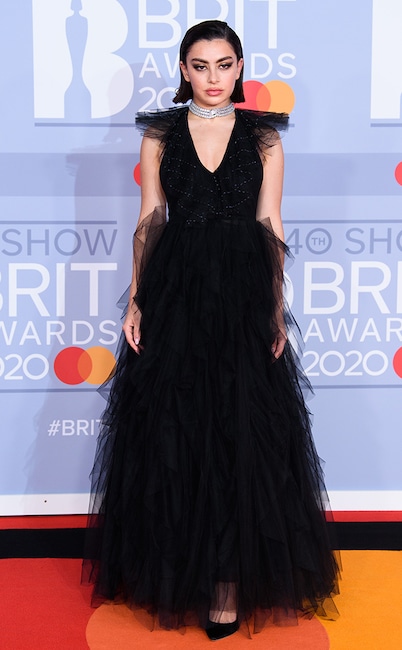 The "Boys" singer had cameras flashing as she stepped onto the red carpet in this tulle dress. Charli is nominated for British Female Solo Artist at the award show. 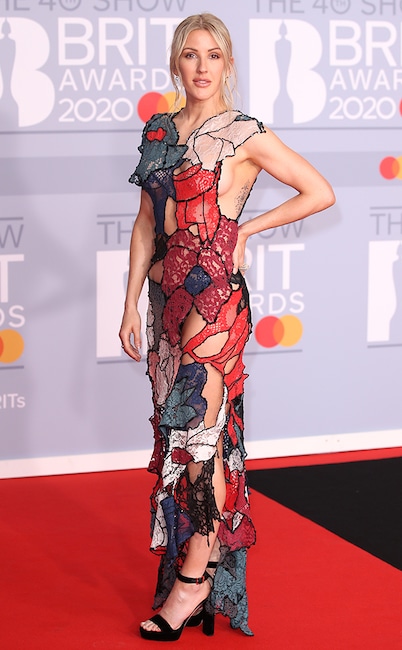 The "Love Me Like You Do" artist, who has previously won two BRIT Awards, added an extra pop of color to the red carpet.