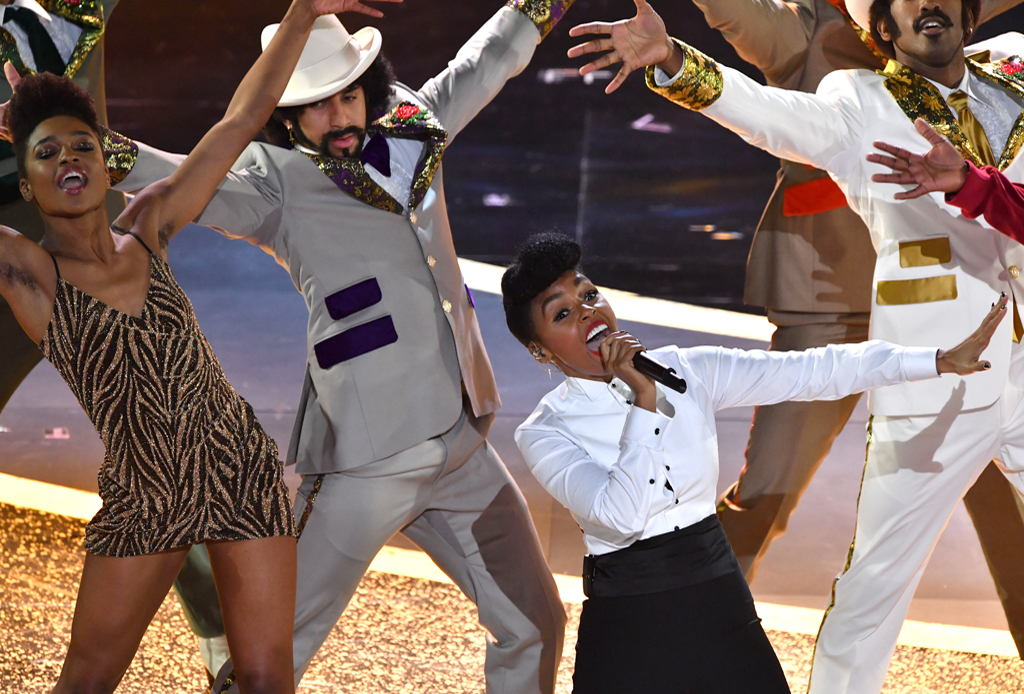 Somehow, the show managed to go on after Janelle Mon&#225e stopped it.

The Harriet actress opened the 2020 Oscars first with a heartwarming homage to Mr. Rogers, singing "Won't You Be My Neighbor" and then passing her hat along to Tom Hanks, a supporting actor nominee for his turn as the beloved children's television host in A Beautiful Day in the Neighborhood.

Then, it managed to get more inspirational. And a little rowdy.

As backup dancers dressed in recognizable costumes from Jojo Rabbit, Us, Dolemite Is My Name and more, Monae started belting out her tribute to the year's nominated (and overlooked) movies, accompanied by Billy Porter, who launched into "I'm Still Standing," inspired by the Elton John biopic Rocketman (which only scored one nomination, for Best Original Song). An all-woman brass trio did their thing, and then—by then draped head to toe in blooms inspired by Midsommar's now-very-creepy floral dress—Monae headed into the audience to spread some more joy. 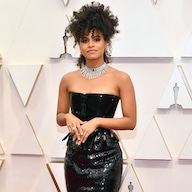 "We celebrate all the women who directed phenomenal films!" she exclaimed. "I'm so proud to stand here as a black, queer artist, telling stories."

Brad Pitt passed on his opportunity for an extended solo after one of his syllables boomed above the chorus, but Leonardo DiCaprio(sitting next to his girlfriend instead of his mom at an awards show for a change) gamely sang some "la-la-la-la-la-la's" into the microphone, and then the crystal-clear voice of Brie Larson—"you can really sing!" Monae encouraged her—rang out through the Dolby Theater in Hollywood.

"Everybody come alive!" Monae sang, her voice likely reaching the heavens above, let along Hollywood Boulevard outside the door.

Let's just say, for its second straight host-less telecast, the Oscars did what it needed to do to get this party started.