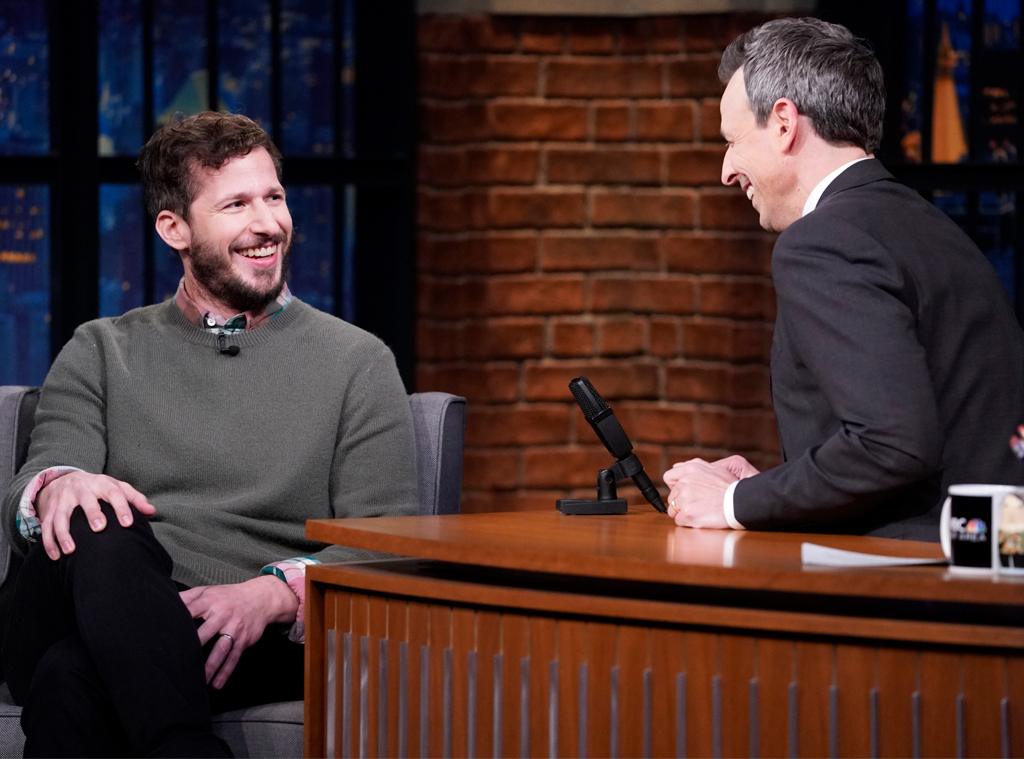 Andy Samberg is all about the dad life.

On Tuesday, the Brooklyn Nine-Nine star stopped by Late Night with Seth Meyers and opened about being a dad to his 2-year-old daughter. Curious to know more about Andy's transition into fatherhood, host Seth Meyers asked the funnyman how his life has changed since he and his wife Joanna Newsom welcomed their little girl.

"Aside from the beard?" he began. "I feel like I'm working on a pretty signature dad bod. I pick her up a lot, so my guns are really rockin'. But I eat all of her bread crust, so my tum's a little fat. I've eaten more crusts in the last two-and-a-half years than in the rest of my life combined. I can't remember the last time I had a normal bite of a sandwich."

When Andy isn't enjoying his daughter's leftovers, the Saturday Night Live alum said that you can often find the father-daughter duo listening to some classical music these days. 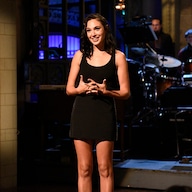 "She's very into The Nutcracker," Andy explained. "The original. We took her to see a marionette show…and she flipped for it. And now we listen to The Nutcracker nonstop…On a loop. And she knows all the tracks, you know? It's pretty heavy."

Known for keeping his private life out of the spotlight, Andy rarely addresses his baby girl in interviews. Back in 2017, shortly after she was born, he stopped by Jimmy Kimmel Live and shared his favorite part about being a new dad: "She has started just sitting there and making fart noises with her mouth and then laughing really hard. I was like ‘Oh well, I've taught her everything I know.'"

During his Late Night visit, Seth chimed in with a funny anecdote about his two sons Ashe Olsen, 3, and Axel Strahl, 21, months, when they went to see a Paddington the Bear puppet show. "Minute it started, the 1-year-old was like, ‘No! No!'" he recalled. "And it was a huge bummer. I mean, for him. We super dug it…The 3-year-old—very loudly—at one point said, ‘I do not like the people. I only like the bear.'"

Andy joked, "Speaking for everyone in the audience, I'm sure."

Still on the topic of his family, Seth couldn't help but bring up the disdain Andy has for his family's dog Frisbee. In fact, the late night host said that The Lonely Island singer even sent back the Meyers' Christmas card because their canine made a cameo. 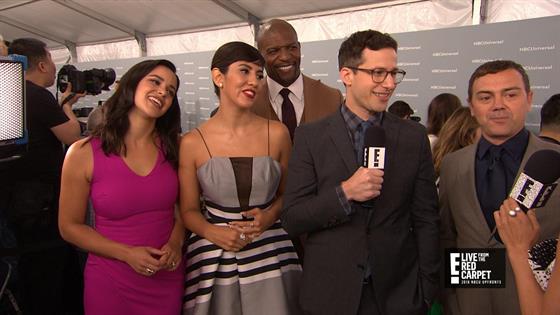 "Frisbee, the piece of s--t," Andy joked, trying his best not to break. "You might as well as sent me anthrax. Look at this piece of s--t. I had to hire a cleaning crew ‘cuz of all the barf in my house…I've been walking home drunk in New York at 4:00 in the morning and seeing rats I like more than Frisbee."

Watch Andy gush over being a dad and explain where his deeply-rooted hate for Seth's dog originated from in the hilarious clip above!