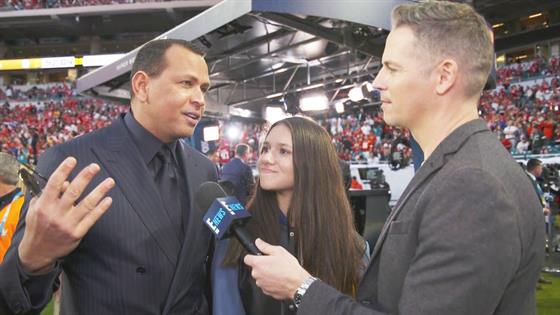 The world's still reeling from the iconic Super Bowl halftime show that Shakira and Jennifer Lopez put on this weekend.

From the fabulous fashion, the surprise performances from Bad Bunny and J Balvin, the subtle but powerful political statements, J.Lo's 11-year-old daughter's rendition of "Born In the USA" by Bruce Springsteen, to the powerful homage to Latino culture on a global stage; last night's halftime show performance was one for the books.

While the two weren't the first Latinas to step on the stage for a Super Bowl halftime show performance—that was Cuban-American Gloria Estefan in 1992— it was still historic to see these two share the stage.

Ahead of the Super Bowl halftime show performance on Sunday, E!'s Jason Kennedycaught up with Alex Rodriguez. When asked what J. Lo and Shakira's performance meant for women watching everywhere, the former MLB player said it was an "enormous moment." 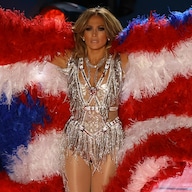 Rodriguez added, "First of all, with 60 million Latinos in the United States, it's amazing. Representing all the Latino women, it's really empowering... it's about equality. It's about so much. But it's just inspiration because I know she inspires all of us and tonight will be no different."

In another interview with E! News' Justin Sylvester, Rodriguez called J.Lo the "hardest working human being I've ever met." 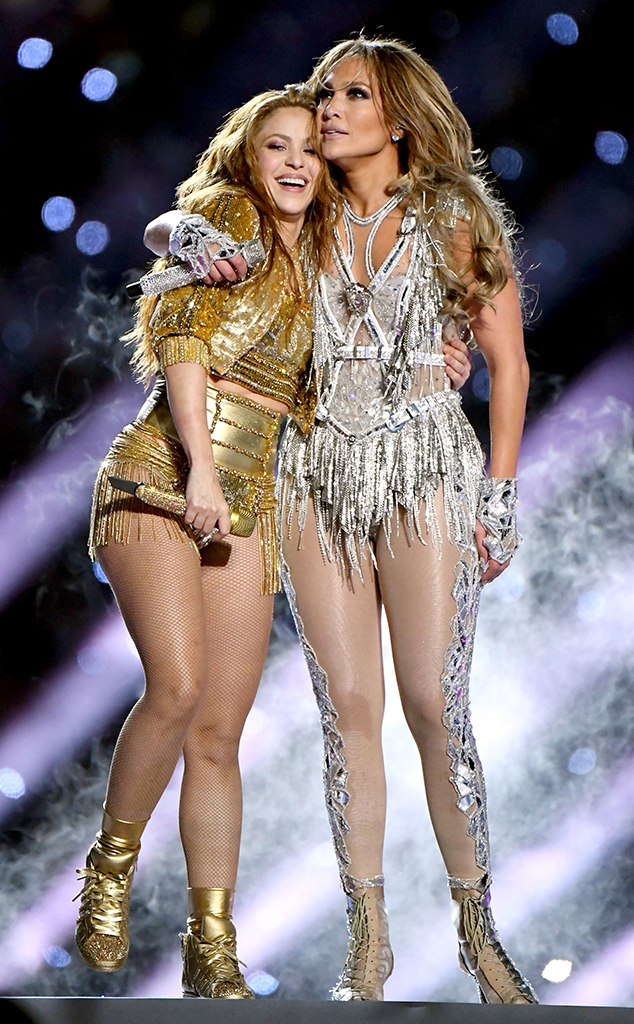 After the legendary halftime show, J.Lo and Shakira ruminated on the importance of their halftime performance and what it meant for Latinos everywhere watching at home.

Sharing a picture of the dynamic duo, Shakira wrote last night, "Thank you @jlo for a night that shows how much Latinos have to offer!"

In another post, the 43-year-old star wrote, "The best birthday gift has been the support of all my fans and the most amazing and hardworking team an artist could wish for. We Latinos climbed Kilimanjaro and made history tonight and we couldn't have done it without all of you!"

She also thanked Colombia for "giving me the mapalé, the champeta, the salsa and the Afro-Caribbean rhythms that allowed me to create the Super Bowl Halftime Show that I dreamed of more than a decade ago."

The 50-year-old "Jenny From the Block" singer, who donned a larger-than-life coat of the Puerto Rico flag, wrote on Instagram, "Puerto Rico y Colombia muy en alto hoy." She also thanked her team for helping her bring this show to life.

In an interview with the Los Angeles Times, J.Lo also shared her thoughts on what her and Shakira's Super Bowl performance meant in this particular political climate, "I think it's super important for two Latina women to be headlining the Super Bowl, especially right now in Trump's America. So for me, it was something that I was excited to do."