Want to attend the 2020 Oscars? According to Antonio Banderas, it's going to cost you a pretty penny.

On Thursday, the Pain and Glory star stopped by The Late Late Show and explained how scoring tickets to the coveted award show works.

"You get four [seats] and that's it, including me," he told James Corden, noting that you have to pay for each additional guest you bring. "And then you have to pay, actually. Of course, I am paying…I think it's $750." Shocked by his response, the late night host said, "Shut the front door. $750 to watch a group of millionaires give each other gold statues?"

Amused by James' response, the Oscar-nominated actor blew his mind once again by revealing that the number he gave was actually just for the honorees. "That's for people who actually are involved in this. I think that the tickets for normal…I don't know exactly the number, but for somebody that is not involved in this at all…I think it's a little bit more than that."

Still stunned, the Cats star said, "That's a discount?! Shut up. Antonio, you've got that Puss and Boots money. You got the Shrek money, that's alright."

While on the topic of the Oscars, James took a moment to reminisce about fellow guest Rob Lowe's infamous performance during the 1989 show, which marked the first time that the Academy Awards didn't have a host. "He says ‘involved' like it was a crime," Rob said to the audience as James made his segue into the topic. "Which, it was."

James joked, "You were involved the same way that I was involved in the motion picture Cats. There's blood on our hands."

Not only was it a momentous night for the Parks and Recreation alum, who performed a cringe-worthy musical number with a Snow White impersonator to kick off the show, but it also marked Antonio's first-ever Oscars. Excited to hear his take, Rob asked Antonio if it was as bad as America thought it was.

"Well, you know, the problem I had…" he began. "I remember this. I remember this because it was unforgettable. Unforgettable. But I remember that day because I bought new shoes and it was unbearable, the pain…" Chiming in, James said that Rob's performance was the "icing on the cake" for Antonio's suffering that night. 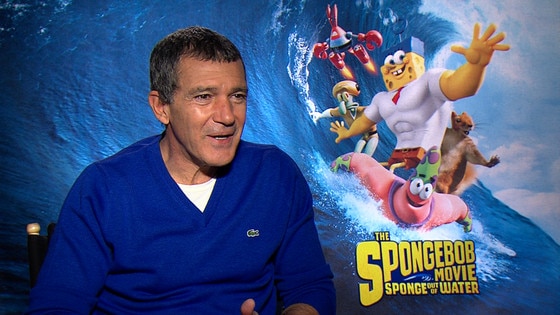 Doing his best to defend his decision to join the opening number, Rob said, "Okay, so it's the Academy Awards. They come to a 25-year-old actor and say, ‘We'd like you to open the Oscars.' What's a 25-year-old…I'm like, ‘Great! You guys know what the hell is what.' Marvin Hamlisch, double Oscar-winner, wrote the lyrics. Turned out they were not-so good and I was like, 'I don't know about this thing.'"

Watch Antonio blow James' mind with how much a ticket to the Oscars costs and relive Rob's 1989 Oscars opening in the hilarious video above!