Where Is the Parenthood Cast Now? 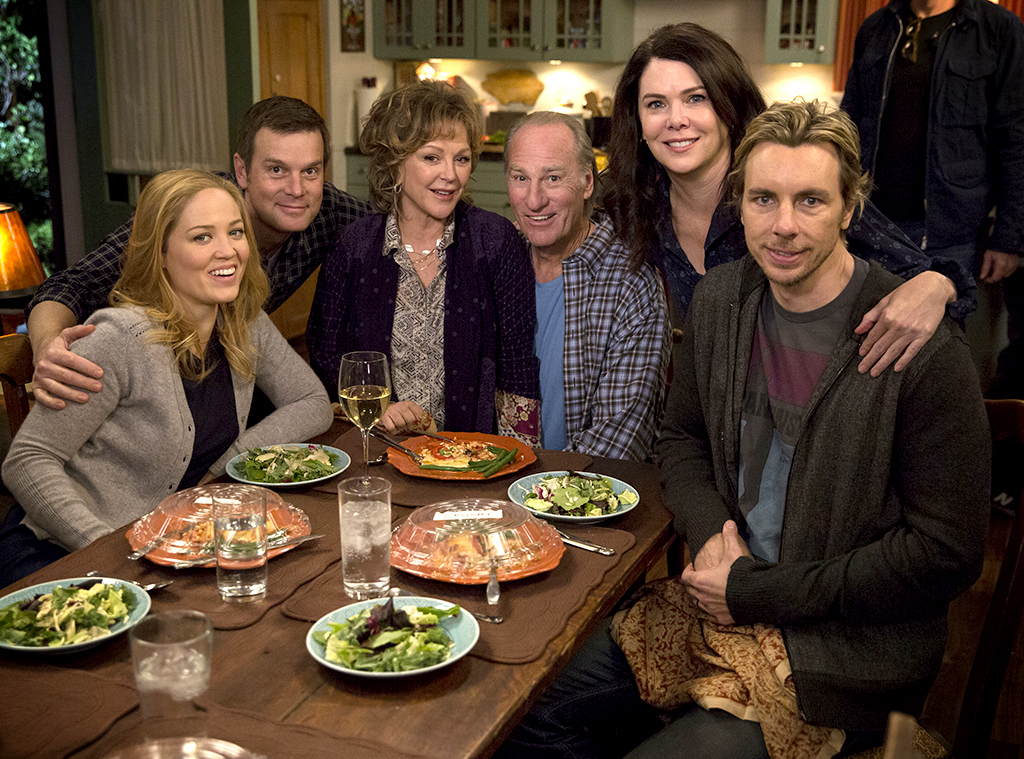 Before the Pearsons, there were the Bravermans.

In fact, when NBC debuted This Is Us in 2016, it had only been just over a year since we'd said a heartfelt goodbye to the beloved family that came before them. And while that time-hopping tearjerker has done its darndest to fill in the giant Braverman-sized hole in our hearts since Parenthood signed off for good five years ago on January 29, 2015, we'll admit that there's a large part of us that's still missing the nuanced Berkeley-based family drama so tenderly shepherded by showrunner Jason Katims.

The series, which ran for six seasons before shuffling off the mortal coil alongside—five-year-old spoiler alert!—patriarch Zeek (played by Coach vet Craig T. Nelson), was loosely based on Ron Howard's 1989 film of the same name, but quickly came to supplant its predecessor as the best-known Parenthood. And while it was never a ratings powerhouse, Katims' naturalistic approach to filming, which included three cameras filming scenes from all angles and (usually) no table reads prior to filming, endeared the series eternally to all those who were. 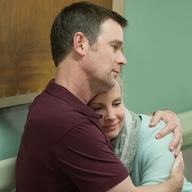 We Ranked Parenthood's Most Tear-Jerking Moments of All Time

And in the five years since the Bravermans walked out of our lives, the very talented cast who brought them to life have gone on to do so much. So we thought it was worth checking in on them. To see what everyone's been up to since Parenthood went off the air, read on!

After Braverman patriarch Zeek passed away in the Parenthood series finale, Craig T. Nelson barely took any downtime. He guest-starred in five episodes of Netflix's Grace and Frankie that same year, appeared in the films Gold and Book Club, returned as Mr. Incredible in 2018's Incredibles 2 and, since 2019 has recurred on Young Sheldon as Coach Dale Ballard.

Since saying goodbye to Braverman matriarch Camille, Bonnie Bedelia has appeared in five episodes of Designated Survivor, pair of Hallmark Countdown to Christmas films (2017's A Joyous Christmas and 2018's Christmas on the Coast), the films A Very Sordid Wedding and The Scent of Rain & Lightning, and an episode of Renée Zellweger's bonkers Netflix series What/If. She'll be seen next in Violet, Justine Bateman's directorial debut, which will have its world premiere at South by Southwest. 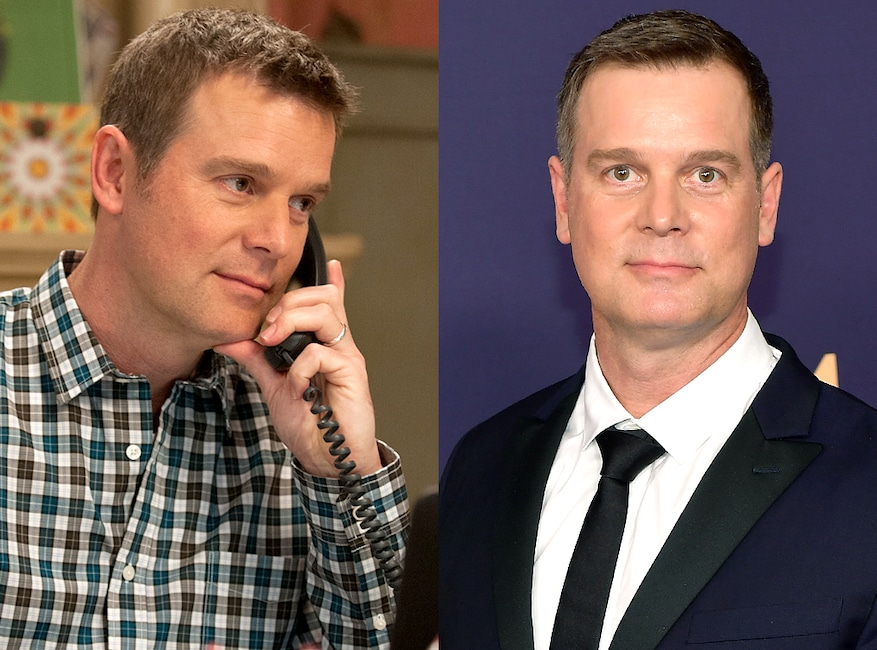 After leaving Adam Braverman behind, Peter Krause jumped into a starring role in the short-lived Shonda Rhimes-produced The Catch on ABC before landing the lead on Ryan Murphy's hit Fox first responder procedural 9-1-1, now in its third season. He's also appeared in the films Night Owls and Saint Judy, as well as making a cameo in an episode of longtime girlfriend Lauren Graham's Gilmore Girls: A Year in the Life as Park Ranger #2. 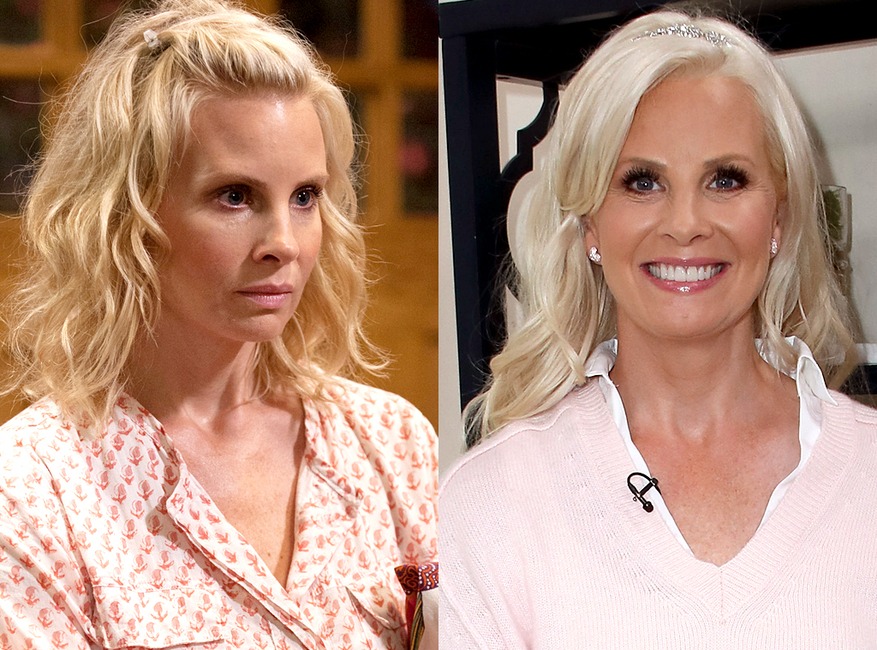 Since playing Kristina Braverman, Monica Potter's been relatively quiet. She had a starring role in the short-lived CBS drama Wisdom of the Crowd, which only lasted 13 episodes after premiering in 2017. In 2019, she appeared in one episode of Amazon Prime Video series Goliath. She's kept busy with Monica Potter Home, her upscale home goods, natural skin care and home decor business launched in 2014. In 2017, she and her family (her mother and sisters work for her in the business) appeared on CNBC's The Profit seeking Marcus Lemonis' help to breathe new life into the struggling company. (She ultimately backed out of a deal that would've given him a 50 percent stake.) In 2018, she and Daniel Christopher Allison, her husband of 13 years, filed for divorce. 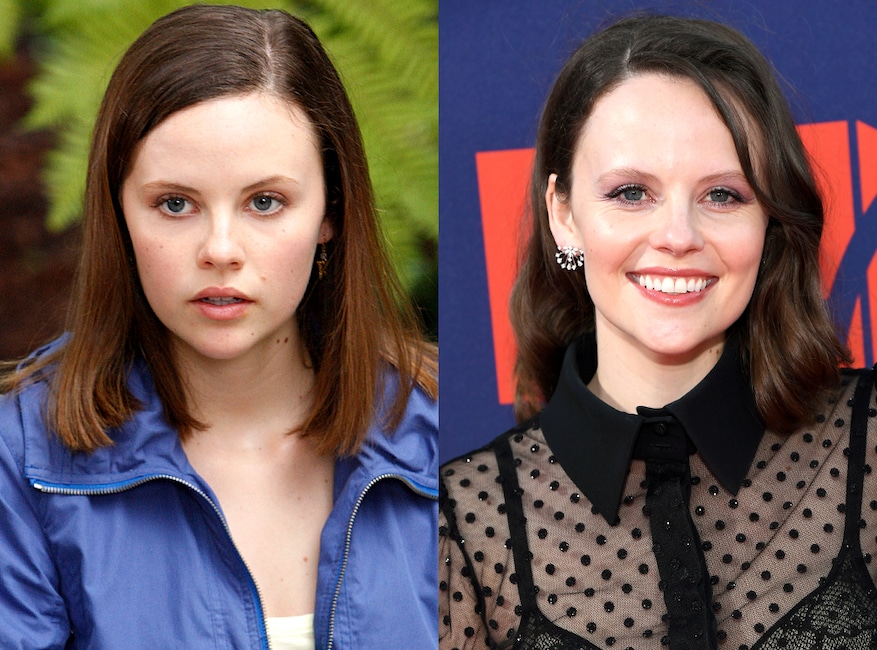 After returning for the series finale to reunite Haddie with the Bravermans one last time—Sarah Ramos went from series regular to recurring guest star in season four as her character went off to college—she's appeared in five films, including 2016's How to Be Single, guested in episodes of Drunk History, The Affair and The Long Road Home, and had a starring role in the first season of NBC's short-lived Midnight, Texas. She also directed herself in short film Fluffy and web series City Girl, both of which she wrote as well. She and longtime boyfriend Matt Spicer got engaged in 2019. 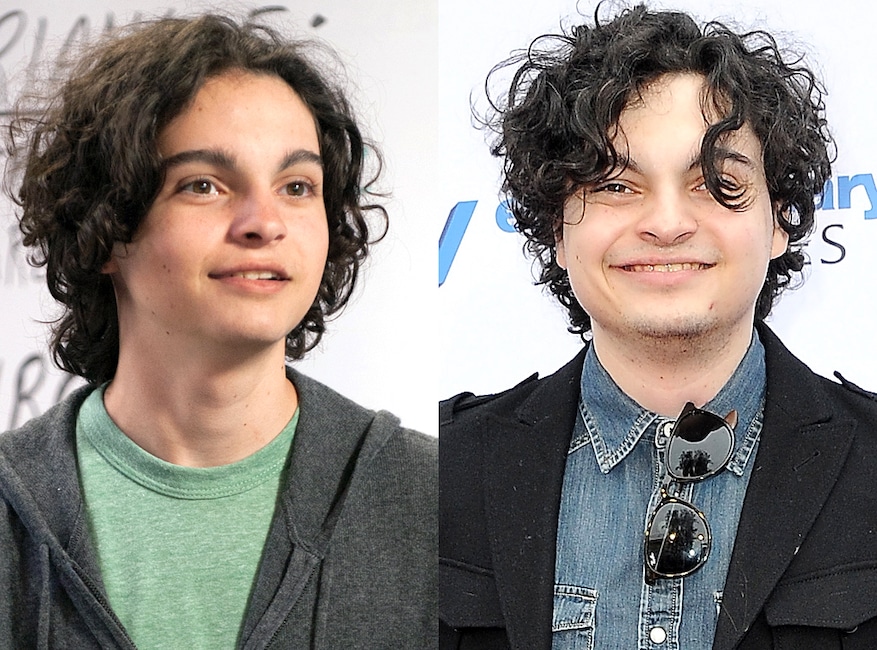 Since playing Max Braverman, Max Burkholder has appeared in the films Babysitter, Almost Home, Imaginary Order and Benjamin, guested on The Orville, and lent his voice to episodes of American Dad! and Family Guy. He'll next be seen in Queen Latifah's Quibi series When the Street Lights Go On and heard in Amazon Prime Video's animated superhero drama Invincible. 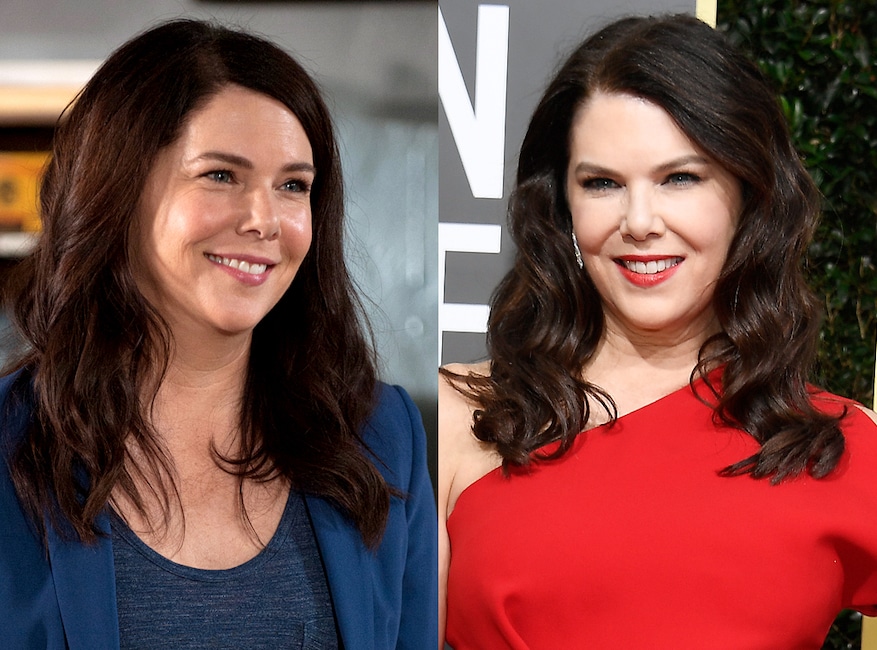 After saying goodbye to Sarah Braverman, Lauren Graham returned to the role that made her a household name for Netflix's four-part Gilmore Girls revival, A Year in the Life, in 2016. Since then, she's appeared in three episodes of Curb Your Enthusiasm and lent her voice to Disney Junior's Vampirina. She'll be seen next recurring on NBC's upcoming musical dramedy Zoey's Extraordinary Playlist. In 2016, she followed up her debut novel Someday, Someday, Maybe (2013) with a collection of personal essays entitled Talking as Fast as I Can: from Gilmore Girls to Gilmore Girls (and Everything in Between). Two years later, she published In Conclusion, Don't Worry About, an expansion of the 2017 commencement speech she gave at her hometown Langley High. 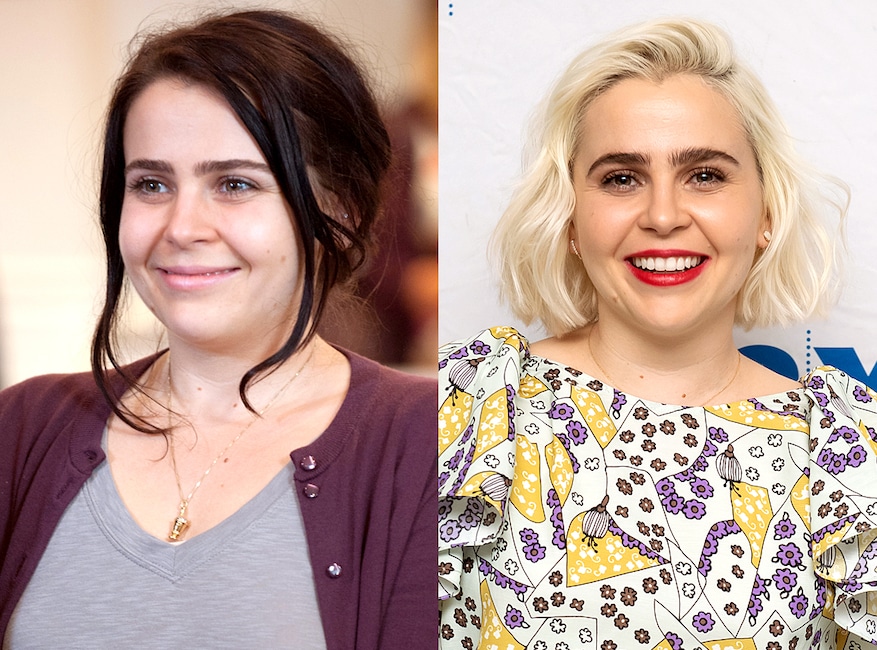 Since playing Sarah's daughter Amber Holt, Mae Whitman has kept busy. There's her voice work as Batgirl in DC Super Hero Girls and April O'Neil in Teenage Mutant Ninja Turtles (amongst much more), her film work in movies like The Duff, CHIPS and Duck Butter, and her appearances on shows like Drunk History and Gilmore Girls: A Year in the Life. And since 2018, she's starred as Annie Marks in NBC's dramedy Good Girls, going into its third season on February 16. 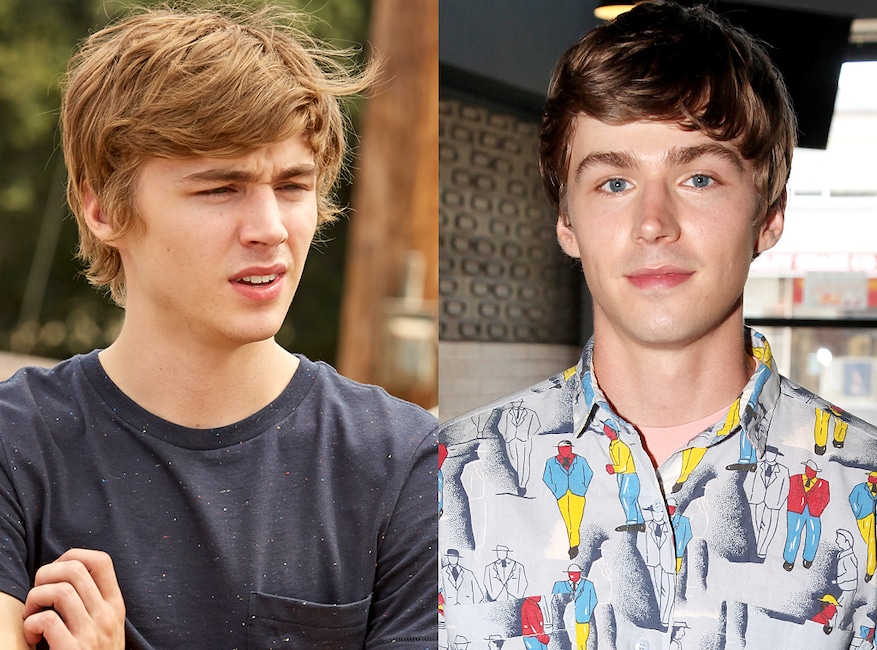 After saying goodbye to Drew Holt, Miles Heizer has appeared in the films The Stanford Prison Experiment, Nerve, Roman J. Israel, Esq, and Love, Simon, appeared as a guest judge in a season 10 episode of RuPaul's Drag Race, and, most notable, starred in Netflix's hit drama 13 Reasons Why. After being featured in GAP's Logo Remix campaign in 2018, he was featured in Coach's fall and winter 2019 campaigns as well. 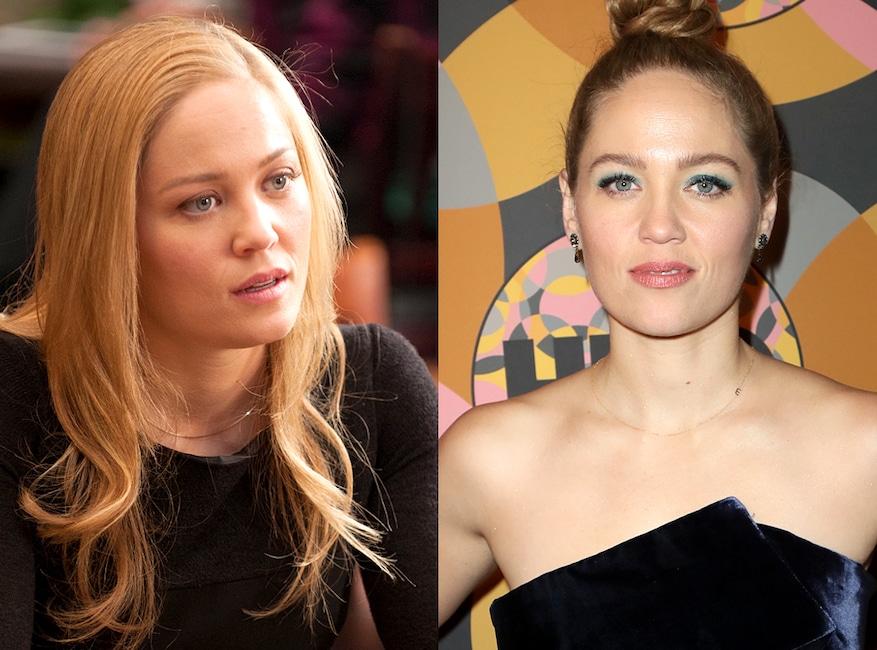 Erika Christensen immediately followed up Parenthood, where she starred as Julia Braverman-Graham, with a lead role in ABC's short-lived Wicked City. She followed that up with roles in TV films Anything for Love (Hallmark), Confirmation (HBO) and The Follower (Lifetime), films All at Once and The Case for Christ, and a role in another short-lived ABC series, 2017's Ten Days in the Valley. 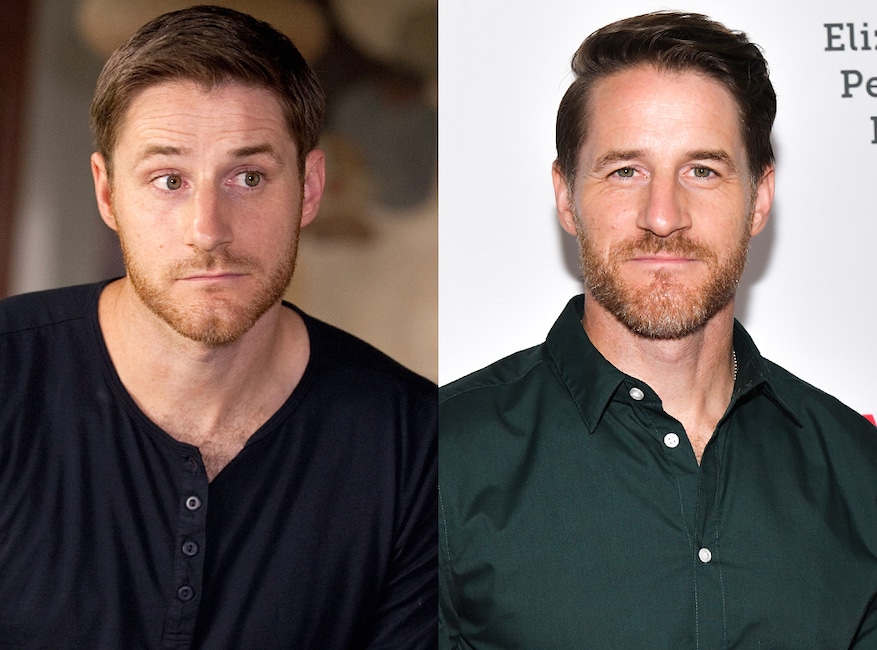 Since playing Joel Graham, Sam Jaeger's had roles on Law & Order True Crime, Tell Me a Story, The Handmaid's Tale, The Politician and Why Women Kill. He'll be seen next in the Tammy Faye Bakker biopic The Eyes of Tammy Faye, starring Jessica Chastain in the titular role.

Since starring as Joel and Julia's bratty daughter Sydney, Savannah Paige Rae has guested in the 2015 episode of Grey's Anatomy where Patrick Dempsey's Derek Shepherd died. According to her social media, she's currently in the process of watching the series for the first time ever, taking her followers along for the ride. 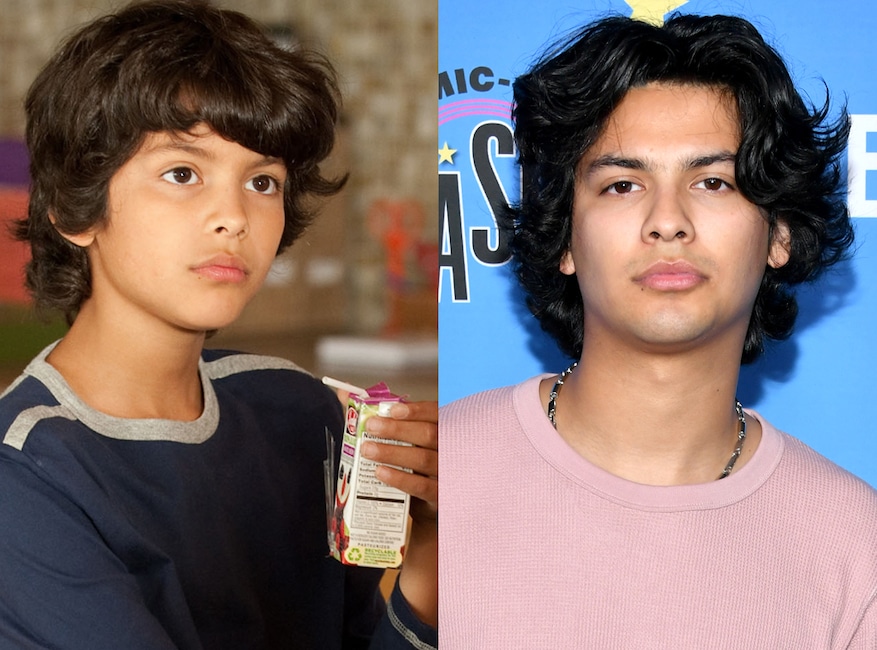 Xolo Maridueña's Victor was a late addition to the show, joining as a guest in season three before being made series regular for the last three seasons. After saying goodbye to Julia and Joel's adopted son, he made guest star appearances on Rush Hour and Twin Peaks before landing a starring role on YouTube Premium's Cobra Kai, a continuation of The Karate Kid film series. A third season is due in 2020. 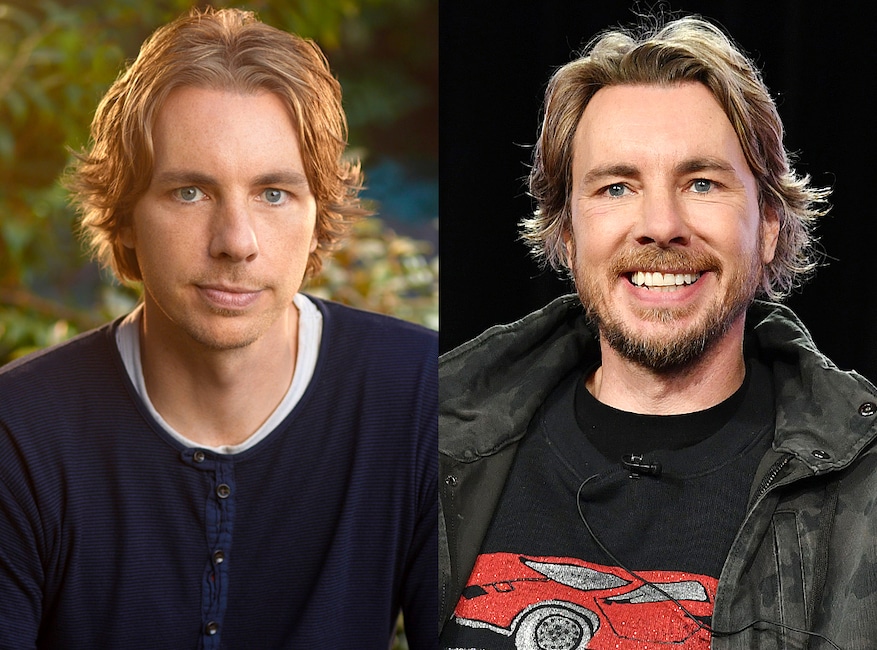 Since saying goodbye to perennial screw-up Crosby Braverman, Dax Shepard has kept busy. He wrote, directed and starred in the feature film adaptation of CHIPs, guested on It's Always Sunny in Philadelphia and Wet Hot American Summer: Ten Years Later, replaced Danny Masterson on Netflix's The Ranch, and currently stars on ABC's Bless This Mess. In 2018, he launched his very popular podcast Armchair Expert, and in 2020, he will co-host the revived Top Gear America for Motor Trend. 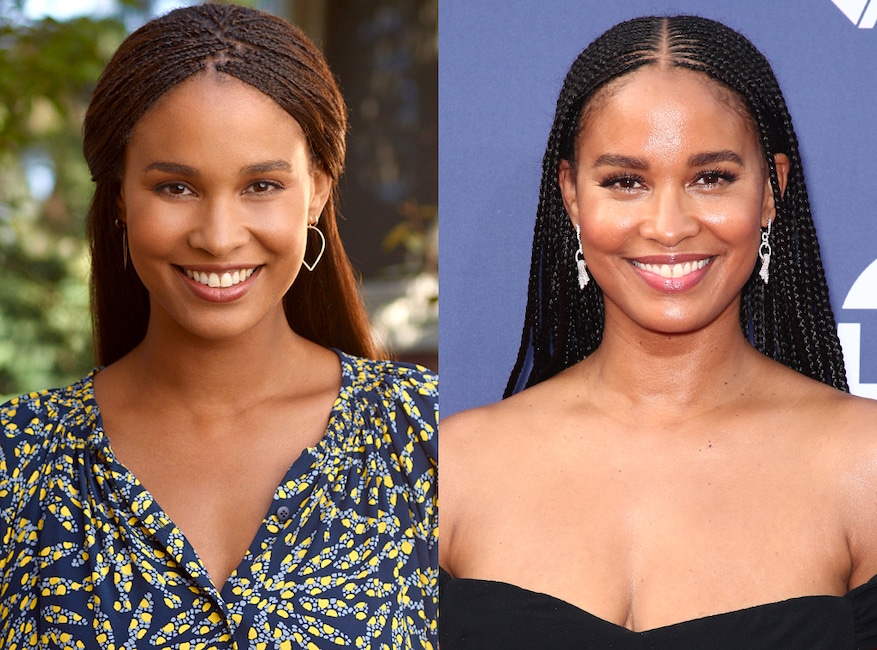 Since starring as Jasmine Trussell, Joy Bryant has guested on shows as varied as Rosewood, Girls, Ballers and Trinkets. She will next be seen in a starring role on ABC's legal drama For Life, debuting on February 11. 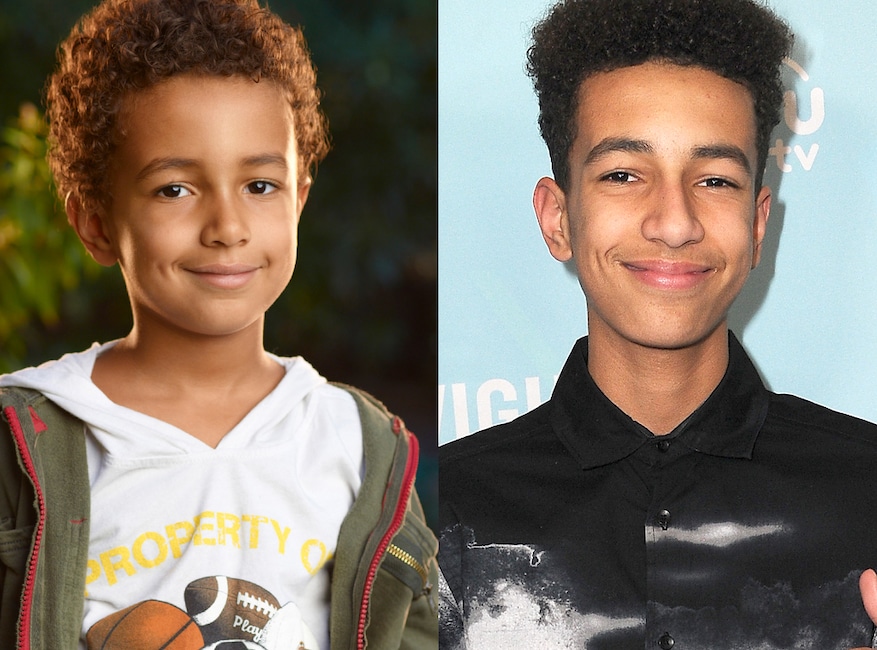 After playing Crosby and Jasmine's adorable son Jabbar for six seasons, Tyree Brown has made appearances on Criminal Minds and Black-ish, lent his voice to Ice Age: The Great Egg-Scapade, and appeared in the 2017 film Camp Cool Kids. He'll next be seen in the films One Nation Under God and My Brothers' Crossing. 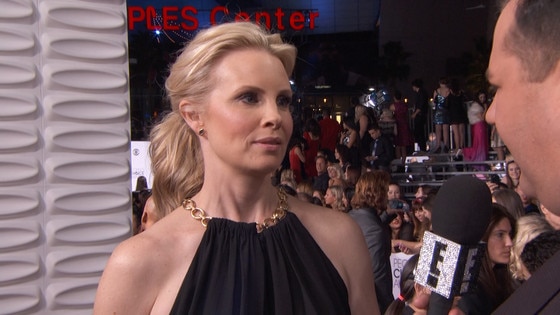 Now Playing
Up Next
Monica Potter Bids Adieu to "Parenthood"