Michael Jordan is mourning the death of Kobe Bryant.

The Los Angeles Lakers legend died in a helicopter crash in Calabasas Calif. on Sunday. He was 41 years old. Bryant was one of nine people on board the aircraft. There were no survivors. His daughter, Gianna, was also killed in the tragic accident. She was 13 years old.

"I am in shock over the tragic news of Kobe's and Gianna's passing," Jordan said in a statement. "Words can't describe the pain I'm feeling. I loved Kobe. He was like a little brother to me. We used to talk often, and I will miss those conversations very much. He was a fierce competitor, one of the greats of the game and a creative force. Kobe was also an amazing dad who loved his family deeply—and took great pride in his daughter's love for the game of basketball."

Jordan also said his wife, Yvette Prieto, joined him in sending his "deepest condolences" to Bryant's wife, Vanessa, the Lakers organization and "basketball fans around the world."

Jordan wasn't the only basketball star to pay tribute to Bryant. Magic Johnson did, as well.

"As I try to write this post, my mind is racing," Johnson wrote via Twitter. "I'm in disbelief and have been crying all morning over this devastating news that Kobe and his young daughter, Gigi have passed away in a helicopter crash. [My wife] Cookie and I are heartbroken." 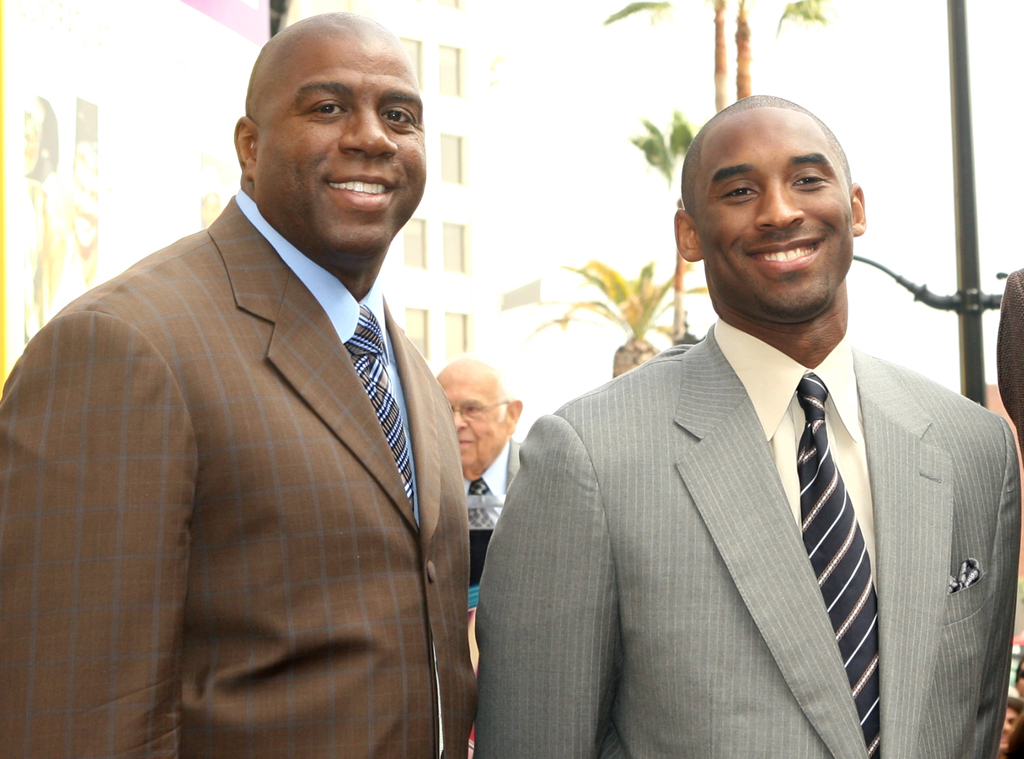 Johnson then shared his love for Bryant, his family and "what he stood for on the court and off the court."

"My friend, a legend, husband, father, son, brother, Oscar winner and greatest Laker of all-time is gone. It's hard to accept. Kobe was a leader of our game, a mentor to both male and female players," he tweeted, later adding, "He gave his knowledge, time, and talent to tutor so many at the youth level, collegiate level, & NBA & WNBA players. Words can't express the impact that he had on the game of basketball. I know basketball fans all over the world will miss him, especially the City of Los Angeles."

He also reflected on how Bryant was "such an icon" and how he "did so much for LA."

"He was passionate about serving the homeless and was an advocate for women's basketball," Johnson continued. "Coaching his daughter's basketball team brought him so much happiness."

In addition, he looked back at some of his memories with Bryant.

"Kobe and I shared so many special conversations about life and basketball," Johnson added. "We had so much in common off the court. I used to love talking to him about Lakers basketball, being fathers and husbands and how much we loved Italy. I will miss those conversations and him so much."

Addressing "Laker Nation," he then shared how "the game of basketball and our city, will never be the same without Kobe."

"Cookie & I are praying for Vanessa, his beautiful daughters Natalia, Bianka & Capri, as well as his parents Joe & Pam & his sisters," he continued. "We will always be here for the Bryant family. We love you forever. #8 #24."

"There's no words to express the pain Im going through with this tragedy of [losing] my [niece] Gigi & my brother @kobebryant," Bryant's former teammate tweeted. "I love u and u will be missed. My condolences goes out to the Bryant family and the families of the other passengers on board. IM SICK RIGHT NOW."

He then added, "Kobe was so much more than an athlete, he was a family man. That was what we had most in common. I would hug his children like they were my own and he would embrace my kids like they were his. His baby girl Gigi was born on the same day as my youngest daughter Me'Arah."

Several celebrities paid tribute to Bryant, too, including Drake, Reese Witherspoon, Gigi Hadid and more. In addition, there was a moment of silence at the 2020 Grammy Awards.

The crash is currently under investigation.