Demi Lovato is a survivor!

As a new chapter continues with a 2020 Grammys performance and major Super Bowl gig, the music superstar continues to be open and honest with fans about her health and journey in the Hollywood spotlight.

Just days before performing her new song "Anyone" on music's biggest night, Demi sat down for a candid interview with Zane Lowe. During the revealing conversation, the Grammy nominee explained what makes her happy today.

She continued, "But I would love to start doing more things that make me happy and worry less about success." 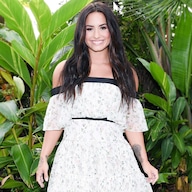 Through her journey, Demi has also been on a path to spirituality. While she shied away from church for many years, she has found a place in Los Angeles that "accepts me for who I am."

"I had to realize the God I'm seeking, the God I love and the God I want to be my God is available 24/7, always at an arm's length, and constantly with me," she explained. "And feeling that kind of, that shift. I don't know, I just feel safer and I feel renewed."

Take a look at more of Demi's most memorable quotes on mental health in our gallery below. 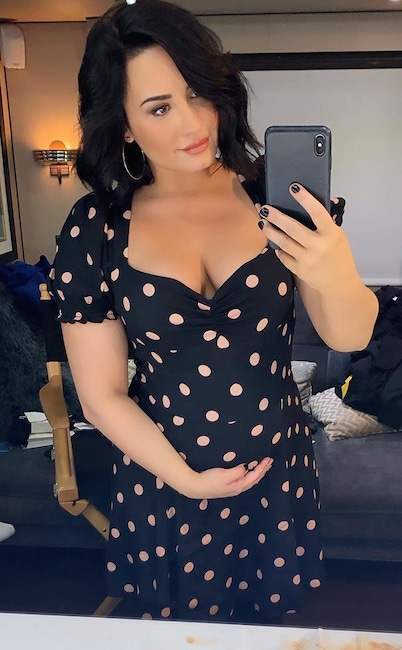 "Something that I've done already is take off the tags on Instagram," Demi shared in an interview with Zane Lowe. "So I can't see what people tag me in—I'm pretty sure I've taken off the comments on everything, too."

On Her Support System

Alongside a selfie with Matthew Scott Montgomery and Sirah, the pop star wrote via Instagram, "Thank you for never leaving me in my darkest moments, for always drying my tears.. even when they're from watching Moana.. thank you for being loyal, honest and so grateful for every little thing. I'm so lucky to be best friends with two incredible souls who are so talented and creative because it inspires me daily. And you're so supportive of me and every little thing I do.You've traveled across the country to visit me and stayed with me at my house for days on end when I'm struggling to make sure I'm okay, but most importantly you never abandoned me like others did when I was going through s--t. You were there to listen, without judgement and only love and I can never fully express what that means to me." 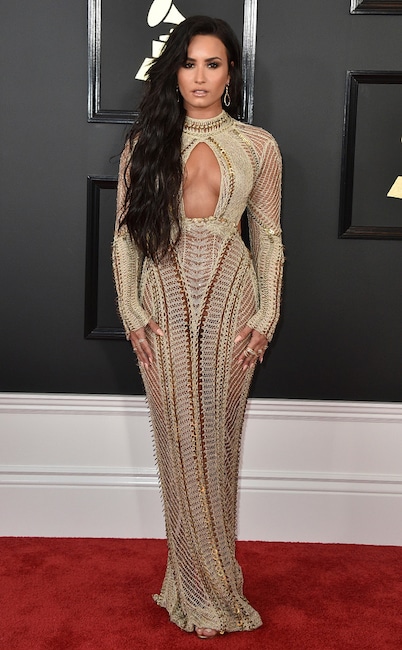 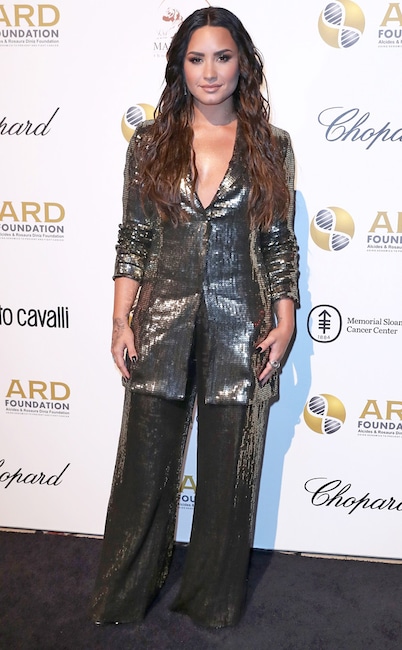 On Learning With Age

"The last decade has taught me a lifetime of lessons. I've learned that secrets make you sick. I'm learning how to be a voice and not a victim. I've learned sex is natural. I've learned that love is necessary, heartbreak is unavoidable and loneliness is brutal," the 25-year-old pop star said in her documentary Simply Complicated. "I've learned that the key to being happy is to tell your truth and be OK without all the answers." 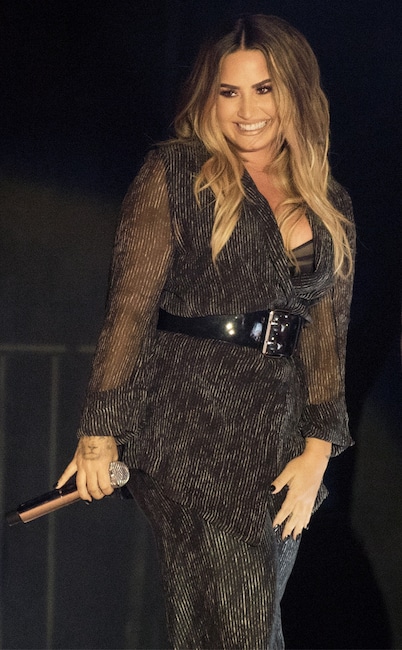 On Her 21st Birthday

"I was used to drinking and doing drugs on my birthday. I always imagined my 21st being a huge party where I'd get s--t-faced and go crazy. But I realized that there's so much more to life than that," Demi shared with Cosmopolitan for Latinas in 2014. "I'm very proud of how far I've come, but I definitely want to win a Grammy one day, and I dream of winning an Oscar. I want to continue to tour and build my fan base and make music that will last for decades." 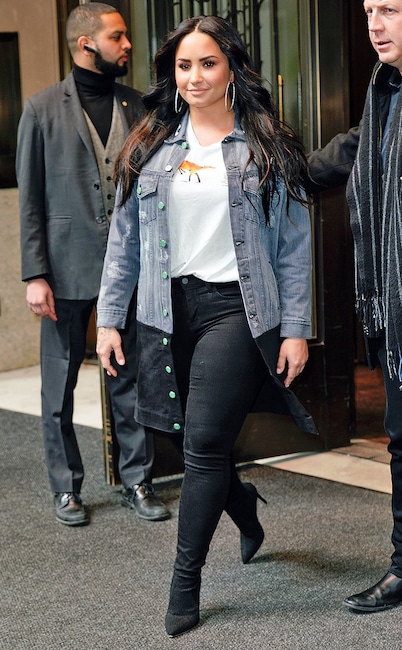 "I think when people refer to me as being bipolar, it's something that is true—I am bipolar—but I don't like people to use it as a label," Demi previously told iHeartRadio's Elivs Duran. "It's something that I have, it's not who I am. I think Demi Lovato, activist, is something that I would really be proud of. I think it's important to speak up about the things that you believe in because your voice will be heard no matter what position you're in. And I just happen to be in a position where more people will hear my voice than they would have 10, 15 years ago. I use my voice to do more than just sing and I use it to speak up about mental health because that's something I'm very passionate about. I'd say the whole world knows the real me because there's nothing that I hide."

On Hitting Rock Bottom at 19

"I think at 19 years old, I had a moment where I was like, ‘Oh my God…that is alcoholic behavior. [It's] no longer, I'm young and rebellious and out having fun, it was, wow, I'm one of those people…I gotta get my s--t together,'" she shared with Access Hollywood when recalling her decision to go to rehab. 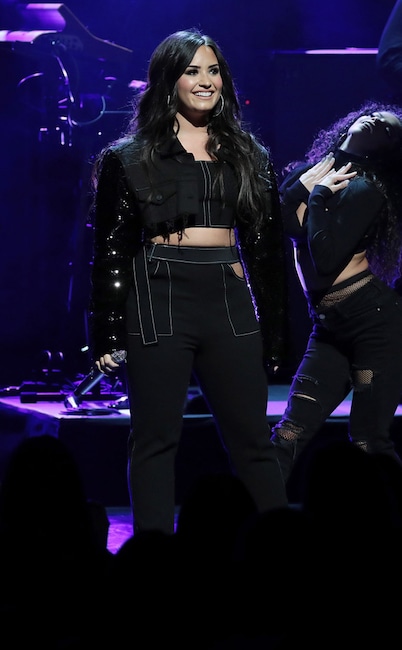 On Five Years of Sobriety

"So grateful. It's been quite the journey. So many ups and downs. So many times I wanted to relapse but sat on my hands and begged God to relieve the obsession. I'm so proud of myself but I couldn't have done it without my higher power (God), my family, friends, and everyone else who supported me," Demi shared on Instagram. "Feeling humbled and joyful today. Thank you guys for sticking by my side and believing in me." 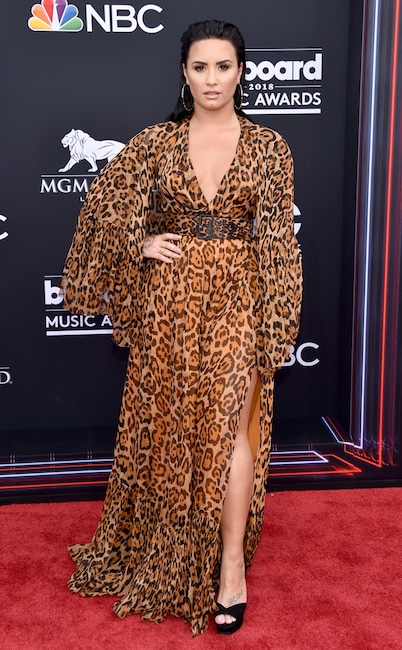 On Six Years of Sobriety

"Yesterday was a really big day for me," Demi told a sold-out crowd Barclays Center in March 2018. "Yesterday, six years ago, I was drinking vodka out of a Sprite bottle at nine in the morning, throwing up in the car and I just remember thinking, 'This is no longer cute. This is no longer fun. And I'm just like my dad.' So I made changes in my life. The reason why I became so open about my story is because I know that there are people here tonight that need to ask for help and I want them to know that it's OK. Mental health is something that we all need to talk about and we need to take the stigma away from it. So let's raise the awareness. Let's let everybody know it's OK to have a mental illness and addiction problem. I'm bipolar, whatever. I take care of myself. I can never say thank you enough to you guys for the support that you've given me over the years. And you've forgiven me for my mistakes. So thank you for being a part of saving my life. I love you guys." 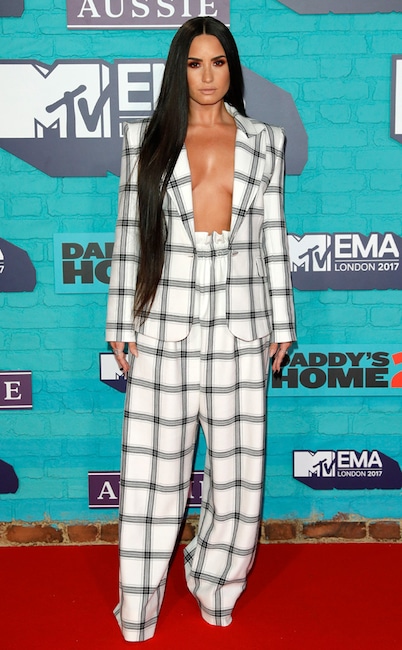 On Her Motivations to Get Sober

"I knew that I had a lot of life ahead of me but one of the main reasons of getting sober was so that I could be around my little sister because my mum and dad (said I couldn't be around her) if I was doing stuff," Demi explained to The Jonathan Ross Show. 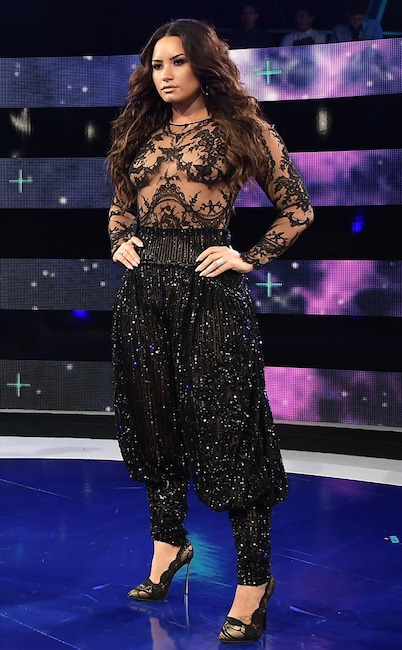 On Ending the Stigma With Mental Illness

"This is not about politics, it's simply the right thing to do. I stand here today as proof that you can live a normal and empowered life with mental illness," Demi shared at the Democratic National Convention in 2016 before performing her song "Confident." 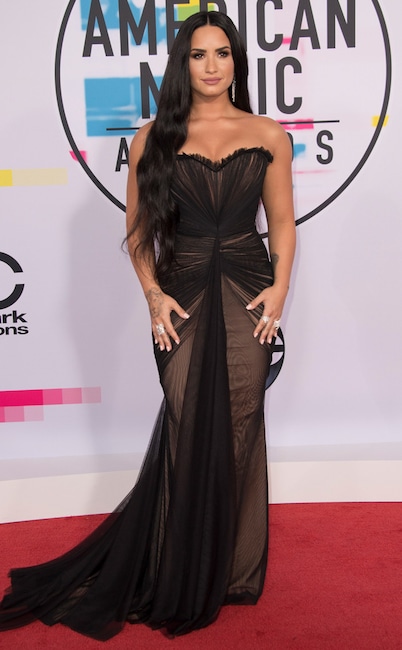 On Breaking Her Sobriety

"Mama, I'm so sorry I'm not sober anymore / And Daddy please forgive me for the drinks spilled on the floor / To the ones who never left me / We've been down this road before I'm so sorry, I'm not sober anymore," Demi sings in her song "Sober." "And I'm sorry for the fans I lost who watched me fall again. I wanna be a role model / but I'm only human."