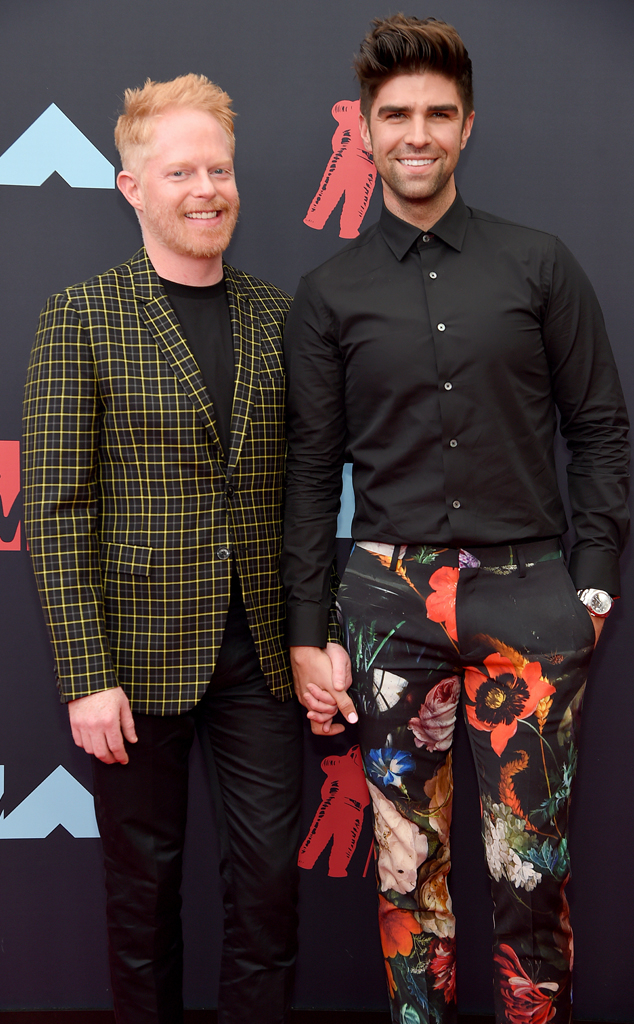 Jesse Tyler Ferguson and Justin Mikita are starting their own modern family!

The actor announced on The Late Late Show with James Corden that he and his husband are expecting their first child. Ferguson dropped the exciting news while he, James Corden and Charlie Hunnam talked about what it feels like to be in your 40s.

"Yeah," the star responded. "You know what it is? It's like you said, it's when you finally become an adult, I feel. Like I need to start getting serious about things." And that's when his big reveal came.

"This is something I haven't even mentioned to anyone, if we can keep it between the three of us and you all," he joked to the audience, "but I'm actually expecting a baby in July with my husband! But shhh, don't tell anyone. Let's just keep it between us."

As the Modern Family actor continued, "I'm very excited, but it feels like I'm 44 now. I'm like, let's get this show going! I mean, it's already tick tock."

A giddy Corden then asked, "Oh, my god! Do you know what you're having? A boy? A girl?"

As Ferguson perfectly replied, "A human."

The host couldn't help but gush over the couple's happy news. As he said, "Oh, my god. You are going to make the best parents, the two of you. You really are."

July is going to be quite the month for the dads-to-be! Not only will their bundle of joy arrive that month, but the couple will also be ringing in their seventh wedding anniversary on July 20. If the baby arrives that day, consider us emotional.

Of course, Ferguson took some time during his appearance on the late-night show to talk about the final season of Modern Family. With only three episodes left to film, the host asked the actor what the mood is like on set.

As he responded, "Charlie and I were just talking about this backstage. It's incredibly sad! Something that I've been doing for 11 years. It's like first through 11th grade when I was a kid. It seems like a lifetime. Now it's flown by." 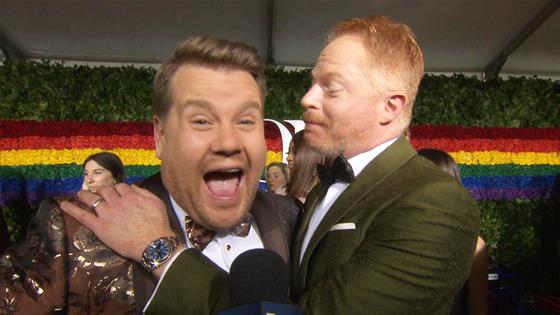 Now Playing
Up Next
Jesse Tyler Ferguson to James Corden: "Don't F--k It Up"

"The schedule is so wonderful," he continued. "We work very short hours, the writing is so fantastic. Yesterday, I was shooting a scene with Sofia Vergara. She only was in the first scene of the day, so she was done shooting for the entire day at 8:30 in the morning. And she was like, in morning rush-hour traffic going home, she was like, 'Aye, it is never going to be this way when I do Narcos.' We'll never have a job this good."

He also revealed that he hasn't started saying his goodbyes to the cast and crew yet because, well, it's just too hard!

"I'm big with an Irish exit," Ferguson shared. "I do not like long goodbyes, so maybe that's what I'll do. Just like after my last scene, I'll just leave the lot and just drive home. I feel like that's the only way I'll be able to manage this. It's really emotional."

And then, Corden hit Ferguson with this absolutely heartwarming line.

"On your last day of Modern Family," he said, "knowing what we know now, you should think, 'I'm leaving Modern Family behind.' And come July, you're gonna make your new modern family. And it's gonna be beautiful."

We're not crying, you're crying. Congratulations to the happy family!