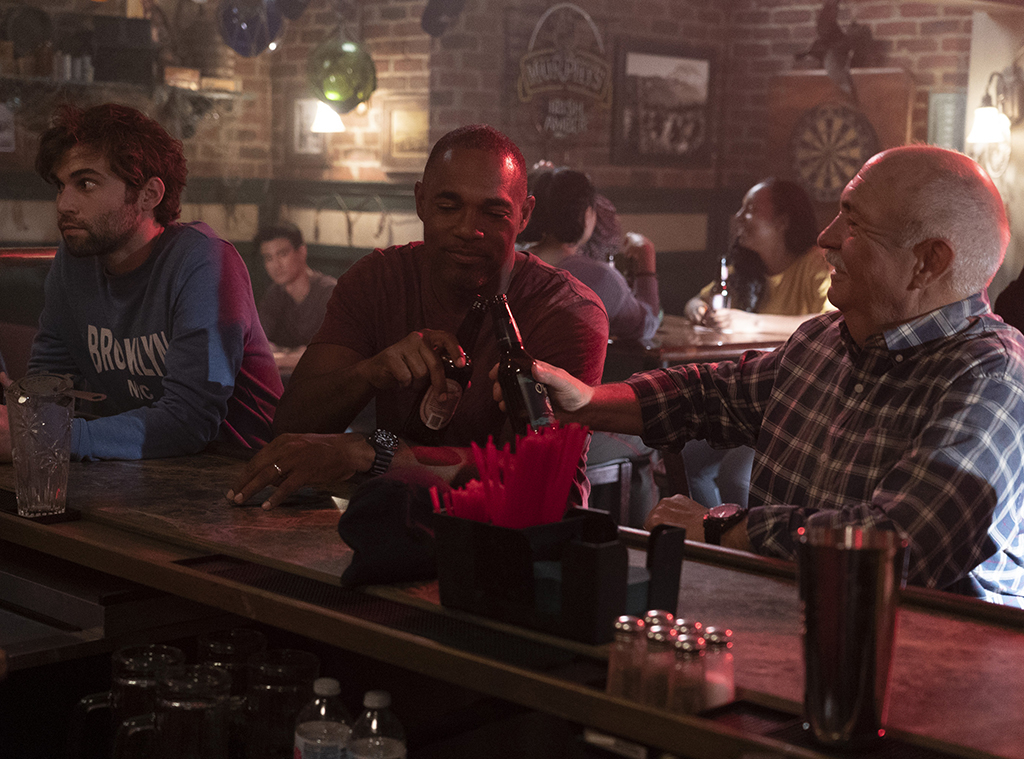 Finally, our month-long nightmare is over: Grey's Anatomy is back, with Station 19 in tow.

Both shows return tonight with a crisis to deal with, and it's quite the doozy, if you can remember all the way back to the fall finale. While several of the Grey Sloan doctors and a couple Station 19 firefighters were hanging out in Joe's Bar, a car suddenly plowed through the wall. We don't yet know the extent of the injuries, but we know it ain't good.

Those we know who were in the bar include Ben (Jason George), Captain Herrera (Miguel Sandoval), Helm (Jaicy Elliot), Parker (Alex Blue Davis), Schmitt (Jake Borelli), Nico (Alex Landi), and Jackson (Jesse Williams), and what we can bet on is that somebody's gonna be injured, since it's a crossover between a firefighter show and a hospital show.

It's the first of what we've been promised is an increase in crossovers, now that the shows are both run by showrunner Krista Vernoff, but if it's any indication of what's to come, it's not quite as crossover-y as you might be thinking it is. 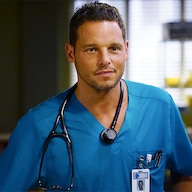 The most crossover happens during the first hour, Station 19, when the team has to work to free the people (mostly a lot of doctors) stuck in the bar before the car falls any further, and in the Grey's Anatomy hour, the doctors who weren't in the bar or who aren't injured work to save some lives.

Naturally, Ben Warren, the Grey's doctor-turned Station 19 firefighter, who is also married to Grey Sloan's chief, appears in both episodes as he and Bailey (Chandra Wilson) are still recovering from news of her miscarriage.

"[That story] will push us together or break us apart," Jason George told us during ABC's TV Critics Association press day.

He described the Station 19 portion of tonight's crossover as particularly intense.

"It gets intense, and then the doctors gotta get their hands dirty. The whole season's like this in that not every Thursday is going to be a major crossover, but every Thursday can have folks from Station 19 showing up on Grey's, and vice versa. Relationships you've seen are already starting to bleed across the line. It really is a universe now, and that's really just because it's all coming out of the mind of one woman."

Throughout this season of Grey's, we've already seen Station 19's Vic (Barrett Doss) beginning a relationship with Grey's Anatomy's Jackson, in the wake of his brutal breakup with Maggie (Kelly McCreary), and the loss of Vic's fiancé last season.

Doss says that relationship took her by surprise, just as it did many fans.

"It took me by surprise. Vic had lost someone who was really important to her. She lost her fiancé not that long ago, and so what's so interesting about the growth that we get to see this season through this relationship is how does Vic manage a new relationship in the wake of the old one, and how does that complicate her emotionally? We've gotten to see Jackson's side of things for the first half of Grey's Anatomy, and we'll get to see Vic's half of things through this season of Station 19."

Doss says the crossover will let us see "both the firefighters and the doctors working together to solve a problem that involves all of them."

Everybody on both shows has some kind of connection to someone in that bar, meaning there's an extra level of motivation there.

Like George, Doss says we won't see major crossover every week, "but there's definitely some exciting ways people are crossing over—injuries, illnesses, relationships, patients. There's definitely a smattering of each show in the other for most of the episodes. It's really cool."