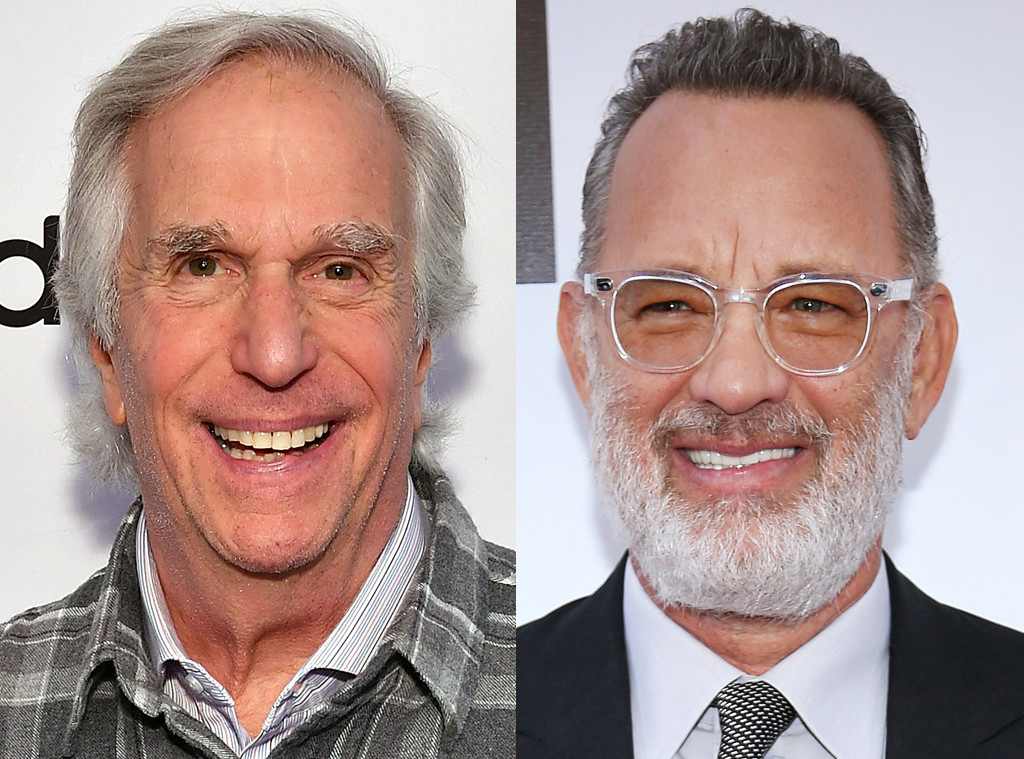 Henry Winkler just put to bed all talk of his disdain for Tom Hanks. In a new video from TMZ, the Barry actor categorically denied that his supposed decades-long beef with the Toy Story star was ever a thing.

The outlet asked Winkler about the "feud" as he walked into a restaurant in Los Angeles on Tuesday. As he said plainly, "I don't have a feud with Tom Hanks."

Pressing further, TMZ noted to Winkler that stories of their dislike of each other have been told for years, ever since Winkler was fired from his directing position on 1989's Turner & Hooch, which starred Hanks. Most recently, Winkler hinted during an October appearance on Watch What Happens Live that he hasn't gotten along with the Forrest Gump alum since then.

As Winkler declared to the outlet, "Yeah, but I know. But it doesn't matter, because what everybody says and what is true are two different things."

To prove his point, the Happy Days alum added that he and Hanks saw each other recently and all was well.

"I just saw him at our SAG Awards," he said. "It was beautiful."

If reports of their feud have been false since their inception in the '80s, then why would Winkler and Hanks let the rumor continue to spread unchecked? Winkler's explanation for that was simple.

"Why would you give credence to that?" he said.

The reporter then noted Winkler's comments on WWHL. To that end, the actor said those comments were just jokes.

When Winkler later left the L.A. restaurant, the same reporter asked if the world will ever see photo evidence of Winkler and Hanks hanging out. As it turns out, that photo already exists.

"We've done that," the 74-year-old revealed. "I believe we did that at Bruno Mars' concert."

As for whether he would work with Hanks on a film in the future, he's totally down for it. "Would I? Sure, I would," he confirmed.

To really drive his point home, the star brought up another rumored feud of his.

As he said, "There used to be a tremendous feud between John Travolta and me. And there was no feud. It's created, and it's wonderful. I acted with Tom, I acted with his wife. It's a lovely thing."

As he got into his car, the reporter asked one last time about the now defunct beef with Hanks. In response, Winkler simply asked, "How can that be?" 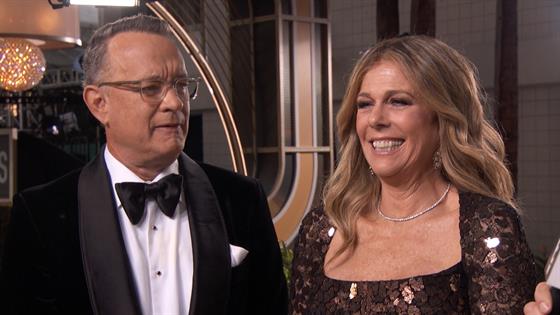 In his appearance on WWHL, a fan called into the show and asked Winkler to comment on the rumored feud and its origins.

After coyly pretending not to hear the question, Winkler told Andy Cohenthat he was fired from Turner & Hooch after less than two weeks on set.

"I was directing that movie for 13 days," he said. "And then I was called into [producer] Jeff Katzenberg's office and he said, ‘You have everything with you? Go home.'"

The actor later added that he loved working with one of the actors on set during that short time. But it wasn't Hanks. "I got along great, great with that dog," he said. "Love that dog."

Given that he didn't deny the feud rumors at the time, this moment made it seem as if his dislike of Hanks ran deep. Winkler even told People in 1993 that he liked the dog playing Hooch the best.

"Let's just say I got along better with Hooch than I did with Turner," he said at the time.

Now, it looks like their feud is as fictional as the one they had on Happy Days.