Harry Styles' Most Fashion Forward Looks of All Time: From Rock 'n' Roll to Gucci God 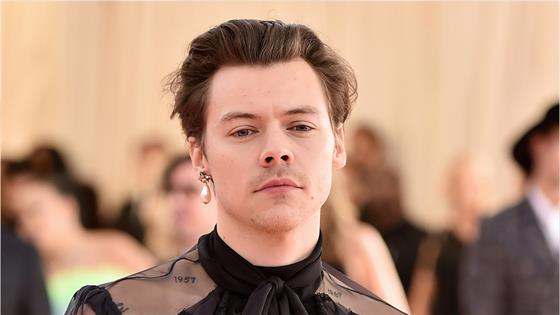 Harry Styles sure lives up to his name.

The singer and former member of One Direction, who celebrates his 26th birthday on Saturday, has cemented his place in the celebrity fashion world over the years. He can wow in fancy outfits by Gucci, like he did at the 2019 Met Gala—which he co-chaired. He also still looks stylish in simpler suits and casualwear.

Animal prints? Check. Florals? Not just for spring. Painted nails? Why not? Styles is nothing if not fashion forward and a true celebrity style icon.

"I love the clothes," he told Dazed & Confused magazine in 2019. "That helps a lot. Just going on stage in a nuts suit with a bunch of sequins makes you feel good, and then you want to play."

He also told The Guardian, "What women wear. What men wear. For me it's not a question of that. If I see a nice shirt and get told, 'But it's for ladies.' I think: 'Okaaaay? Doesn't make me want to wear it less though.' I think the moment you feel more comfortable with yourself, it all becomes a lot easier."

"A part of it was having, like, a big moment of self-reflection. And self-acceptance. I think it's a very free, and freeing, time," he added. "I think people are asking, 'Why not?' a lot more. Which excites me. It's not just clothes where lines have been blurred, it's going across so many things. I think you can relate it to music, and how genres are blurring." 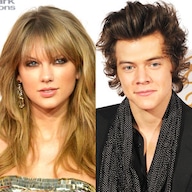 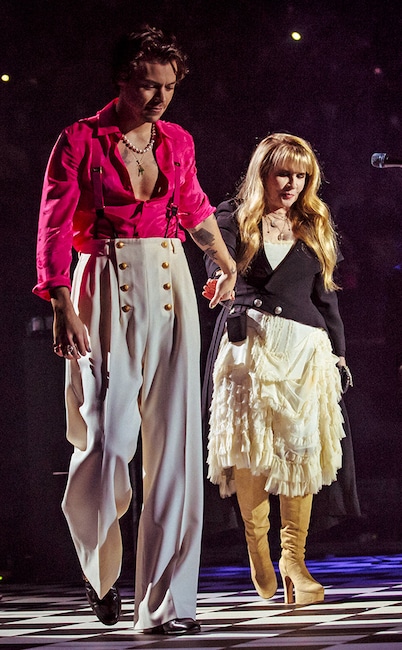 The singer appears with the veteran rocker as he celebrates the release of his new album Fine Line with a sold-out one-night-only concert at the Forum in Los Angeles in 2019. 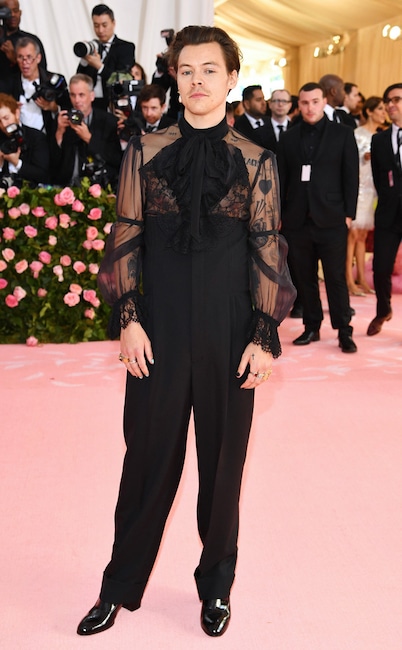 Jaws dropped when the singer arrived to the 2019 Met Gala in this sheer top from Gucci. 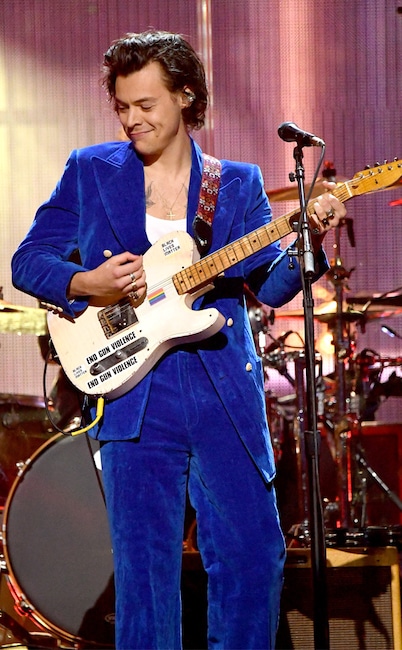 The One Direction star wore a blue velvet Gucci suit to the 2019 Rock & Roll Hall Of Fame Induction Ceremony in March 2019. 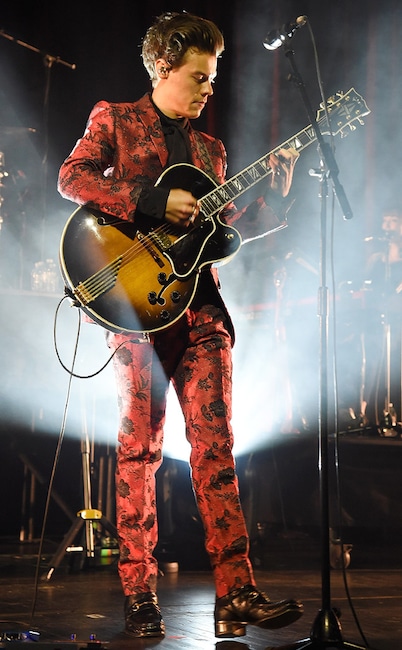 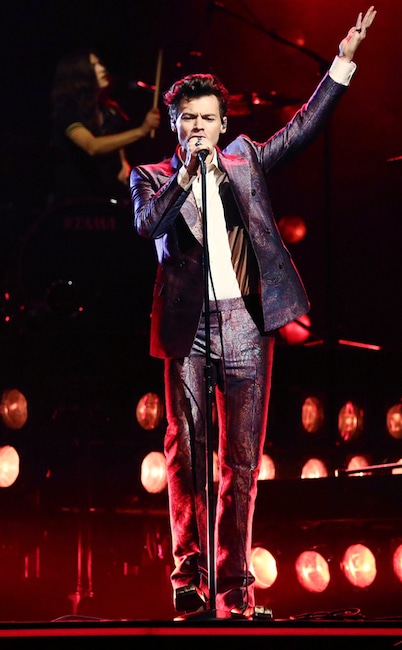 Harry was the prince of fashion performing at the 2017 ARIA Awards in this bold, paisley-printed purple metallic suit. 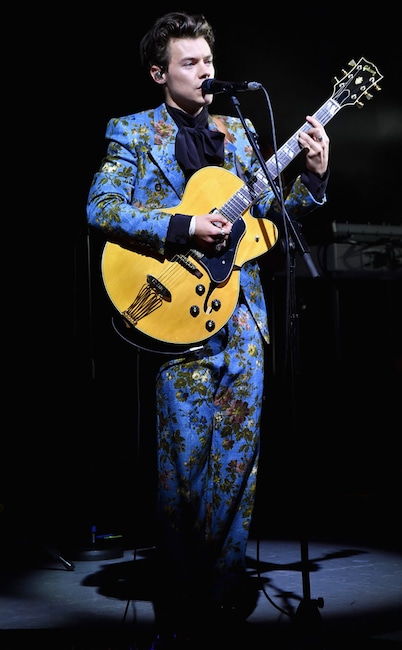 In late 2017, it was clear that the "Wild Thoughts" singer was going through a floral suit phase and we're not complaining. 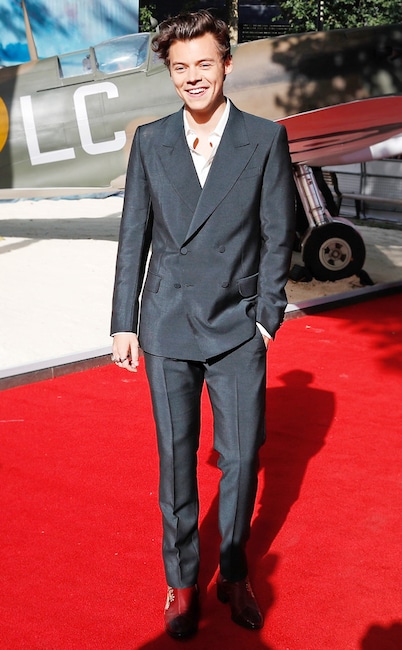 The pop star cleans up nicely, wouldn't you say? Harry wore a tailored-to-perfection double-breasted suit to the premiere of Dunkirk in 2017 and we say, "bravo!" 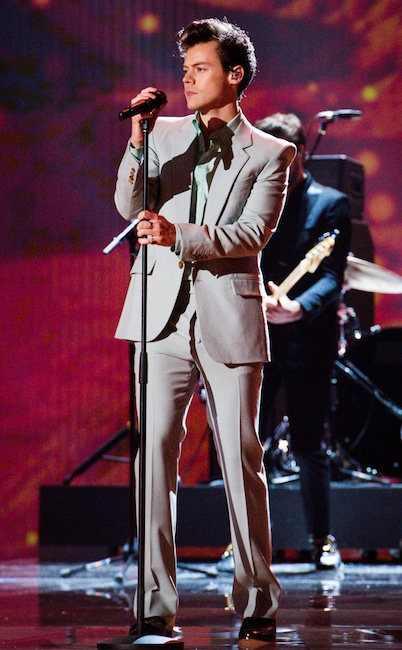 The singer joined some of the world's most beautiful supermodels at the 2017 Victoria's Secret Fashion Show in a grey suit with a sleek pastel-green shirt underneath. 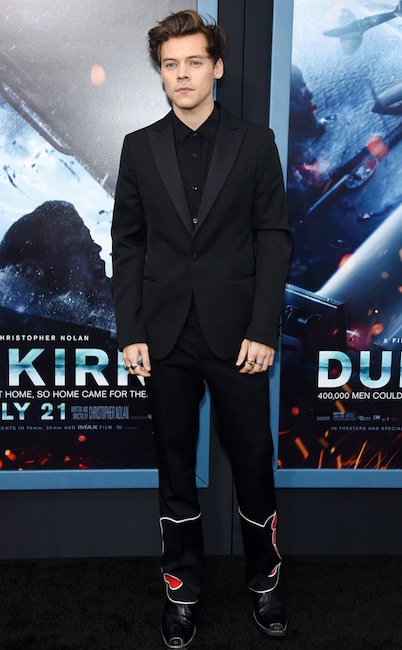 Harry attended the Dunkirk World Premiere in an impeccable Raf Simons-designed tuxedo jacket with a classic black dress shirt tucked into black slacks that were detailed with a red and white marching band embroidery on the hem. 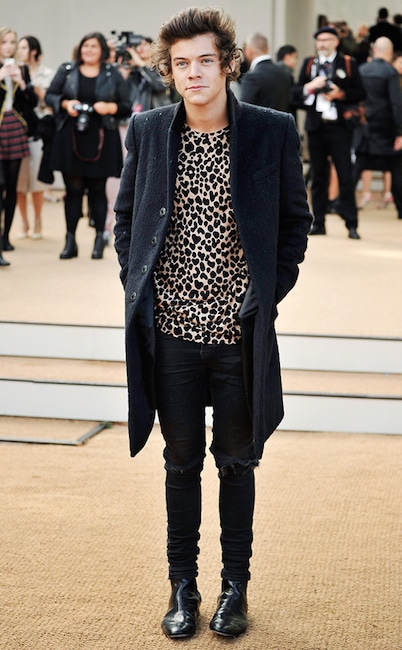 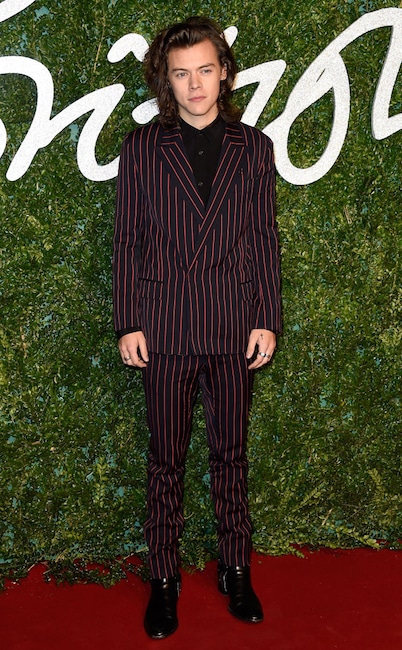 Harry attended the 2014 British Fashion Awards in a red pin-striped suit that worked perfectly with his semi-groomed hair. 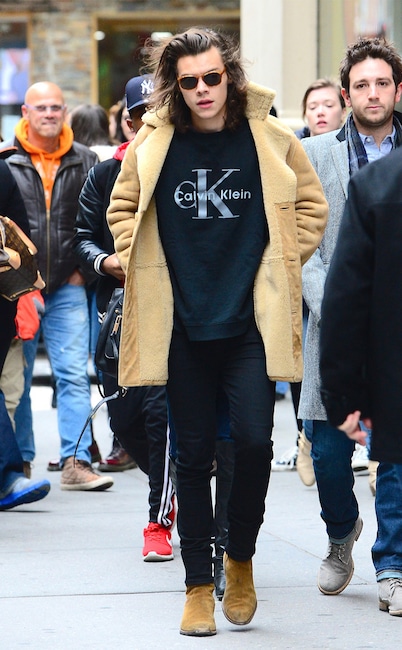 Even when he's not trying, the "Kiwi" singer looks cool. 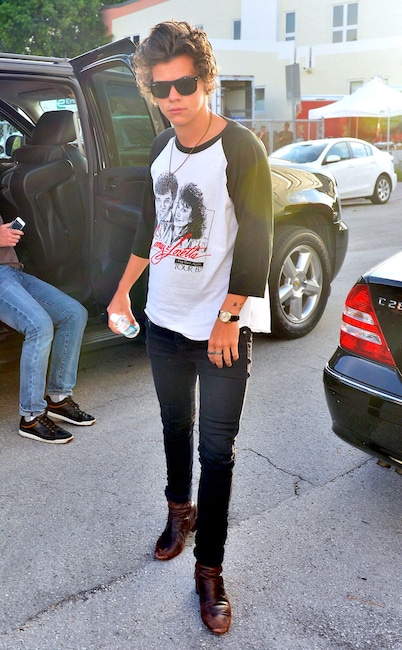 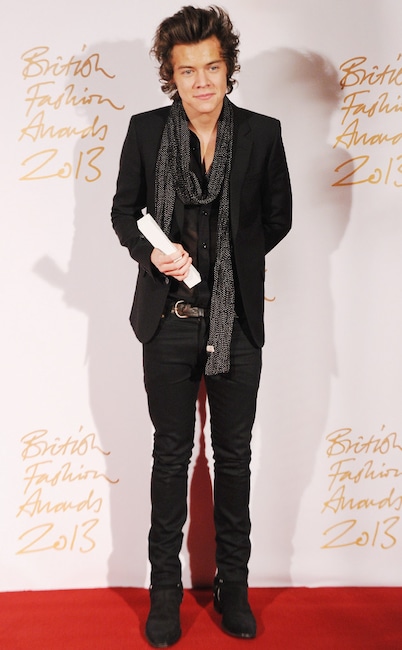 When you win an award at the 2013 British Fashion Awards, it means your style perspective is strong. Also, when you can effortlessly sport a scarf to a big event, you definitely deserve cred. 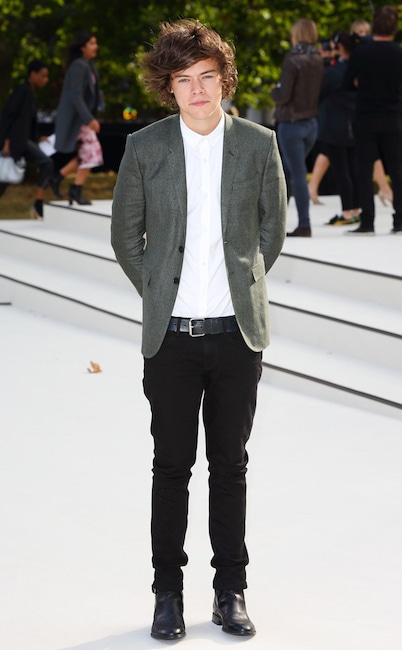 Harry's love for fashion was noticeable even early on his career. The suit jacket and casual pants combo worked well for the Burberry runway show. 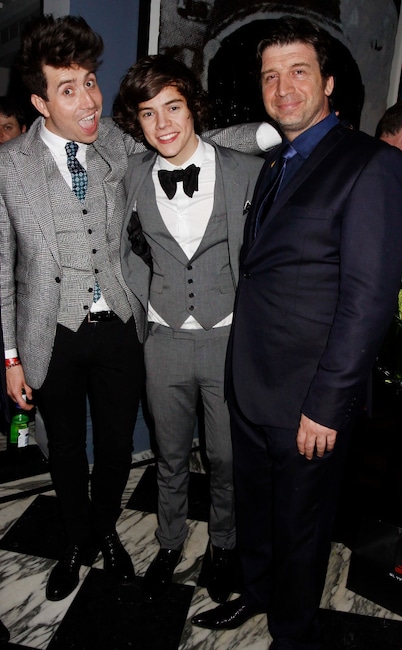 Even at 18 years old, the British singer opted for a classy look with a three-piece suit—with a statement bow-tie—for the 2012 BRIT Awards. 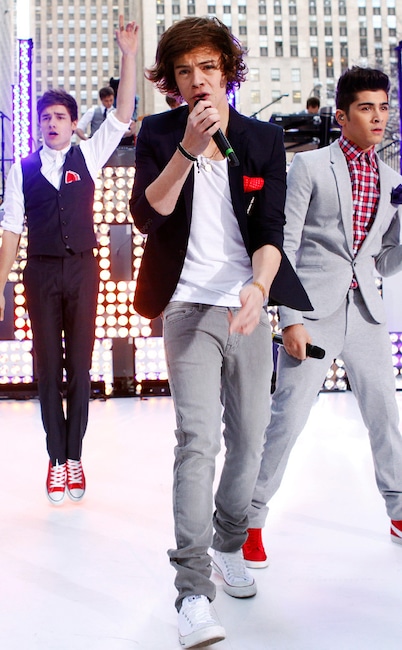 It's true that Harry and the rest of his former band mates have come a long way style wise, but back in 2012, the part-casual, part-suit outfit combo did it for fans. 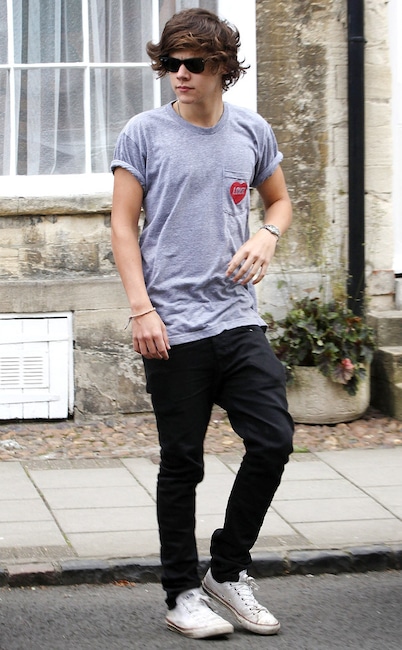 Perhaps it's his voluminous hair or dark sunglasses, but the simple tee and pants look on Harry back in 2012 was so freaking cool.