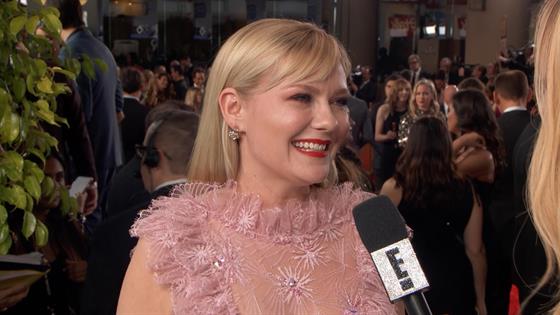 "It's a story that's full of love. That will always be relevant."

That was what Saoirse Ronan told Entertainment Weekly about why the story of the four March sisters in Little Women was just as important to tell in 2019 as it was in 1868, when the classic novel written by Louisa May Alcott was released in 1868.

And the Irish star, who was nominated for an Oscar for her turn as Jo March, noted the current pop culture climate of "celebrating female friendships and sisterhood" as another reason why "it's as important to tell Little Women right now as it would be at any point in our lifetime."

Look no further than Ronan's deep bond with Greta Gerwig, the director and writer of the latest (and arguably best) adaption of Little Women, as the two women have become one of the most exciting filmmaking partnerships in recent movie history since their first film, Lady Bird, which won Ronan her first Golden Globe and earned Gerwig, making her solo directorial debut, her first Oscar nomination for Best Director. 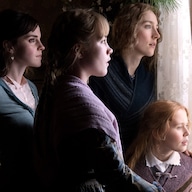 Despite Ronan's already impressive career heading into filming Lady Bird, including Oscar nominated turns in films such as Brooklyn and Atonement, the star admitted to Variety she felt overwhelmed and scared.

"I was fully terrified every day. I felt, 'I'm going to ruin this. I'm going to mess it up.' I really felt that," she said. "It was a great experience, but I was constantly on the phone to my mom or my friends saying, 'I can't do it.'"

There for her during those bouts of self-doubt? Gerwig.

"Before we even started shooting [Lady Bird] she was scared," says Gerwig. "I drove her around everywhere, because she had to go to doctors' appointments and different things to get cleared to film. She was really worried. I always knew she would be great, but she was really concerned she wouldn't be able to find the character." 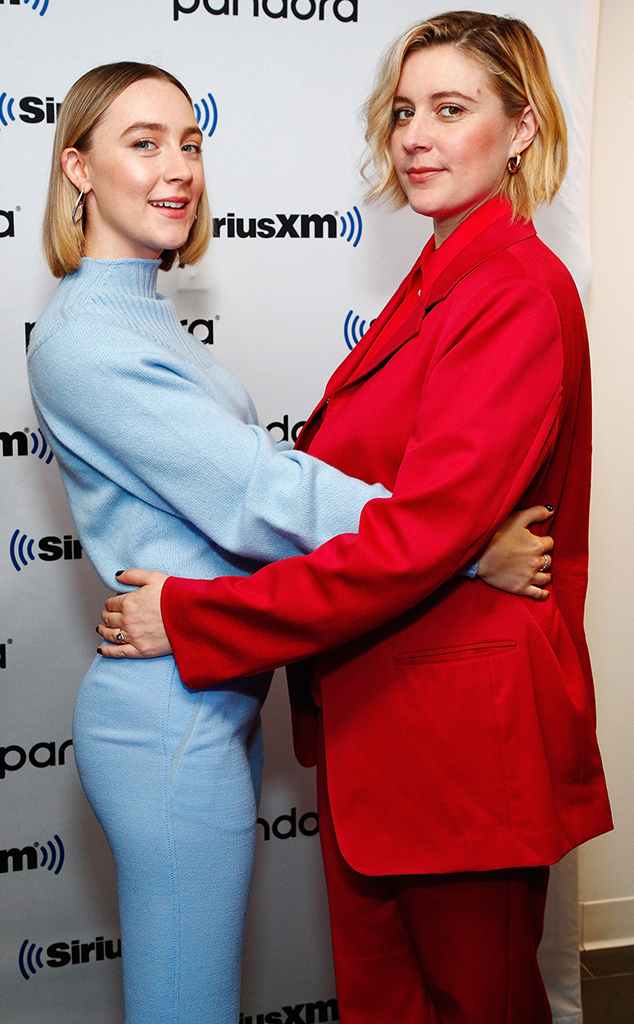 Given that Lady Bird was a small indie with a low-budget (reportedly under $10 million) from a first-time director, expectations were low...which is why its success was all the more surprising and refreshing, at one point holding the record as the best-reviewed movie of all-time on Rotten Tomatoes and earning five Oscar nominations, including a nod for Best Picture. (It also gifted audiences with the first on-screen collab between Ronan and Timothée Chalamet.)

So if the stakes were high for Gerwig and Ronan heading into Lady Bird, you could only imagine the pressure they felt in tackling one of the most adored stories in American pop culture, with a bigger budget ($40 million), bigger cast (Meryl Streep and Laura Dern, anyone?) and much bigger expectations. Except they didn't. In fact, they both attacked the project with a tenacity the relentless Jo March herself would've been impressed by.

An avid fan of Little Women her entire life, Gerwig, 36, first began working on the project even before Lady Bird, being tapped to write the adaptation by Sony in 2016. And even though Lady Bird had yet to come out and prove her talents as a director, a "hellbent" Gerwig let the studio know she was the only person who could bring this story to life behind the camera.

"Greta had a very specific, energized, kind of punk-rock, Shakespearean take on this story," the film's producer Amy Pascal, who was named after Amy March, told Deadline. "She came in and had a meeting with all of us and said, 'I know this has been done before, but nobody can do it but me.'" 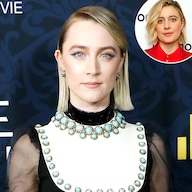 Gerwig said, "It was before I directed Lady Bird. I was not at the top of anyone's list, but I was so sure that I had to do it. I am not taken to showing up in offices and telling people they have to hire me. It's not something I do."

It also something Ronan wouldn't usually do, but it's exactly what she did when she learned Gerwig's next film was going to be Little Women, with the 25-year-old saying she was "desperate" to play Jo.

According to Ronan's version of events, she approached her friend when they were promoting Lady Bird, telling—not asking—her that the part was hers.

"I had heard, I think from her or my agent, that this was a thing she was going to do, and so straight away I was just, 'I have to be Jo.' Because it was her and because it was Jo… there was no way I could have seen her direct anyone else's Jo March," she told Deadline. "And even she even told me, 'The fact that you've been directed by other people is weird to me," because we're just very close.'" 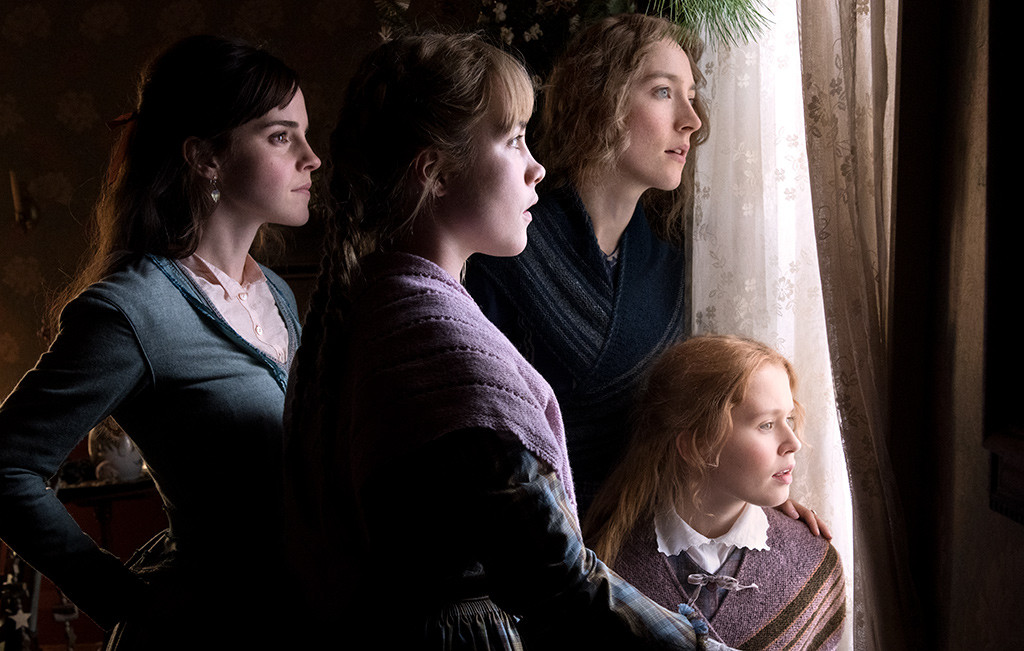 She continued, "I really did just go up to her at an awards show and say, 'I know you're going to do this thing. I want to be in it, and I really think the only part I can play is Jo March. So, if you want me to be in it, this is what I'm willing to offer you.' It was the most ballsy I've ever been. She said that she would think about it, which wasn't quite the reaction that I was hoping for, but OK [laughs]. And then she emailed me a week later. She said, "You're right, you're Jo." So, she let me do it. I've never done that before. I've never pursued a role in that way."

For Gerwig, however, she denied much internal debate over whether or not Ronan was her Jo, telling Variety, "Saoirse told me she was playing Jo...I'm so lucky that she basically told me she was going to play this part."

Even though she long aspired to play the role, saying she was "precious" with the character, Ronan admitted there was a bigger draw to the movie for her than Jo.

More than just director and actor, Gerwig often refers to Ronan as her "filmmaking partner" and is quick to gush over the choices the star made to bring Jo to life, including the decision to have the aspiring writer wear a military jacket while furiously writing her novel, equating Jo's writing to an army "taking over a territory," with Gerwig telling Variety, "That's one example out a million of what she would lead us to do." 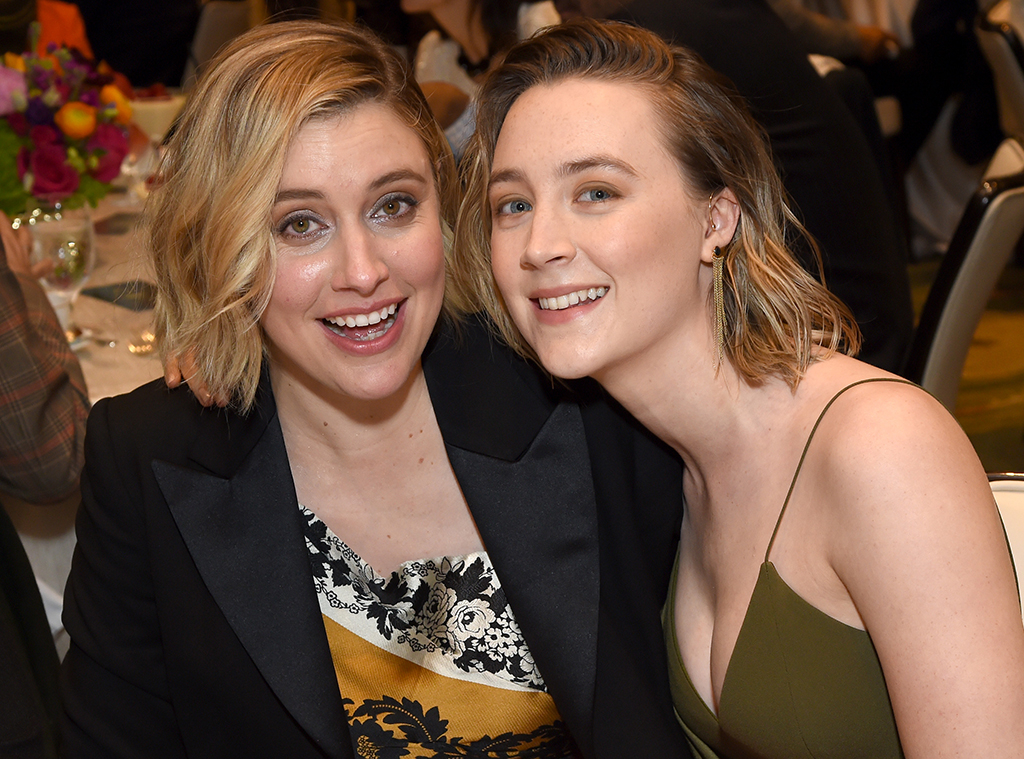 And it was Ronan who was on the front line, leading the defense of her director after Gerwig was snubbed by the Golden Globes, not earning one of the spots in the Best Director category. (All five nominees were men.)

After earning a nomination for Best Actress in a Drama, Ronan took gentle care to remind the Hollywood Foreign Press Association, a voting body that also snubbed her in 2017 for Lady Bird, that they made a big mistake. Huge.

"Getting to play Jo March, one of the most inspiring characters in literature, still today, has been an honor. I am eternally grateful to Greta Gerwig for her guidance and partnership, and for her fierce perseverance that brought this incredible cast together and created an environment for us to become a real family and tell this very special story," Ronan said in her statement. "My performance in this film belongs to Greta as much as it does myself and I share this recognition completely with her."

And when the Oscar nominations were announced on Monday, with Little Women earning six nominations, including Best Actress (Ronan), Best Supporting Actress (Florence Pugh), Best Adapted Screenplay (Gerwig) and Best Picture, Ronan still made sure to highlight Gerwig's incredulous snub in the Best Director category, a decision that had Ronan "scratching [her] head a bit," she admitted to Deadline. 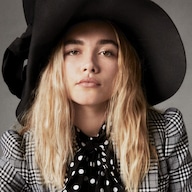 Florence Pugh Reveals Why She Slept Through 2020 Oscar Nominations Ceremony

"I'm really happy that the Academy recognized [Gerwig] for Adapted Screenplay and Picture, and I feel like if you've been nominated for Best Picture, you have essentially been nominated for Best Director," she said. "But to me, Greta, since she started, has made two perfect films, and I hope when she makes her next perfect movie, she gets recognized for everything, because I think she's one of the most important filmmakers of our time."

She continued, "Naturally, as her friend, but as somebody who watches every day just how brilliant she is, I always feel she deserves everything, really."

In her own (ridiculously elegant, we must say) statement, Gerwig mentioned all of LW's creative team, both on-screen and off, but referred to Ronan as her "filmmaking partner/wizard/genius" and said, "You are my inspiration and my honesty and my co-captain, always." 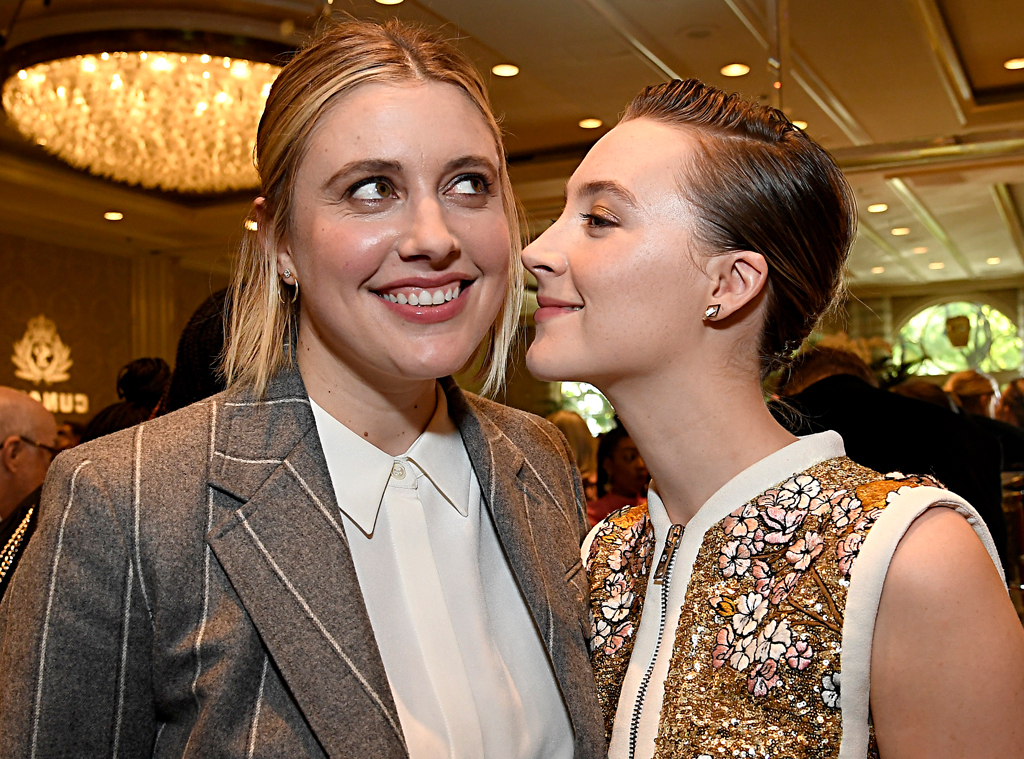 But for fans of the duo, Ronan's praise of Gerwig in her statement and vice-versa didn't come as a surprise, as the actress has often spoke of their special bond, both as filmmakers and as friends.

"The two of us, it's a relationship I have with no other director," Ronan once told Entertainment Weekly. "She makes me feel like I can try anything."

And try not to tear up when reading what else she said about Gerwig: I know she loves me because when I was with her, I was able to do things and I didn't have that crippling fear that I would usually have."

Gerwig has also inspired Ronan to follow in her footsteps, making the transition from actress to director, a move Gerwig made after celebrated turns on-screen in Frances Ha and Mistress America, both of which she co-wrote with her partner Noah Baumbach, and 20th Century Women.

"I think I've always wanted to," Ronan told Deadline of becoming a director. "Watching Greta, and seeing what she's done over the last few years, has been a massive motivation for me to give it a go."

But before directing, Ronan may find herself putting on some tap dancing shoes, as Gerwig's next project is set to be a musical, according to an interview with Variety, though details are scarce.

"One thing I feel that the world is really missing right now is tap dancing," Gerwig teased. "I'm just going to say that."