After fans watched Hannah Brown reunite with Peter Weber on Monday night's season premiere of The Bachelor, the Alabama native took to Twitter to reflect on the emotional experience.

"So that was not a blast at all," the former Bachelorette tweeted. "It was truly the hardest day—a day I was not looking forward to reliving. But thank you to those of you who have been so sweet and supportive tonight."

She then gave a nod to her Dancing With the Stars partner Alan Bersten and recalled having to learn a whole routine after filming with Weber.

"Also shout-out to @Dance10Alan for teaching me a rumba after this," the champ continued. "That we survived that week was truly a victory."

As fans will recall, Weber was one of Brown's final three suitors. However, she ended up picking Tyler Cameron and Jed Wyatt as her last two men and eventually accepted a proposal from Wyatt. Although, she later called off their engagement.

The Bachelor Pilot Pete Has Landed - Sip of Soup

So, many of Weber's leading ladies were surprised to see Brown step out of the limo on Monday night's episode. Viewers watched Brown give back the pilot wings Weber had given her as a token of his affection last season. She then returned later in the episode to help plan a group date, during which she told the women about her night with Weber in the windmill. However, things quickly took a turn after Weber spotted Brown crying in a back room.

"I'm really happy for you, but it's just a lot," she confessed.

From talking about the day Brown sent Weber home to getting real about how it made Weber feel when Brown asked Cameron out for a drink, the two covered a lot of ground. At one point, Brown admitted she questions what she should have done. Near the end of the episode, fans watched Weber ask Brown what she would say if he asked her to be a part of the Bachelor mansion. 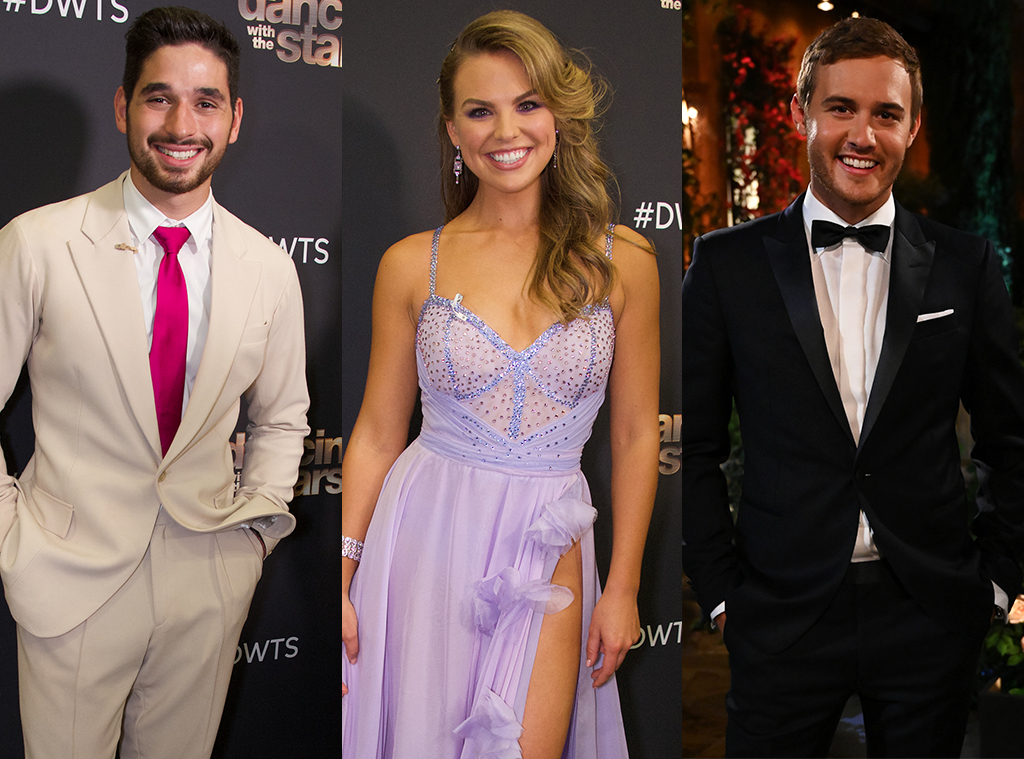 In a separate solo interview, Weber confessed he felt torn.

"I can't help how my heart feels," he said. "I look at her, and I just don't want to stop looking at her. And I want to just kiss her and just...just like have had all this work out. And it didn't, and I know it didn't. And I just, I feel like such a jerk because I have such an awesome group of girls here expecting to meet someone that was truly ready to have this work for them as well, and I don't know."

"I just want to go hide under the windmill right now," she tweeted at one point.

However, she received some support from her fellow members of Bachelor Nation.

"I love @hannahbrown," Becca Tilley wrote in part of her post. "I want her to be the bachelorette again."

It looks like fans will just have to tune in to see how Weber's journey to find love ends.

TAGS/ Hannah Brown , The Bachelor , The Bachelorette , Dancing With The Stars , Celebrities , Top Stories , Apple News
GET POP CULTURED!
*Email entered incorrectly. Please try again.
By subscribing to our newsletter you agree to the Privacy Policy and Terms of Use
Daily
Weekly