Now Playing
Up Next
Pilot Pete Takes Off in "Bachelor" Premiere

Peter Weber met numerous woman on the first night of his Bachelor experience, but one lucky lady stood out among the rest: Hannah Ann.

Like many of the other women, Hannah Ann went for a casual hug when she met the pilot, but it left her love-struck. She practically yelled, "I am in love," as she walked into the famous mansion. And it seems Peter was just as charmed by their meet-cute because she was the first kiss of the night that he initiated.

It all happened when they were talking under the gazebo and Hannah told him that she believes the greatest gift her parents gave her was an example of what a "healthy marriage" is. This obviously appealed to the family-centric bachelor since he kissed her hand.

Hannah Ann then sealed the deal by giving him a painting that she and her father made of the Rocky Mountains. After this, Peter planted a smooch on her, much to the dismay of the other women who hoped to be the one to sweep him off his feet, but better luck next time!

Check out four things to know about Hannah below:

1. Hannah Ann Is a Literal Model:

This 23-year-old is a model who travels the world for various photo shoots and other opportunities, according to her Bachelor profile. On her Instagram page she also has numerous shots of herself modeling Good American's fitness collection and other well known labels, like Kristin Cavallari's Uncommon James and Victoria's Secret's Pink. You might also recognize her as the girl running on your bottle of Downy fabric conditioner.

Plus, she's slightly dabbled in working on the big screen. She was one of the leading ladies in Lauren Bushnell's husband Chris Lane's music video for "I Don't Know About You." And she also was one of the models in an episode of Project Runway: All-Stars. 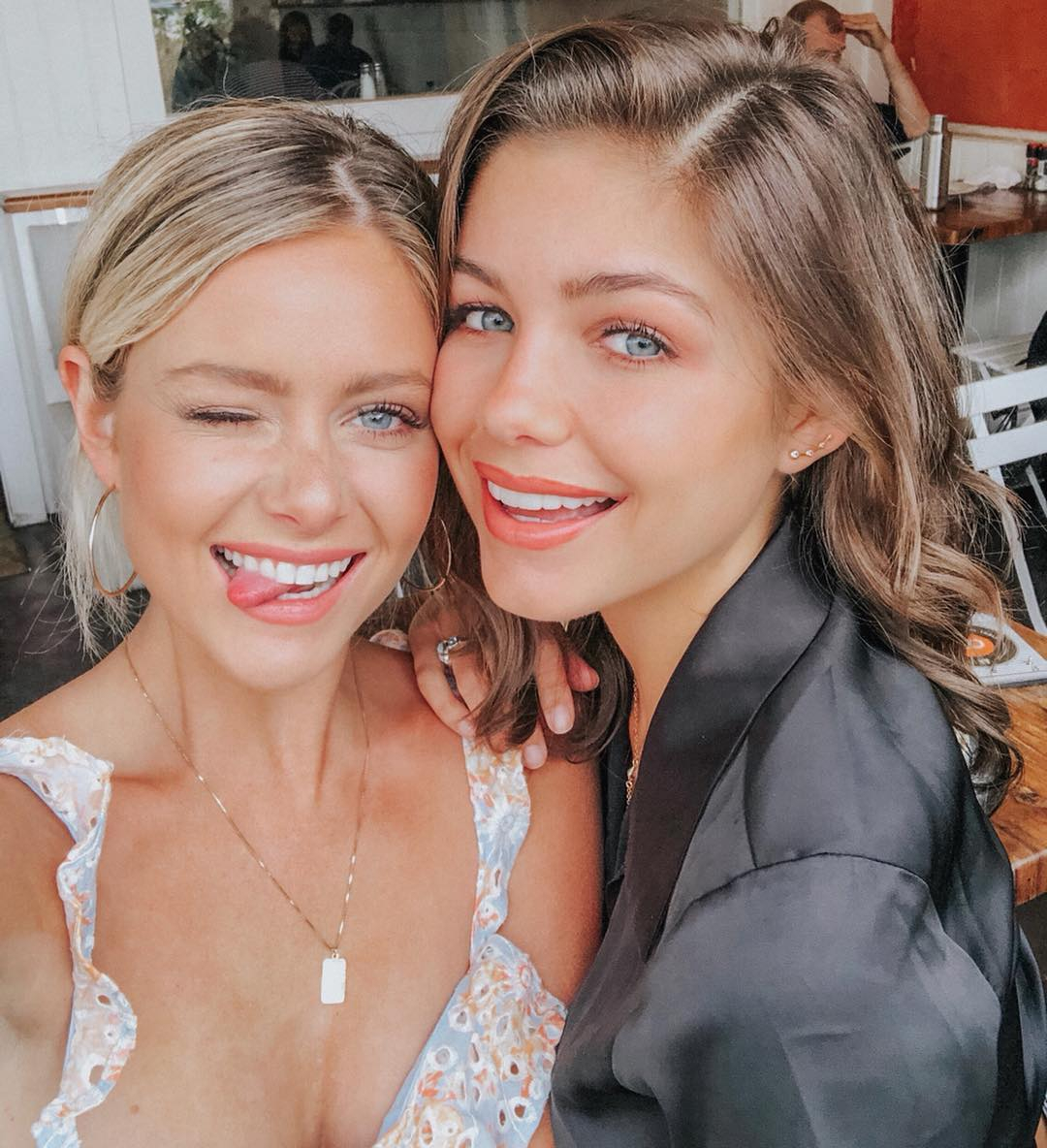 If you ever needed proof this is a small world, then look no further. Long before either woman joined the Bachelor Nation community, they were modeling for various companies together, as shown in their Instagram posts from the past two years. It was during those photo shoots together that Hannah S. came to know Hannah G. as the "ketchup to my fries."

As for Hannah's connection to Caelynn, it appears the model was also a pageant queen in a past life, although photos from her debutante days are pretty scant on her social media. In a photo from 2017, Caelynn commented, "Omg can you teach me your workout plan."

According to her Bachelor profile, the reality star is living at home with her younger siblings and parents in Knoxville, Tenn. Because of the nature of her work, she's not in one place all the time so it's easier for her to kick it with her parents until she finds the man she wants to make a home with. Moreover, her parents likely enjoy having her around since she is a painter and decorates their home with her art. Perhaps Pilot Pete will be the lucky man to sweep her off her feet.

4. She Isn't Afraid of Commitment:

While some women immediately delete any photos of their ex, Hannah seems content to leave her photos with her ex on her social media profile. Her last photo with her boyfriend of nearly four years was on New Years Eve of 2017, meaning the pair must've called it quits not long after.

What's more is her ex has photos of them on his page too, leading many to believe things ended amicably between the duo. She hinted at the reason behind their breakup  in her profile when she shared "her last relationship [was] all chemistry but little friendship."

TAGS/ Peter Weber , The Bachelor , Celebrities , Apple News , Top Stories
GET POP CULTURED!
*Email entered incorrectly. Please try again.
By subscribing to our newsletter you agree to the Privacy Policy and Terms of Use
Daily
Weekly