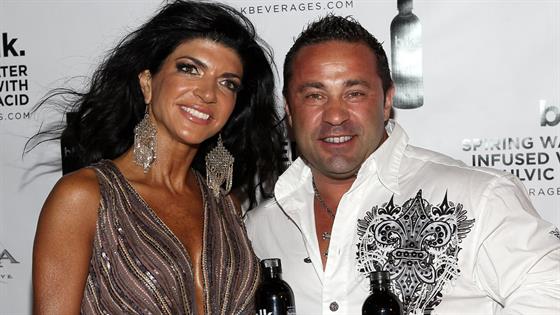 Now Playing
Up Next
Are Teresa & Joe Giudice on the Verge of a Split?

Joe Giudice is remembering the good ole days with his longtime partner, Teresa Giudice. On Sunday, the 47-year-old uploaded several throwback photos to Instagram of him and the Real Housewives of New Jersey star.

"when we were young," the reality TV personality shared, alongside a grainy pic of him and the Bravolebrity. "Miss the days down the shore," another caption read with both of their arms wrapped around each other as they posed in their swimwear.

"Good times," Giudice wrote in a separate post, alongside a photo of the two looking happier than ever. The former construction business owner uploaded an old family photo with Teresa by his side along with their three daughters, Gabriella, Milania and Audriana, when they were younger. (Gia was missing from the snapshot!)

However, the timing of Joe's walk down memory lane comes less than two weeks after it was reported the longtime couple was separating after nearly 20 years of marriage. 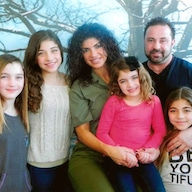 At this time, the duo has yet to formally file for divorce. But an insider previously shared that they were done for good.

"Teresa and Joe's marriage is completely over," a source told E! News earlier this year. "Teresa is in no rush to file for divorce, but their relationship is done."

The insider added, "Teresa is really focused on being an amazing mom to their daughters. She wants to keep things as stable as possible during this hard time surrounding the deportation. She doesn't want to crush them even more with news of a divorce."

As of right now, Joe is living in home country of Italy after spending five months in an ICE detention facility. For the Christmas holiday, his four daughters flew out to visit, which marked their second trip out there in the last few months.

To see all of the throwback photos Joe has been sharing of Teresa lately, scroll through our gallery below. 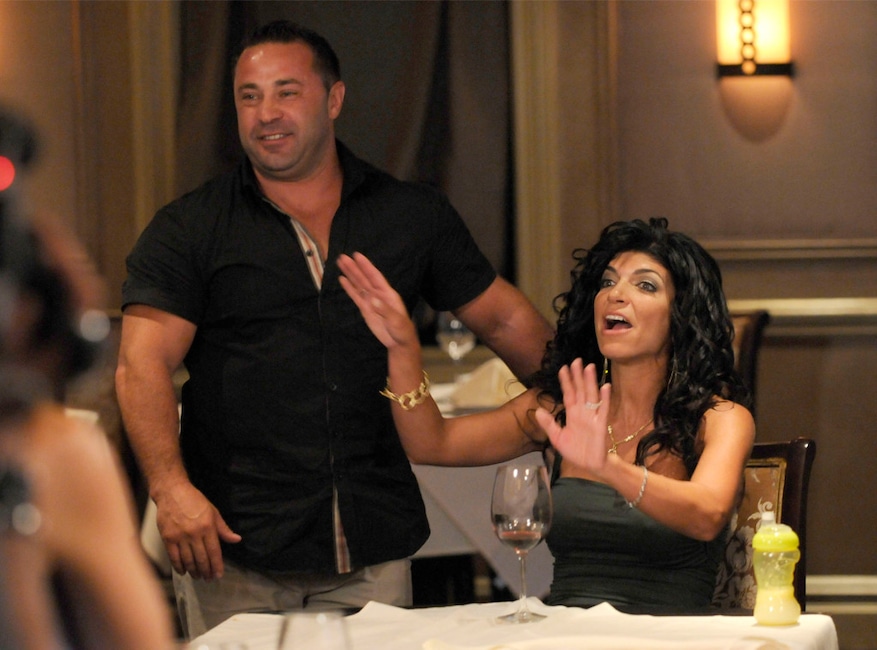 Teresa and Joe appear on the first season of The Real Housewives of New Jersey in 2009. From introducing the world to her daughters and luxurious lifestyle to flipping tables, Teresa proves to be a memorable Housewife in no time. 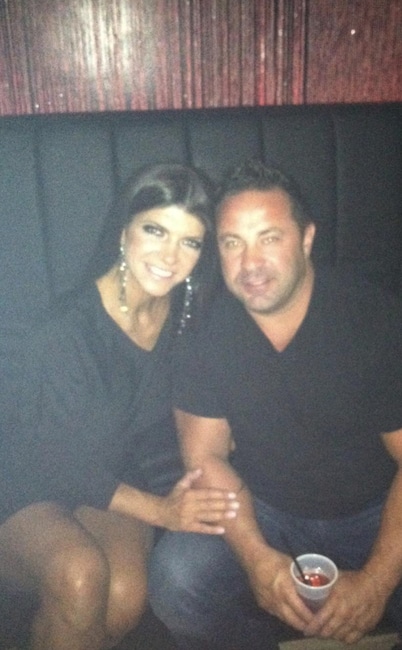 Joe shares a photo of a time when the two were over-the-moon in love. "when we were young," he captions his throwback pic. 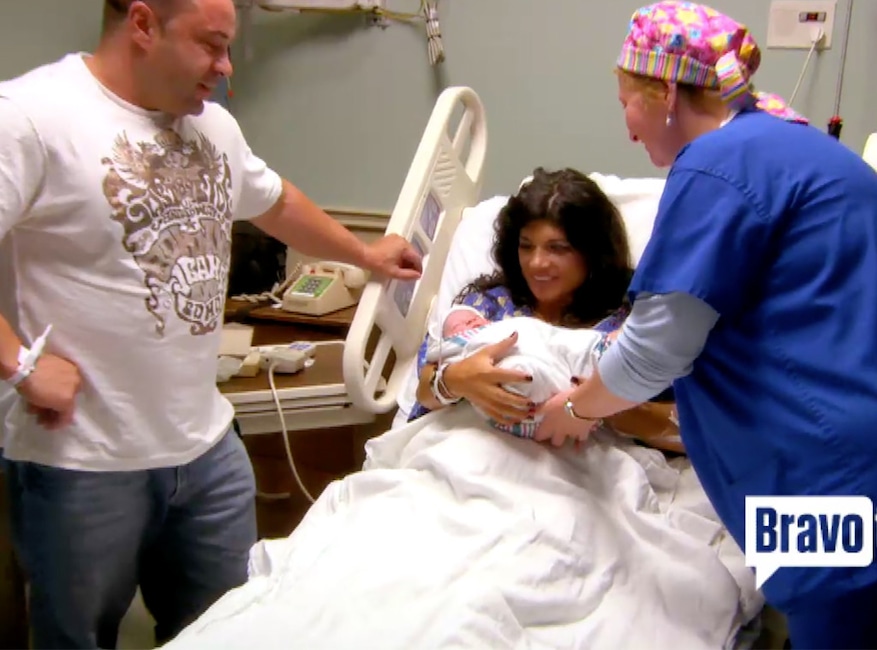 A Family of Six

Teresa and Joe welcome their youngest child, Audriana, on season two. Of course, her labor and delivery are documented. "The baby was born in a push and a half," she shares. 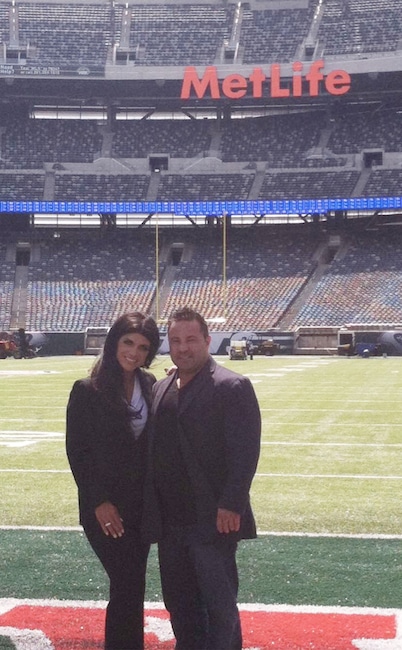 The former construction business owner recalls the time he and Teresa enjoyed the Met Life stadium to themselves. "Had all of met life to ourselves... let's play ball," he writes. 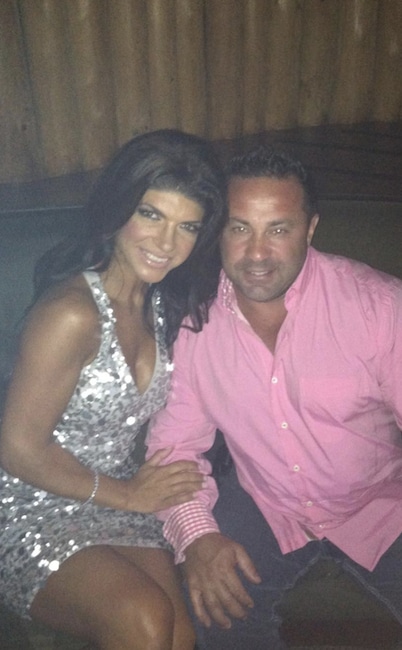 Joe posts about the ''good times'' he had with his estranged wife. 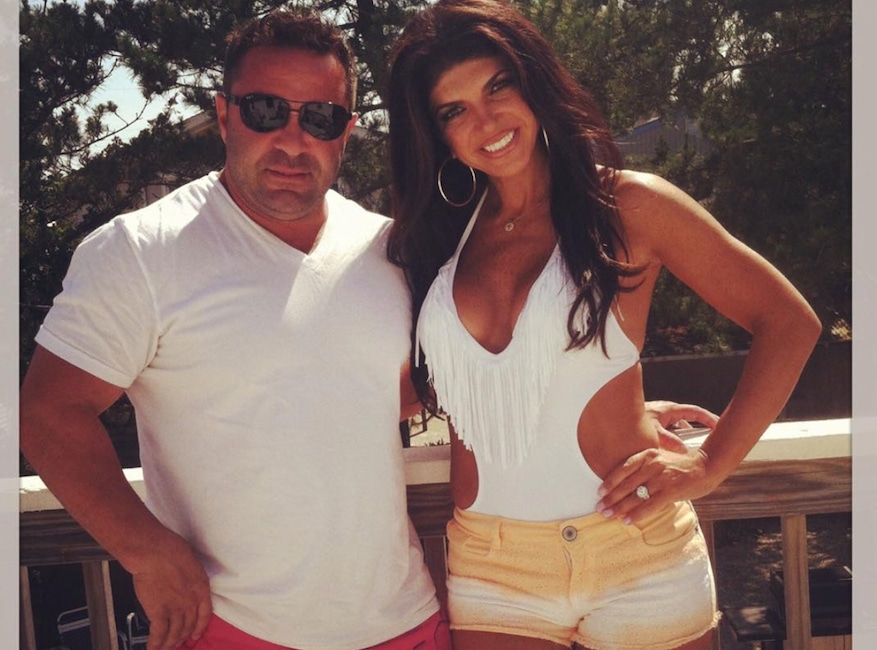 "Miss the days down the shore," the former Bravo star writes about his longtime love. 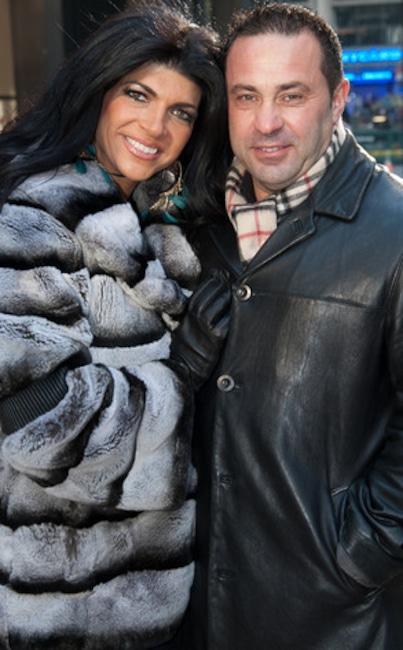 The Bravolebrities attend a flash mob in Times Square right before the holidays, in December 2011. 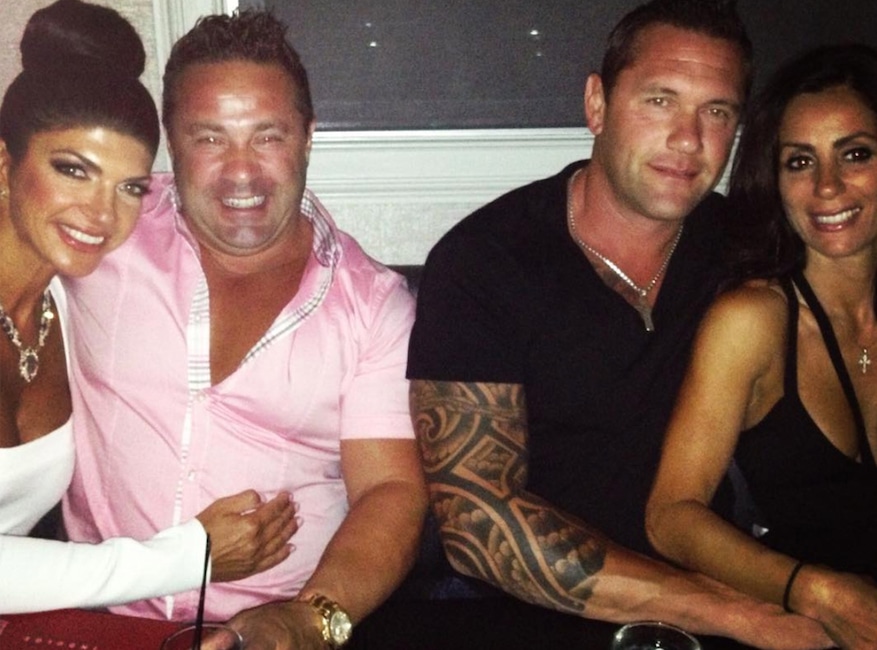 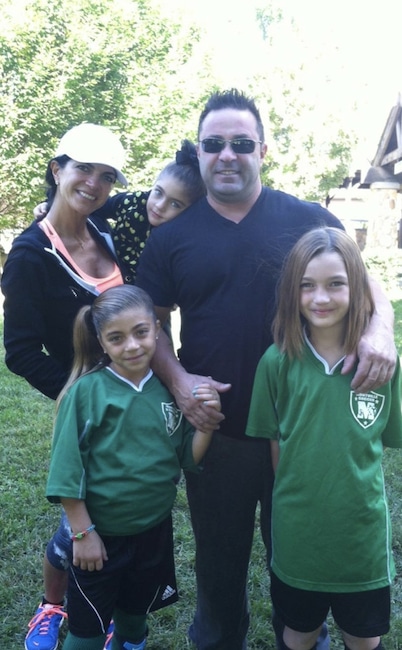 The reality TV personality reminisces on the good ole days. "best days.., he shares. "miss these days so much." 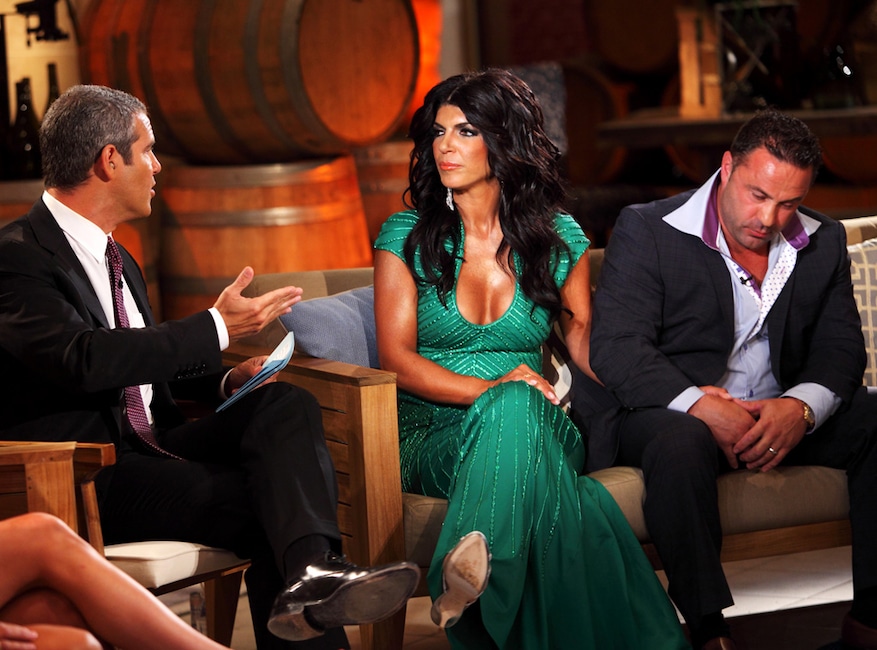 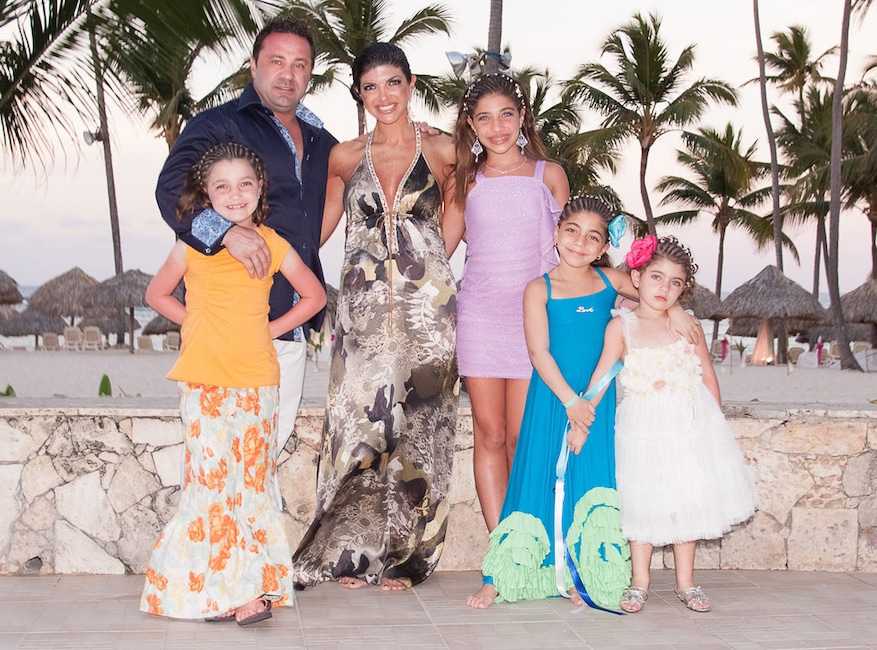 The family soaks up the sun and enjoys a fun-filled trip in Punta Cana, Dominican Republic in 2013. 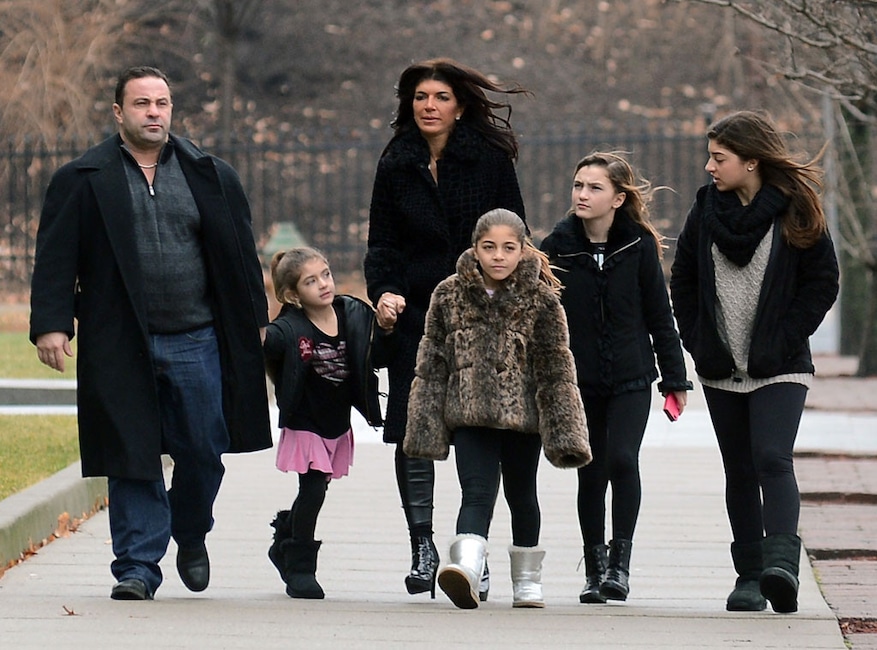 The pair and their daughters enjoy each other's company day for one last time, before the fitness guru goes to prison. The famous family attends the Cathedral Basilica of Sacred Heart Church. 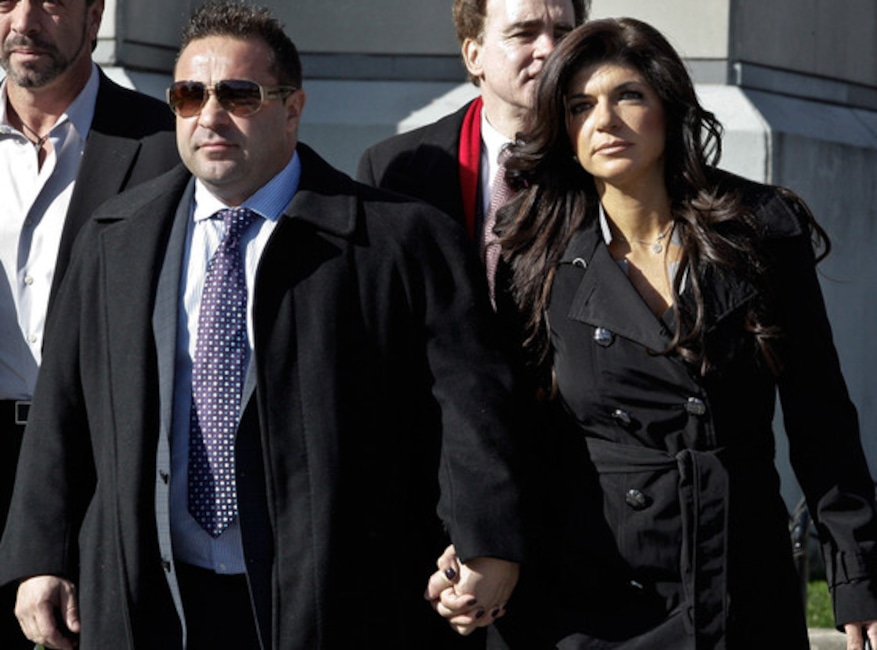 The reality TV personalities appear at a Newark federal court in 2013. The duo faces additional charges of bank fraud and loan application fraud, in addition to original charges of defrauding lenders, illegally obtaining mortgages and other loans, allegedly hiding assets and income during a bankruptcy case. 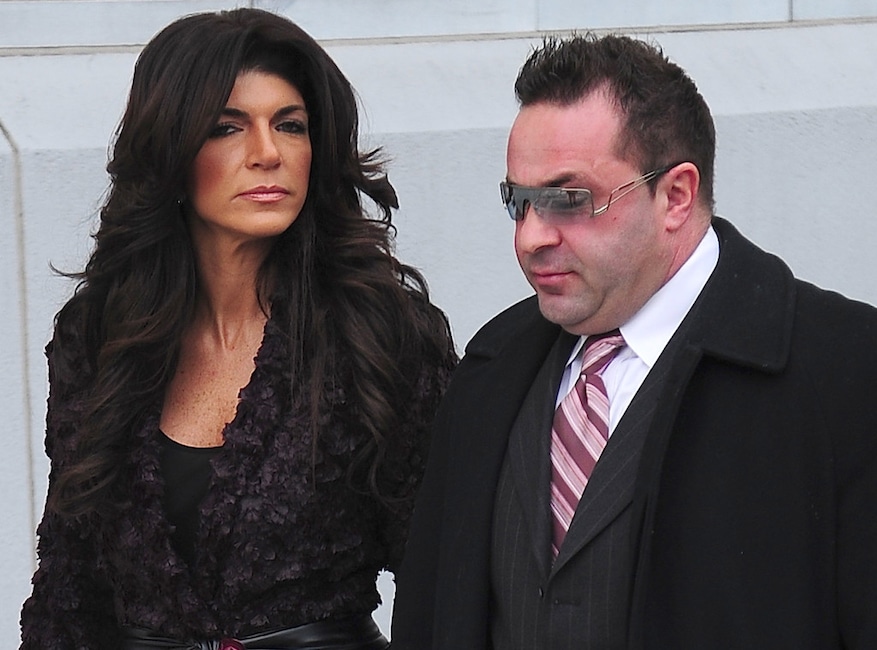 In 2013, the Giudices are accused of committing mail and wire fraud, bank fraud and bankruptcy fraud. In addition, they are accused of making false statements on loan applications. Joe is also accused of failing to file tax returns from 2004 to 2008. The two plead guilty to multiple fraud charges in 2014. They are sentenced later that year. 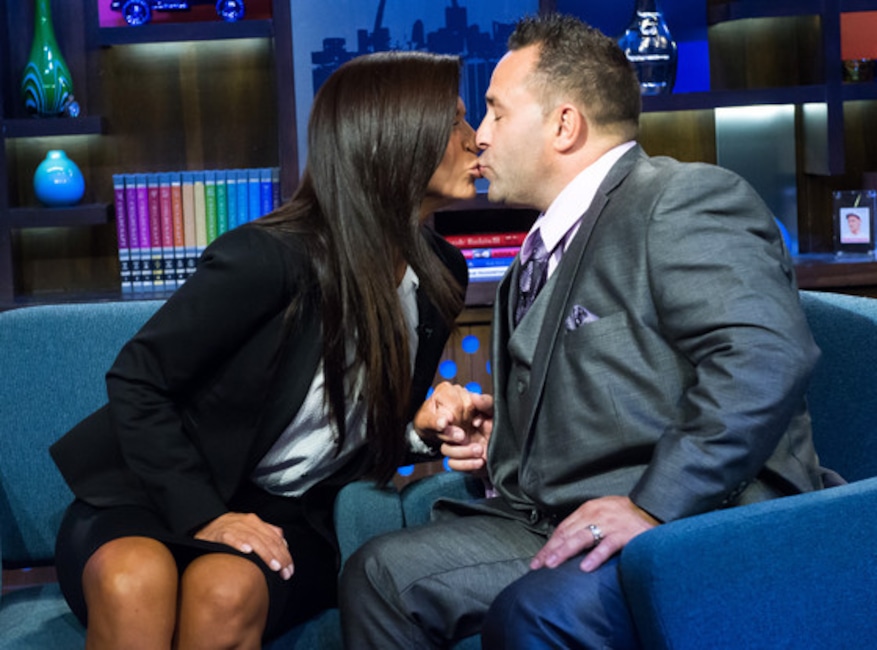 The couple sits down with Andy Cohen to discuss their prison sentences. 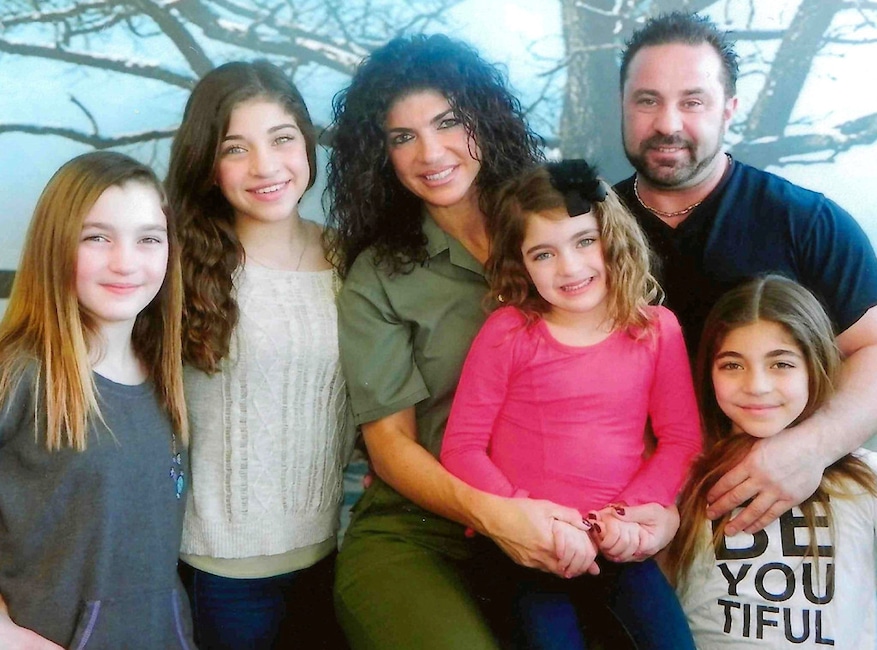 Teresa started her time behind bars in early 2015. She was released at the end of the year just in time for Christmas. 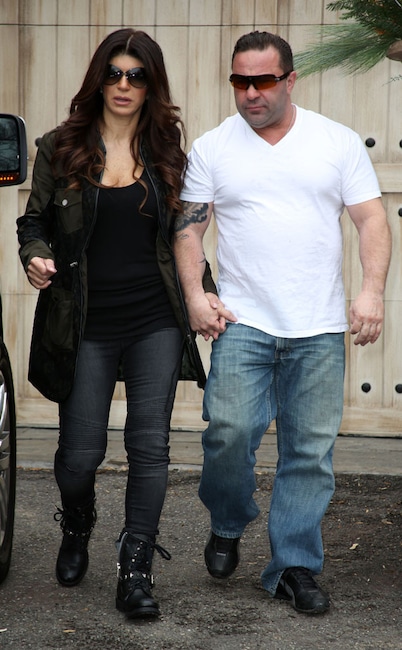 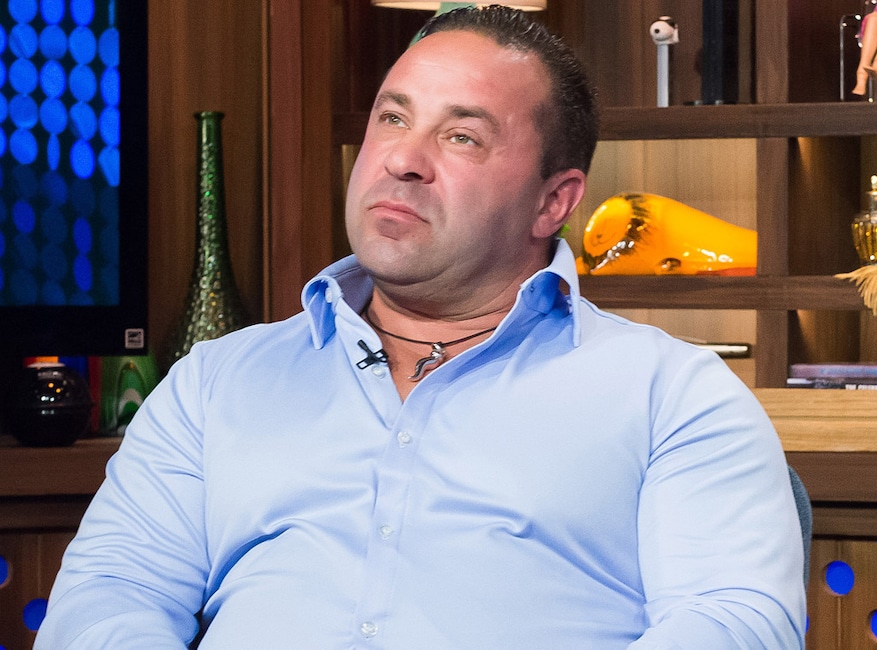 In 2018, a judge ruled that Joe would be deported to Italy upon finishing his prison sentence. However, Joe filed an appeal later that year. In April 2019, a source told E! News the Board of Immigration Appeals ruled against Joe. However, his legal team filed a petition for the federal court to review the appeals decision. An immigration judge later denied the petitioner's application for release on bond—noting Joe would have to stay in ICE custody until the case is settled. In September, Joe asked the court to lift his stay of removal so he could await the final decision in his deportation case in Italy, which is where he was born. 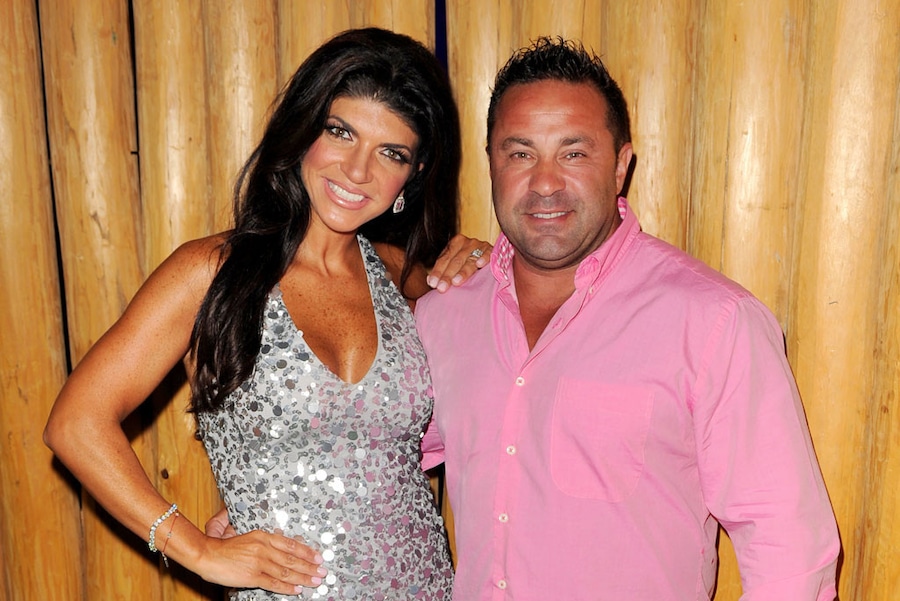 Joe and Teresa spent their 20th anniversary apart as Joe awaits the final decision in his deportation case in Italy. 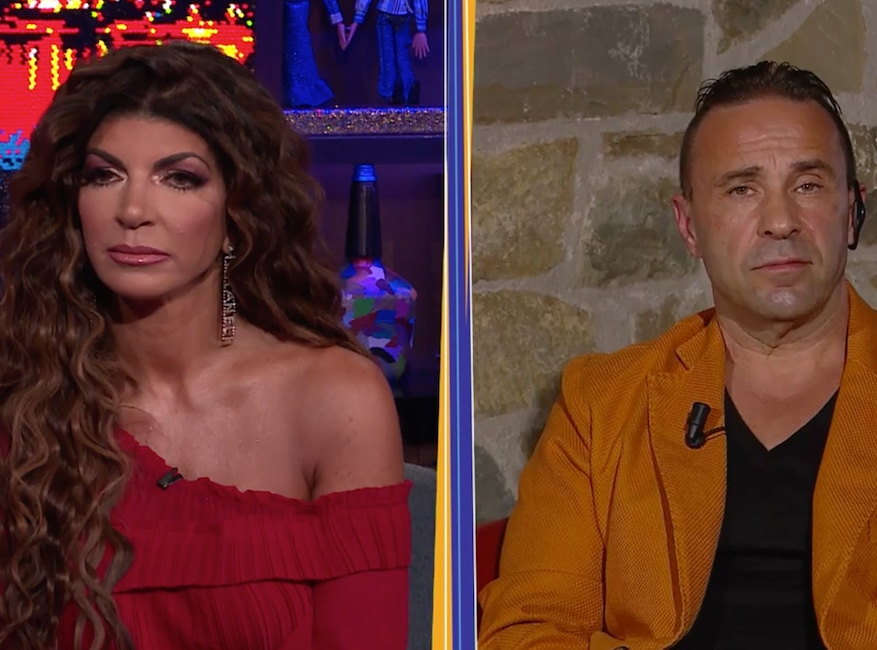 Joe and Teresa appear on The Real Housewives of New Jersey Special Event: Joe and Teresa Unlocked, where they discuss the future of their marriage. 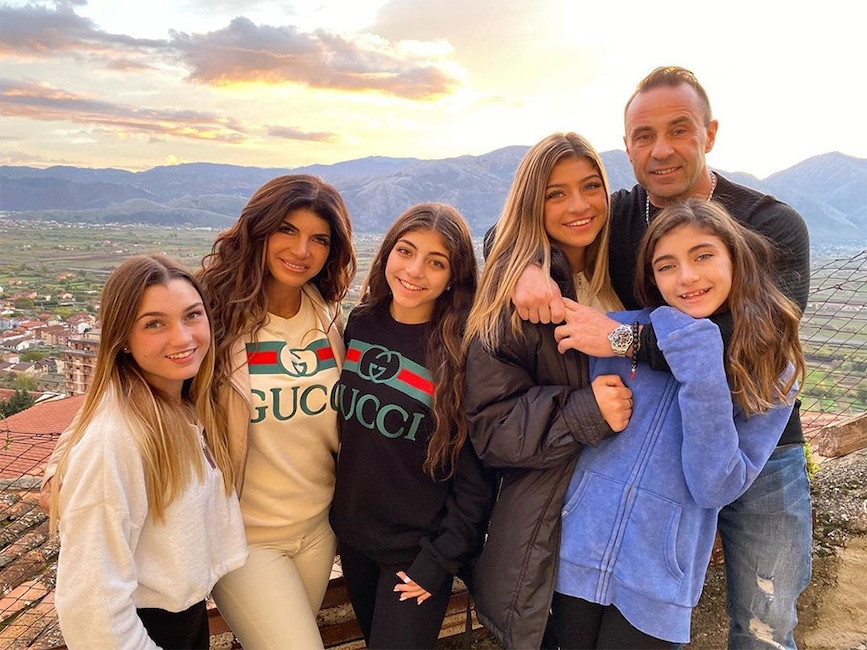 The Real Housewives star and her four daughters fly to Italy to see Joe for the first time since being released from ICE. He is currently living in his home country.

The famous family snaps pics from their short but sweet Italy trip.