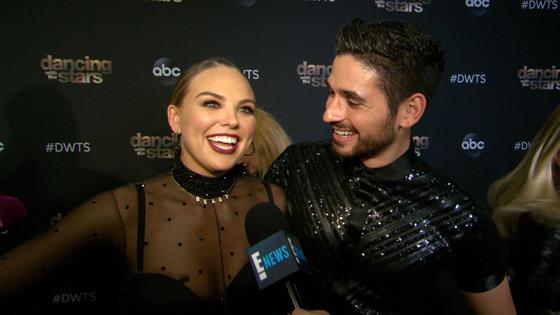 What better way to celebrate a mirrorball trophy than with pizza, right?

On Sunday, Dancing With the Stars champions Hannah Brown and Alan Bersten reunited for a pizza night at their favorite restaurant. Bersten documented their mini reunion on his Instagram Stories with some playful videos. "Guys, we're at our old stomping grounds," he said into the camera. "We're having some pizza and it feels weird because we didn't rehearse all day together."

In a second video, the dancing pro couldn't help but tease The Bachelorette alum for losing her voice. "Also, Hannah lost her voice…I'm excited!"

During their DWTS days, the season 28 winners treated their fans to several dinner dates after their rehearsals, including one where they set the record straight on their relationship status. Back in September, Bersten had an impromptu Q&A via Instagram and one fan asked if they were a "thing." Brown jokingly replied, "Yeah, we're a thing…Team Alanbama Hannah!"

Since then, the dancing partners have been sparking romance rumors with their undeniable chemistry on and off the ballroom floor. During an appearance on The Ellen DeGeneres Show in October, Brown confirmed that she was single and joked that her Bachelorette experience was to blame.

"No! I'm not [dating Bersten]...We're great friends," she told gust host Justin Hartley. "He kind of has to be my best friend, so I make him be…It has been an amazing experience. But, like I said, I have just been—trauma from dating, so we're not going to do that right now. We're gonna dance."

In fact, she said that her romantic life isn't at the top of her priorities list these days. 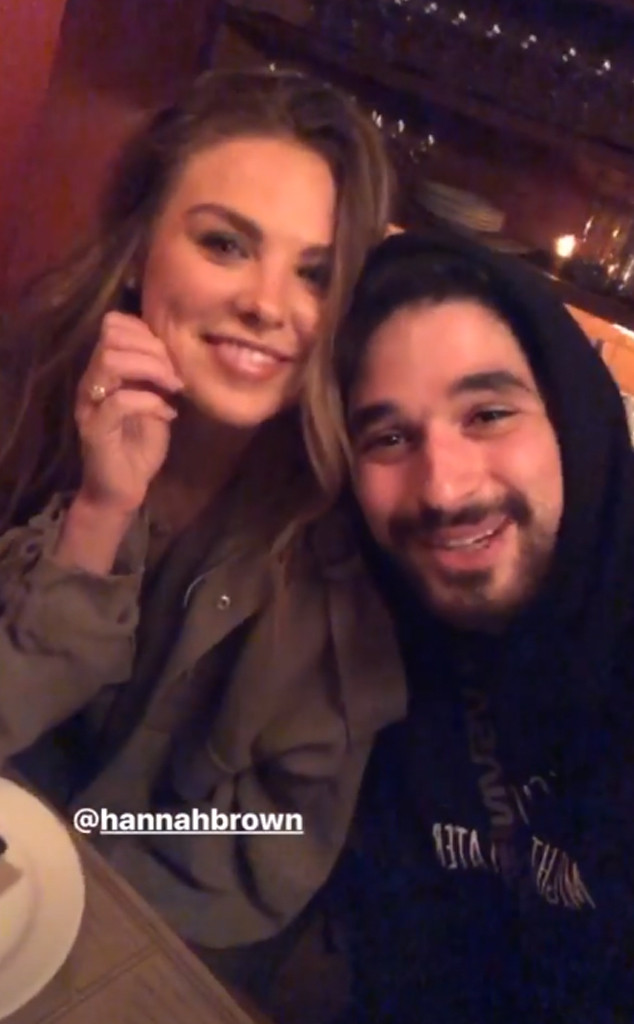 "I've barely have time to get paper towels" Brown continued. "I don't have time to date right now...I tried that. I actually dated 30 guys at one time. I don't know if you know this or not. I spent a whole year of my life trying to date and it still didn't work out."

She added, "I think trying to date 30 guys at one time is a tough thing to do."

The duo also appeared to be a couple at the 2019 CMAs last month, where they walked the red carpet together. Speaking with E! News ahead of the big show, Brown put the rumors the rest once again.

"I think our fans should focus on helping get a mirrorball trophy and that would just make us both very happy, if they want our happiness," she told E! News exclusively. "We have a great time together, we definitely have created a lasting friendship."

TAGS/ Hannah Brown , Dancing With The Stars , The Bachelor , The Bachelorette , Couples , Instagram , Celebrities , Top Stories , Apple News
GET POP CULTURED!
*Email entered incorrectly. Please try again.
By subscribing to our newsletter you agree to the Privacy Policy and Terms of Use
Daily
Weekly