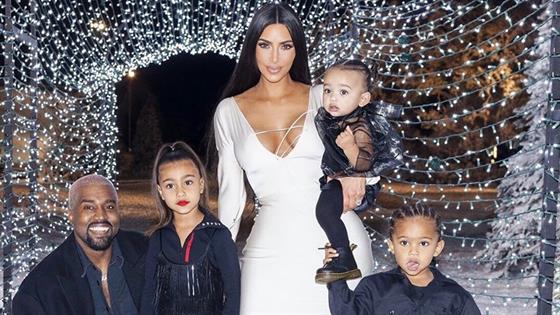 Kim Kardashian is opening up again about her pregnancy and fertility struggles, talking about going through IVF and revealing that she has had five surgeries to try to repair the internal damage she suffered during childbirth.

The 39-year-old Keeping Up With the Kardashians star and husband Kanye West have four children—North West, 6, Saint West, 4, Chicago West, 1 and 1/2, and Psalm West, 7 months. Kim gave birth herself to their two eldest kids and experienced severe complications. The youngest two were born via gestational surrogates.

In an Instagram video posted on Thursday, as part of her shapewear brand SKIMS' 2019 holiday campaign, featuring the personal stories of women and the causes they believe in, Kim talked about how she suffered from placenta accreta while delivering North.

This occurs when the organ doesn't come out upon delivery, as it has attached to the uterus' muscular walls instead of the lining of the uterine walls. It often results in severe bleeding and later, lesions and scar tissue within the uterus, which can cause infertility unless removed surgically.

"I had to have five different operations within a year and a half to fix the damage that all of that did on the inside," she said. 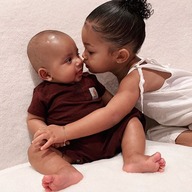 Kim has talked about her pregnancy and fertility struggles before, including in media interviews and on Keeping Up With the Kardashians.

Everyone has a story to tell. This Holiday Season, we’re giving our platform over to women whose stories inspire us and supporting the causes that inspire them. For me, ensuring families are together for the Holidays inspired me to support the Bail Project (@bailproject) and a charitable donation has been made by SKIMS in my name. Go to @skims Instagram to see the many women who have inspired me and the charities that we are donating to. Learn more at SKIMS.COM

In 2015, months before giving birth to Saint, Kim told C magazine she had "a couple little operations to fix" the damage done from the retained placenta condition, adding, "So that created a little hole in my uterus."

While her pregnancy with North was unexpected, trying to conceive again proved to be more difficult.

"After my daughter was born, I still continued to do the process of freezing my eggs," Kim said in her new video. "I was able to get pregnant through that with my son Saint, and then I had two embryos left."

Also during both of her pregnancies, Kim had preeclampsia, a rare complication marked by high blood pressure and swelling. If left untreated, it can lead to liver or kidney failure for the mother, and low birth weight for the baby due to lack of nutrients reaching the placenta.

"The only way to get rid of that is to deliver the baby. At 34 and a half weeks, I had to go into emergency labor—they induced me. North was 4 pounds. She was almost six weeks early," Kim said in her new video, echoing comments she made on her website in 2015.

Premature and induced labor can increase the risk of having a retained placenta.

Kim's high-risk and difficult pregnancies, and doctor's recommendations, led to her and Kanye to decide to use gestational surrogates to carry Chicago and Psalm for them. The women were implanted with the embryos made with the rapper's sperm and Kim's eggs.

"I asked my doctors, 'Can I do it one more time?'" Kim said in her new video, regarding the possibility of getting pregnant again after Saint's birth. "And they were like, 'We won't even put an embryo in you — that would be like malpractice.'"