Remember When Lindsay Lohan Was a Pop Star? 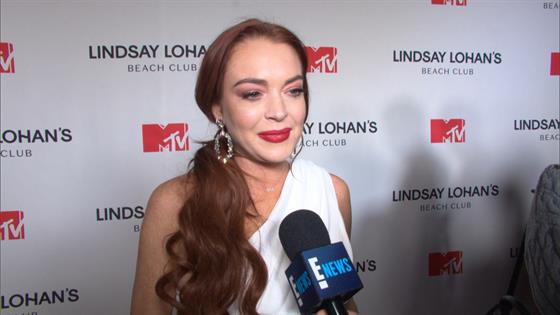 She'd parlayed her success in Disney-produced films like Freaky Friday and Confessions of a Teenage Drama Queen into true teen idol status with the release of Mean Girls, the Tina Fey-scripted box office smash that cemented the starlet as both a household name and paparazzi target. She was still a few years out from the string of personal problems and legal skirmishes that would derail her red-hot career in a way that she's, sadly, never managed to fully recover from. Feet firmly planted in the center of the zeitgeist and could do anything she wanted as her next move.

Naturally, it was time to record an album.

Now, the move wasn't without precedent. LiLo's then-rival (romantic and otherwise) Hilary Duff had already parlayed her Lizzie McGuire fame into a lucrative singing career, releasing her seminal singles "So Yesterday" and "Come Clean" a year prior. And it wasn't as though Lindsay couldn't sing. She'd already proven she could carry a tune with tracks that appeared on the soundtracks for both Freaky Friday and Confessions, spawning Radio Disney hits in both instances. And who could forget that iconic a capella performance of "Jingle Bell Rock" in Mean Girls? 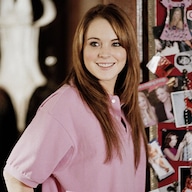 But the road to Speak, her debut album released 15 years ago today on December 7, 2004, wasn't the easiest. In fact, it was years in the making. An album was first teased almost four years earlier in a blog post on her now-defunct website llrocks.com where someone, presumably her mother Dina Lohan informed fans, "Lindsay is also interested in recording a pop album! It's been said that she sings as well as she does an English accent, so hang on fans, there may be a recording out by the end of summer 2001!" There was not.

(Also teased on the nearly two-decade old blog post? "Life Size 2? These is talk of a sequel. Stay tuned to LLROCKS.COM for updates!" Sadly, it would take 18 years for that to come to fruition and LiLo wouldn't have any involvement.)

After a five-album deal with Gloria Estefan's husband Emilio Estefan Jr., signed in 2002, came and went, Lindsay took matters into her own hands and, by April 2004, told MTV that she'd begun working on demos that she was hoping around to major labels. 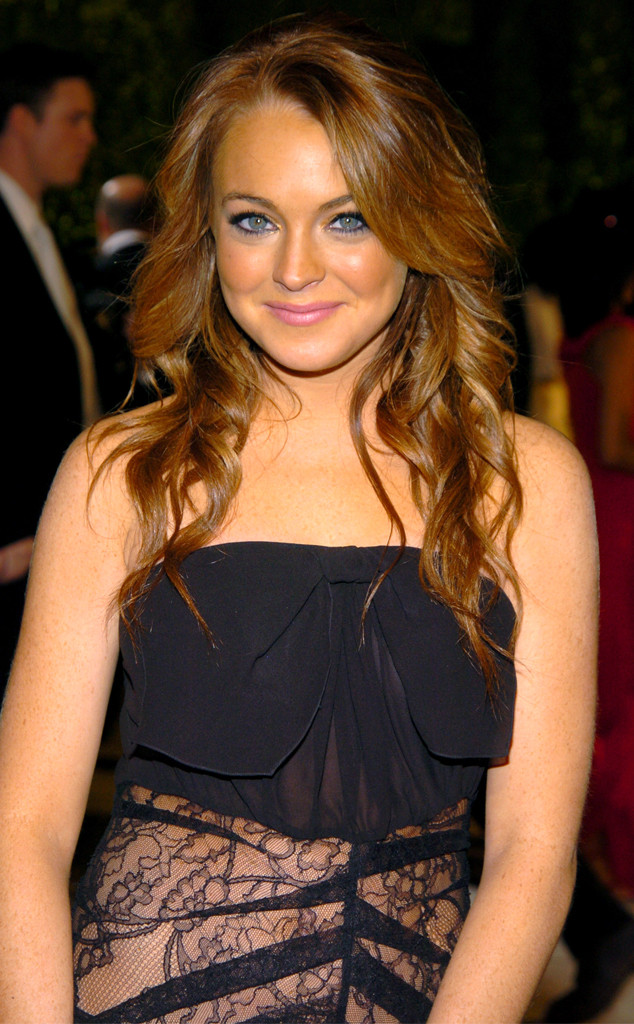 "I met with Jive, Universal and I spoke to someone at Bad Boy the other day, which would be kind of cool, but we'll see what happens," she said of the music, which she described as "somewhere along the lines of hip-hop and rock," adding, "I really enjoy singing and I really enjoy acting, [but] singing I've been doing since I was really young. It's just about finding the right material and the right kind of vibe that I want to go with. And I want to focus on my music career; I don't want to just do it and then toss it aside. I don't want people to be like, 'Oh, she thinks she can sing 'cause she is, like, in movies and stuff.'"

That July, it was announced that Tommy Mottola (the man behind Mariah Carey and Jennifer Lopez's careers) had signed her to his Casablanca Records, owned by parent company Universal Music Group, for what was described as "a long-term recording contract."

With powerhouse producers Kara DioGuardi and John Shanks enlisted to handle the lion's share of the writing, production on the album commenced almost immediately with an intended November release. The only problem? Lindsay also went into production on her next film, Herbie: Fully Loaded, in August, as well. 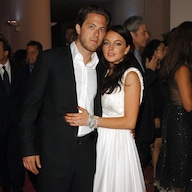 And that meant she was filming all day and recording all night, reportedly leaving herself with only three hours of sleep a day, which, of course, meant that days after the music video for lead single "Rumors" (still a complete and absolute bop) was released, production on both film and album came to a screeching halt when, on October 21, Lindsay had to be rushed to Cedars-Sinai Medical Center for exhaustion.

Five days after successfully being treated for a "febrile illness," as her publicist described it in a statement, complete with headaches and a fever of 103 degrees,  she was released from the hospital and returned to set to continue both filming and recording the album, which had already been pushed to a December 7 release.

"I was overtired and working myself to death," Lindsay told Jane magazine in late November. "When you're young, you think you can just keep going and going." 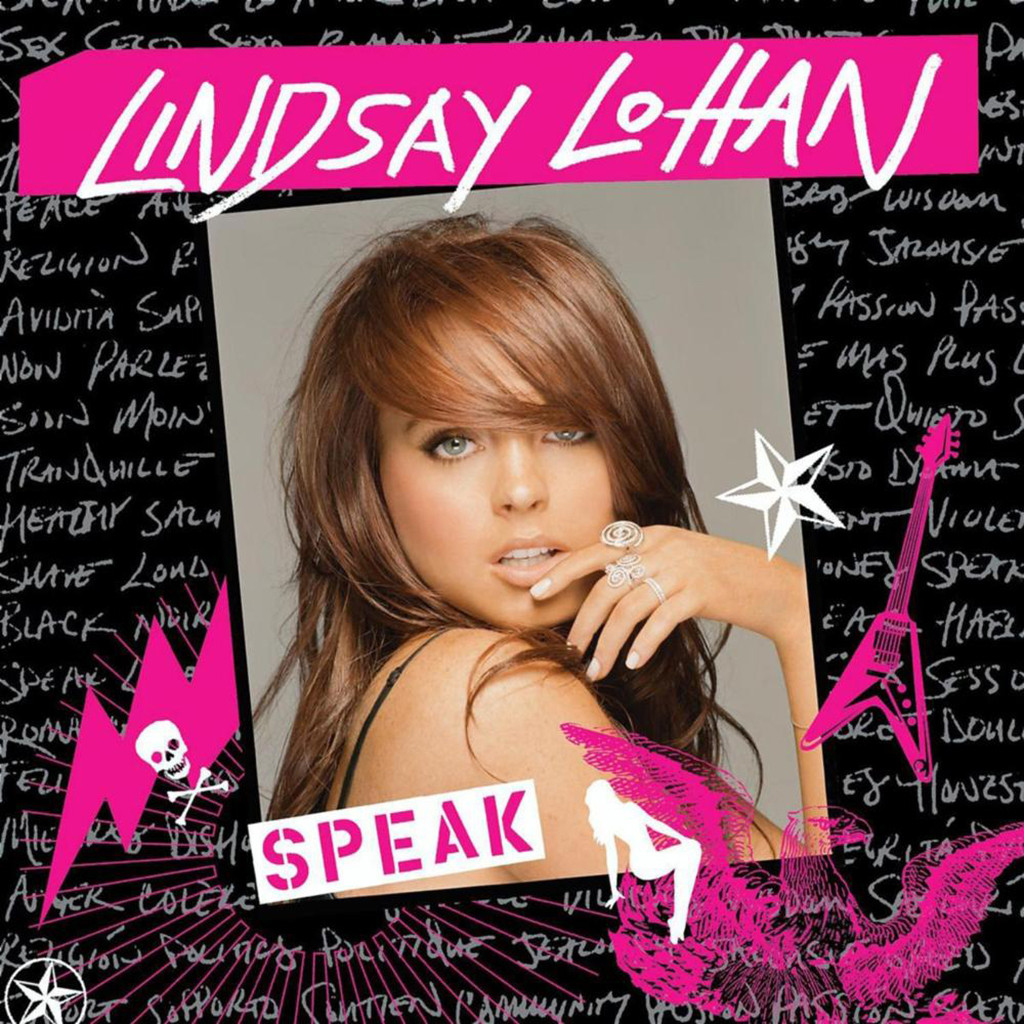 She was able to get the album finished, however, and upon its release, Speak entered the Billboard 200 at No. 4, its peaking place, and sold over 260,000 copies in its first week. Remaining on the chart for 24 weeks, it eventually crossed the 1 million copies sold mark and was certified platinum in the beginning of 2005, but not everyone loved the album.

Entertainment Weekly gave Speak a "C," calling it a "grab bag of derivative, low-carb rock songs" that must've had Avril Lavigne, "whose influence is clearly at work here...rolling her eyes." And Rolling Stone gave it two out of five stars, noting that it "shuffles between drab adult pop and rock-disco mush" and "isn't much more than a mannered cash-in." 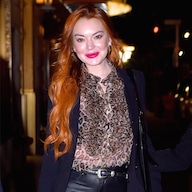 While Lindsay never toured for the album, she did immediately get to work on a follow-up. Initially titled There's Only One Angel in Heaven, she released A Little More Personal (Raw), an album that intended to live up to its title with darker material than its predecessor, two days shy of Speak's one year anniversary. While lead single "Confessions of a Broken Heart (Daughter to Father)," written as a letter to dad Michael Lohan, who'd been jailed after surviving a car crash that resulted in a DUI charge, became her first and only song to ever chart on the Billboard Hot 100, peaking at No. 57, the album only debuted (and peaked) at No. 20, with first-week sales of just 82,000 copies. It was eventually certified Gold, which meant sales of 500,000, but it was clear that the public had cooled on the idea of Lindsay Lohan, pop star.

A third album was put into motion in late 2007, just as the well-documented troubles in LiLo's life began creeping in and taking over, resulting in the single "Bossy"—another true bop—in May 2008. By the end of the year, though, she'd admitted that the album had stalled.

Over a decade later, in June of this year, it was reported that Lindsay, in the middle of another attempted comeback that included (inexplicably) a beach club in Mykonos, a one-and-done MTV reality show and a stint as judge on the Australian version of Masked Singer, had re-signed with Casablanca, though all that's materialized from that is the single "Xanax," which she debuted on Instagram in late September before mysteriously deleting the post.

While the world waits to see what happens next here, we'll always have the memories. And the "Rumors." Because that song still absolutely slaps.