Rihanna, Tom Cruise and More Stars Show Up and Show Out at the British Fashion Awards 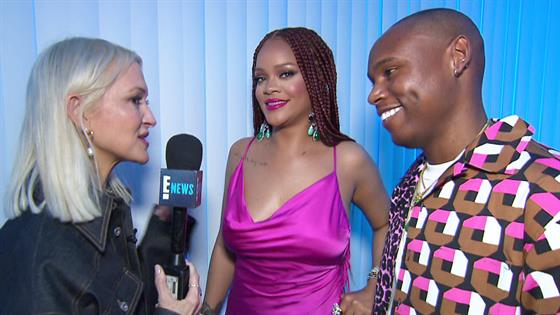 While our favorite celebrities didn't really need an excuse to get dolled up on a Monday, the British Fashion Awards were in full effect. And everyone from Rihanna to Julia Roberts to Winnie Harlow pulled out all of the style stops for the grand occasion, which was held at the Royal Albert Hall in London, England.

Even Tom Cruise made a rare public appearance at the star-studded ceremony.

Of course, the special event is not only a place for celebrities to show off their gasp-worthy lewks on the red carpet, but the awards ceremony honors the best of the best in British fashion.

This year, the industry's finest designers are nominated, including Alessandro Michele for Gucci, Simon Porte Jacquemus for Jacquemus, Riccardo Tisci for Burberry and so many others. In fact, Rihanna has already nabbed her first-ever British Award for her luxury fashion label, Fenty.

According to the I Am Fashion account, the 31-year-old star's brand took home the trophy for Urban Luxe Award. 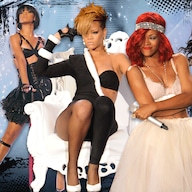 The Ultimate Ranking of Rihanna's 14 No. 1 Singles

And while we're sitting on the edge of our seats to find out who leaves with an award, we're also swooning over the whimsical, over-the-top fashion that graced the red carpet. So if you missed out on seeing your fave stars don fierce numbers, E! News has you covered.

Scroll through our gallery below!

From RiRi's icy blue cocktail dress and sheer coat to Shailene Woodley's larger-than-life gown, these fashion pieces will have you clutching your pearls. 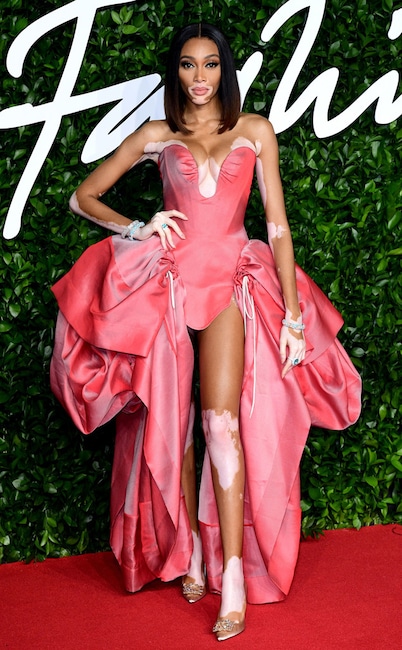 The model, who is also nominated at the ceremony, makes a grand entrance with her vibrant fashion piece. She's wearing Andreas Kronthaler for Vivienne Westwood. 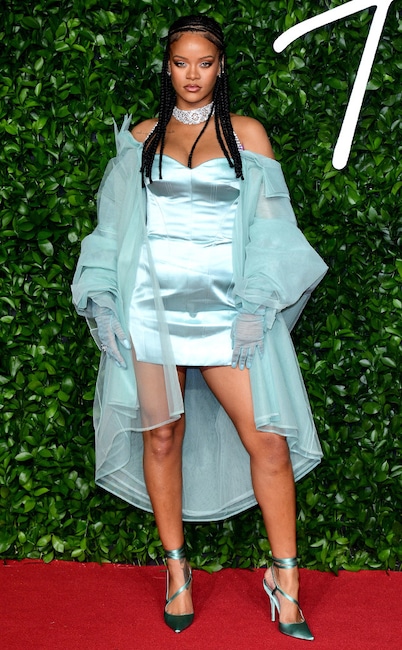 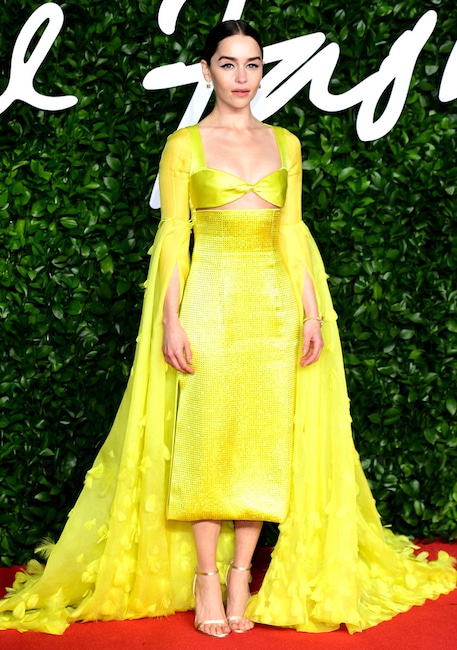 The Game of Thrones star looks like a ray of sunshine with her zesty yellow Schiaparelli gown. 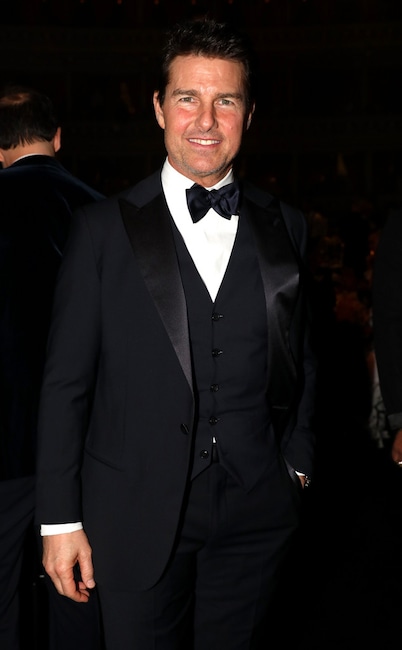 The iconic actor makes a rare public appearance at the star-studded ceremony. 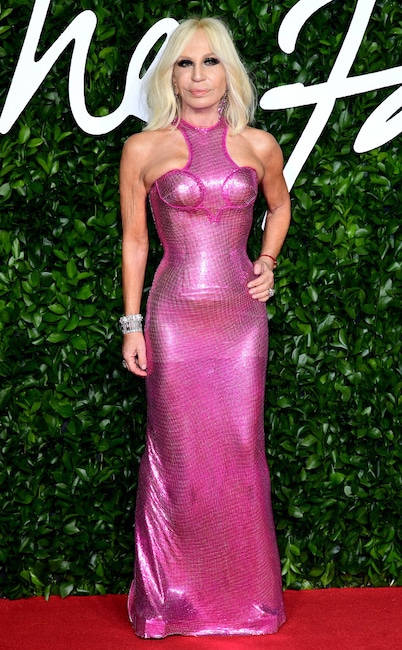 Think pink! The fashion legend adds a splash of color to the red carpet with her vibrant pink dress. 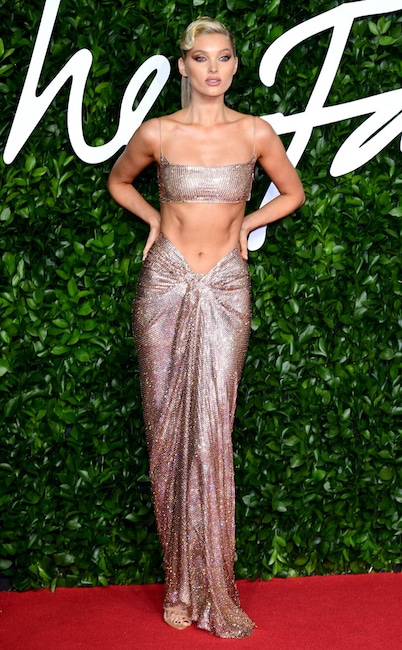 The 31-year-old supermodel looks like a gilded goddess with her sexy beaded two-piece ensemble by Celia Kritharioti. 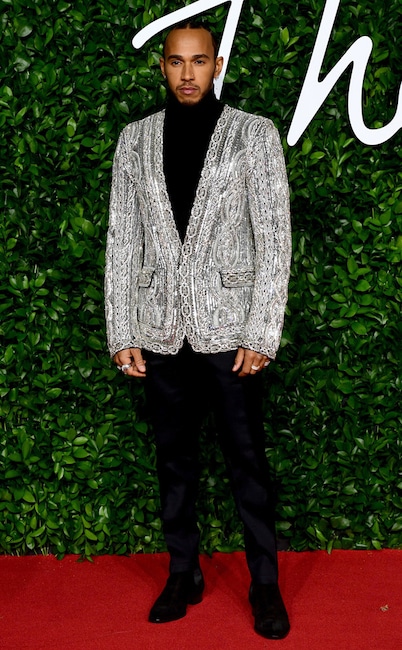 The Formula One driver steals the show with his silver jewel-encrusted blazer. 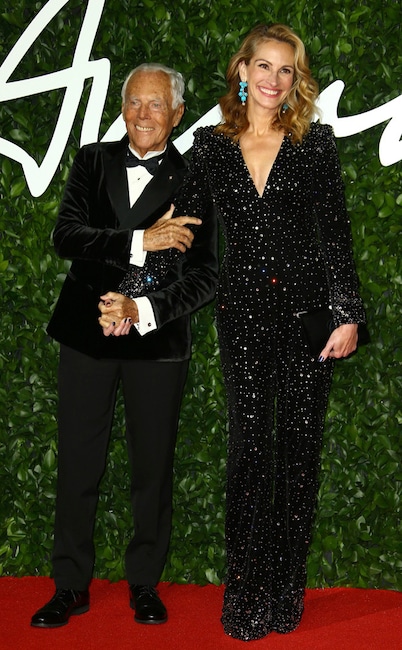 Roberts lights up the red carpet with her sparkly black jumpsuit by Armani Privé and famous million-dollar smile. Her blue drop-earrings and old-Hollywood waves are a chef's kiss. 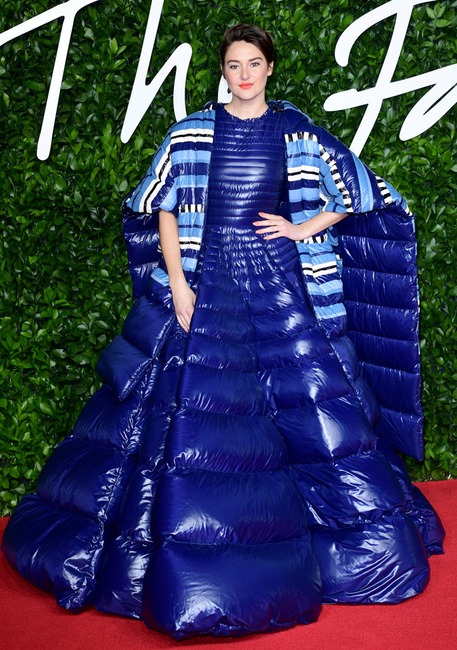 Is the Big Little Lies actress hiding something underneath her larger-than-life gown? We'll never know. But her Moncler by Pierpaolo Piccioli design is truly a sight to see. 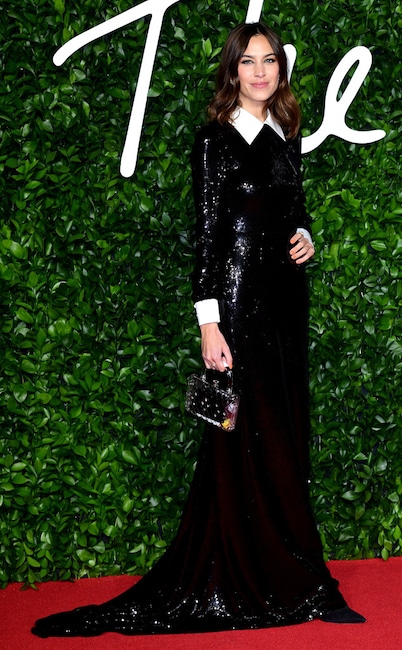 The 36-year-old star puts a modern twist on the tuxedo dress with this very sparkly and elegant version. 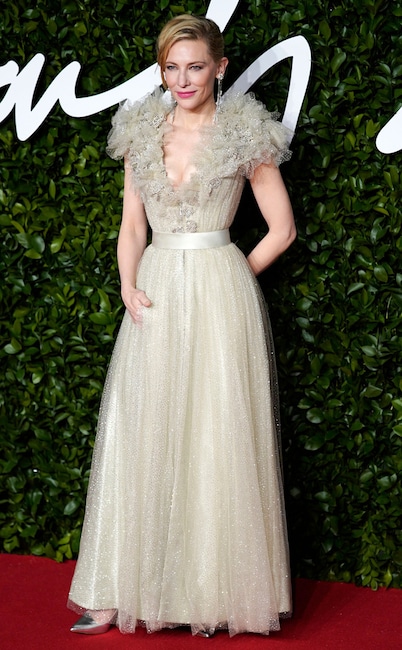 The Carol actress brings a fashion fantasy to the awards ceremony with her Armani Privé design. 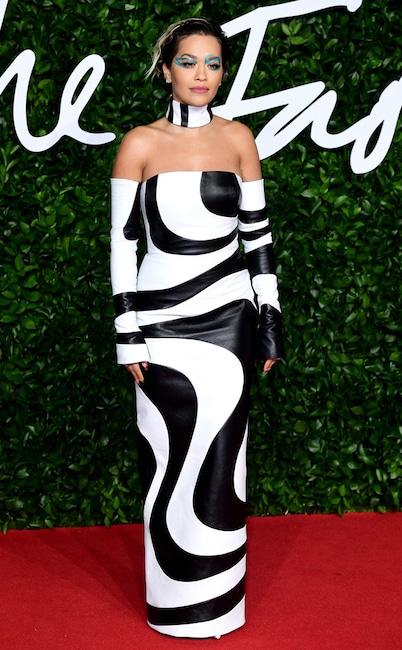 The "Ritual" songstress wears an optical illusion dress by 16Arlington to the British Fashion Awards... and dare we say, were are hypnotized? 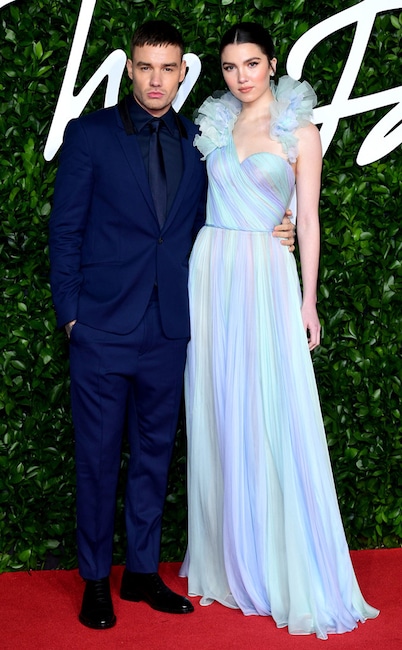 The couple that's committed to fashion together, stays together. The former One Direction member looks dapper in a navy-blue suit, however, his girlfriend's rainbow-colored gown takes the cake. 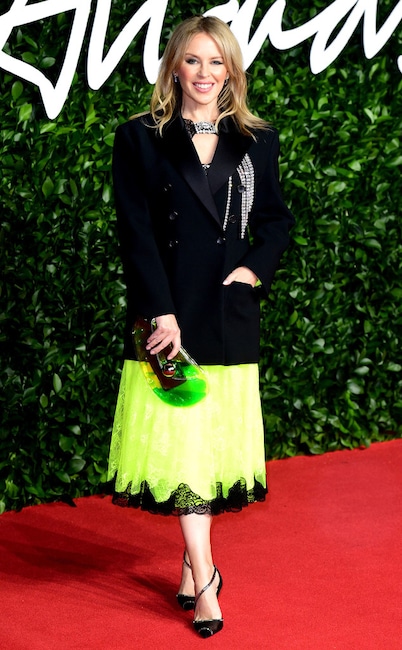 One word: wowzers. The iconic singer brings fun and flirty fashion to the star-studded event. 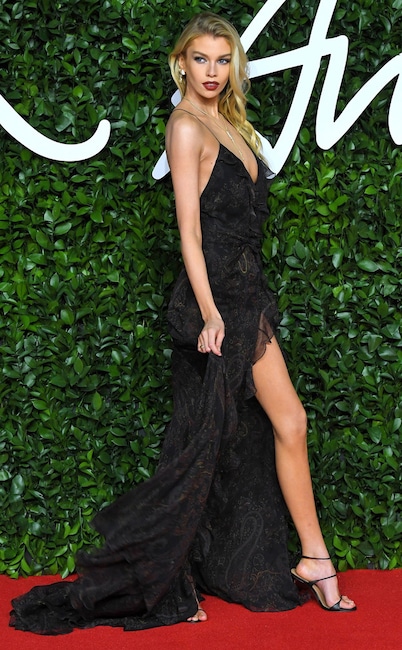 Strike a pose! The supermodel serves bawdy and face in a spaghetti strap black gown. 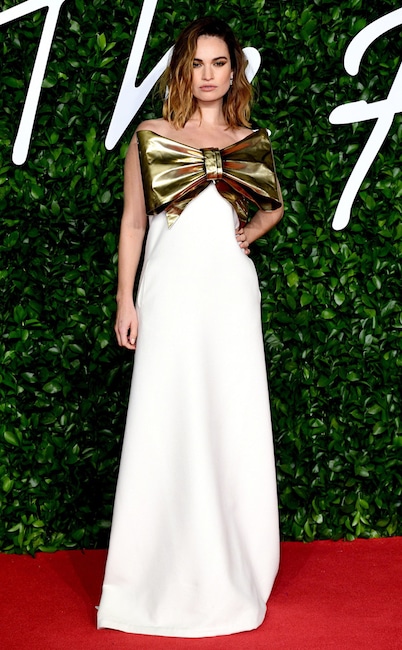 The Yesterday actress' presence is a gift, especially with the massive gold bow that sits atop her Valentino dress. 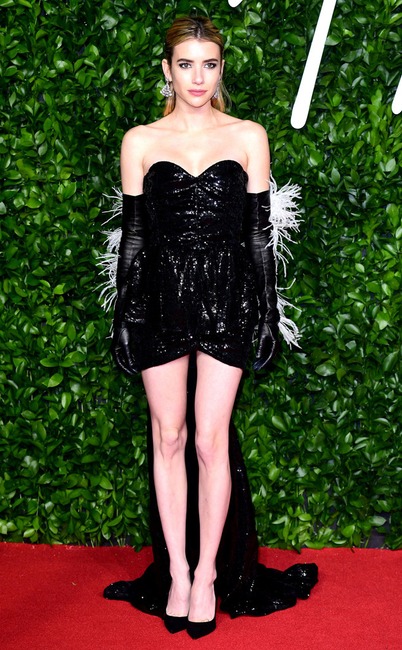 Now, that's a little black dress! The American Horror Story star gets flirty and festive with her shimmery black and feather-adorned dress by Attico. 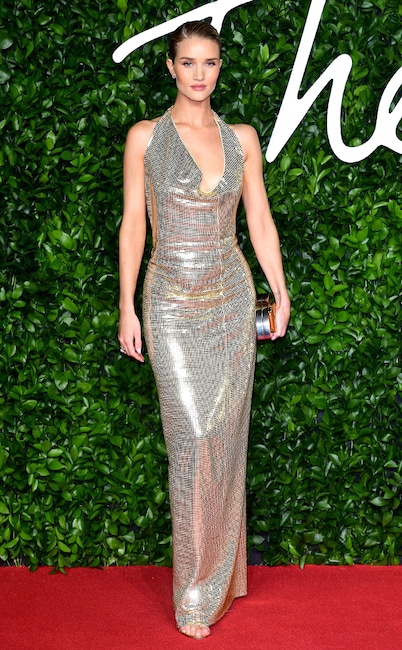 A silver siren! The legendary model's flashy fashion piece really knocks it out of the park. 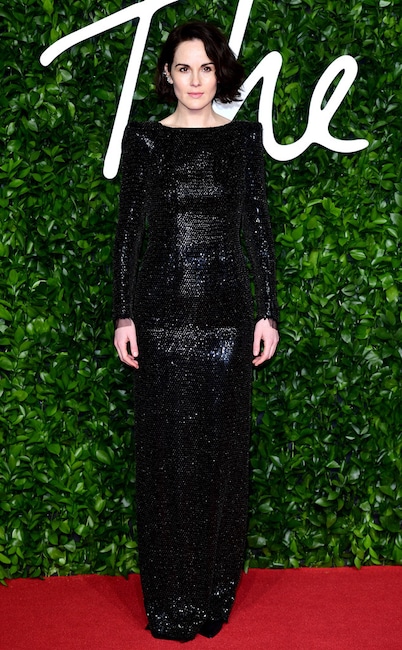 Sometimes, less is more! And Michelle's simple, yet striking piece is proof! 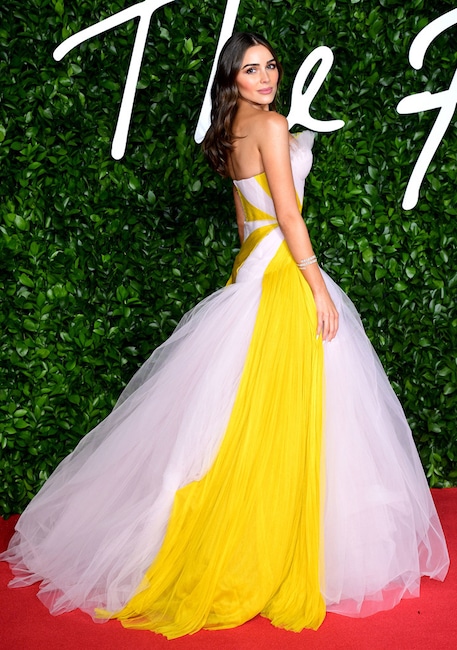 The influencer brings whimsy and playful fashion to the red carpet with her princess-styled ballgown by Ralph & Russo. 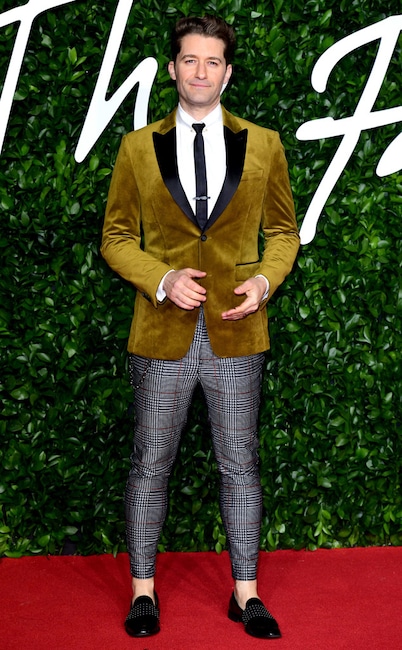 Morrison brings festive and fun fashion to the red carpet with his marigold velvet blazer and plaid-printed pants. 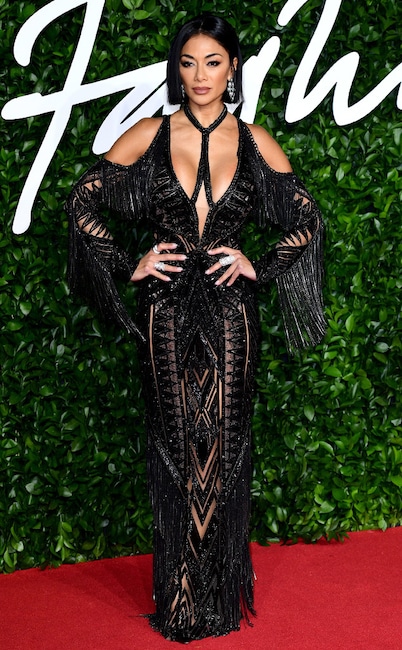 The Pussycat Dolls singer goes bold for the star-studded event with her daring black number by Julien MacDonald. 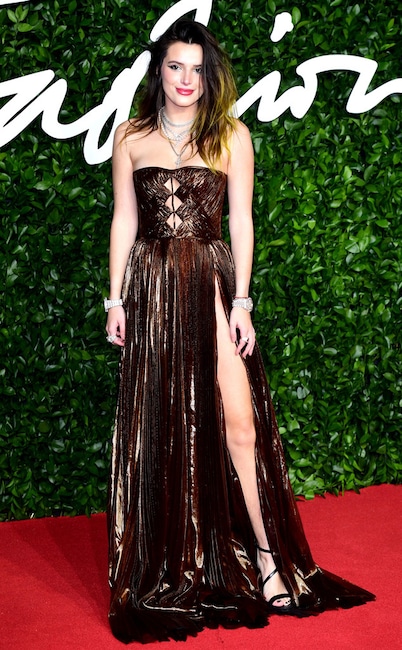 The makeup mogul dazzles in a metallic bronze-colored strapless gown at the awards ceremony.