On Sunday, Lori Loughlin's 20-year-old daughter and former social media influencer Olivia Jade Giannulli posted a new, edited YouTube video, her first since her parents were indicted in connection with a massive college admissions scandal more than eight months ago, and currently face trial and potential jail sentences. The footage shows her sitting in a bedroom and calmly addressing the elephant in the room...without actually talking about the elephant in the room.

"Hi everybody, it's Olivia Jade. Welcome back to my YouTube channel," said the YouTube star, who has more than 1.9 million subscribers on the social media network. "Obviously, I've been gone for a really long time and as much as I wish I could talk about all of this, it's really hard for me to say this, just because I know that it's something that needs to be addressed..it's just, unfortunately, which is also why I didn't know exactly when I should come back to YouTube, but the reason for that is just because I'm legally not allowed to speak on anything going on right now."

Olivia Jade grappled with the idea of returning to YouTube.

"A part of me is like, should I come back to YouTube right now, 'cause it's been so long and I actually really, really miss it," she said. "Like, I genuinely miss filming. I feel like a huge part of me is just not the same because this is something that I'm really passionate about, it's something I really like to do. But I also didn't know, I debated for like, seven or eight months, like, well if I can't talk about it, is there a point in coming back, and not being able to say anything? I want to come back because I want to come back."

"There's no point in me just talking for 10 minutes of the camera about how I wish I could say something when I really can't, so I'm gonna leave it at that," Olivia Jade added. "Thank you so much for your patience or if you've stuck around for nine months just waiting. I really appreciate it. This is the best I can do and I want to move on with my life...not trying to be in a selfish way...but it's so hard 'cause I'm not trying to like, make this about me or like, how I've been, because it's not the point of this."

She continued, "Although I am terrified to make this video and to come back. I know that I also want to start taking smaller steps in the right direction for...people that have been DMing and asking me...moral of the story is, I've missed you guys so much and I am just really excited to start filming again and to start uploading...I really hope you enjoy the vlog."

The video also includes a written message from Olivia Jade that reads, "Thank you for watching. I'll see you soon."

In March, Lori and husband Mossimo Giannulli were indicted for allegedly paying $500,000 in bribes to have Olivia Jade and now-21-year-old sister Isabella Giannulli admitted to the private University of Southern California (USC) as recruits to the crew team, even though they are not rowers. Lori and Mossimo have pleaded not guilty and await trial. If convicted, they could face up to 60 years in prison. 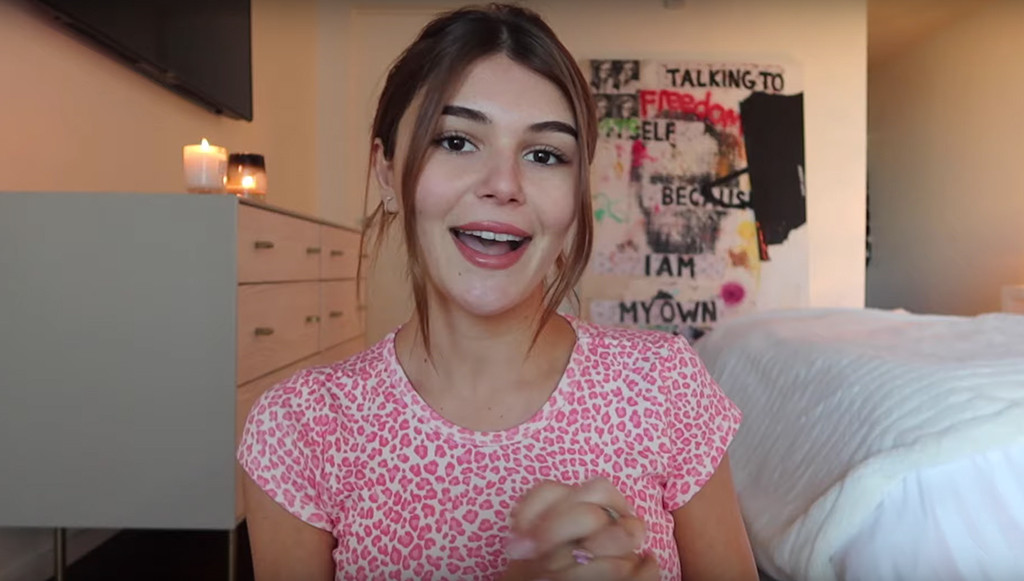 After their indictment, the couple's daughters left USC. Also after the indictment, beauty chain Sephora ended a partnership with Olivia Jade and removed products from their makeup collaboration with her from their website.

Lori and Mossimo are among 51 people indicted in what federal authorities have called a $25 million racketeering scheme to help rich Americans get their children into elite colleges. Last month, actress Felicity Huffman served 11 days in federal prison after pleading guilty to mail fraud in connection with the scandal.