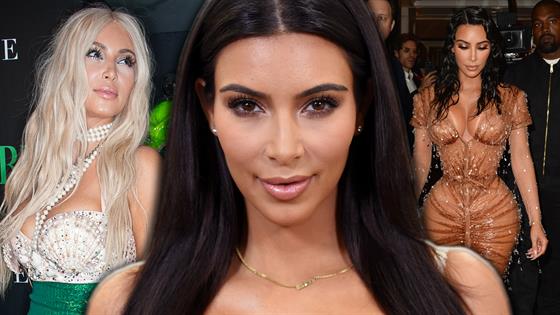 A Kim Kardashian throwback, but make it fashion.

Kim K just took a stroll down fashion memory lane in a new video for Vogue. In the 14-minute clip, the reality star peruses through a book of her 21 most iconic looks from 2006 to 2019. And we're not just talking her most fashion-forward moments. No, the star breaks down some of her most "cringeworthy" ensembles, and even some looks she was judged harshly for but has grown to love.

First up was a throwback to before Keeping Up With The Kardashians was even a thing. Looking over a shot of her and bestie Paris Hilton carrying matching massive Louis Vuitton purses, the beauty mogul shared, "This is literally one of my favorite, most iconic looks."

As she continued, "Those bags, I still have those bags. And one thing, Paris does not take care of her purses, so if you see what's inside of her bag, there's a million things from every kind of makeup, lashes, just everything. It's like a pharmacy inside of her bag. So, I would not let her put anything inside of this bag."

As the beauty mogul revealed, "So, it is an empty bag that she's carrying. Fun fact."

The next two looks were Kim's least favorite in the entire book. The first was a shot of herself arriving at the KUWTK season one premiere party in a red dress, heavy makeup and wild hair.

As the mother of four quipped, "Obviously, it's cringeworthy, but like, I still respect it and laugh and think, 'Oh my God, that's so cute. I was so clueless.' This was probably one of my worst looks of life."

The next look was a sweater dress with a Fendi belt and Fendi boots. Overall, the star can't stand the look, but as she shared, "Anytime I could go to an event, I would, 'cause I just wanted my picture taken. That's all that mattered to me."

The SKIMS creator then broke down some more of her memorable fashion moments (anyone remember her Juicy sweatsuits phase?) before eventually landing on a photo from her very first Met Gala.

Fans of the 39-year-old will remember the Riccardo Tisci for Givenchy dress that covered her then-pregnant body head to toe in flowers. It was much ridiculed at the time, producing a lot of memes, but as Kim revealed, there was an all-black version of the dress she wanted to wear originally. But Anna Wintour herself requested the floral, so floral it was. 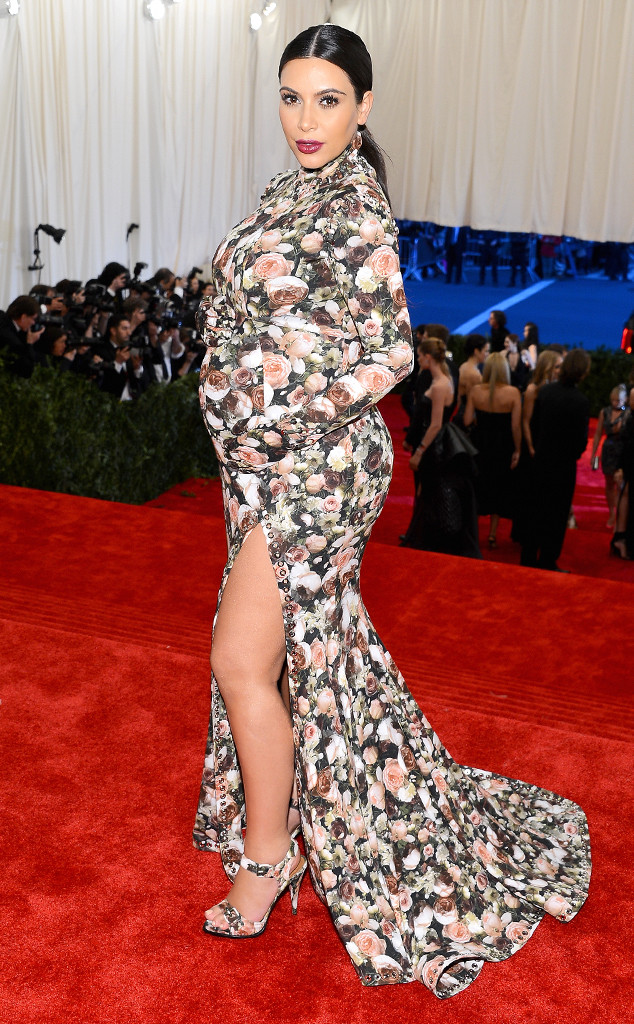 As Kim reflected, "On the car ride there, I remember [Kanye West] saying, 'You look so beautiful, I'm so happy for you.' He was so happy. And then, I was crying, like, the whole way home because I just couldn't believe it. There were all these memes about me and this couch, and I think Robin Williams even tweeted it and said I looked like Mrs. Doubtfire. It was this whole thing, so I just, like cried. Now, I love it. Like now, it's sick. I look back and I'm like, 'Wow, they had the vision. This is sick.'"

While the internet trolling cut her deep at the time, she now looks back and remembers the seal of approval she got from one particular Hollywood duo.

Finally, the last look was her 2019 Met Gala dress by Manfred Thierry Mugler. The star has gushed over her collaboration with the iconic designer throughout this year, but she took this moment to add, "The fact that I was able to work with him, I mean. Such a dream come true."

Check out the full video to see which Yeezy looks she loves the most!