From Friends to Modern Family, Check Out the Funniest Thanksgiving TV Episodes

Before your holiday feast gets underway, we are looking back at the funniest Thanksgiving television episodes ever.

These are the shows that we keep coming back to year after year because they are just that good!

Friends created some of the most iconic Thanksgiving episodes ever. From "The One with the Rumor" featuring Jennifer Aniston's then-husband, Brad Pitt, to "The One With All the Thanksgivings" in which Monica (Courteney Cox) unforgettable dons a Turkey on her head, there are so many great options to choose from.

But, our list wouldn't be complete without including memorable episodes from shows such as Modern Family, Fresh Off the Boat and Brooklyn Nine-Nine. Get ready to laugh out loud at these hilarious shows!

And don't worry, we also made sure that oldies-but-goodies from The Office, Gilmore Girls and Boy Meets World made the list. After all, what would Thanksgiving be without a little nostalgia? 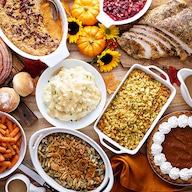 Check out our full list of TV's funniest Thanksgiving episodes below. 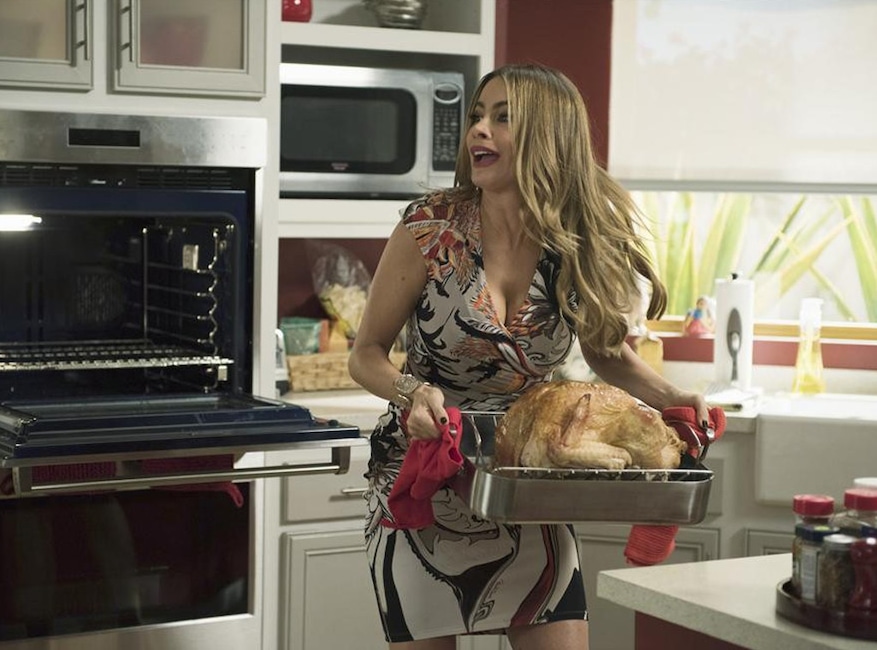 Season six's "Three Turkeys" is pretty much Modern Family at its best. Jay and Gloria want to spend it alone, so they don't tell the fam that their trip has been canceled, which results in some extreme hijinks when everybody else wants to have dinner at their house anyway. Any time Phil and Luke are paired together is brilliant, and it's even better when it all ends with the entire family together. 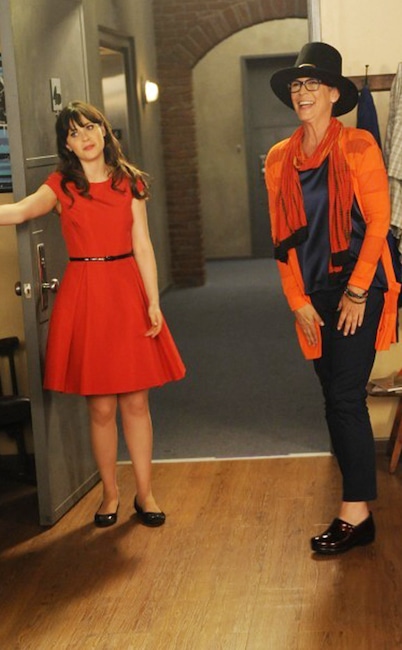 The season two episode "Parents" featured Jamie Lee Curtis and Rob Reiner as Jess' parents, who she was desperately trying to Parent Trap with a complicated schedule of Thanksgiving dinners. It's a classic episode, made only better by those guest stars. 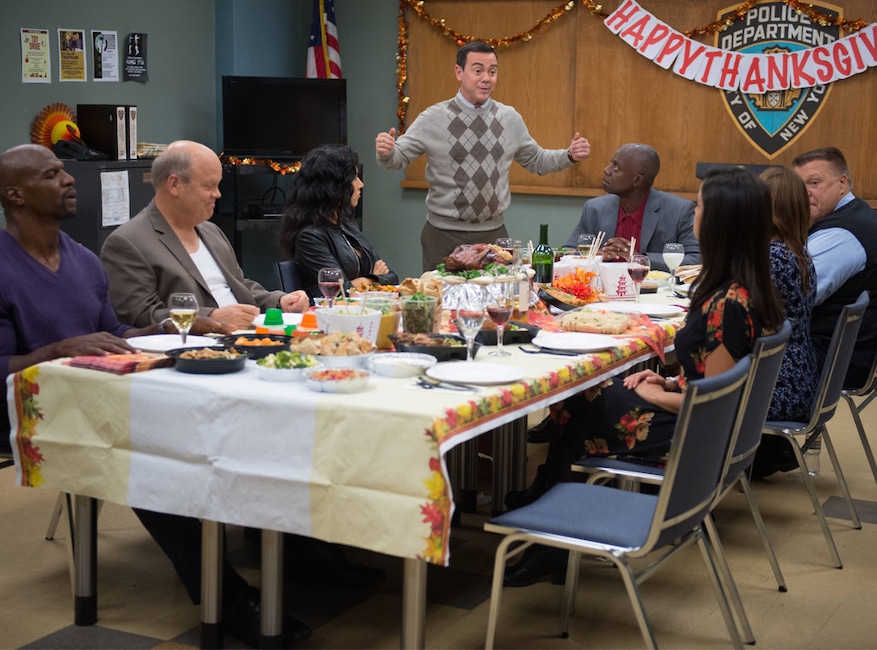 The Nine-Nine does Thanksgiving every season, but the first one, the one titled "Thanksgiving," may sum up the squad the best. Amy (Melissa Fumero) plans a huge Thanksgiving dinner only so she can give a toast to Captain Holt (Andre Braugher) about how much he means to her, but Holt and Jake (Andy Samberg), who hates Thanksgiving as part of his serious daddy issues, have to leave for a case, and everyone else is left with an entire dinner made with baking soda instead of salt, sending a hungry Terry (Terry Crews) into hysterics. It's insane and magnificent, as always. 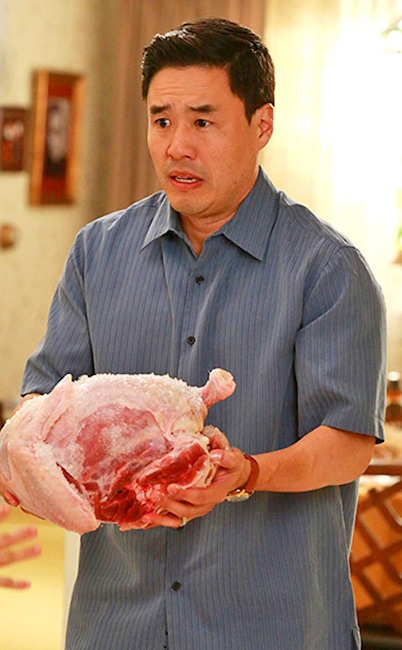 Fresh Off the Boat

The Huangs' first Floridian Thanksgiving back in season two was a glorious mess, thanks to sabotage from Jessica's sister and some very much alive cornish hens. Turkey also cannot be cooked with a hair dryer, but Jessica tried her best, and it's a delightful watch. 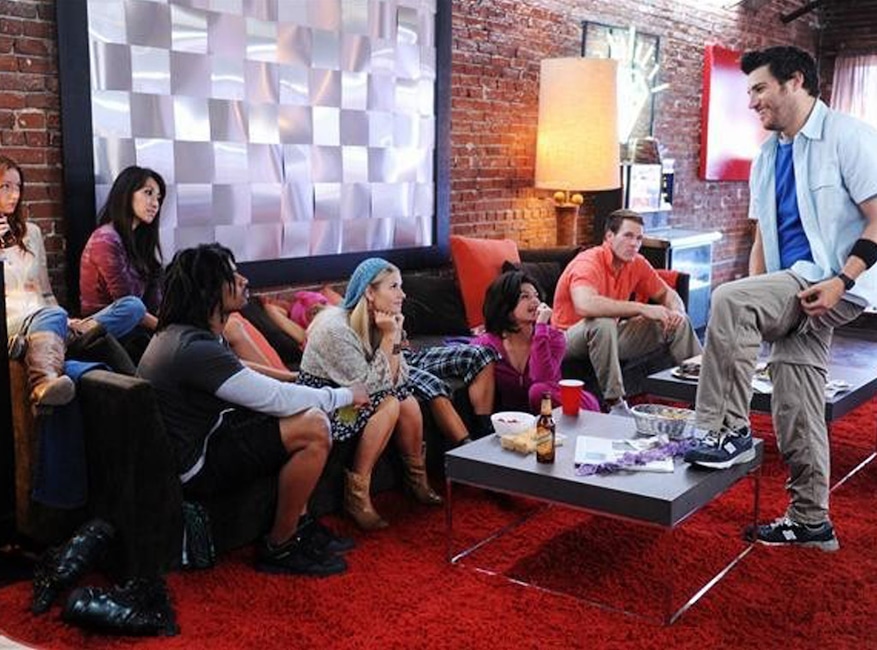 Who doesn't love an an origin episode? In "More Like Stanksgiving," the Happy Endings gang recalled how they all met after Max (Adam Pally) found the lost season of The Real World he was on with Brad (Damon Wayans Jr.) 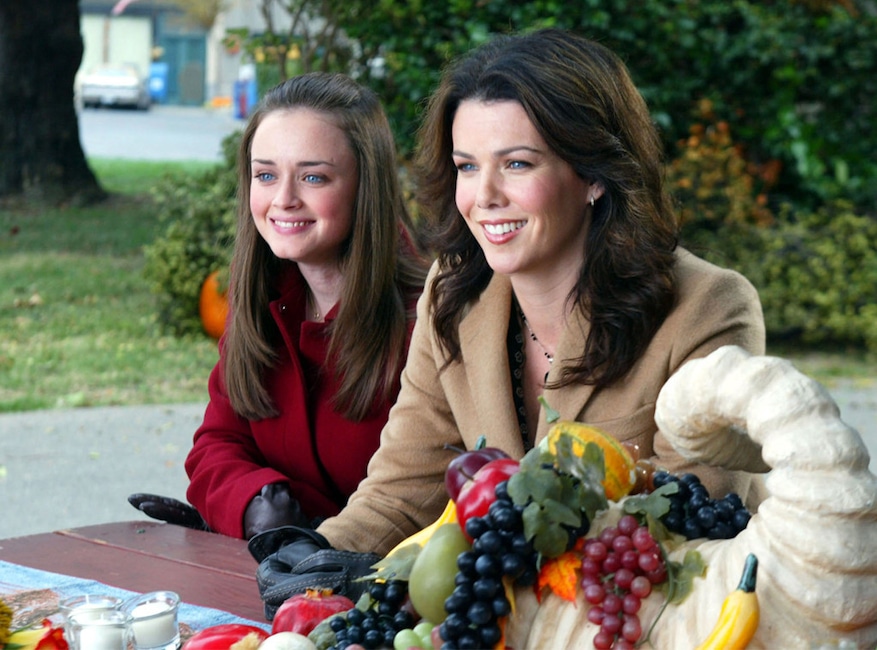 In the season three episode "A Deep Fried Korean Thanksgiving," Lorelai (Lauren Graham) and Rory (Alexis Bledel) must balance four different Thanksgiving dinners: Richard and Emily's, the Kim's, Luke's and Sookie's. Hijinks naturally ensue, but Gilmore Girls does what it does best here and balances the comedy with tender, dramatic moments. 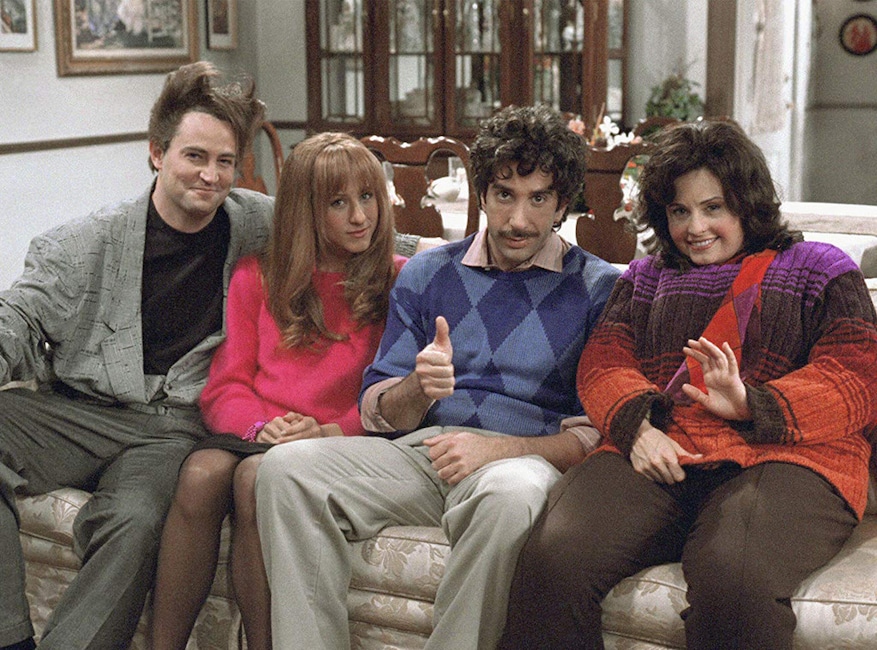 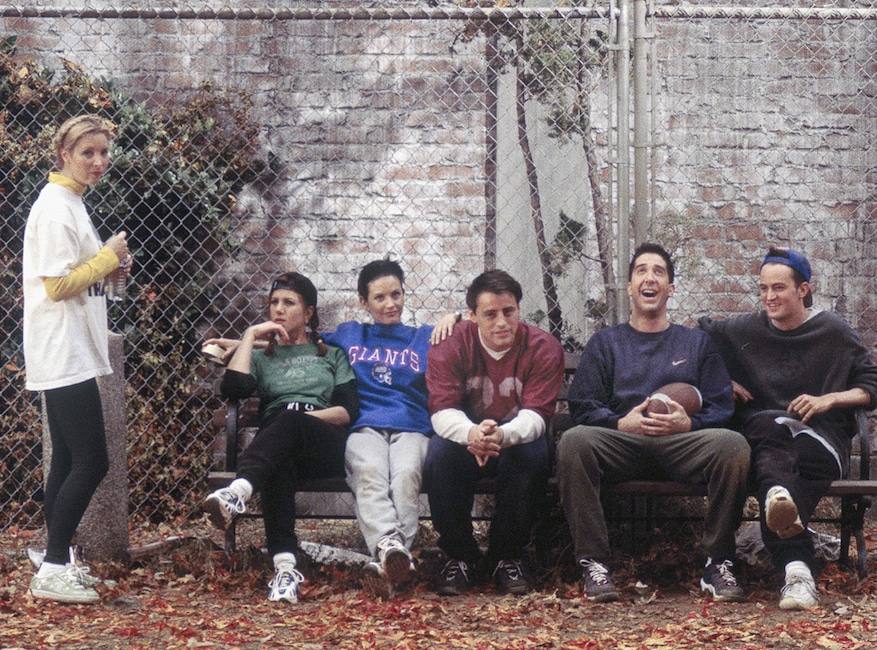 The Geller competitive nature was out in full force in the season three classic "The One With the Football." Just looking at that picture you can play the entire episode in your head, can't you? 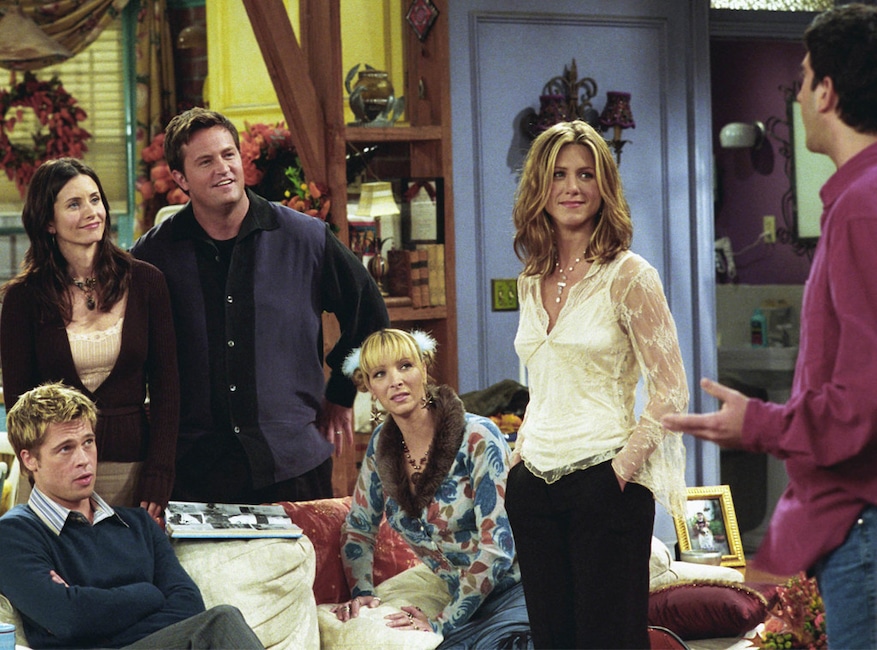 Another unforgettable Friends Thanksgiving episode is "The One with the Rumor." Who can forget when Jennifer Aniston's then-husband, Brad Pitt, made an appearance as Will Colbert who hilariously reveals that he and Ross co-founded an "I hate Rachel" club in high school? 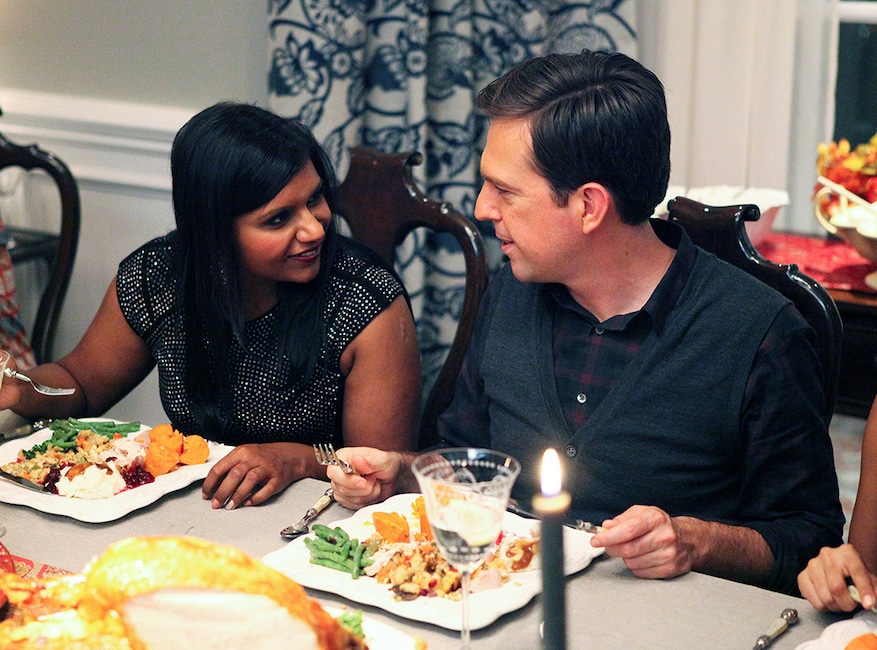 Oh Mindy! The title character (Mindy Kaling) attends a friend's Thanksgiving in Connecticut only to awkwardly run into her former blind date, Dennis and his new girlfriend in this season one episode. 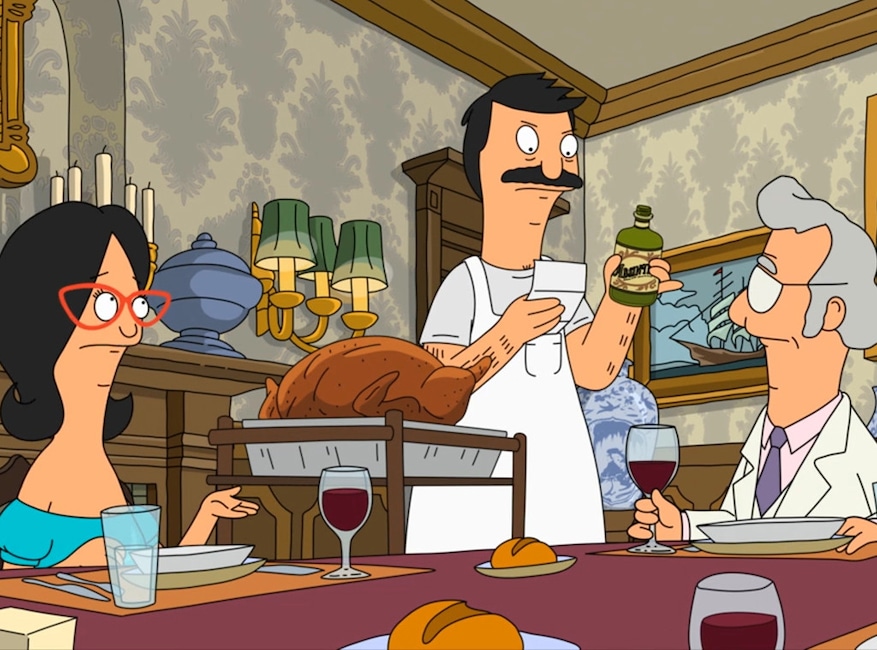 Like Friends, Bob's Burgers is all about Thanksgiving episodes. The show's first Turkey Day episode, "An Indecent Thanksgiving Proposal," featured the Belchers (sans Bob) pretending to be Mr. Fischoeder's family. Obviously it wasn't as simple as that, it's Bob's Burgers, things go awry in the best way possible. 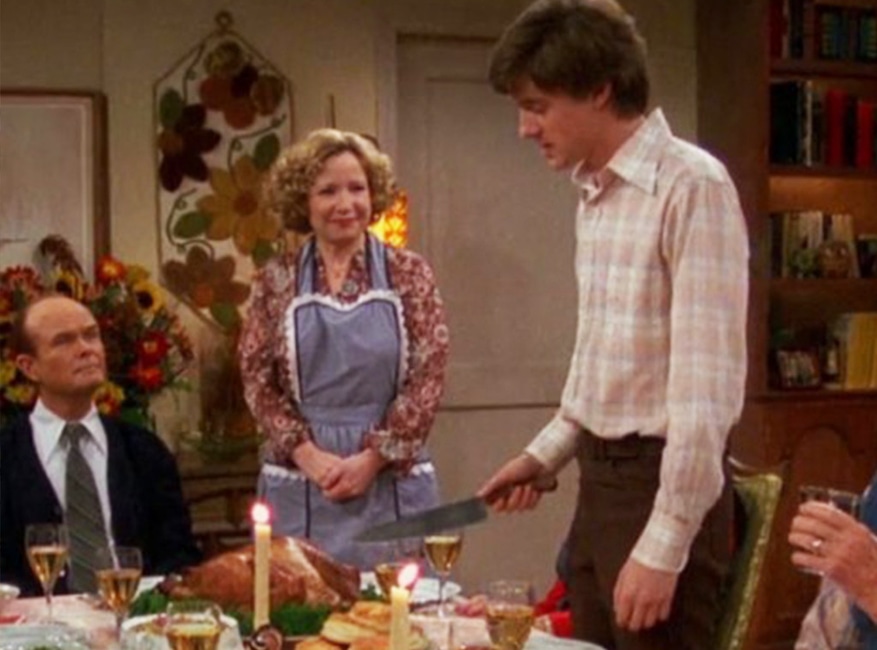 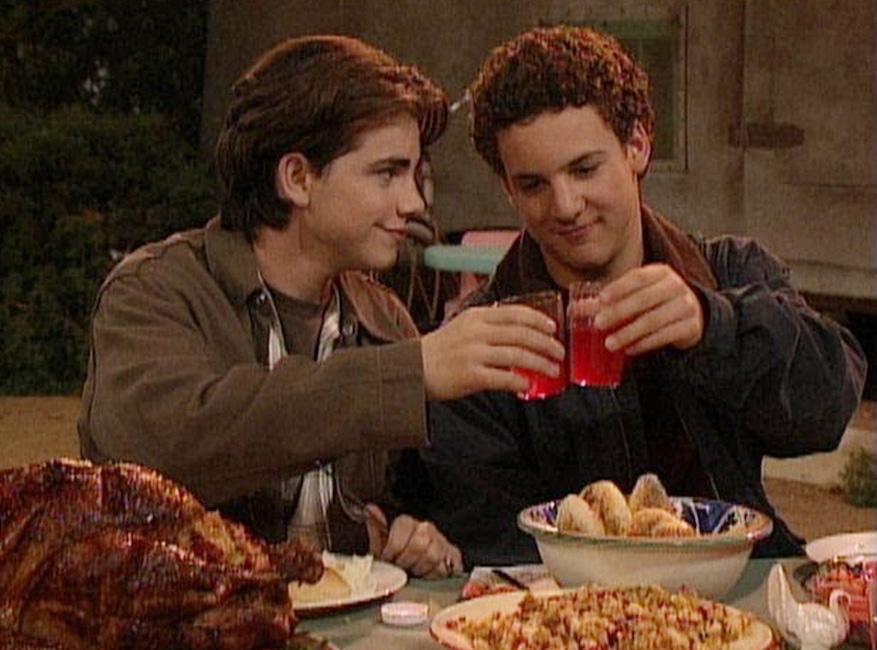 In "Turkey Day," a fourth season episode of the TGIF fan-favorite, Shawn (Rider Strong) and Cory (Ben Savage) attempt to have a joint Thanksgiving at the Hunter family's trailer, but things with their parents quickly deteriorate. However, when the parents see the kids treating each other with kindness and respect, they realize that because they come from different social classes doesn't mean they can't associate with each other. It's a message of tolerance in a typical Boy Meets World lesson-learning fashion. 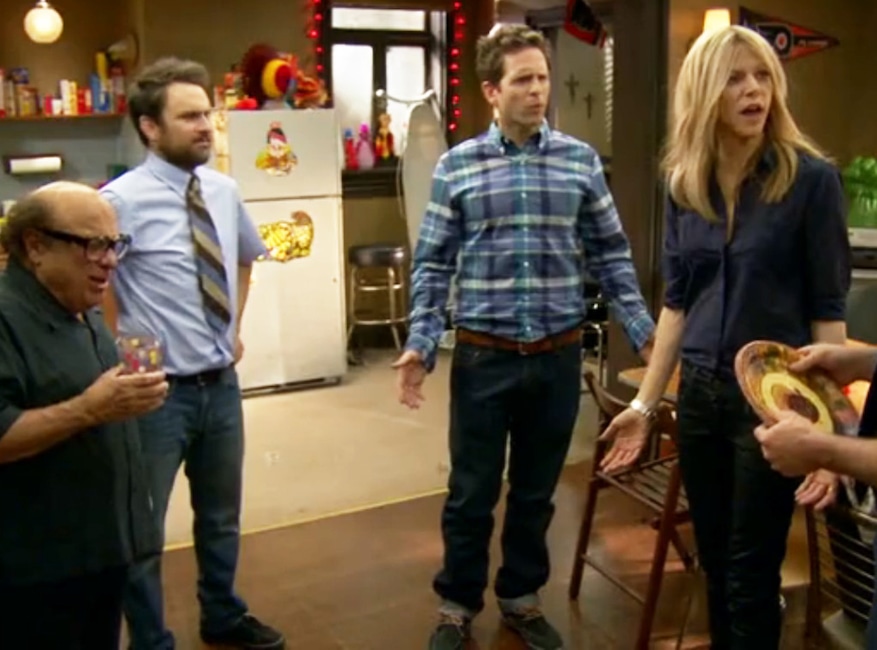 It's Always Sunny in Philadelphia

Does anything ever go as planned on It's Always Sunny in Philadelphia? In "The Gang Squashes Their Beefs," the lovable, yet terrible, Paddy's Pub folks gather their enemies over in an attempt to rectify the past nine seasons of awful behavior. Obviously it doesn't go well. 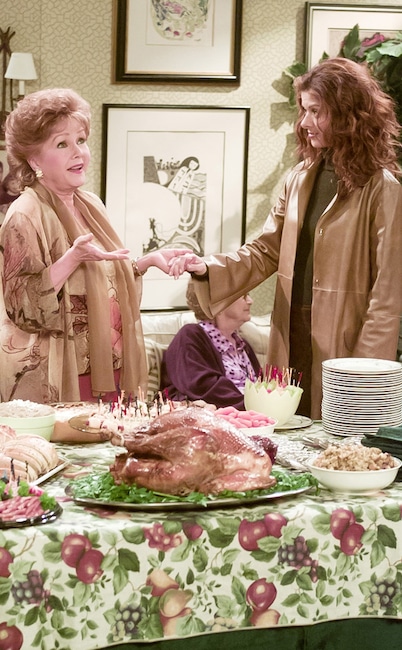 Will (Eric McCormack), Grace (Debra Messing), Jack (Sean Hayes) and Karen (Megan Mullally) decide they want to spend Thanksgiving together in this fourth season episode. But, they all have their own holiday obligations so they hatch a plan to spend on hour at each place rather than separating. 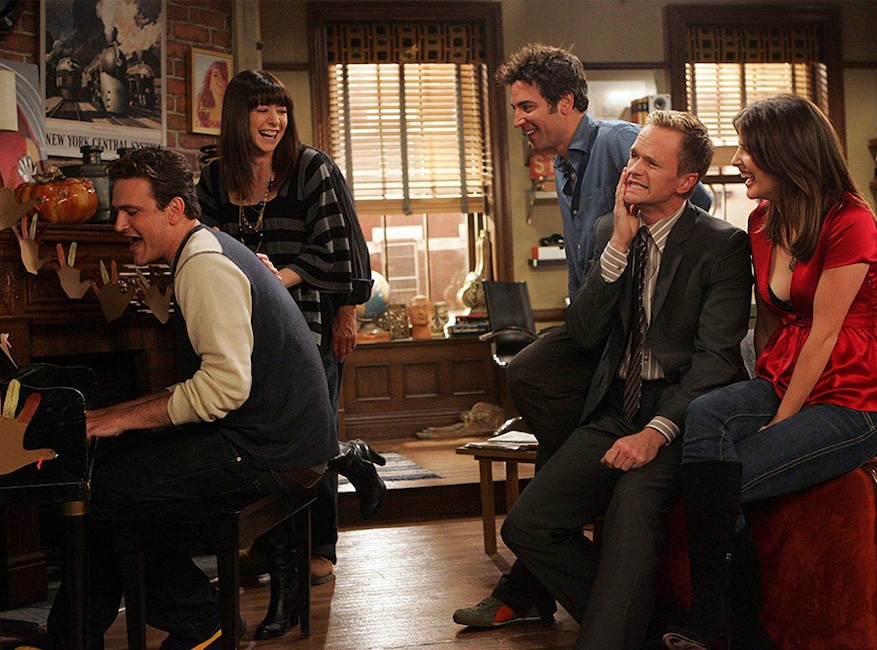 How I Met Your Mother

How I Met Your Mother's "Slapsgiving" is legen—wait for it—dary. The sitcom's third season episode features Marshall (Jason Segel), after winning a bet, use his newfound ability to slap Barney (Neil Patrick Harris) five times. 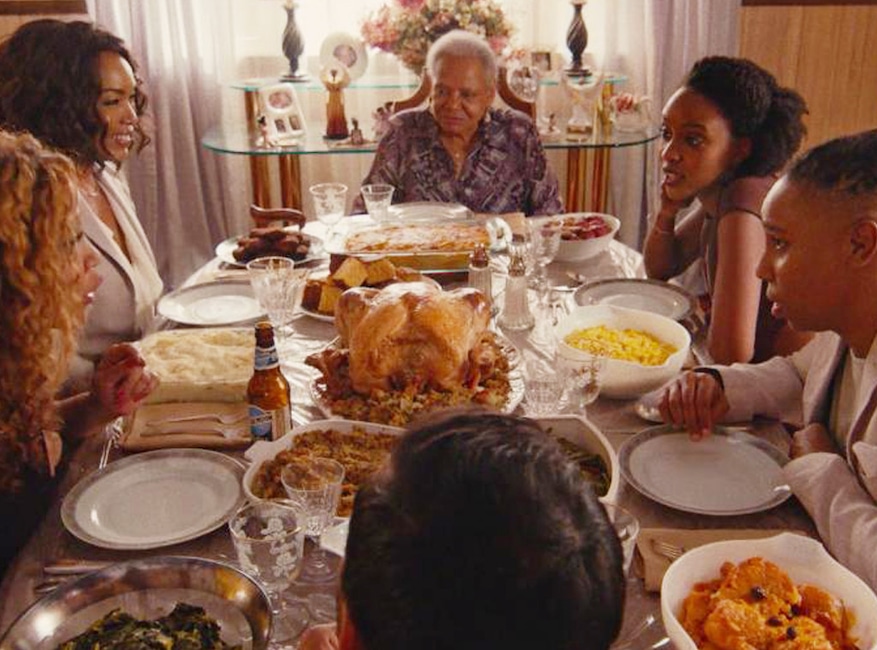 Not your typical hilarious Thanksgiving episode, but Master of None's "Thanksgiving" sure was memorable. The installment from season two of the Netflix comedy written by Aziz Ansari and Lena Waithe charted Denise's coming out story over the course of several family dinners. The episode won an Emmy for writing, rightfully so. Plus, Angela Bassett turns in a great performance. 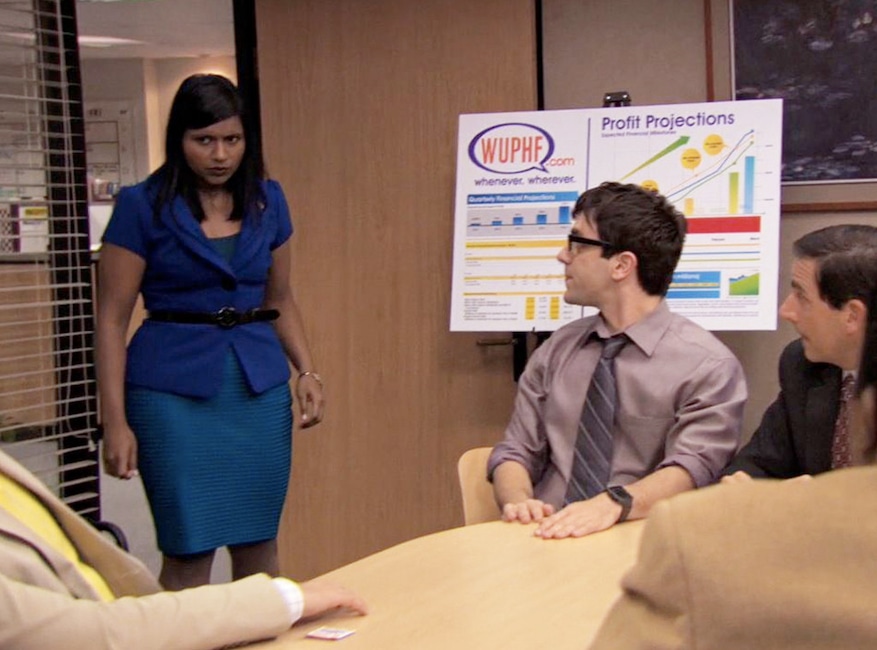