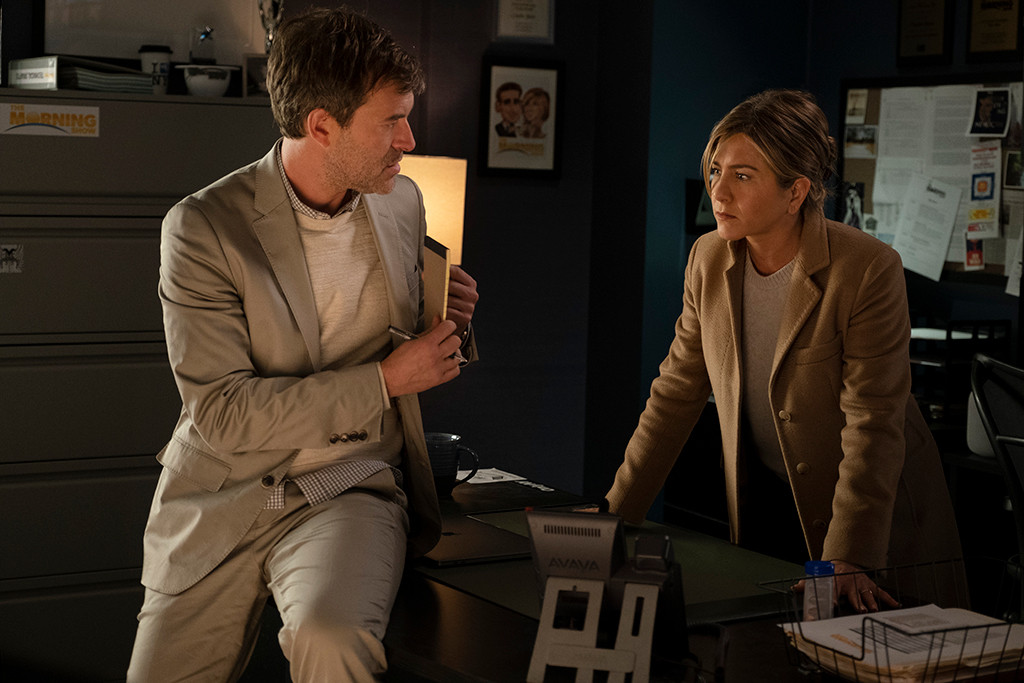 Believe it or not, we're already halfway through the first season of The Morning Show.

Apple TV+'s flagship drama has already given us countless moments of Jennifer Aniston brilliance, as well as plenty of things to talk and argue and wonder about. Critics have given the show a score of 64% on Rotten Tomatoes, while the audience score is at a 94%, and the show has definitely made a splash.

According to star Mark Duplass, the second half of the season is even better.

"What I will say is that 100%, the back half of the show is better than the front half of the show," he told E! News at the HFPA Golden Globe Ambassadors announcement party. "And you see the master-crafting of the writing more than anything, about everything they've set up, and paying it off."

Duplass says there are twists in store as the show plunges ahead.

"I think there's a lot more plot twists in terms of like, who does what, and in particular, who knows what," he says. "I think it's very interesting in the way the story plays out. And you know, I remember reading the scripts and feeling like this is a little more emotional than I kind of expected it to be. There's a lot of business in the front half of the season, and people being busy and trying to do things and trying to get them done. And the second half is much more personal and emotional." A major piece of the show is adjacent to the #MeToo movement, as Steve Carell's character Mitch Kessler was fired in the first episode for accusations of sexual misconduct.

Mitch has continued to be a part of the show and has taken part in multiple conversations about the movement and its affect on men in the entertainment industry, mostly with other men including Duplass' character. Duplass says he can't be sure of how the show's exploration of #MeToo lands until after the season is done.

"I haven't been fully tracking what the message is and I probably won't until the season's over, and see how it lands," he said. "But I think that, you know, if there's anything I hope people take away from tis, it is just, remember that this is a show that is led by women, and this is their vision of how they have been made to feel. And it may just be their side of things, but I think that if we're gonna do a #MeToo show right now, thank f--king God it's led by women." 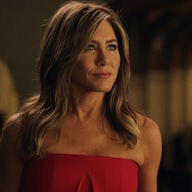 Duplass says that perspective was one of his biggest concerns, and one of the biggest reasons he signed on.

"The big concern for me was, how do you get this story right without being too safe? And the answer at the end of the day for me was like, well this is a set that is predominantly led by women, so this is gonna be their view of how they have felt inside the patriarchy. And my job, as one of the dudes who looks like the patriarchy, is to express how these people have made them feel," he said. "And so I really had to shut up and listen, and take the words in and express it. And that was really fun for me, because I spend a lot of my time as a generator and a creator, I think. And my job here was to be an interpretive artist of this person that they have dealt with for many, many years." 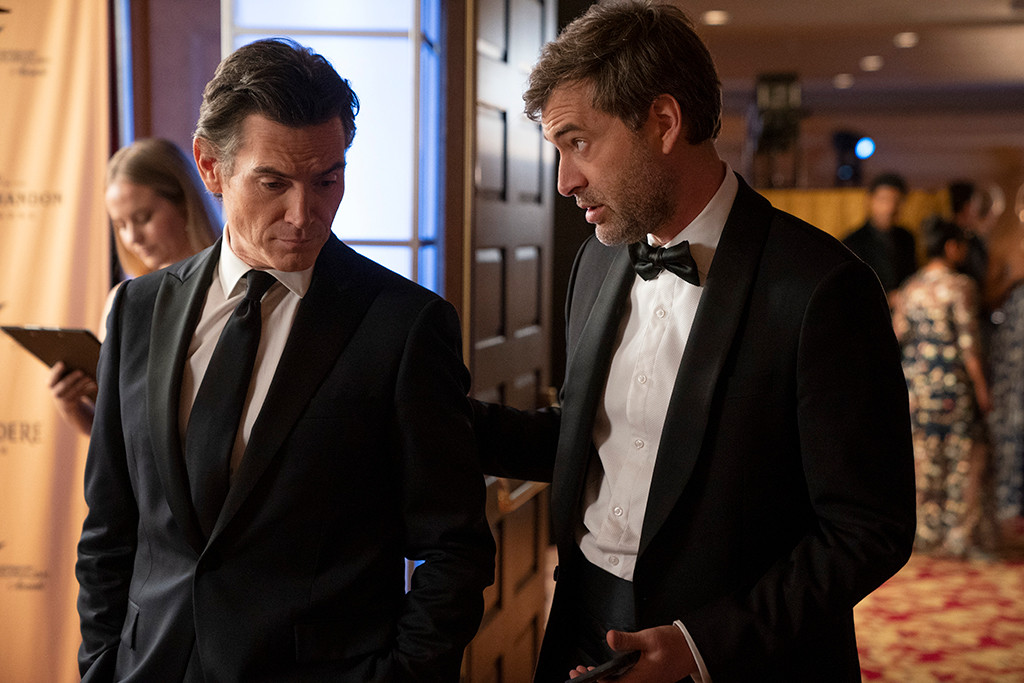 Duplass also, naturally, was thrilled to work with Jennifer Aniston.

"Let me be totally candid. I've met some big movie stars before and most of them are guarded, because the world wants things from them and they have no choice. But Jen is an open, pure soul, and a beautiful, loving person. And we have a deep connection, and you start start to see it more as the show goes on, and I think we're going to lean more into that in season two. And I just really feel, like honestly, so f--king lucky at this stage of my life to be able to share screen time and find a new friend and see someone at her position in the industry doing what she's doing. It's just rare, you know?"

Duplass was around for Aniston's Instagram-breaking debut on the platform, and he's equally impressed by Jen's social media skills.

"She's doing a very good job. I feel like she's keeping it minimal. She's keeping it special. I think we're all kind of like, what's gonna be next? Oh, a puppy dog, oooh! Clyde's here! Clyde's here!" he said with a laugh. "That's the beauty of Jen. She needs to join Instagram because she's launching a show that is launching a network, but she also finds her own way to do it that's sweet and organic, and that's…that's the power of Jen."

The Morning Show is currently streaming on Apple TV+, and new episodes go up every Friday.