Now Playing
Up Next
Aaron Carter Describes His Deadly Drug Use

Aaron Carter was recently treated in a hospital in his native Florida, as he continues to struggle with personal issues that have raised concern among his fans.

The 31-year-old pop singer and former child star posted on his Instagram page on Thursday a photo of himself lying on a hospital bed, hooked up to an IV. Aaron geo-tagged the pic Ascension Sacred Heart Emerald Coast, a medical center in Destin, Florida.

"Mommas gonna take care of me," wrote the singer, who lives in Southern California.

E! News has learned that Aaron is exhausted from a hectic schedule and needs rest for a few days.

Hours earlier, Aaron posted a throwback photo of himself performing on stage, writing, "To be yourself in a world that is constantly trying to make you something else is the greatest accomplishment. - My Mom is back. #Manager."

His mom, June Carter, had initially managed his and brother Nick Carter's music careers. "I'm handlin socials for my son till he recoverers... -mamma jane," read a tweet posted on Aaron's Twitter page.

Aaron recently posted on Instagram Live a video of him driving through Florida at night with his mother and several pugs, including puppies. while he appeared to be in a jovial mood, he said he had a stressful day and expressed concern about his physical health, saying he weighs "12 pounds" and that his mom plans on feeding him three meals a day.

"Finally I can go to sleep at night and feel comfortable," he added.

At one point, he has his mom stop at a McDonald's for him and ordered two cheeseburgers, a Big Mac with no pickles, a Coke and an M&M McFlurry.

Also several hours before he shared the pic of him in the hospital, he wrote on his Instagram Story, "I'm so tired of women wasting my time. I deserve more."

This past summer, Aaron and Lina Valentina split after dating for a year. The split was ugly; the singer soon obtained a partial restraining order against his ex, who he claimed had "physically assaulted" him on "several" occasions. 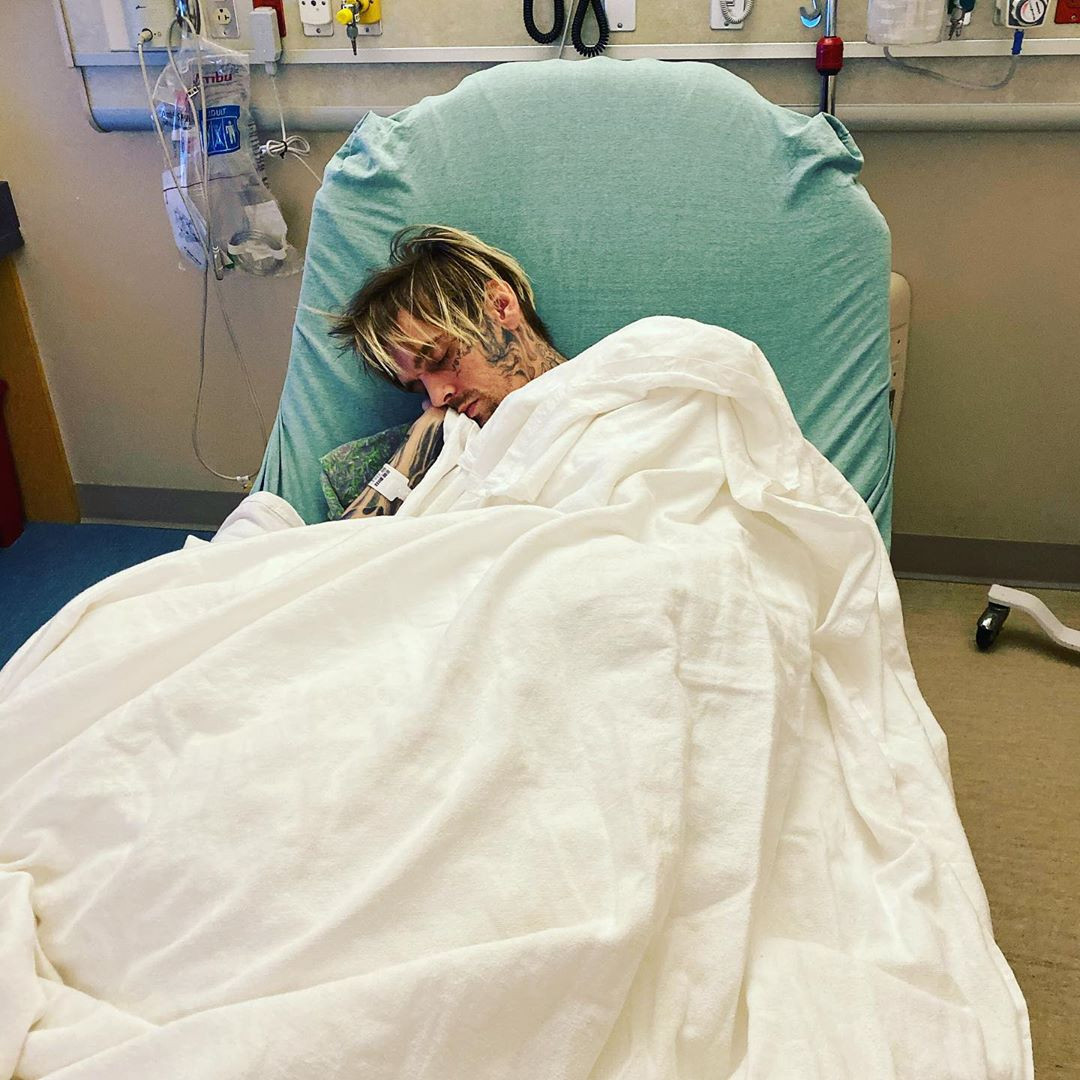 Over the past few months, Aaron has opened up on TV about his mental health battles, saying he suffers from multiple personality disorder, schizophrenia, anxiety and manic depression.

Aaron, who has struggled with substance abuse for years, has also been feuding lately with his twin sister Angel Carter and Nick, who in September filed a restraining order against him, claiming Aaron had told him he had thought about killing his then-pregnant wife and unborn child. Aaron later accused Nick and their late sister Leslie Carter of abuse. 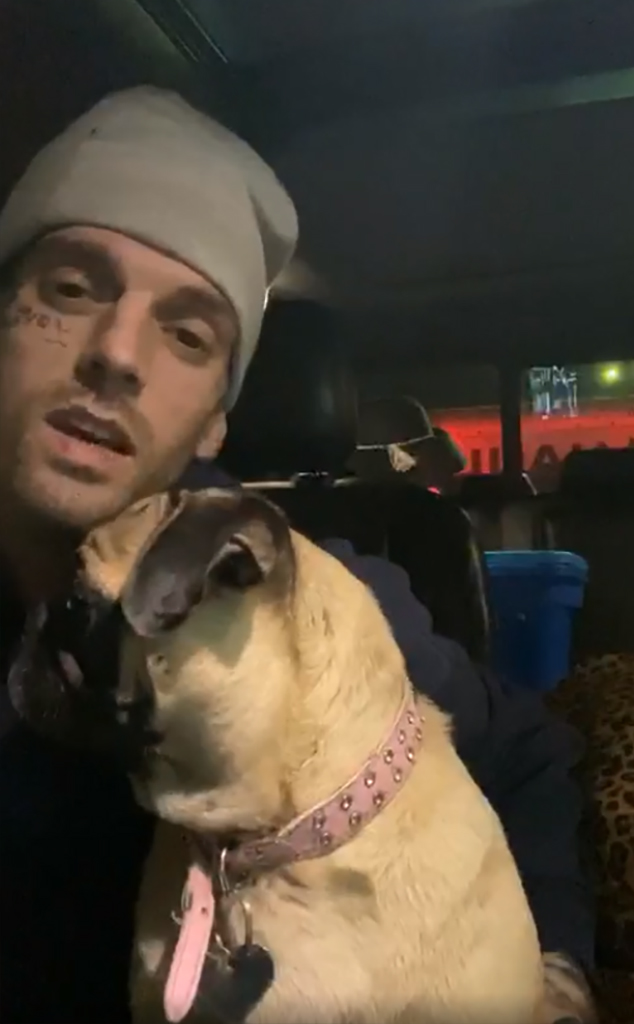 Aaron and his and his siblings' mother appeared together last month on WE tv's Marriage Boot Camp: Family Edition.

The singer discussed the guilt he feels over the deaths of Leslie, who died at age 25 in 2012 after suffering a prescription drug overdose, and father Bob Carter, who passed away at age 65 in 2017.

"I think that's one of the things that hurts Aaron the most, he just was so busy with his own life that he wasn't there, and I think he wanted to be there for them," Jane said. "In his heart he feels like he could've done something more."