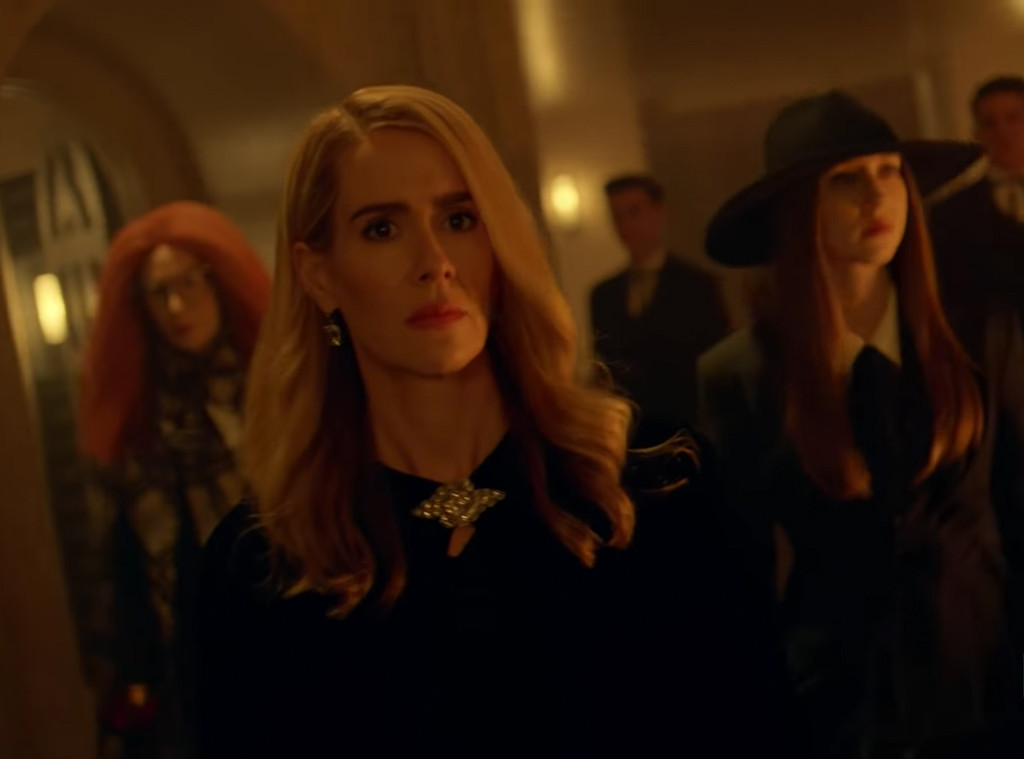 American Horror Story: The End? Season 10 of the FX anthology series is already in the works, and series co-creator Ryan Murphy is preparing for it to possibly be the last.

FX announced a two-season renewal for the Emmy-winning AHS in 2016, then bringing it to season nine, and a tenth season renewal in 2018, but things may be winding down for Murphy and his troupe now. While speaking to Deadline about what's to come, Murphy was mum about possible themes, but did note it's the last season FX has given a production order to.

"We're working on an idea for season 10 that I think people will love because it's about reuniting fan-favorite actors to come back—because it might be our last season. It's the last season we have contracted. So, I've been quietly reaching out to various people. Some people I haven't reached out to yet because I was like ‘Do I have a role for them?' So far, everybody I reached out to said ‘Yes', so that's been great," Murphy told Deadline.

Lady Gaga Tells All on Set of American Horror Story

When asked if that means the likes of Jessica Lange, Sarah Paulson and Evan Peters returning, Murphy said it was "too soon to tell." Lange, for what it's worth, has said she would likely not return for another season. She starred in the first four and returned for American Horror Story: Apocalypse as Constance Langdon, her season one character.

"[T]he people who helped build this show into what it is, who believed in it from the beginning, have been contacted and are interested. So, if you look at the iconography of the first three seasons, you can figure who I've gone to and who might be coming back. I'm always surprised, it's such a hard show to do. Season nine has been really interesting. It's the season that has gotten the best reviews. Going into its 10th season, it's never been more popular. If you look at the worldwide numbers between the FX airing and the live+35 day airing, and you add up the streaming, every year, it grows, and grows and grows and this year that cumulative add has been our most popular season and our most critically hailed," Murphy said. "So, it's always a show that surprises me. I'm surprised that the actors who are in it, love doing it. It's so hard to make. This season was very hard because it had so many night shoots. But everyone wants to come back and the fans out pour their love for it. It's No. 1 on Twitter. I'm excited about season 10 like I was excited about this year. I worked really hard on it. It was deeply embedded in my childhood and in Brad's."

Murphy is now under a deal with Netflix to produce content for the streamer, but at the time of that announcement FX assured viewers his already existing shows, like AHS and American Crime Story, would continue as long as he wanted to. In February 2019, FX's John Landgraf said both AHS and ACS have "many more cycles to come."

FX announced season three of ACS would star Paulson and Beanie Feldstein as Linda Tripp and Monica Lewinsky and track the story of President Bill Clinton's impeachment. Lewinsky is on board the project as a producer.

Do you want AHS season 10 to be the end? Who do you want to see back again?