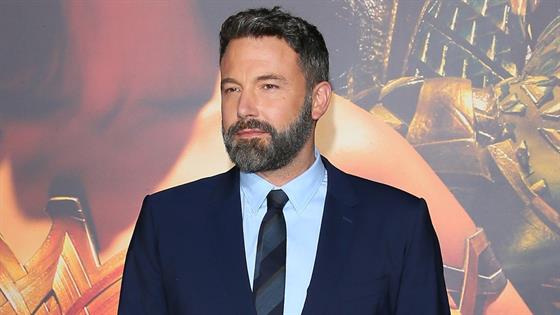 On Thursday, the official trailer for his upcoming film The Way Back debuted, giving viewers a first look into Affleck's portrayal of a character struggling with alcoholism. The drama follows Affleck's Jack, a former high school basketball star whose life is spiraling out of control. He's later asked to coach the team he once played on and, though reluctant, he eventually signs on to the gig. It is then that he must confront his demons. "I spent a lot of time hurting myself," he says in an emotional scene from the two minute teaser. "I made a lot of bad decisions. I got a lot of regrets."

For his part, Affleck—he's been open about his own battle with addiction—is looking forward to sharing this film with his fans. "So proud of this one and the incredible team behind it," he wrote on Twitter alongside the trailer. "Here's your first look at #TheWayBack, a story of endurance and redemption."

Ben Affleck Reveals If His Kids Have the Acting Bug

In October, the actor appeared to be intoxicated after being spotted stumbling leaving a party. Owning the situation, he told paparazzi, "Well, you know, it happens. It's a slip, but I'm not going to let it derail me."

One day prior to the incident, the Justice League actor discussed his recovery on social media while raising awareness for an organization that helps others make strides in their sobriety. "I have been in recovery for over a year and part of that is helping out others," he wrote. "@themidnightmission is an incredible organization that helps those in need with housing, training, development and recovery. I'm making a donation today because there are people battling addiction every day that don't have the resources and need help. @raya, you in? Who else is with me?"

Back in August 2018, Affleck entered rehab for the third time after his ex Jennifer Garner staged an intervention for him. "Ben was having a really tough time," a source told E! News at the time. "He continues to battle addiction. He reached out for help.

Months later, Affleck shared a candid post about his struggle. "This week I completed a forty day stay at a treatment center for alcohol addiction and remain in outpatient care," he wrote on Instagram. "The support I have received from my family, colleagues and fans means more to me than I can say. It's given me the strength and support to speak about my illness with others."

"Battling any addiction is a lifelong and difficult struggle," he continued. "Because of that, one is never really in or out of treatment. It is a full-time commitment. I am fighting for myself and my family. So many people have reached out on social media and spoken about their own journeys with addiction. To those people, I want to say thank you. Your strength is inspiring and is supporting me in ways I didn't think was possible. It helps to know I am not alone. As I've had to remind myself, if you have a problem, getting help is a sign of courage, not weakness or failure."