It's back to reality for Teresa Giudice and her four children.

For the first time, the Real Housewives of New Jersey star is opening up about her family trip to Italy to visit husband, Joe Giudice. As a refresher, the 47-year-old reality TV personality and her four daughters—Gia, Milania, Gabriella and Audriana—reunited with Joe on Nov. 7. in his home country.

However, the brief family trip came to a close earlier this week.

While everyone shared several behind-the-scenes moments of their time in Italy on social media, it looks like Teresa is ready to open up about how things really went.

"We were there to enjoy each other's time. You know, lots of laughs, lots of tears and reacquainting with each other," the Bravolebrity told ABC News Correspondent Paula Faris during a sit-down interview on Good Morning America. "It was pretty amazing. I had the best time ever, it was so good." 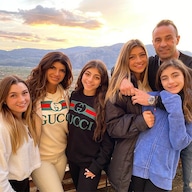 She added, "Joe and I were just so amazed how mature and beautiful and smart [our daughters are]... they blow us away." 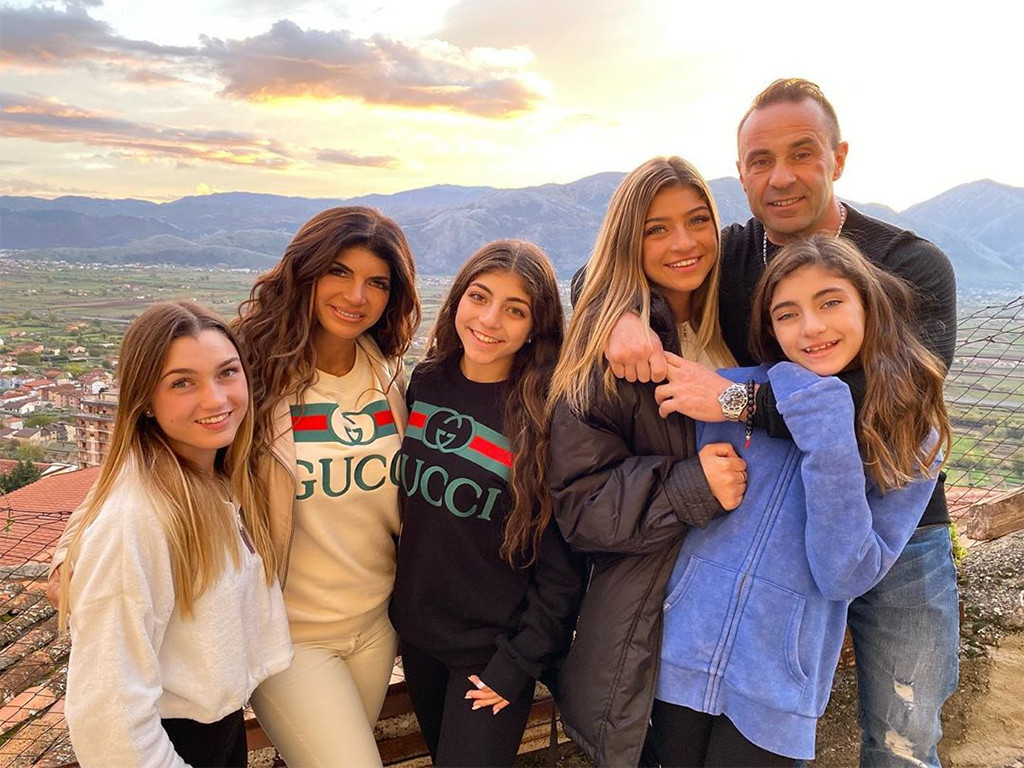 Additionally, the reality TV personally revealed that things got emotional for Joe after she and her daughters departed Italy. "Listen, he said he cried," Teresa revealed. "After we left, he cried the whole day, he said. Missing his daughters... he was so sad."

It appeared that Gia wasn't ready to say her goodbyes either. "@joe.giudice love you see you soon," she wrote on her now-expired Instagram Story, alongside a photo of her and her younger sister hugging their dad. From the selfie, it looked like the 18-year-old was holding back the tears.

For a little refresher, last month, Joe was taken to Italy after he was released from U.S. ICE custody. Before being transported to Italy, the 47-year-old was held by ICE at the Clinton County Correctional Center in Lock Haven, Pa. after being released from prison in March 2019.

As fans of the couple might recall, Joe was sentenced to jail in March 2016, which began a few months after Teresa finished her prison sentence. In 2014, they both pleaded guilty to multiple fraud charges.

With so many changes happening with the family, it seems they're trying their best to work through it all. Last month, the pair revealed the future of their marriage and wanted to see each other in person first, before making any decisions.

"If we stay together, we stay together," Joe told host Andy Cohen during a special segment, The Real Housewives of New Jersey Special Event: Joe and Teresa Unlocked. "If we don't, we don't. You know, it's a conversation that... you know, we'll see."

He continued, "No matter what happens, I'll always love her."

The two have yet to share how things are going with their marriage, but it certainly looks like they enjoyed each other's company while in Italy.

To hear the Bravolebrity share more details about her and her daughters' trip, GMA will air most of her interview tomorrow.