Kaitlynn Carter is opening up about her relationship with Miley Cyrus.

The Hills: New Beginnings star looked back at her romance with the singer in an essay for Elle published Monday.

"This past July, I went on vacation with a female friend; the next thing I knew, I was in love with her," Carter wrote at the beginning of the piece, not naming any names. "Until that trip, it had never crossed my mind that I was even capable of loving a woman the way I loved her. But after reflecting on my romantic history, I realized that I've never really had a 'type.'"

As fans will recall, Carter and Cyrus sparked romance rumors in August after they were photographed kissing during a trip to Lake Como, Italy. The getaway came shortly after Cyrus' split from Liam Hemsworth and Carter's breakup with Brody Jenner.

In the essay, Carter recalled traveling throughout Europe with a woman and "trying to move past our respective breakups." It was around this time that her "first and only romance with a woman was born."

"I fell just as hard for her as I had the older man so many years before," she wrote, looking back at another relationship prior to her romances with Jenner and Cyrus. "It was that same familiar force of nature; I didn't have to think about a thing or overanalyze. It just happened and it felt exactly right. Reflecting back on our three-year friendship, I realized I'd always been drawn to her in a way I wasn't with other friends, but until that trip it had never crossed my mind to think of her in a romantic sense."

Carter and Cyrus broke up in September. The "Slide Away" artist is now dating Cody Simpson. Looking back at a "short-lived" romance, Carter wrote she felt "eternally grateful to my most recent relationship for opening my eyes to this unexplored part of myself, and for inspiring a new level of self-discovery and wonder at all the possibilities of life."

"I've been forced to get to know myself in a far deeper way than ever before, and not just in terms of my sexual preferences," she continued. "I've also been forced to reckon with who I am as a person."

She also shut down reports that claimed the relationship was "merely a 'summer fling' or a 'same-sex affair'"—noting it was "so much more than that" and was a "profound journey of self-discovery." 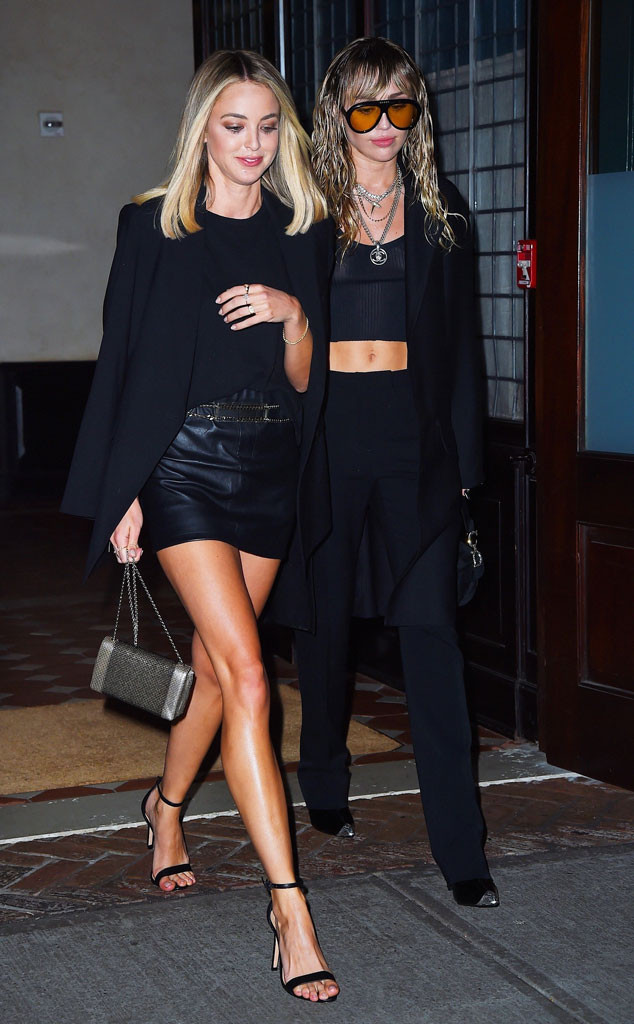 In the article, the reality TV star also opened up about "feeling pressure to explain or define myself in one way or another."

"I still don't feel like I'm in a place to label my sexuality one way or another, but I'm okay with that," she wrote at one point. "It's something I'm still exploring and figuring out. It's been interesting to watch friends and strangers alike assume I'll automatically revert to being attracted to men, as if they're more familiar with my sexuality than I am. Even I don't entirely understand what my experience this summer means for me going forward—and it's my experience."

She also encouraged readers to take the time to "understand who exactly their most authentic selves are."

To read her full essay, head on over to Elle.