Every Fabulous Look From Kate Middleton's Royal Tour of Pakistan 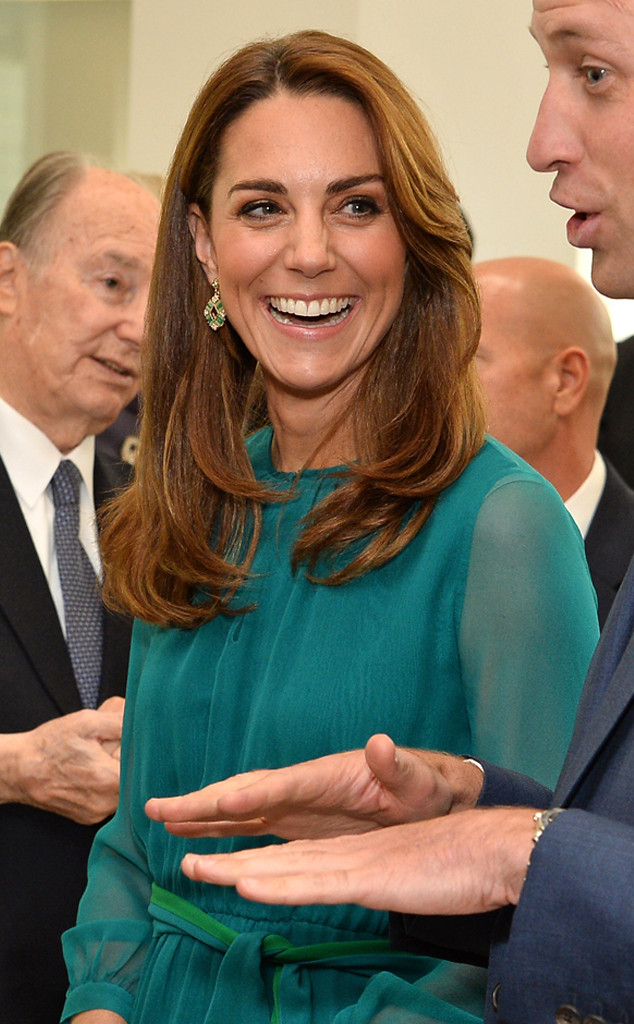 Kate Middleton is serving looks during her and Prince William's five-day tour of Pakistan.

The Duke and Duchess of Cambridge officially kicked off the tour on Monday, Oct. 14, where the couple was greeted by Pakistan foreign minister Shah Mehmood Qureshi at the Pakistani Air Force base in Rawalpindi, near Islamabad.

Their five-day tour of Pakistan is meant to improve relationships between the U.K. and Pakistan. The pair will also be attending several programs meant to empower young people and organizations that help ensure their access to quality education — particularly for young girls and women.

"The Duke and Duchess are looking forward to spending time meeting young Pakistanis, and hearing more about their aspirations for the future," read a statement released by The Palace.

While kicking off the first day of the tour, Middleton was spotted wearing a gorgeous blue ensemble by Catherine Walker that gave us major Princess Diana vibes. She paired the ombre, cowl neck gown and trousers with nude Rubert Sanderson heels striking a resemblance to a dress that Princess Diana wore during her 1996 visit to Pakistan.

On the second day of the tour, the Duke and Duchess visited the Islamabad Model College to learn about the work of Teach for Pakistan — an organization that recruits and trains young professionals for a two-year fellowship in which they teach low-income schools. During their visit, on Oct. 15, Middleton paired nude ballet flats with a periwinkle shalwar kalmeez and dupatta by Pakistani designer Maheen Khan.

So far, Middleton has been experimenting with a lot of blue and emerald green hues — and we're loving it.

While The Palace has yet to reveal the Duke and Duchess of Cambridge's itinerary, we're ready to see what other fashion looks Middleton will be serving at the various locations they'll be visiting.

Stay updated on all the duchess' fashion looks with E!'s gallery below. 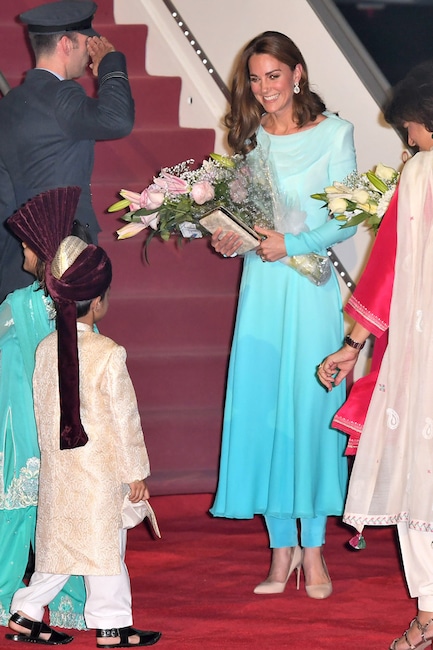 Upon the royal couple's arrival in Pakistan, the Duchess of Cambridge stepped off the plane wearing a custom, ombre blue design by Catherine Walker, which was modeled after the traditional shalwar kameez. 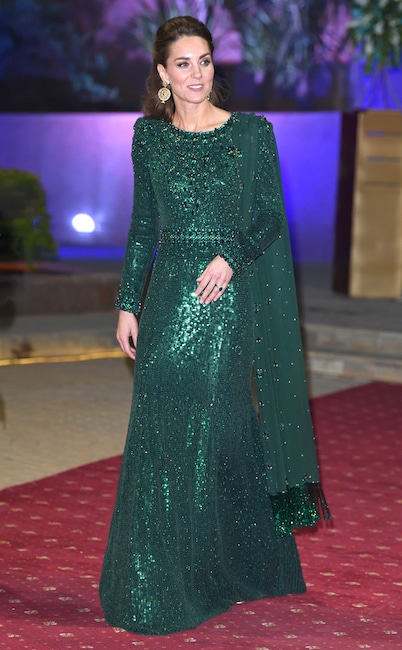 All That Glitters Is Green

One word: Glam! The Duchess enlisted beloved British label Jenny Packham to help make her arrival to a reception hosted by the British High Commissioner of Pakistan one to remember. She complemented the emerald green gown with statement earrings by Onitaa. 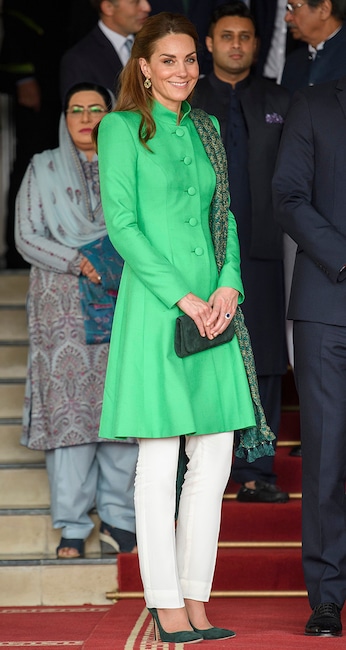 For a meeting with Pakistan's Prime Minister, the mom of three dressed the part in a bright green tunic by Catherine Walker, white trousers by Khan and a scarf by Satrangi. 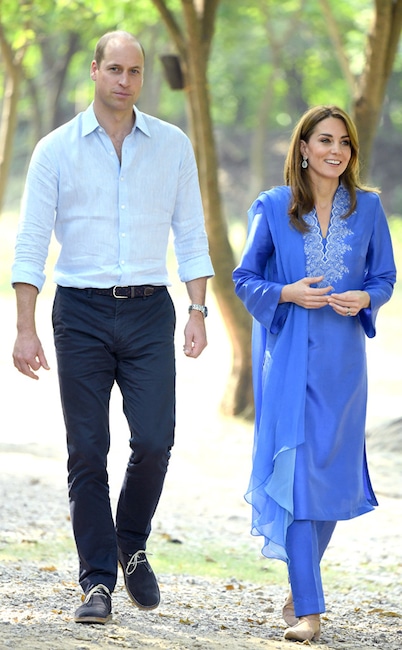 During their visit, the Duke and Duchess of Cambridge learned about the work of Teach for Pakistan—an organization that recruits and trains graduates and young professionals for a two-year fellowship in which they teach in low-income schools. 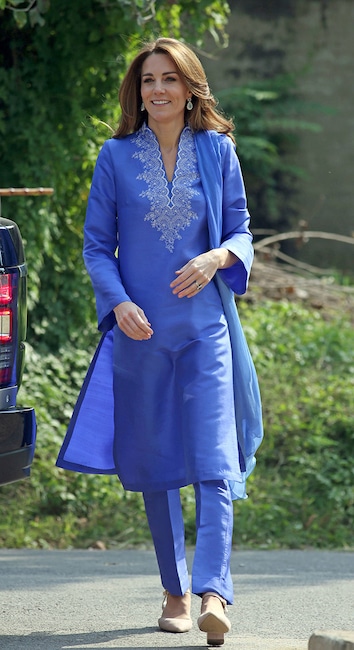 Fashion met function for Kate's visit to the Islamabad Model College for Girls on Tuesday, Oct. 15. She paired nude ballet flats with a periwinkle shalwar kalmeez and dupatta by Pakistani designer Maheen Khan. 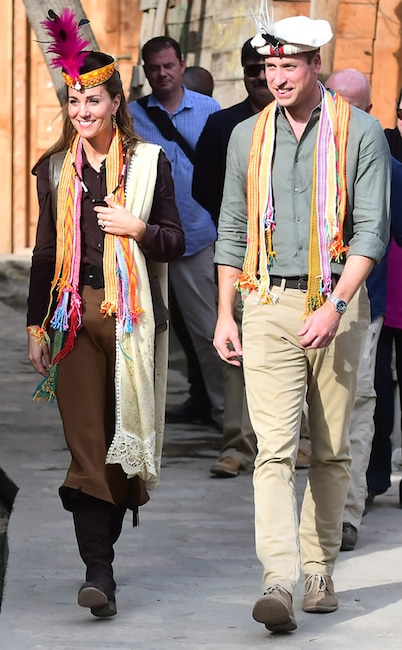 Learning About the Local Culture

Kate wore a brown shirt, long skirt and Nubuck waistcoat by Really Wild for the visit to the Hindu Kush mountains. She accessorized her look with Missoma's gold Zenyu chandelier hoops, Really Wild's knee-high boots and a beige pashmina. 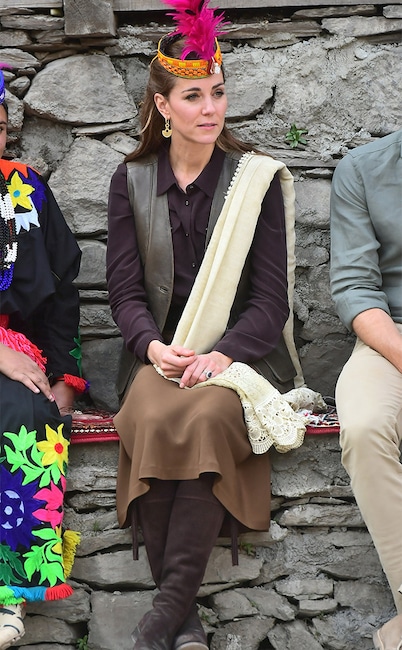 The royals were presented with traditional Chitrali hats and white coats, which Princess Diana also received during her visit to Chitral in 1991. William and Kate also looked at the Chiatibo Glacier in Broghil National Park and visited nearby communities, where they watched a presentation of traditional song and dance. 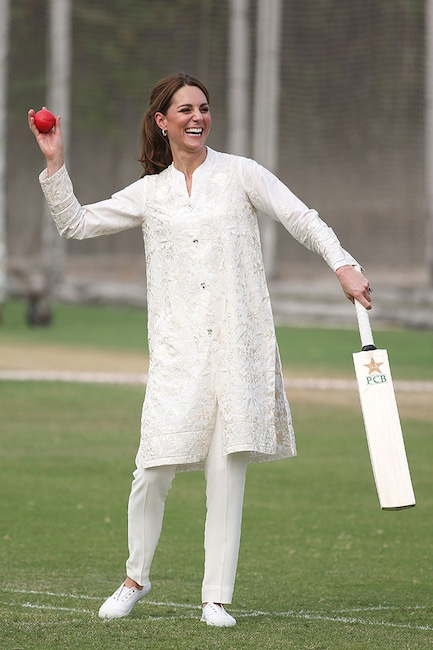 The duchess happily played cricket at the National Cricket Academy in Lahore, donning a white embroidered shalwar kameez by Gul Ahmed and a shawl by Maheen Khan paired with matching sneakers. 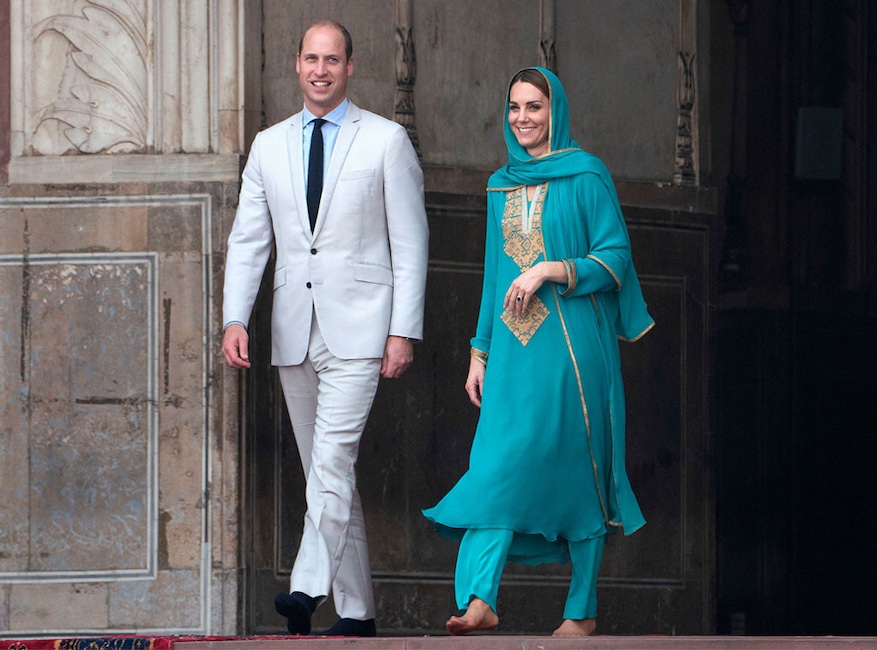 For a visit to the Badshahi Mosque, the mom of three donned a blue green headscarf with gold trim and a matching shalwar kameez by Maheen Khan. 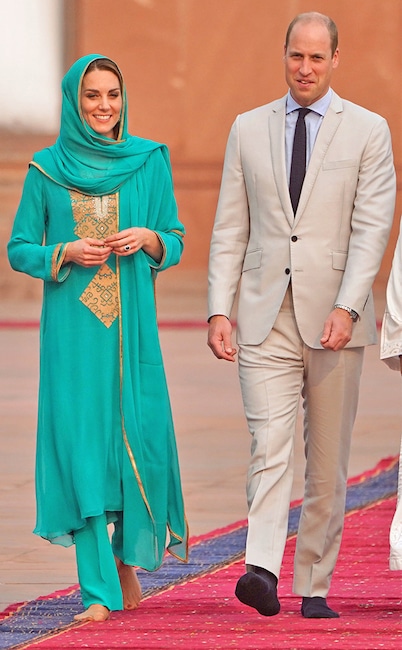 The Duke and Duchess of Cambridge appear inside the Badshahi Mosque, Lahore, on the fourth day of the royal visit to Pakistan. 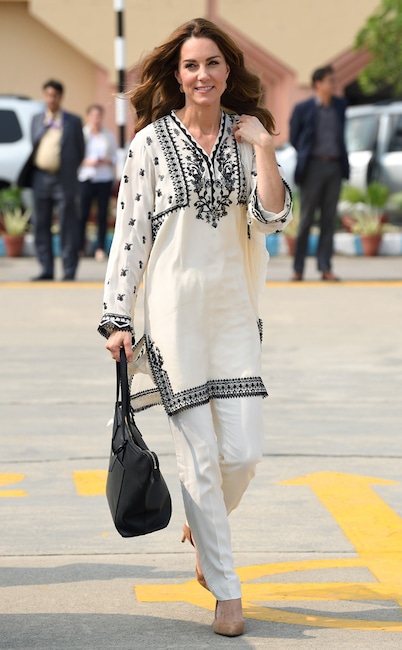 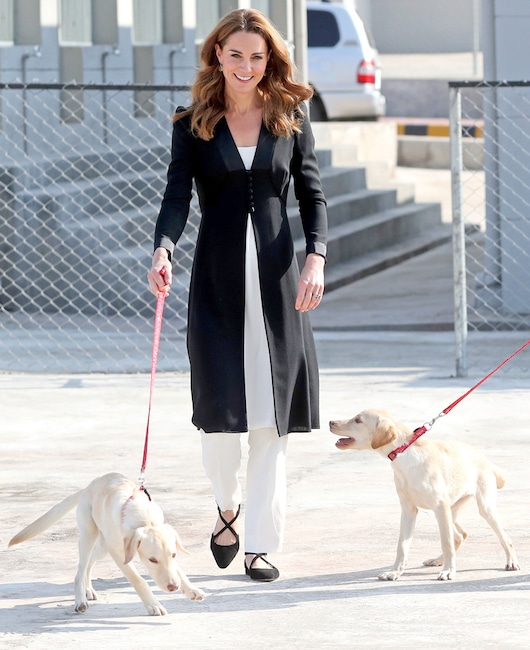 Kate later changed in a Beulah black blazer coat, a white tunic, white pants and black Russell & Bromley flats before she and Prince William attended their final event, a visit to Islamabad's Army Canine Unit, where they met dogs and puppies trained to identify explosive devices. 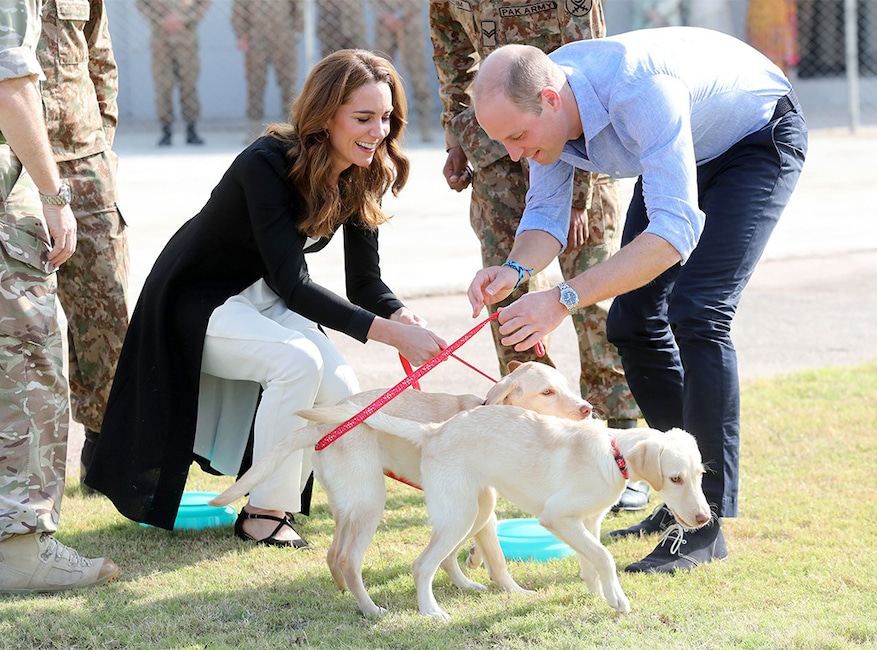