Arrow's Final Season Premiere Is a Love Letter to the Pilot 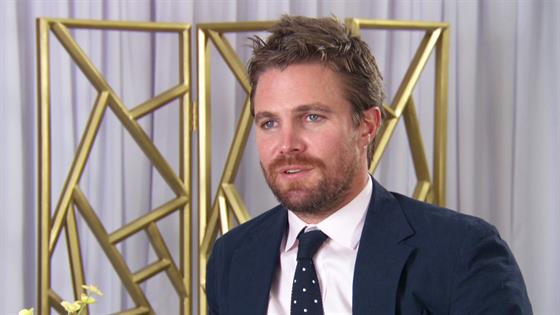 If you've been nostalgic for the olden days of Arrow, you're going to have some serious emotions over tonight's final season premiere.

There's not a lot we can tell you about how or why it happens, but the episode puts Oliver (Stephen Amell) back in Starling City with all the people he loves and has lost over the years. As you can see in pics released from the episode, that includes Moira (Susana Thompson) and Tommy (Colin Donnell) and even Malcolm Merlyn (John Barrowman), though he's not exactly someone Oliver has loved and lost.

The visit to this time and place has something to do with the mission given to Oliver by the Monitor (Lamonica Garrett), that mysterious being who keeps showing up on these shows to say ominous, nonsensical things about the upcoming crisis, AKA the upcoming gigantic crossover, Crisis On Infinite Earths.

For the first time since these crossovers began happening, the events of those episodes are woven into the regular episodes of Arrow, and the majority of the final season is going to be spent leading up to that world-ending event. That's new for the Arrow writers, but after a screening of the premiere episode, showrunner Beth Schwartz explained to a small group of reporters that there was really no other way to do the final season.

"It was definitely challenging because we had never done that before, so it took our brains to a new sort of creative challenge, but once we cracked it, it feels of a piece, and it feels like it's the only way this season could have happened," she said. 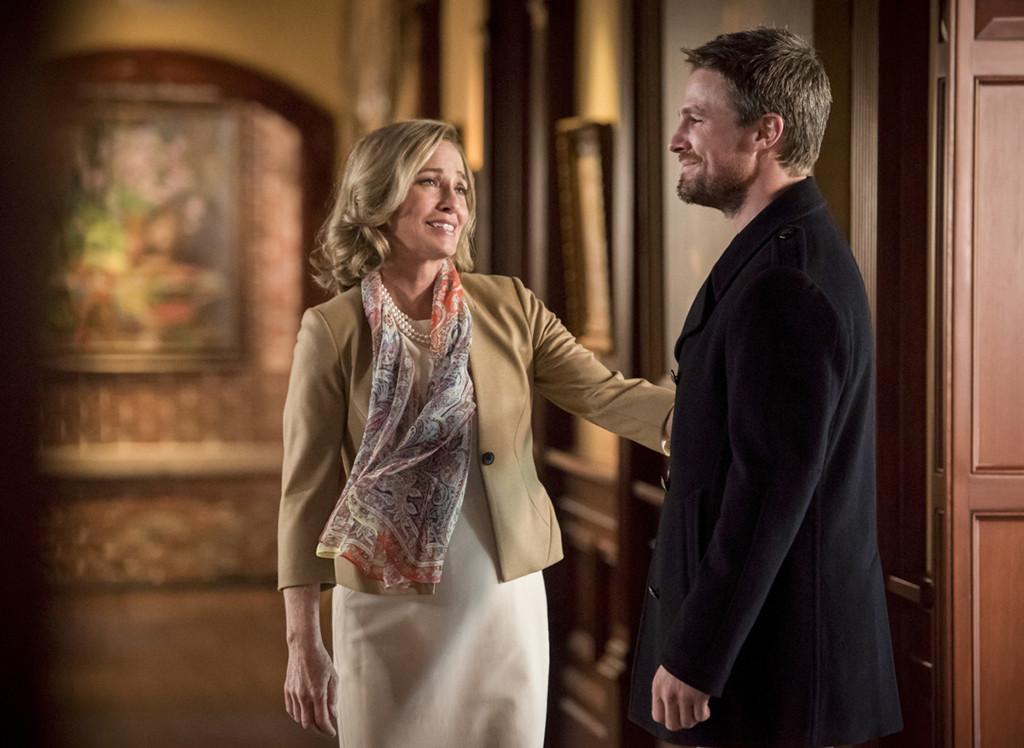 The Monitor's mission ahead of the Crisis brings about the events of the first episode, but it's really a convenient way to pay tribute to Arrow past.

"This episode, specifically, is a love letter to the pilot and to the series," she said. "And as for the season, it's pretty much just, as we've been saying, our series Greatest Hits, as well as a build-up to crisis."

That means we're in for tributes to times throughout the series, not just the pilot. And it means we'll be getting many returning faces, including Thea (Willa Holland), who left a couple of seasons ago. Schwartz says that almost every episode if not every episode, will feature a special guest star from the show's past. 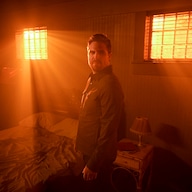 Arrowverse Extravaganza: What To Expect From Batwoman, Supergirl, The Flash, and Arrow

One character who does not appear is Felicity, since Emily Bett Rickards left the series at the end of last season, but her presence is not forgotten.

"We just had to creatively come up with a way of keeping her still there without seeing her, and that's sort of what we've done all season," Schwartz said, adding later that they'll always welcome Rickards back if she wants to return.

This final season is just 10 episodes, wrapping up just a couple of episodes after the Crisis ends in January, and Schwartz says that episode count has sent the writers "out of control." 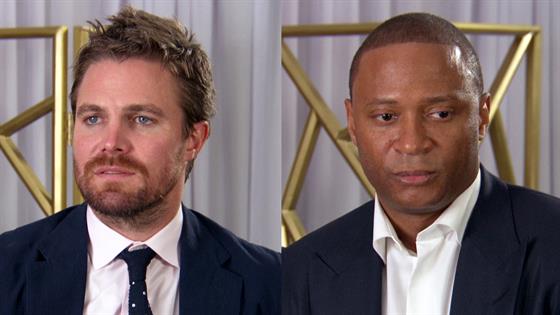 "We don't have that many episodes, and even when we have 22, 23 episodes, every episode is humongous and we burn through plot, so this is even...we've just created monsters out of each episode," she said. "And each episode is just huge. It's humongous."

Stephen Amell has been saying that each episode is like an event, and that's certainly true for the first episode, an hour packed with guest stars and little giggle-inducing references that had us groaning over the fact that we couldn't immediately watch episode two. So at the very least, Arrow is going out with a bang.

Arrow airs Tuesdays at 9 p.m. on The CW.