Sunnyside's Joel Kim Booster Is Ready for His Close-Up, But Don't Expect Him to Conform 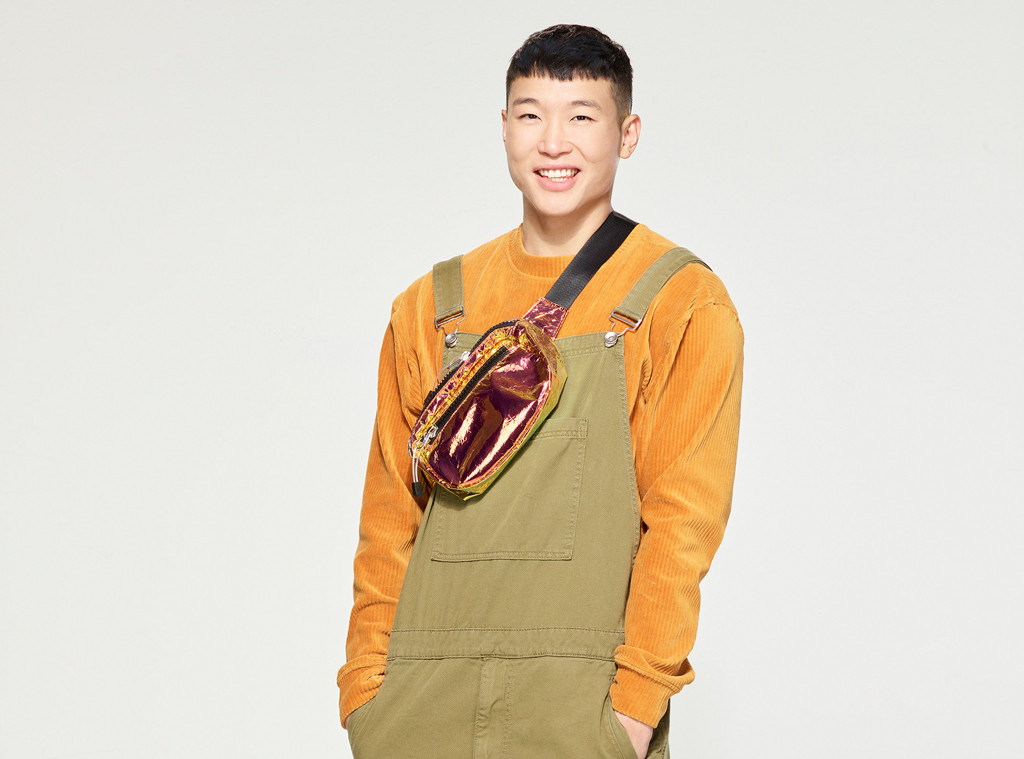 Joel Kim Booster has been on quite a ride before landing on Sunnyside.

The comic made a number of lists recently, including The Wall Street Journal's "Young Hollywood Portfolio," and was heralded as one of "Comedy's New LGBTQ Breakouts" by The Hollywood Reporter. He recently served as a writer on the acclaimed Comedy Central series The Other Two, and has past credits including Big Mouth and Billy on the Street. Now, he's getting on his biggest platforms ever and making his broadcast television acting debut as Jun Ho on NBC's Sunnyside.

"It feels good to be off the list and, like, actually working," Booster laughed during an interview at the 2019 Television Critics Association summer press tour.

Kal Penn Says Sunnyside on NBC Is His Dream Show

"It feels like the last couple of years have really been prepping me for this moment a lot of ways…It's so funny, you ask for things constantly, like the last six years of my career in New York and [Los Angeles], I've just been like, ‘This is what I want. I want this. I'm ready, I'm ready, I'm ready.' And I don't know if I'd gotten [Sunnyside] four years ago, I probably would have imploded a little bit. I think the slow build—You know, you ask the universe for things and it just sort of gives it to you when you're ready and I feel really ready for this," he said.

The new comedy, co-created by and starring Kal Penn, is poised to introduce Booster to millions of new viewers and take his flourishing career to new heights. He said he's ready for this, but he's doing it all on his terms. Don't expect Booster to change. 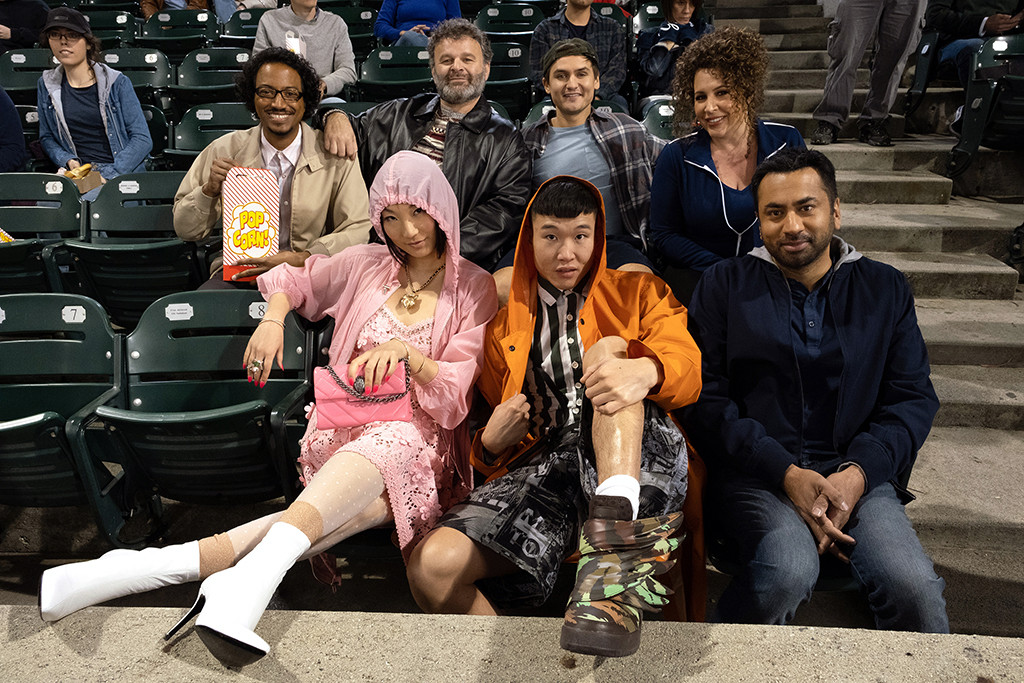 "I'm aware of the platform that I have and the responsibility that comes along with it…I think that as a gay man, there's always been, like, sort of a pressure to be respectable in a very specific way. And my entire career has been about sort of shifting that idea of, ‘What does it mean to be respectable and a role model?' What does it mean? Does it mean being completely sanitized and wanting to, like, live sort of heteronormativly and not be open about the things that have nothing to do with the way I interact and treat other people as human beings? I don't think that's going to change for me with a bigger platform," Booster said. "I'm not going to change the frankness in which I talk about sex or any other part of my life ‘cause I don't think that those make me a bad role model. I think the way you treat other people, empathy and respect are more important and those usually fall lower on the list beyond like, ‘You shouldn't swear, you shouldn't have sex, you shouldn't talk about it,' and stuff like that. I'm more interested shifting that conversation and being who I am and that being the sort of conversation." 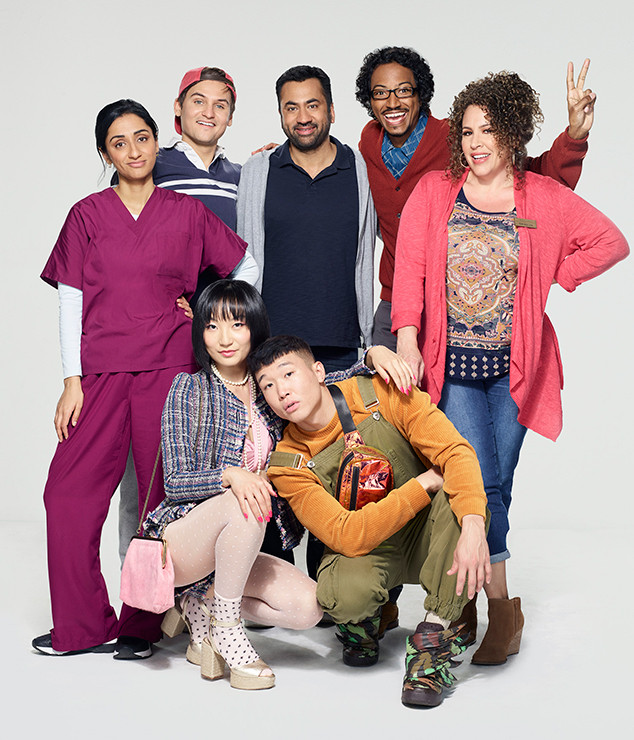 While Booster is frank about his life off screen, his character remains a sort of enigma for now. On Sunnyside, he plays Jun Ho, an extremely privileged non-US citizen working with Penn's character and a group of other immigrants studying to pass the exam to become a legal resident. The character, along with his sister played by Poppy Liu, is "untethered to reality in a lot of ways," Booster said. While developing Jun Ho with the writers, Booster said they determined he is "beyond human sexuality in the way that we understand it."

"The way [co-creator Matt Murray] put it is that Jun Ho would f--k anything that's not nailed down, which feels, like, honestly true to me of this sort of cartoon character that we've created together," he said. "But there is definitely queer representation on this show in other places that I'm really excited for people to see."

Behind the scenes and in front of the camera, Sunnyside has assembled a diverse team of immigrants and children of immigrants to tell the stories of these characters.

"It's interesting for me, I'm one of the few actors in the show that doesn't have, like, a real immigrant experience because I was adopted. But, you know, I've always been treated like an immigrant anyways. Like, I've been told to go back to where I came from my entire life. And it's so funny because my parents are very, very white. For me, approaching the show is about those complicated feelings I have about America," Booster said. "Like, loving this country and everything that it could be and understanding and critiquing the sort of problems that we have on a structural level in this country. And that's so high-minded to talk about on a situational comedy, but it's built into the DNA. It's the platform on which all of these absurd jokes about, you know, a pet hippo and Bill Nye, all of these sort of like come from that. But it's grounded in this very real reality that America is not easy for everybody and it's not a system that works for everybody right now. I think that sort of is running below the surface of all the silly jokes." 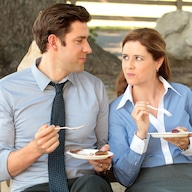 The TV Universe of Michael Schur

Sunnyside counts Michael Schur of The Office, Parks and Recreation and The Good Place fame as one of its executive producers. Booster said the opportunity to work on a Schur show was instrumental in his decision to go out for his role on the new NBC comedy. 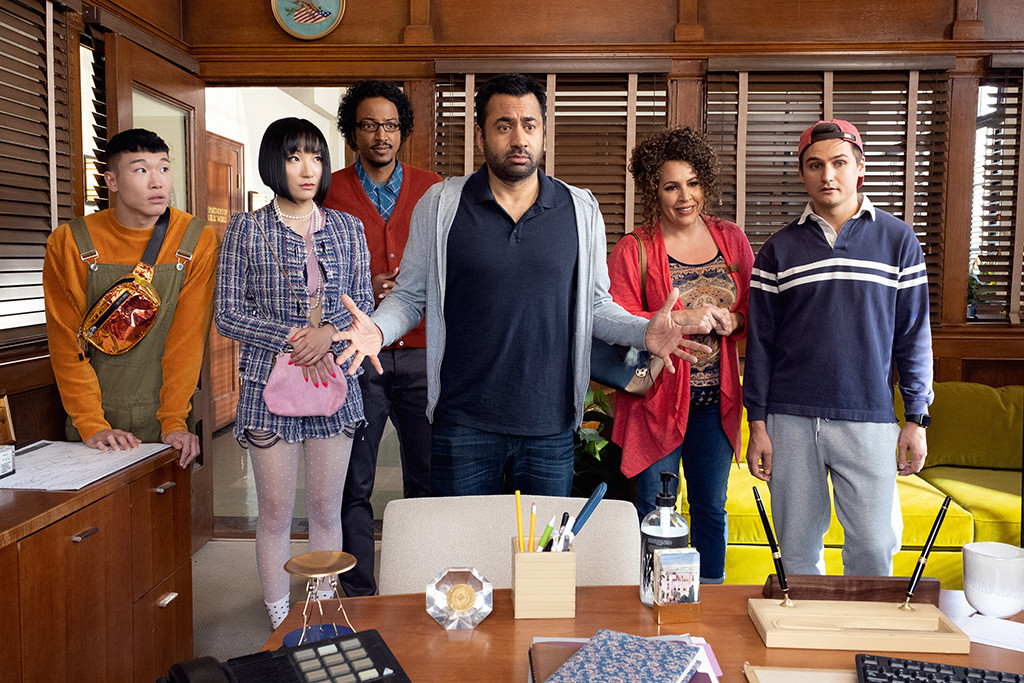 "The Office, and Parks and Rec to some extent, they were formative for me when I was in high school and college and made me want to do comedy. I mean, seeing Mindy Kaling on The Office was a paradigm shifter for me. It was like the first time I was like, ‘Oh, this is a lived in Asian character that you do not see.' It was like all lab technicians and nerds, and that was it...And then to see Mindy Kaling on The Office, you could tell that she was bringing something to that character that was deep and lived in and real, so that really changed a lot for me and that show did.

"So, when you're asked to audition for Mike Schur you say yes. I feel really lucky to be in the sort of pantheon of his shows," he said.