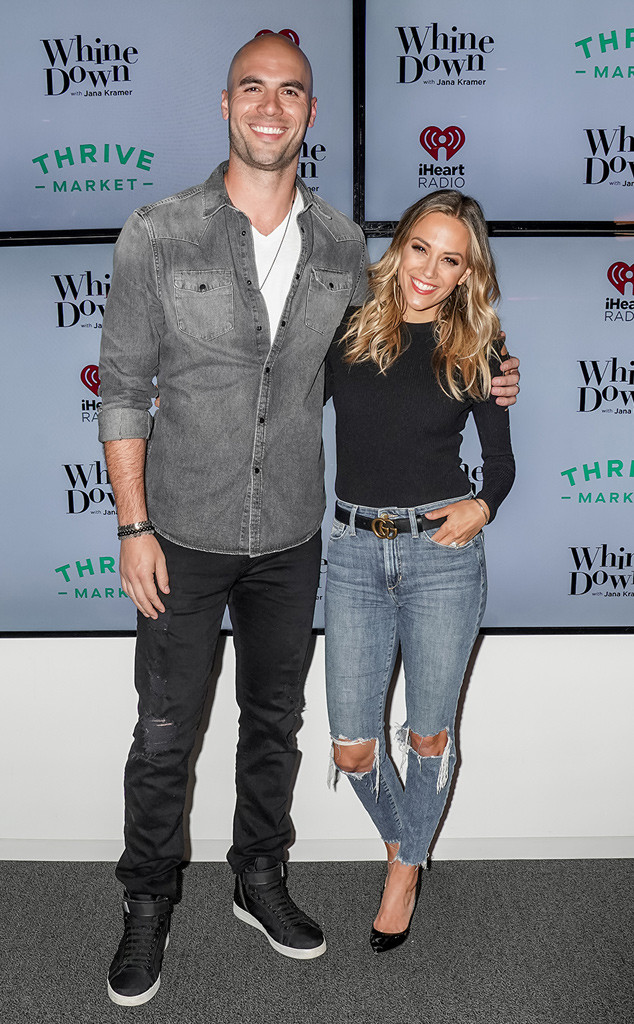 Jana Kramer and Mike Caussin aren't afraid to tell it like it is.

Whether they're opening up about his sex addiction battle or getting real about her road to motherhood, the two cover it all on Whine Down With Jana Kramer. The podcast even received an E! People's Choice Awards nomination.

E! News spoke exclusively to the couple at iHeartRadio's SoCalCountry at the Miller Lite Irwindale Brewery this weekend and asked them why people connect to their show.

"Because we don't hold back and we talk about real stuff and we don't sugarcoat anything and we're not like, 'Our marriage is perfect,'" Jana said. "No, we actually got into a fight on the way here and we're going to talk about it. We are very open and honest about our struggles, which then opens the door for our listeners to have that same experience and be able to relate."

Mike said listeners will sometimes be surprised by what's discussed.

"A lot of the feedback we get from new listeners is while they are listening they go, ‘Wait, did they just say that? Did they really just talk about that?'" he said. "There's maybe not that many podcasts that are like that."

In fact, the One Tree Hill alumna said the whole experience "has been very therapeutic for our relationship." It looks like they're helping others, too.

"We get emails all the time from couples who listen together and say this podcast is helping their relationship," she said. "It's been able to open dialogue in marriages and that's exactly why we wanted to do this."

To look back at some of their most candid confessions, check out the gallery. 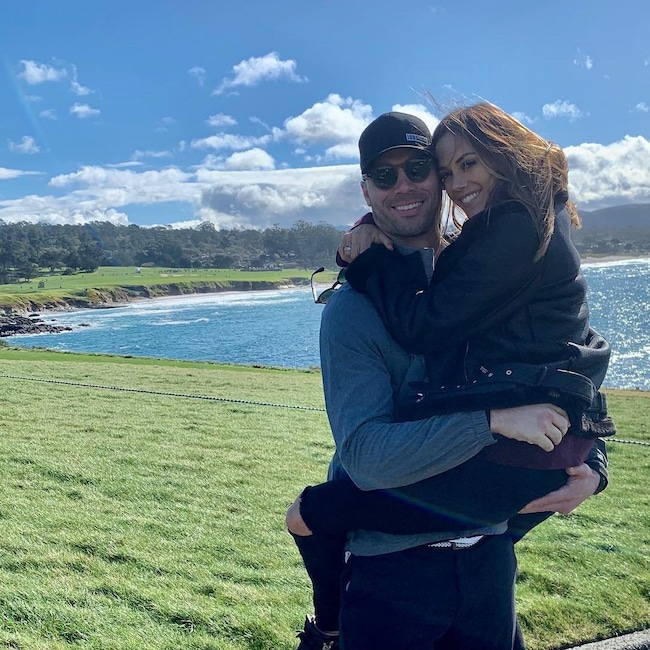 In one of their first episodes together, Jana and Mike addressed their reconciliation for the first time. "She said, 'Look, I'm giving you every opportunity. I am here. I am willing to work on this. I want this family to work.' Basically, step up or get out. And it got to a point of an ultimatum and that's where I hit my breaking point," Mike revealed. "She hit her breaking point. I hit mine." 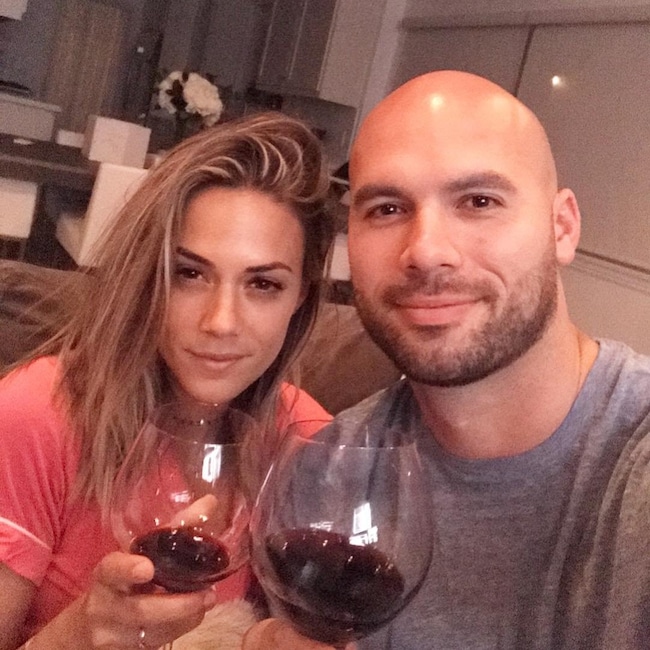 Jana and Mike have faced many obstacles in their marriage including a public cheating scandal. But one of the big reasons Jana stayed and fought for this love story is because of the couple's daughter. "I stayed in the beginning for Jolie so that I could say to my daughter, ‘I tried everything to keep this family together.' Now, I'm not sacrificing my happiness. If I was still miserable, I would not still be in a relationship with my husband. But we've continued to grow," Jana said on the June 4 episode of Whine Down. "But if it was just for my daughter… If I didn't do that then we would have been divorced and I never wouldn't have tried and I wouldn't have been able to see the silver lining." 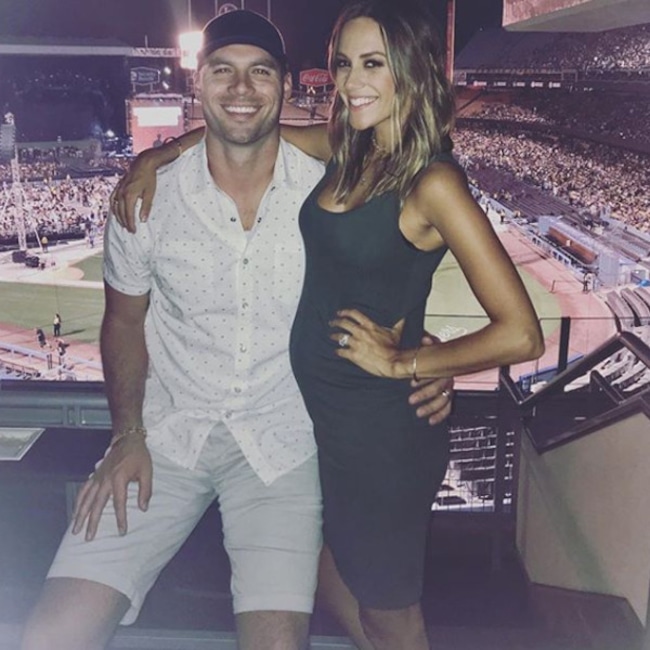 After Jana revealing she was expecting a baby, she opened up about all her emotions during a Whine Down podcast. "We're so excited, but at the same point, it's all just in God's hands. It's just such a scary process because it's a true miracle," she shared. "I mean it seems so easy, when you look at some people, but other times it's like, it's a miracle. It's been a tough journey. We have lost our last two pregnancies, so it's been really rough." Fortunately, listeners were able to be part of the joyful birth of their son, Jace. 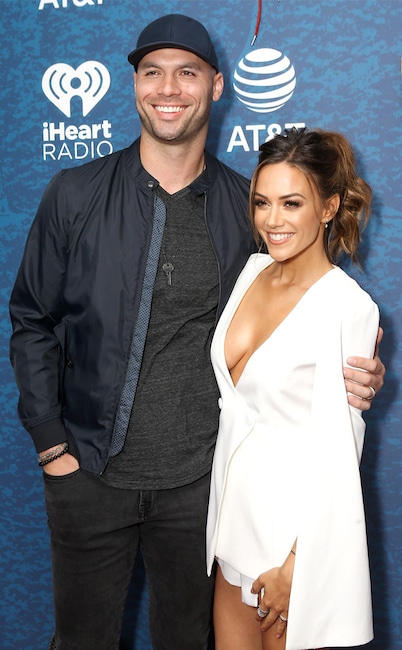 The Realities of Child Birth

When Jana was giving birth to her son Jace, Mike was in the hospital recording a live podcast and giving fans an inside look into the delivery process. "You were having a tough time, so they had to knock you out," Mike shared before Jana underwent a C-section. "So I will record during the surgery and I will talk through it and hopefully, you know, Jace will cry for us and we'll be able to hear him on here."

He later shared to his wife, "You're a rockstar. You're the strongest woman in the world, and you're amazing so don't ever forget that. You're doing a great job today, and you're gonna be the best mom to our little boy, just as much as you've been to Jolie. So I love you and I will be in the room soon." 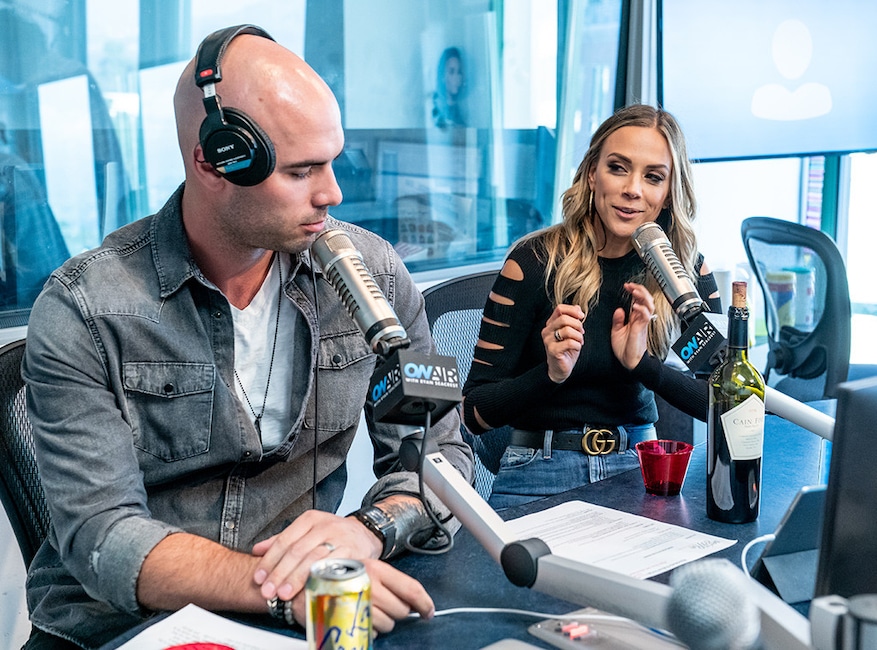 In a March 2019 episode, Mike revealed that he sought treatment for sex addiction in an inpatient treatment facility for 60 days back in 2016. "For me, I realized a lot of things throughout my life that sex and sexual acting out was my addictive behavior, and that's where I went to hide my feelings, to run away from reality and that was my drug," Mike shared. "I spent essentially 29 years thinking or living a different way. Then all of the sudden, you shock your system, you say no, you're actually supposed to think of things this way." 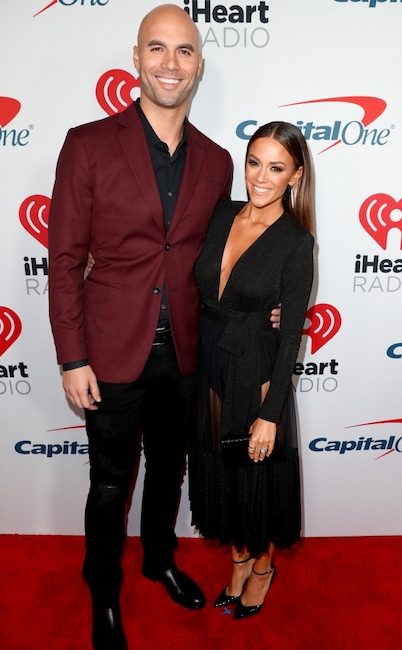 When looking for a nanny using care.com, Jana couldn't help but notice some of the pictures potential candidates were posting. "I just don't understand some of these girls that post pictures on Care.com, because I'm like, don't you know the female is hiring?" she shared on an episode. ""I'm laughing because this one photo was like, 'Hi, I'm 22 years old and I have perky boobs,'" Jana said. "Like, don't post the perky boob photo. You're not gonna be hired. I'm not hiring you. And I'm not saying post an ugly photo, I'm just saying...you should dress for the part."

The singer added, "Not that I don't trust my husband, not that I don't trust, you know, whatever...I just think it's not smart. I mean, you look at some of these nannies, and I'm like, 'Well, you kinda asked for it, she's kinda hot.' You know what I mean? You're in close quarters." She would later clarify her comments on Instagram. 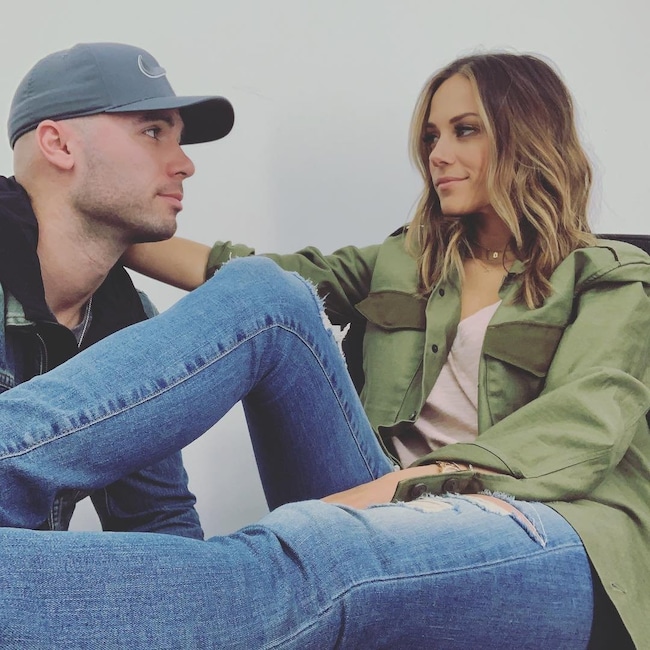 Before welcoming her son, Jana admitted she had severe anxiety about giving birth and being in a hospital. She also opened up about communicating with Mike about her anxiety attacks and how he can help. "I suffer from anxiety. Mike doesn't. We hash it out on the podcast and I feel silly for crying but I got triggered and anxiety is a real thing," Jana shared on Twitter when teasing her November episode with Psychologist Hillary Goldsher. 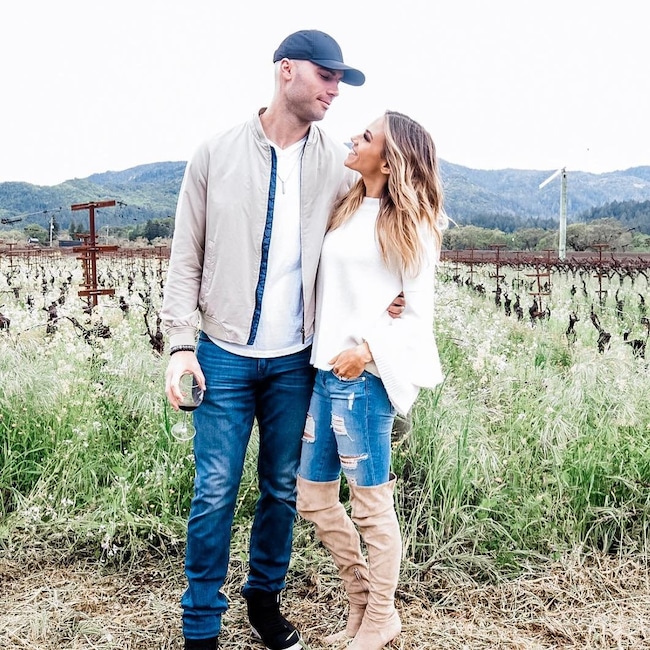 Triggers in the Marriage

Even though a long time has passed since Mike was unfaithful, Jana admitted to listeners that she sometimes is triggered in their marriage. While filming iHeartRadio's Scrubbing In With Becca Tilley and Tanya Rad, the former One Tree Hill star got emotional when recounting a moment during a trip to Napa. "When we got back to the room, I asked Mike to have sex with me and he basically said 'no,' which is a trigger for me because I don't feel chosen," she shared. "When I came downstairs he was one-on-one with [Tanya] so I got super triggered. I thought, 'Oh he said no to me but he went downstairs and is spending one-on-one time with Tanya.' Which is stupid because I know you would never." Don't worry, the couple talked it out and were able to enjoy the trip.

Voting for the PCAs is now open. Fans can cast their votes via the official voting site or via Twitter. Also, make sure to watch the live show on Nov. 10 to see who takes home the trophy.