Scott Disick Is Flipping His Own Home for $13 Million: Go Inside His Humble Abode

It's time for Lord Disick to get a new palace.

Scott Disick is putting his expertise in flipping homes to good use, as he's listed his Hidden Hills estate in Los Angeles, Calif. for nearly $13 million. Fans of the reality TV personality might recall that he bought this property for $6 million in 2016. But after giving it some major renovations and adding that Lord Disick touch, he's selling it for almost double the price.

Featuring seven bedrooms, seven bathrooms, a chef's kitchen, a wine cellar, game room and more, you can easily live large like the Flip It Like Disick star.

According to the listing on The Agency (which may sound familiar to Real Housewives of Beverly Hills fans as Kyle Richards' husband is the founder and CEO of the business), Scott's humble abode exudes that traditional East Coast-inspired grandeur with a touch of contemporary style. What's more? You can't beat its view, which overlooks the San Gabriel Mountains. 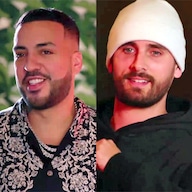 It's clear the Flip It Like Disick star is taking his craft seriously. Along with his $13 million home, he's also listed another Hidden Hills property. And luckily for those interested, it's going for a little under $7 million, which is a tad bit easier on the wallet. In fact, fans of the reality TV star recently caught a glimpse of it on a recent episode of his new E! show.

"This is making me think my house would be such a different world if we did the landscape, hard-scape and the pool," he said during the episode. Later, he popped some champagne to celebrate the renovations. "Job well done," he shared.

To see what his $13 million property looks like, take a peek inside by scrolling through our gallery below. 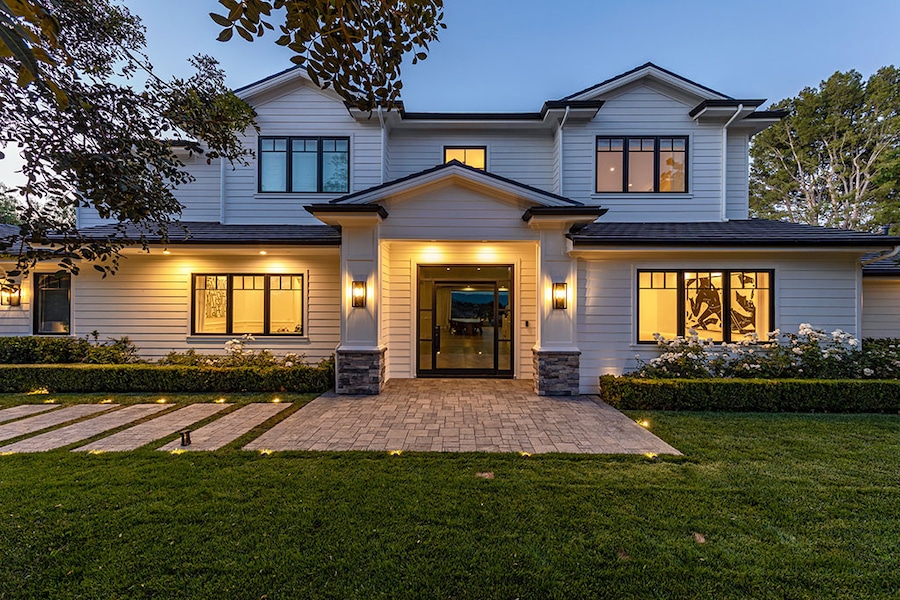 This larger-than-life property exudes that traditional East Coast-inspired grandeur with a touch of contemporary style. 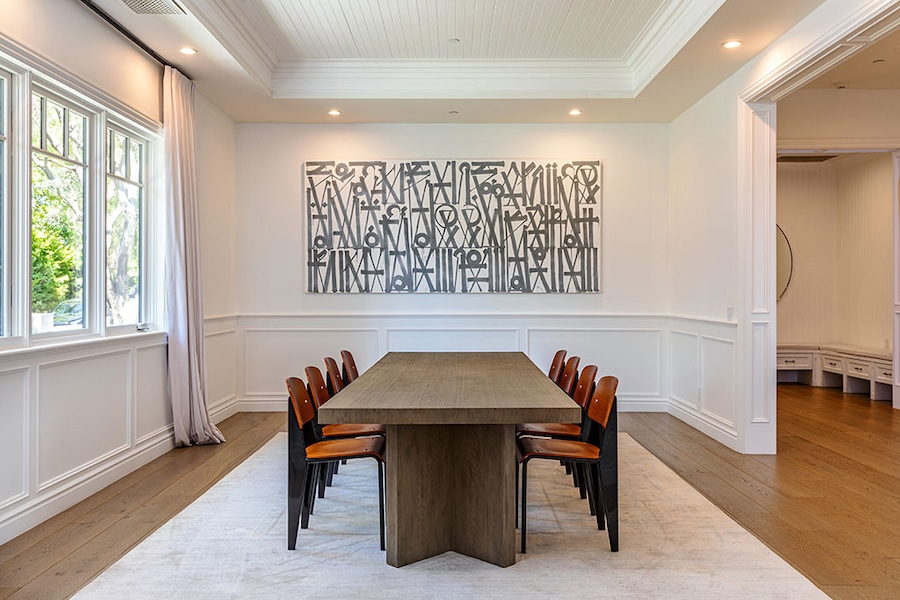 Having company over? Fret not because this $13 million mansion has a spacious dining room, so go ahead and invite all of your friends over. 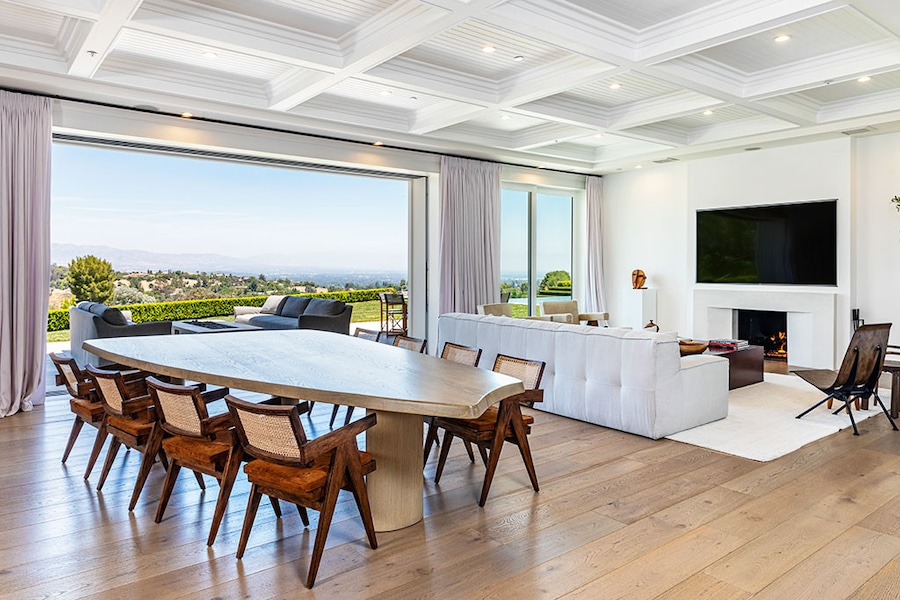 Can't decide where you want to spend your time? Luckily, the open-space concept of the home allows for the living room and seating area to be next to each other. 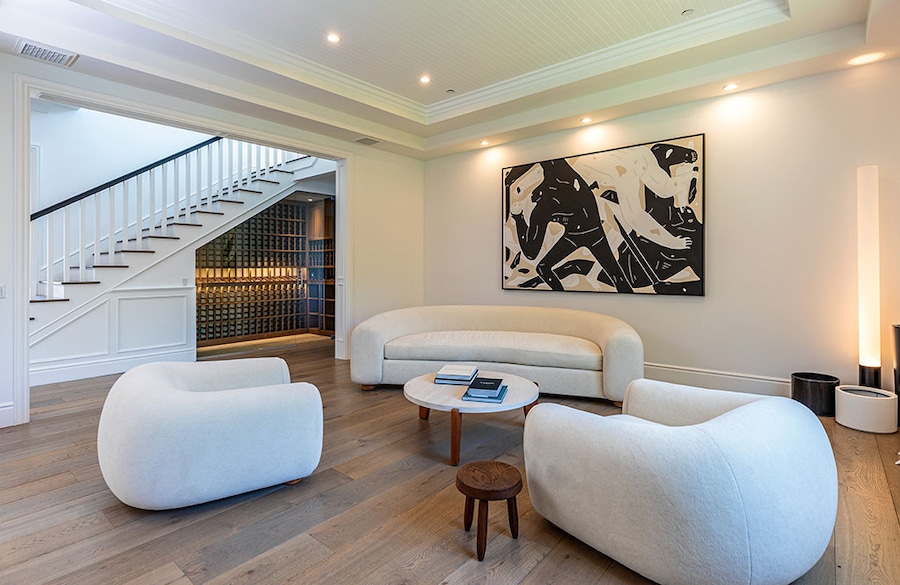 From vibrant artwork sprinkled through out to modern furniture and chic décor, this estate has it all—even an impressive wine cellar! 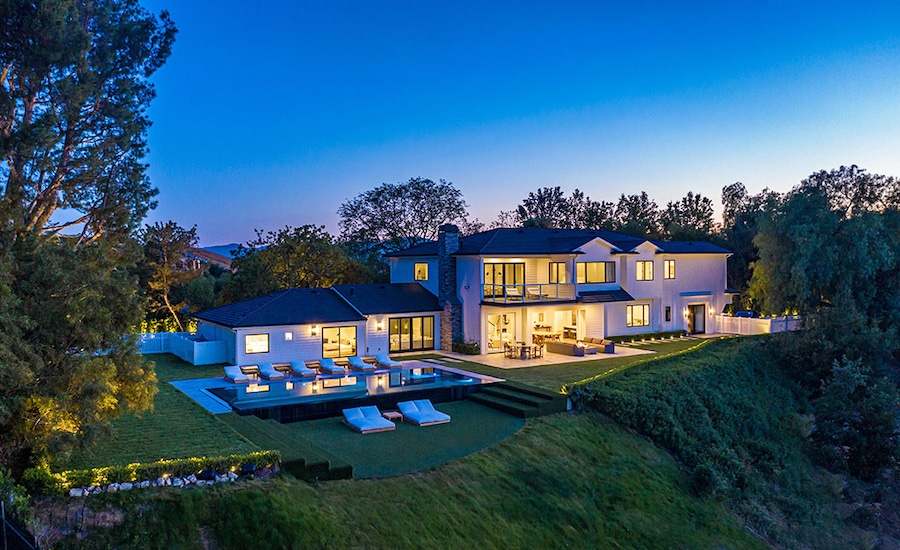 Scott Disick's 8,110-square-foot home is located on a private cul-de-sac in the Los Angeles neighborhood of Hidden Hills to ensure the utmost privacy and seclusion. 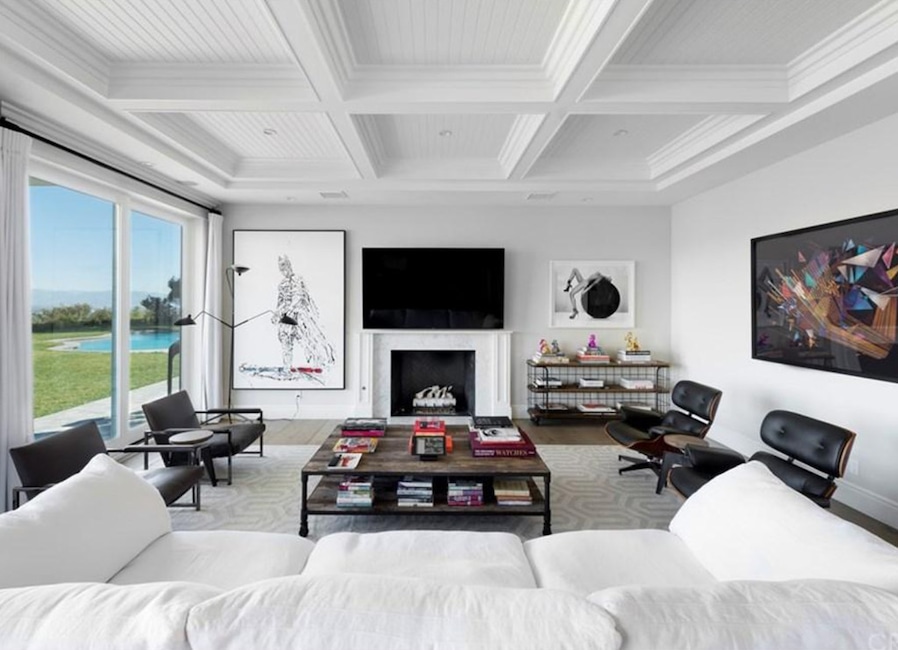 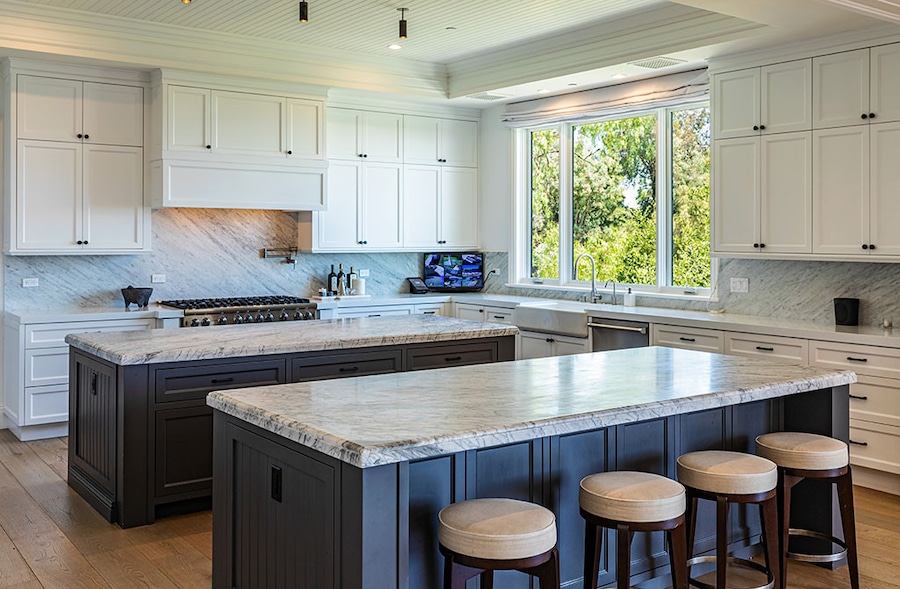 A double island chef's kitchen is outfitted with state-of-the-art appliances and opens up to the aforementioned living area. 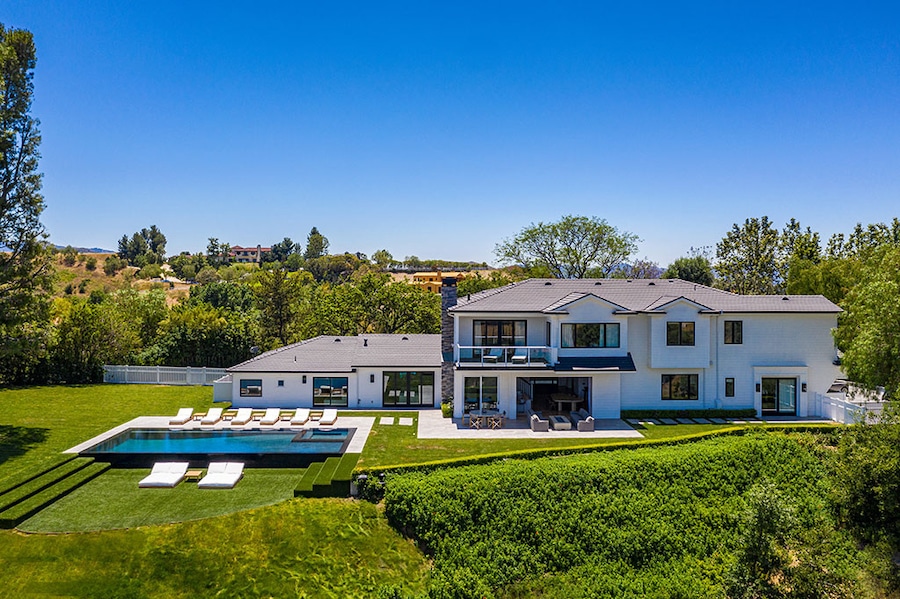 The reality star's mansion sits on a 1.3-acre lot overlooking an incredible view of the City of Angels. Expect to take a dip in the massive swimming pool and spa, which anchors the landscaped grounds and a patio area perfect for entertaining. 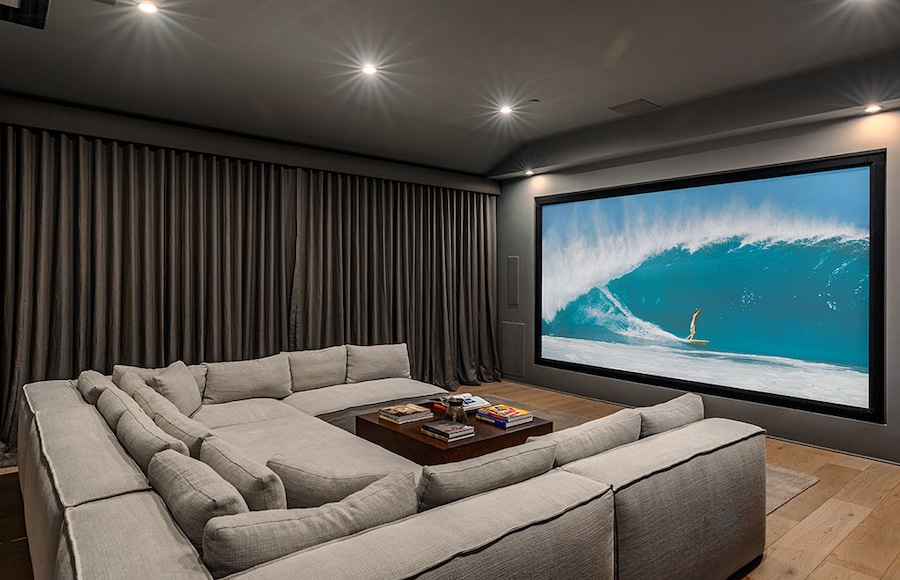 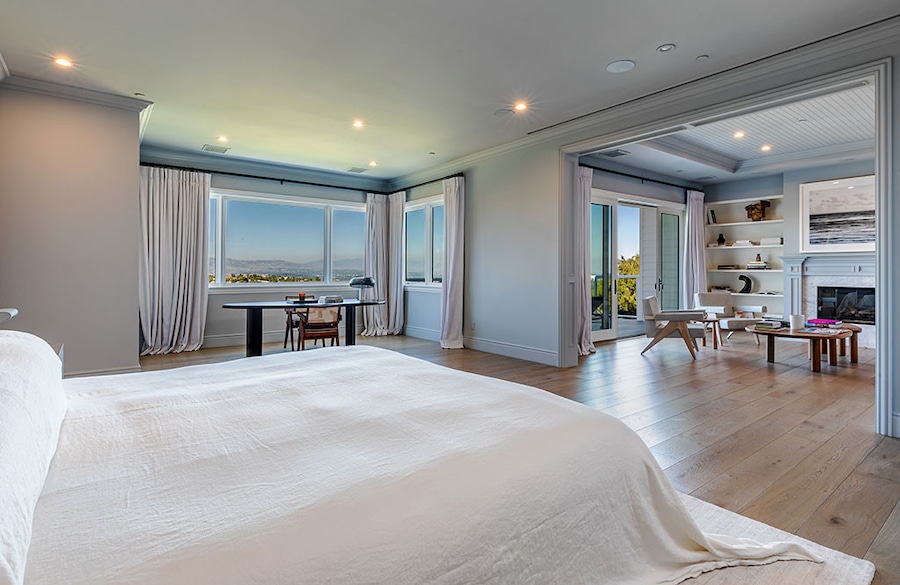 Inspired by a hotel suite, Disick's expansive room features an adjacent sitting room with a fireplace and balcony. Plus, custom designed dual closets. Not too shabby! 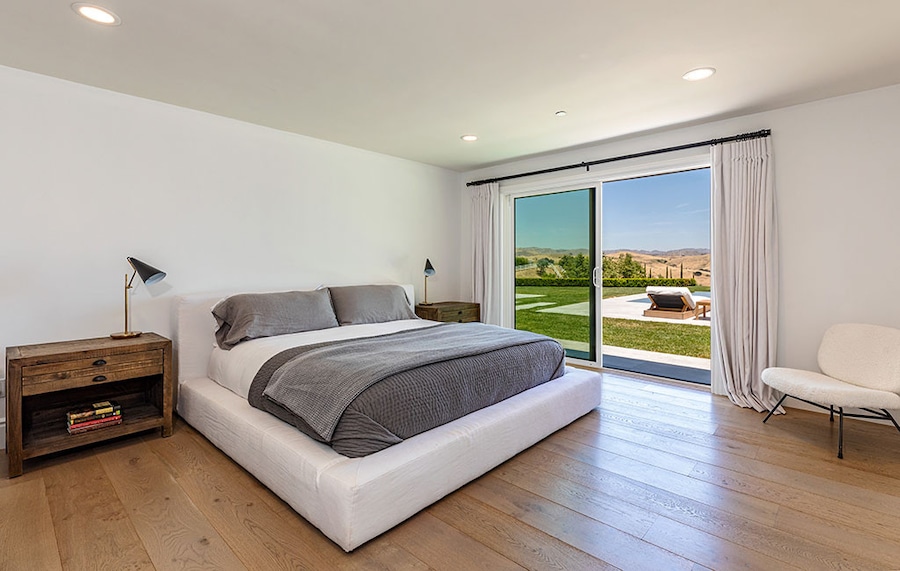 This exterior room is accessible by a separate entrance. Perfect for out-of-town guests and visitors! 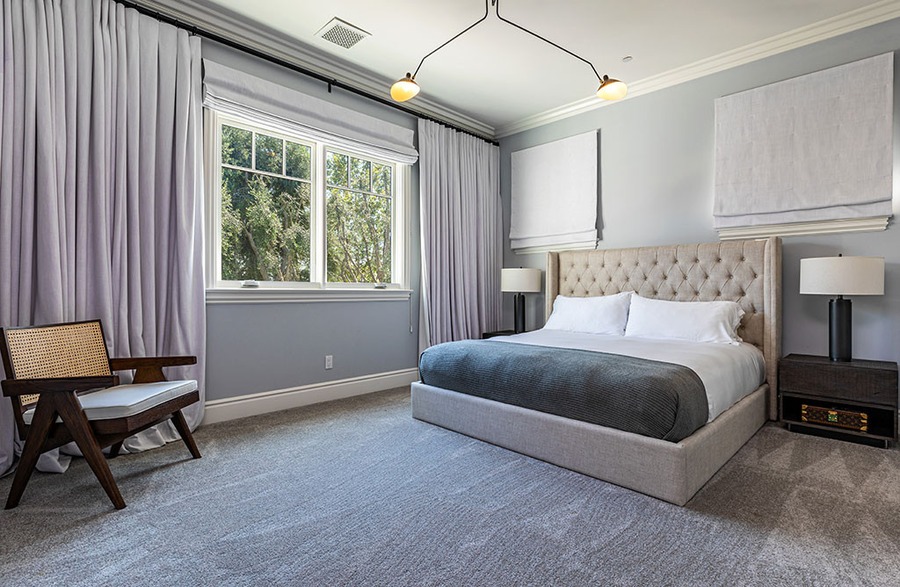 Scott's abode boasts seven bedrooms. Here's a look at one of the spacious rooms. 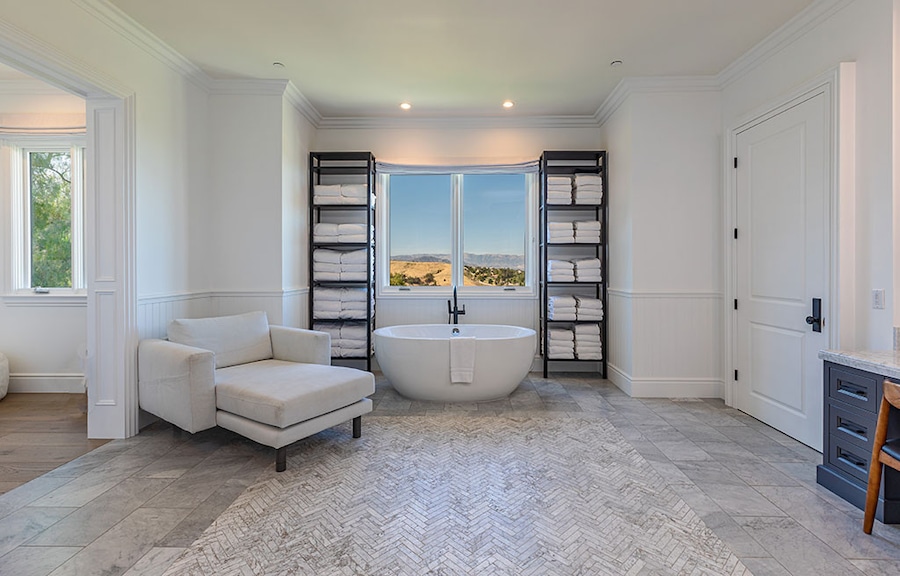 Then there's the master bath quarters, which is most likely modeled after a spa. 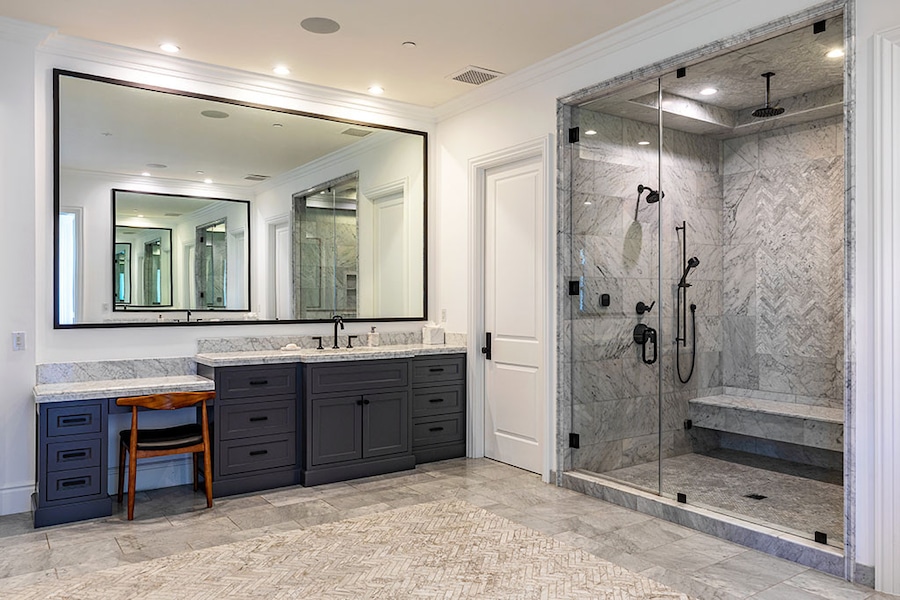 This isn't any old shower. Scott's is made completely of marble and features a showerhead on the ceiling. 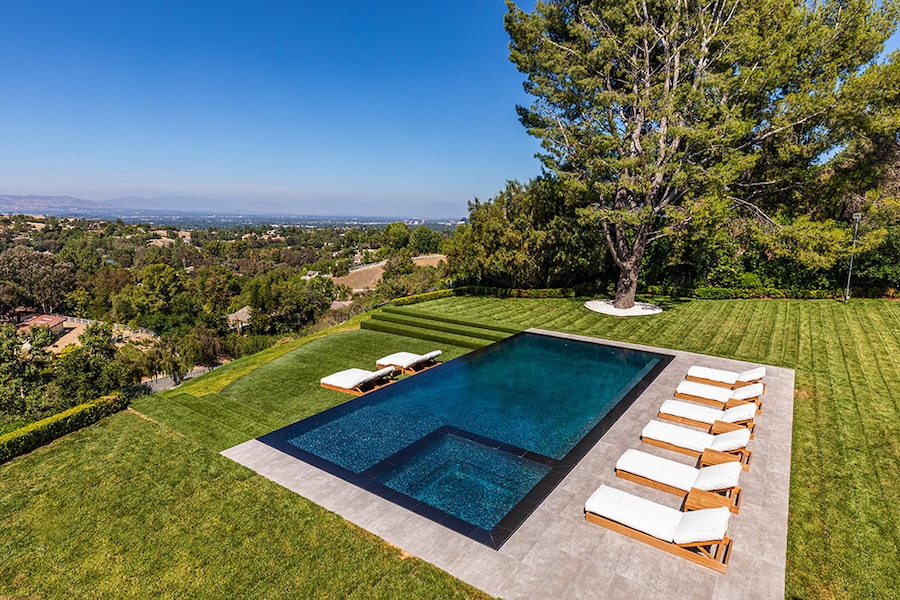 As there's beautiful year-round weather in Los Angeles, we suggest cooling off in the large swimming pool. Plus, the chic lounging chairs and large backyard just might inspire you to spend more time outside.