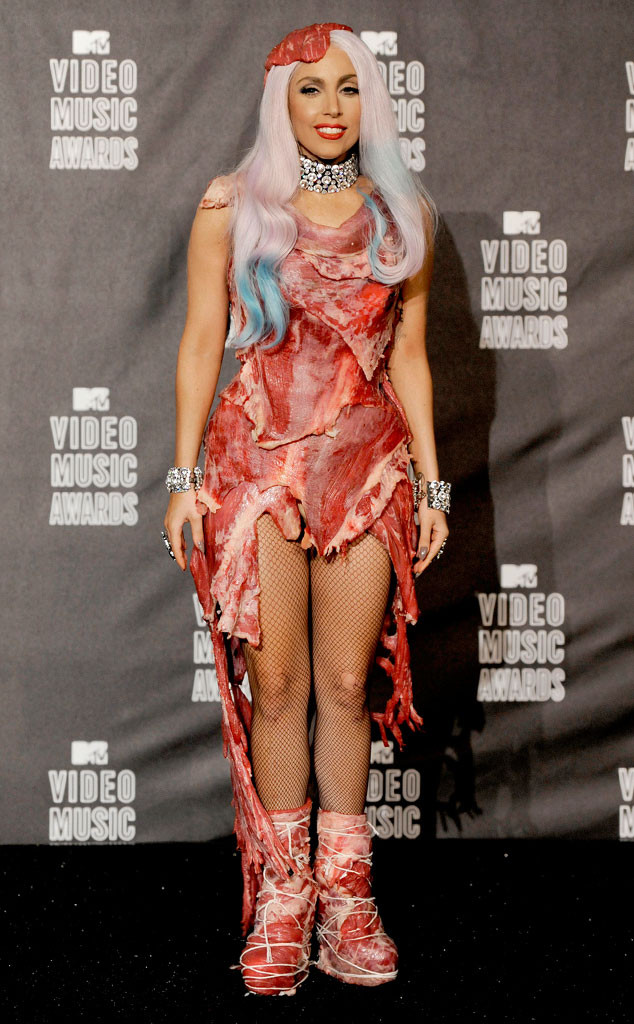 Year after year, the MTV VMAs always find a way to up the shock factor.

This is, after all, the annual show that has gifted us with moments such as Miley Cyrus twerking on Robin Thicke, Kanye West interrupting Taylor Swift mid-speech and Britney Spears sharing a steamy kiss with Madonna onstage. So, it should come as no surprise that the fashion game is just as bold and entertaining.

Indeed, the jaw dropping escapades actually kick off on the red carpet, where our favorite celebrities are celebrated for pushing the limits and blowing us away with their creativity.

Who could forget when Nicki Minaj rocked remnants of stuffed animals on her legs or when Lady Gaga chose a meat dress designed by Franc Fernandez? (ICYMI, the Oscar winner has since loaned the look—boots and all—to the Rock and Roll Hall of Fame.)

And even when we think we've seen it all, someone arrives clad in an ensemble we couldn't have put together in our wildest dreams.

So, there's no doubt the fashion at the 2019 MTV Video Music Awards will be any different.

Ahead of music's hottest night, keep scrolling to relive the riskiest looks from years past. Here's hoping an A-lister rolls through wearing some sort of food! 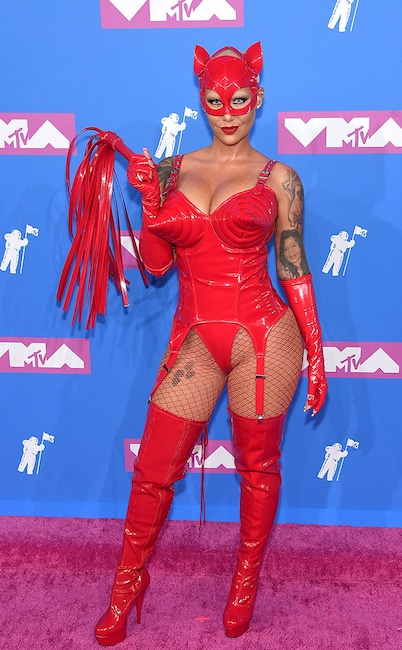 The models opts for a bondage-inspired, red latex bodysuit with a cat mask, over-the-knee boots and a whip in hand for a very sexy look. 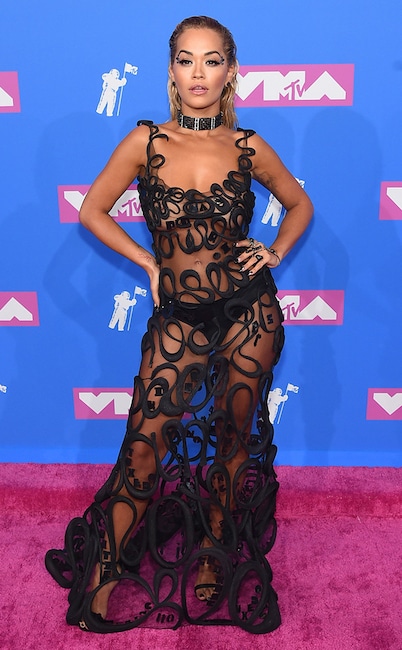 The singer goes for a sheer gown, chocker and jewel-accented eyebrows. Do you love it? 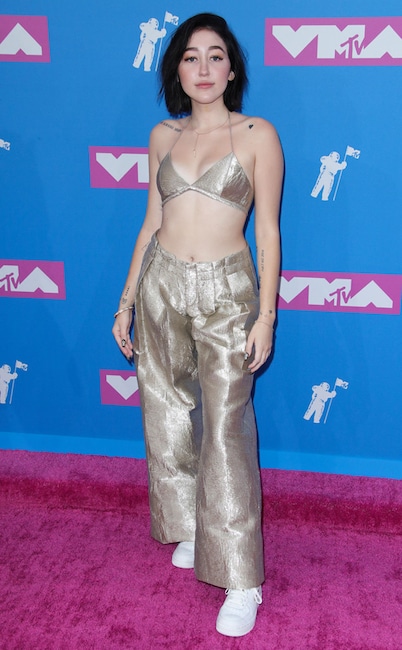 The star opts for a bralette on the red carpet. Paired with the oversized pants and sneakers, we think the singer may have pulled it off. Thoughts? 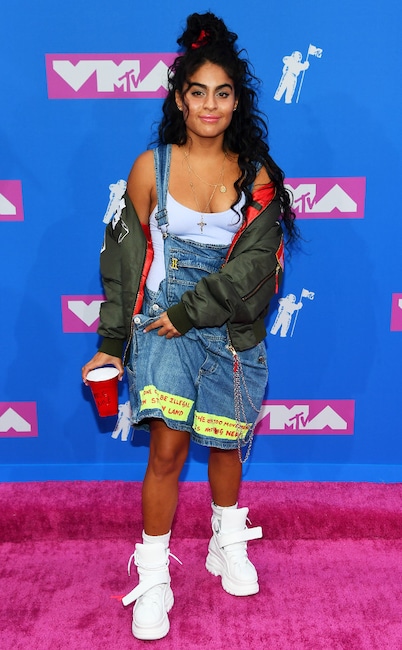 With the oversized overalls, sneakers, bomber jacket and red cup, the singer looks she's ready for back to school. 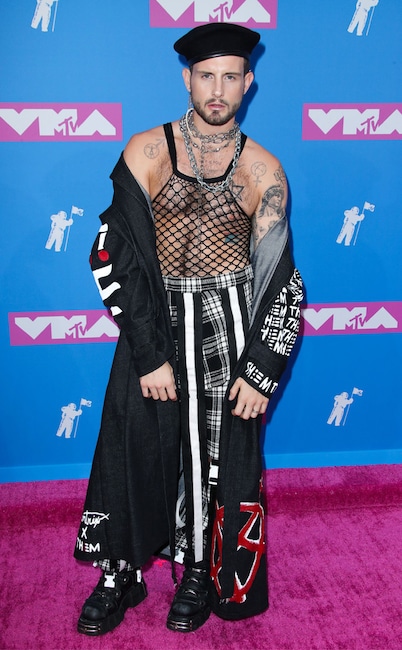 Between the fishnet tank top, beret hat, graphic duster and multi-patterned pants, this actor is presenting new trends on the red carpet. 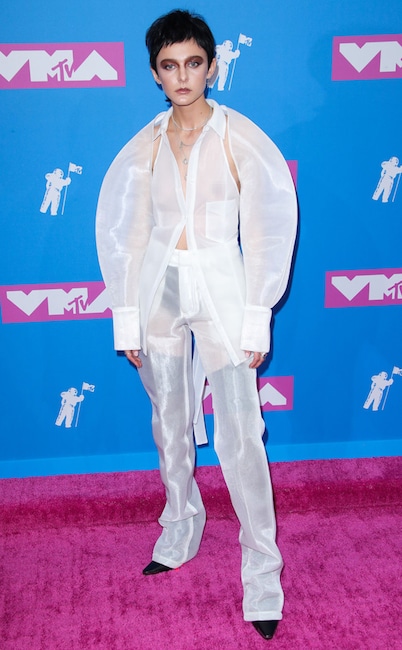 The "YOU" singer realized her last name with an all-white ensemble, made of sheer fabric. She opted for black accents, including ger undergarments and shoes. What do you think? Is her outfit heavenly? 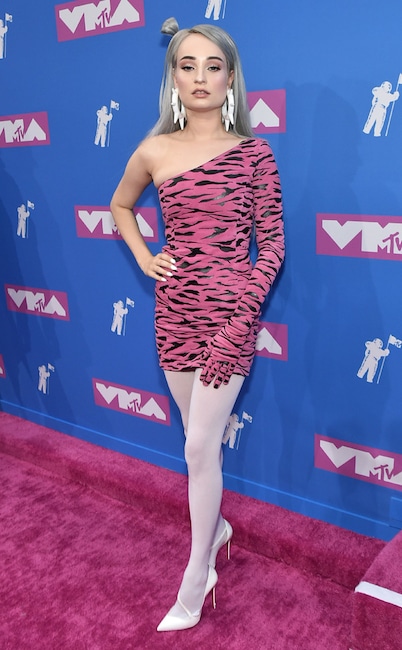 The singer wears a zebra-printed mini dress with white opaque tights and white pumps. Do you love it or hate it? 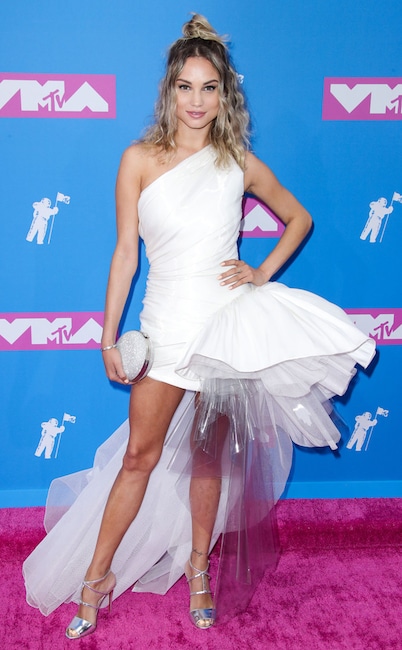 The Sports Illustrated model adds a large floral accent to the hip of her asymmetrical mini dress. It's a large addition, but does it make a positive impact on the overall look? 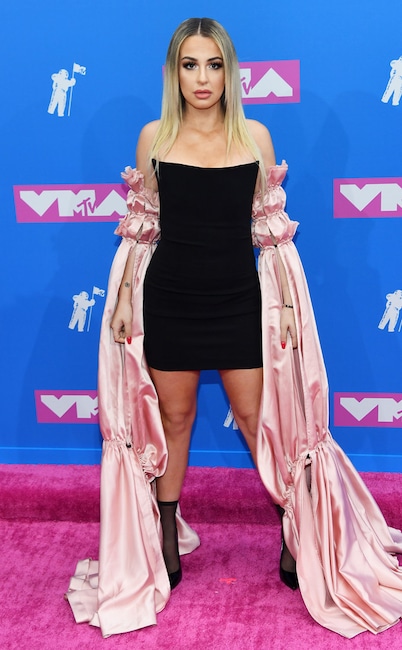 The YouTube star takes the oversized sleeve trend to another level with floor-length, pink sleeves. Paired to her simple LBD, it adds major drama. 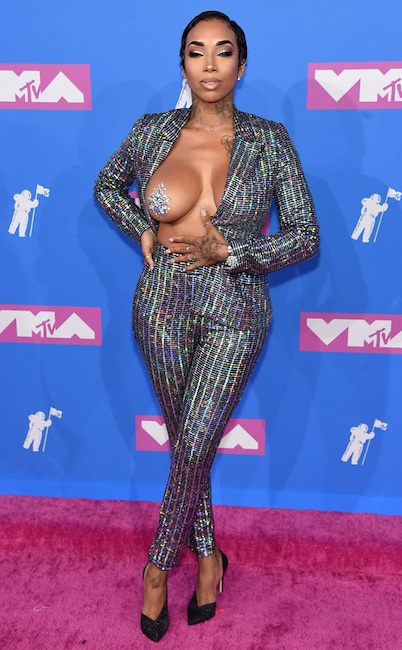 Sky appears on the red carpet with a sparkling suit, but trades in a shirt for nipple pasties. This isn't the first time we've been pasties on the red carpet, but that doesn't stop it from being a conversation-starting look.

The VMAs and the pre-show will take place live from the Prudential Center in Newark, N.J. on Aug. 26.